Making up for lost time...the art of spontaneity. I'm like a kid in a lolly shop at the moment.
No really. Just like that: I am so greedily scooping up all that this fabulous city has to offer,
now that it is on my doorstep instead of a one hour commute away,
that every spare minute is crammed to perfection with spontaneous outings.

And while I used to travel the commute both for work and for outings,
being of the nature of one who never likes to miss out on things,
there is something about not having to plan a journey,
to be utterly spontaneous,
which feels like I am making up for lost time. 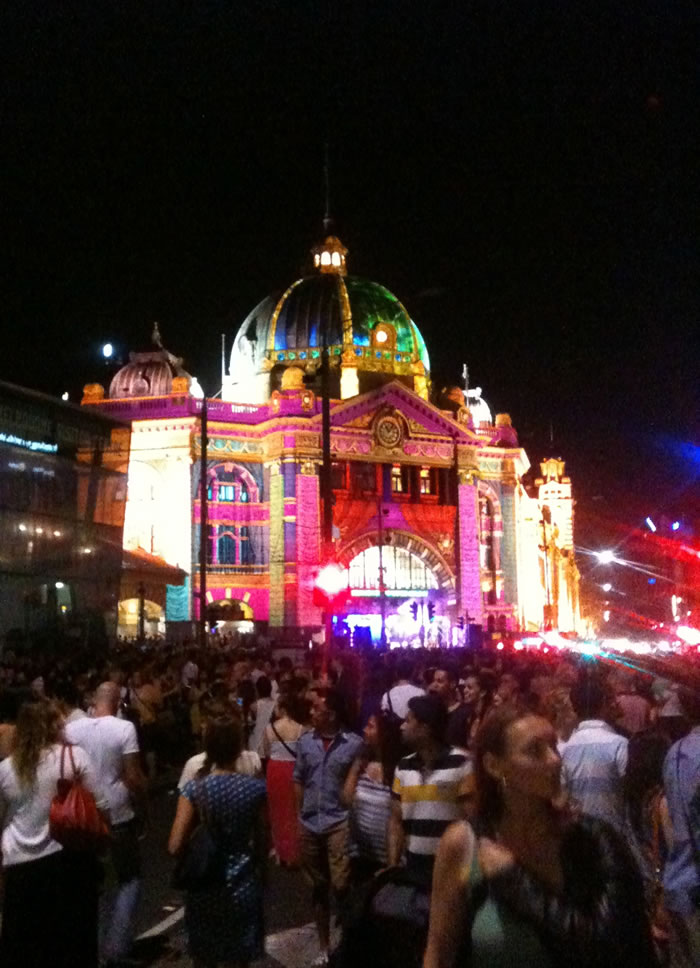 So on Saturday night,
when the 2 older teenagers excused themselves after the family dinner,
(as my elderly parents are currently over here from Adelaide, which is delightful)
announcing they were meeting friends at the inaugural White Night in the city,
my husband and I looked at each other,
and thought, in the same moment,
"Why not?" 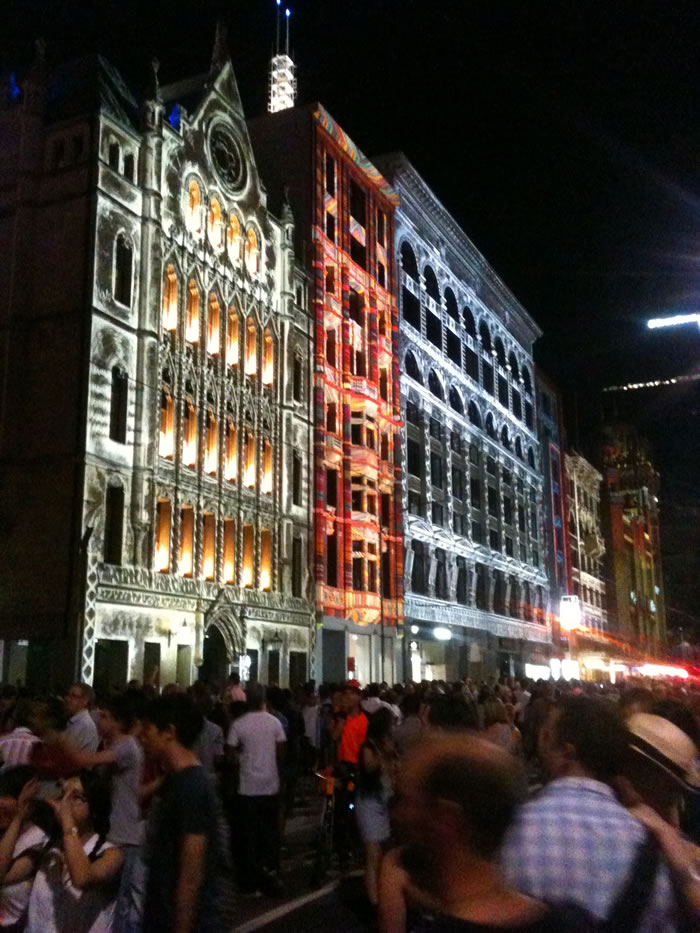 Now, back in the day when going out meant going out at midnight,
and nary a moment before,
it was partly the spontaneity which made it exciting.
And I had forgotten just how fun that is.
So we jumped on a train late in the evening,
packed to glory with a surprising number of people our age,
as well, of course, as younger ones,
and headed into the city.

Flinders Street had become a fairyland of imagination, coloured story lighting and mesmerised wonder
as people drank in the atmosphere of a warm summer night
and the magical effect of light in a dark sky.
So many choices. Should we grab a torch and explore a Night at the Museum?
Go on the Ghost Tour at the Performing Arts Complex at 3am?
See Cat Empire play live at Flinders Station?
Or Jazz at Degraves Street at 4 am? 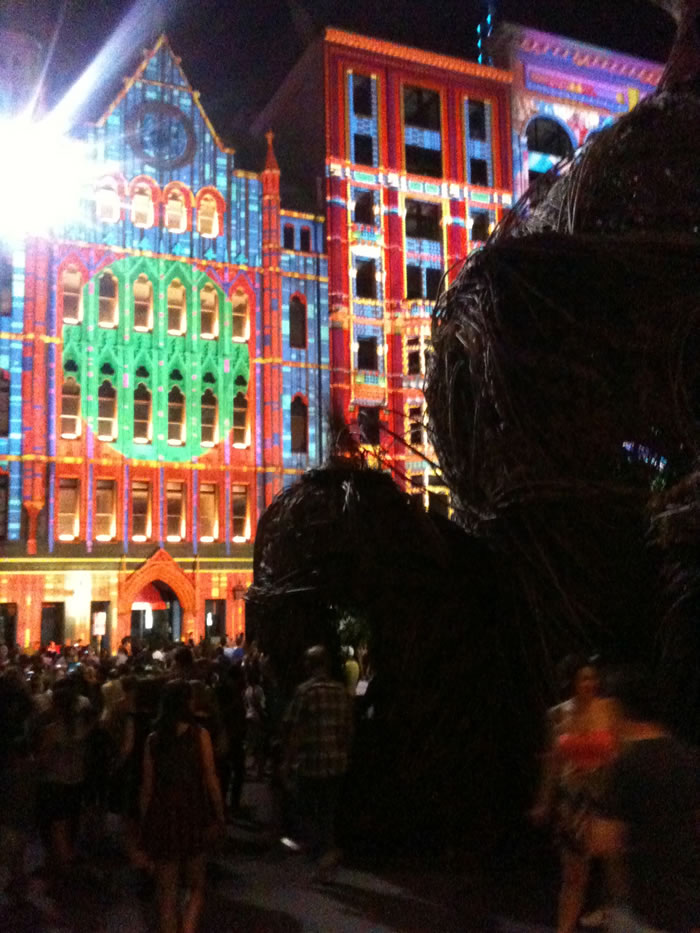 We strolled to Fed Square, where hundreds of mirror balls had been strung over the piazza,
and followed the steps of an Indian pop dance teacher,
along with a good few thousand of our other classmates.
Because Melbourne, it seems, loves to dance, loves to party, loves art, loves spontaneity,
and this was all four.

After listening to live jazz in the NGV for a bit,
as a backdrop to the fabulous art,
and revelling in the naughtiness of being in an art gallery after midnight,
we moved, in the swaying mass of people,
along the banks of the Yarra River to see more art, more music, more lights and more colour,
with giant turtles and jellyfish rising out of the river,
cast by laser light against the spray of a 40 metre fountain,
then swooping and diving back, deep, deep down into the water.

And as we walked through this magical wonderland,
the heady aroma of Lemon Scented Eucalyptus trees
(from those majestic creatures lining the banks of the river)
wafted down as perfume on the crowd.
As if the visual delight were not enough - the trees added the luscious element of scent. Pure heaven.

We arrived home in the wee hours of Sunday morning,
delighted with the charms of a fabulous event. 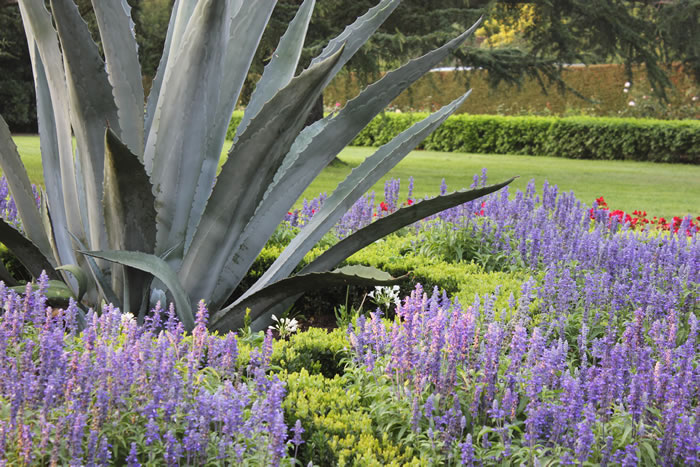 The next morning, as we walked through the parklands on the way
to a favourite cafe for Sunday breakfast,
we reflected just how much pleasure can be derived from being spontaneous. 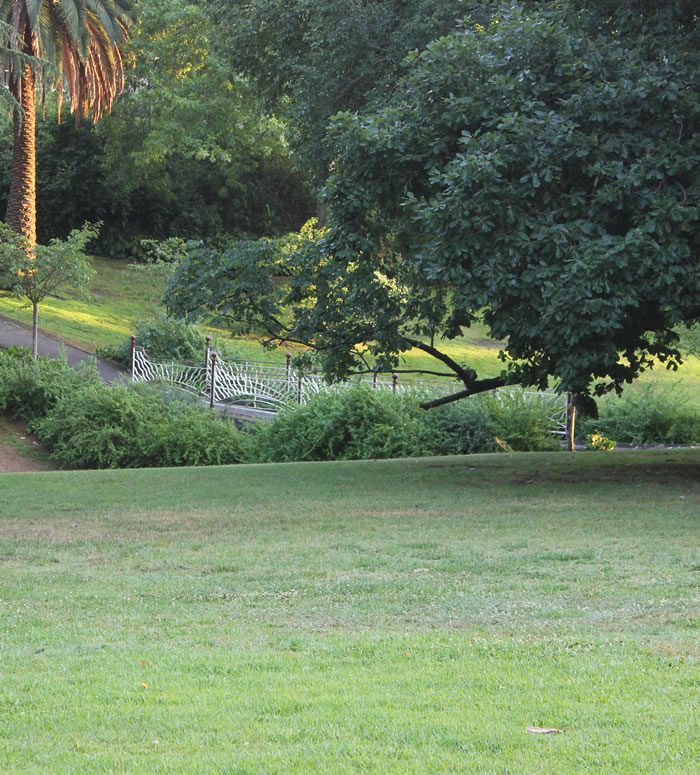 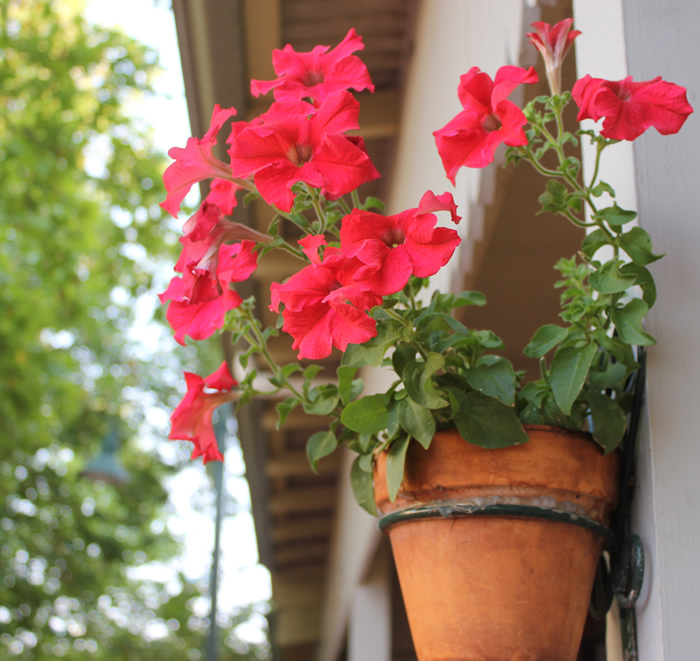 Yes, sometimes anticipation is wonderful
(like when planning an overseas trip: the more months to plan, the more fun it becomes),
but sometimes, just throwing planning to the winds of caution,
and riding that wave of opportunity,
can be an incredibly fabulous burst of energy.