If you love Art Deco, do you love this? 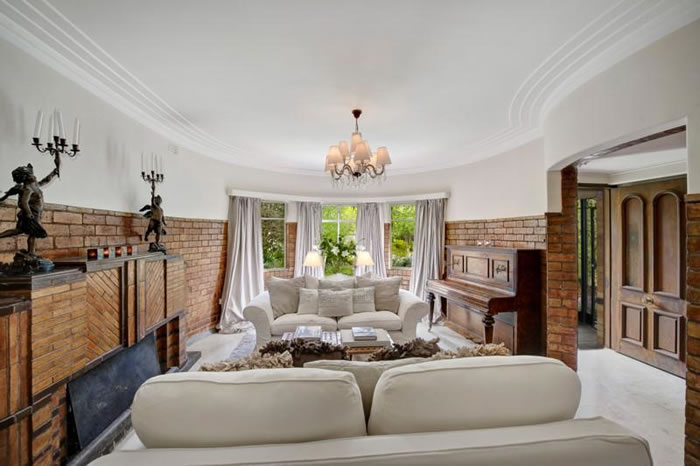 With sweeping curves,
both from adept bricklayers + master plasterers,
the Waterfall style is a rather charming sub-style of Art Deco.
And this house, in Melbourne's very leafy Mont Albert,
and sold just recently,
is a fabulous example of the bold, elegant style. 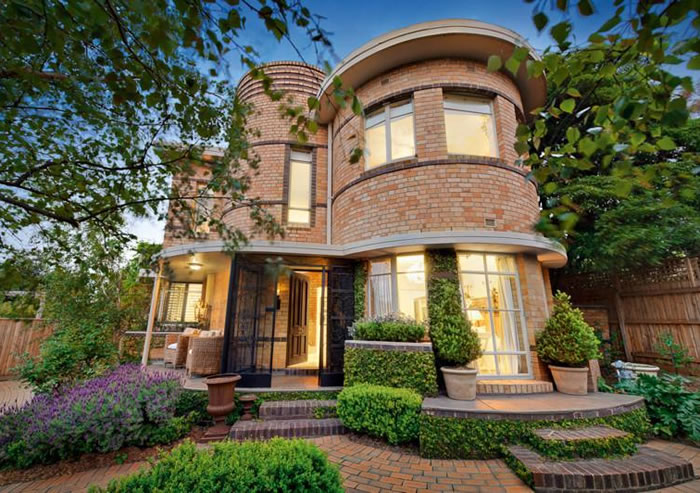 The house was built in the 1940s,
and you can see some of the Moderne style creeping in,
with a concrete fascia at mid and top level.
Waterfall Art Deco houses often have curved glass,
but this one has used more easily obtainable faceted windows instead. 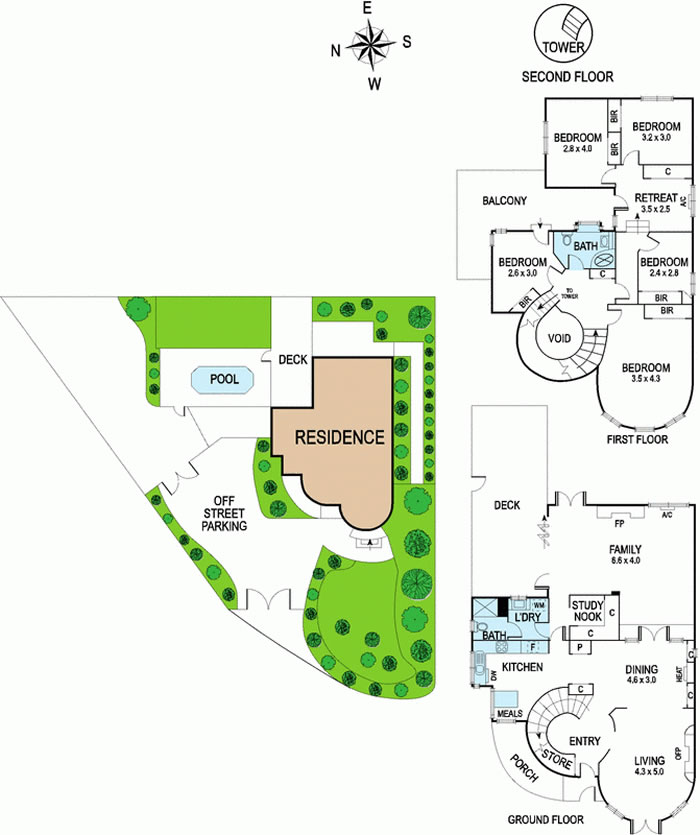 And who wouldn't fancy the romantic notion of a turret?
Has always appealed to me,
although I don't really know why - as towers aren't terribly practical,
especially with our fast-paced style of modern living,
where every minute walking up and down the stairs would almost be tallied.
(Good for the legs, though...)

But just the same, I imagine it would be a fun thing to have,
especially at the very top, as a delicious spot to curl up with a good book. 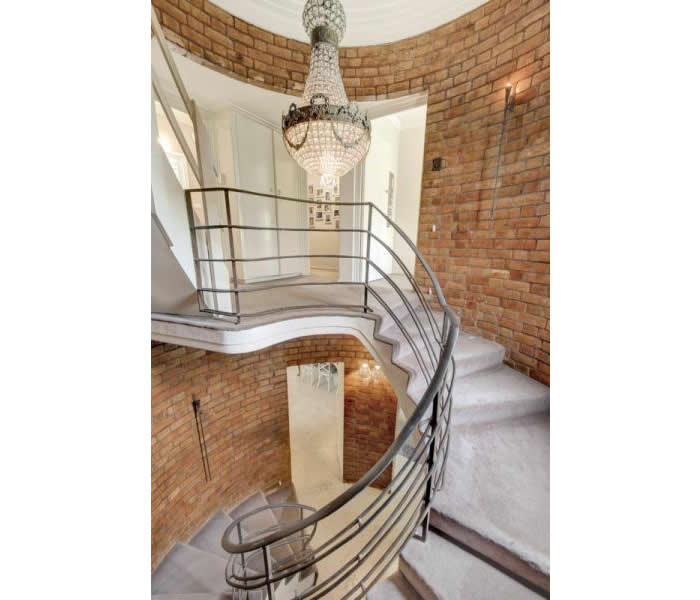 It's a really interesting mixture of styles and textures,
and rare that the beautiful masonry brickwork has not been rendered in the stairwell,
as was often the case in the Waterfall Deco style. 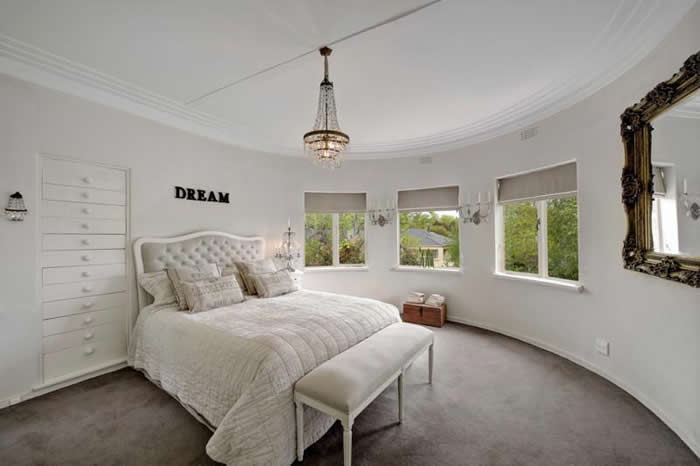 Curved walls are so incredibly fabulous at creating an other-worldly atmosphere.
Sadly, they are so expensive to build that they rarely make it past planning stage
in most people's dreams. 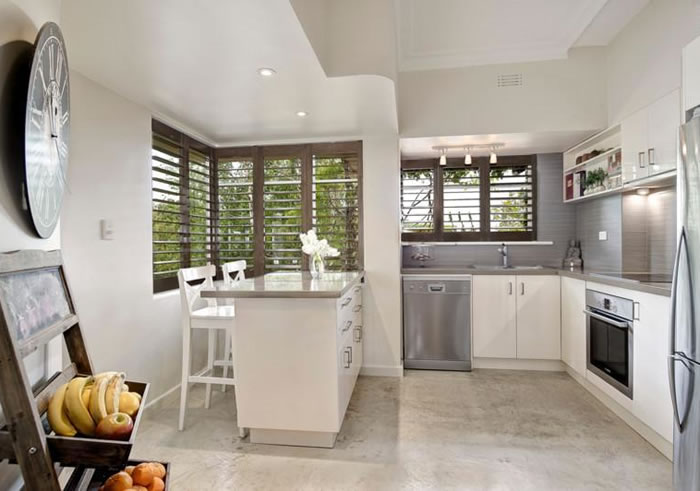 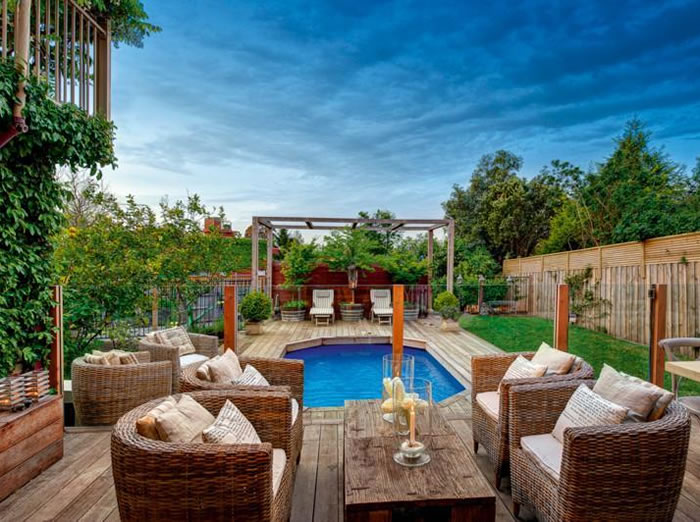 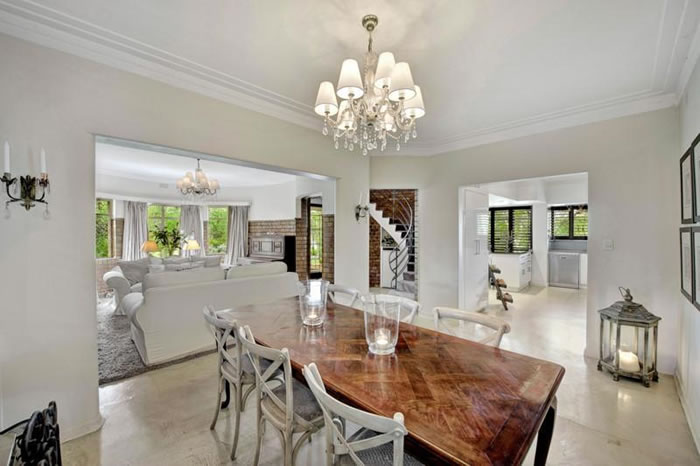 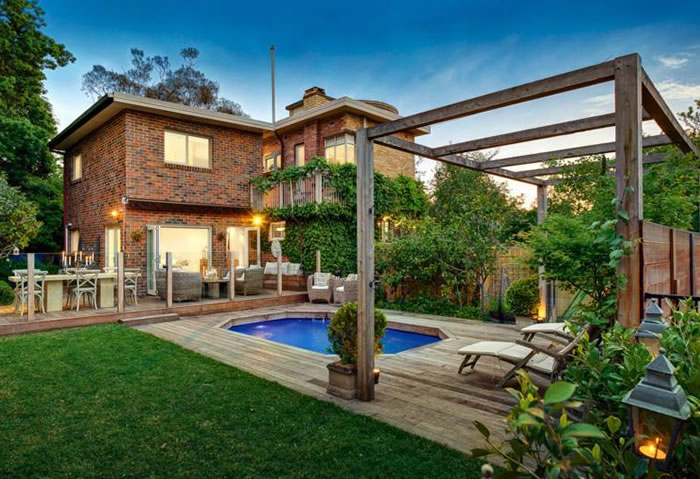 Can definitely imagine some rather swish cocktail parties in this house!
Do you like it?