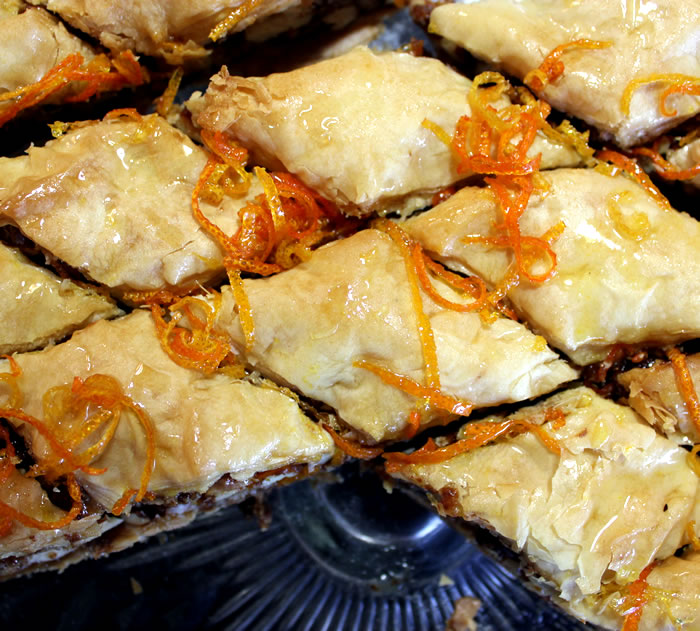 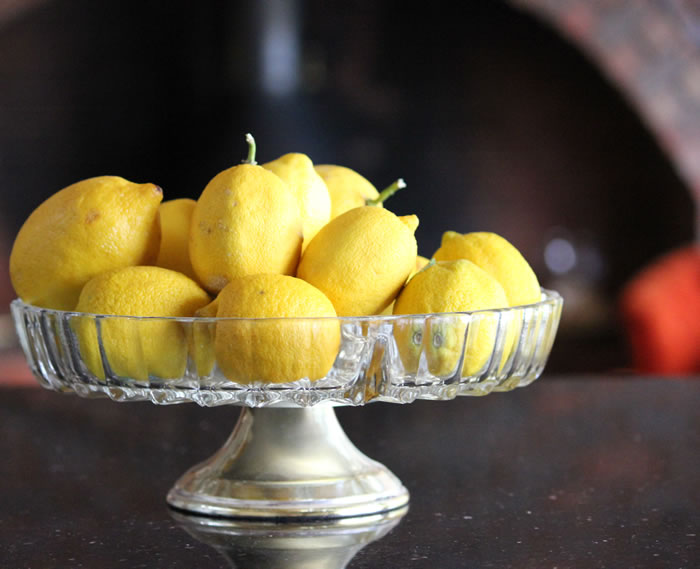 Layers of flaky, buttery pastry,
the crunch of sweet Australian almonds and freshly cracked Californian walnuts,
all utterly drenched in star-anise-tinged citrus + honey syrup.
I'm talking about baklava,
and despite being one of the most sublime pastries on earth,
perfect with a little espresso or two,
it's actually rather easy to make... 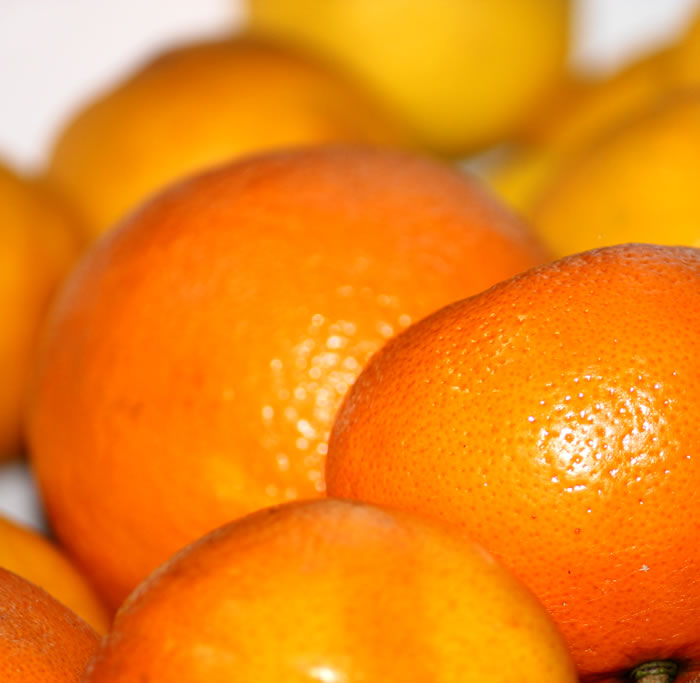 When invited to a cocktail party the other evening,
I asked my husband what we should take to share.
"Baklava", he replied in a micro-second.
"Is that cocktail food?" I pondered,
thinking more along the lines of something savoury.
"It's the perfect thing at the end of the evening with a little coffee.
And who doesn't love baklava?" he reasoned. 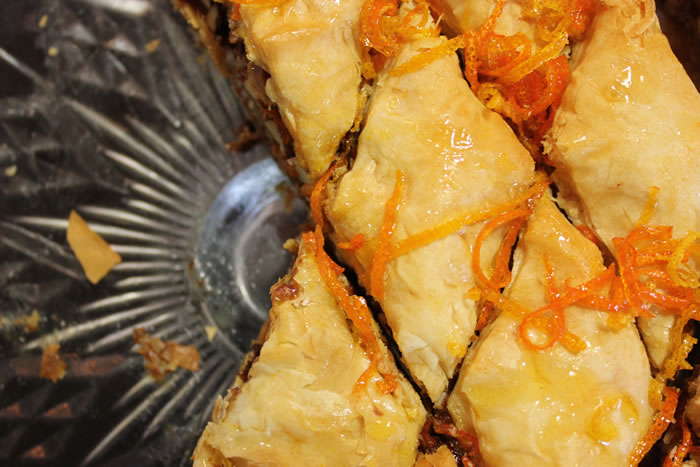 It's really more of a method than a recipe,
because I never actually measure the ingredients,
preferring the ratio of nuts to spiced honey syrup to vary according to my whims and the season.
But this is roughly how it goes...

In a food processor, blend butter, spices & honey until creamed.
Add nuts to machine,
whizzing just until the nuts are broken into small chunks.
Set aside mixture.

Separate fillo pastry sheets into 2 - roughly equal amounts.
Butter a baking dish and begin laying fillo into it,
2 sheets at a time,
brushing with more melted butter between layers.
Cut off any trimmings,
add to the base,
then arrange the honey/nut filling over the top,
pressing down to even it out.
Repeat with remaining pastry,
adding brushed melted butter to every second sheet as before.
Cut through the baklava to make diamonds to a size approx 1 cm,
making sure to cut all the way through to the bottom layer.

Meanwhile, to make the syrup...

Combine the zest + juice of half a dozen citrus
(I used tangelos, lemons, and oranges this time,
but lime is also fabulous),
2 cups sugar,
1/2 cup honey,
3 star anise,
a cinnamon stick,
2 tsp ground cloves
into a saucepan and bring to the boil.
Simmer gently, stirring occasionally,
while the baklava bakes.

Remove the whole spices & pour hot syrup onto hot baklava as soon as it is baked,
allowing it to cool somewhere where the divine scent will drive any household occupants to distraction. 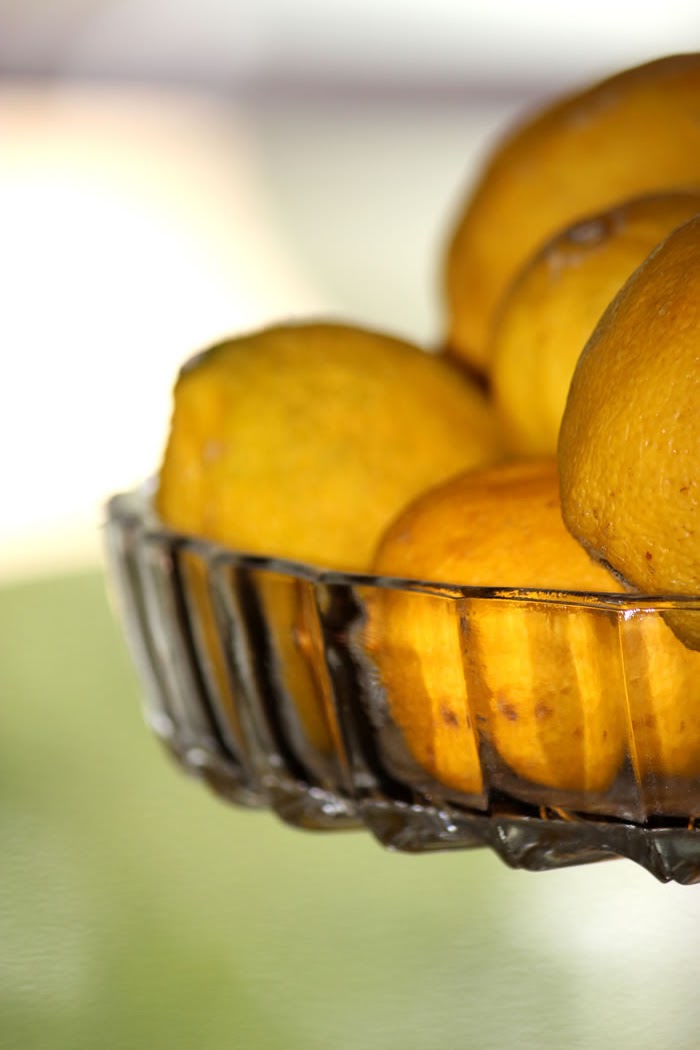