Would you like to live in a Frank Lloyd Wright house??? 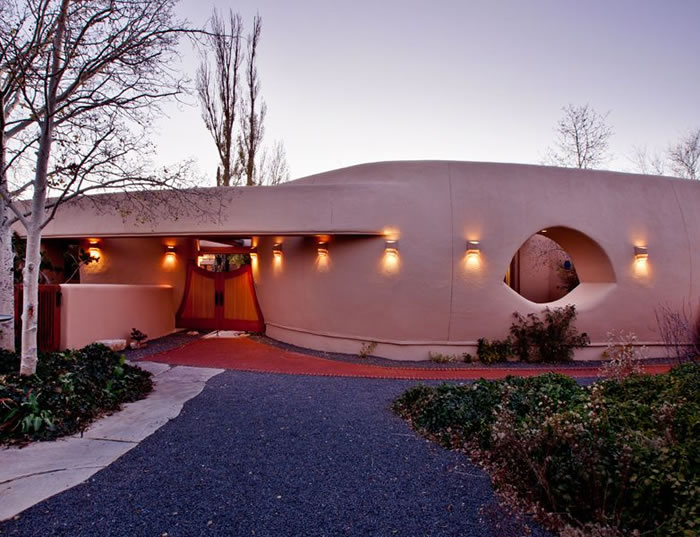 Designed by Frank Lloyd Wright in 1928,
but not built in his lifetime,
this rather extraordinary adobe house is on the market. 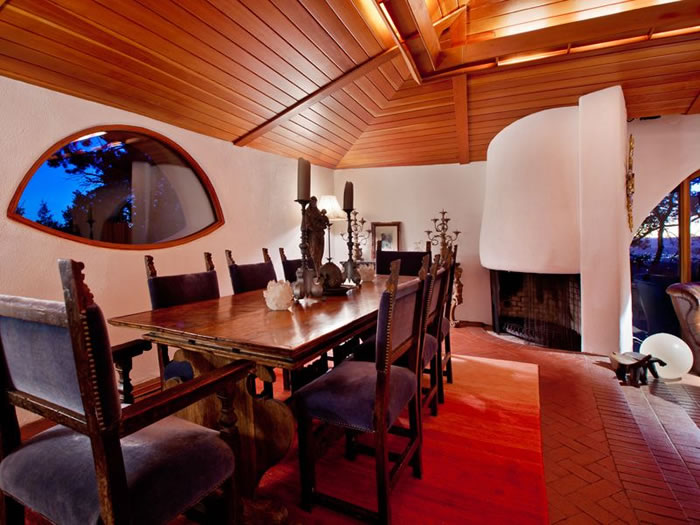 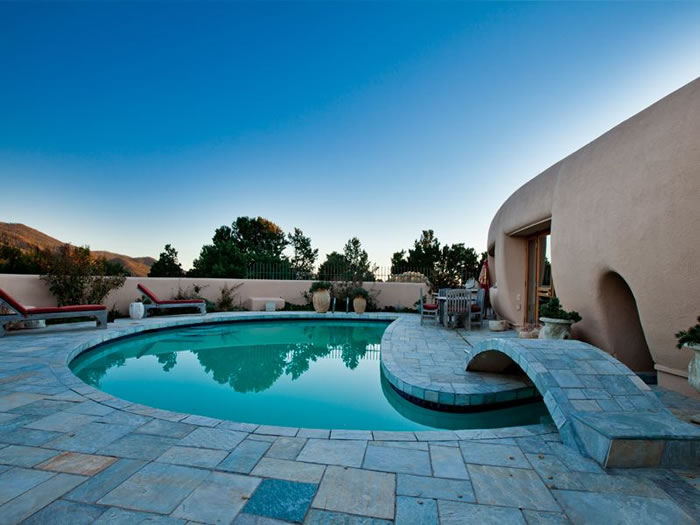 The legendary architect originally designed the Pottery House for a site in Texas,
modifying and tweaking the drawings up until 1942.
At his death, the original commission had lapsed,
so the design became part of his archived estate. 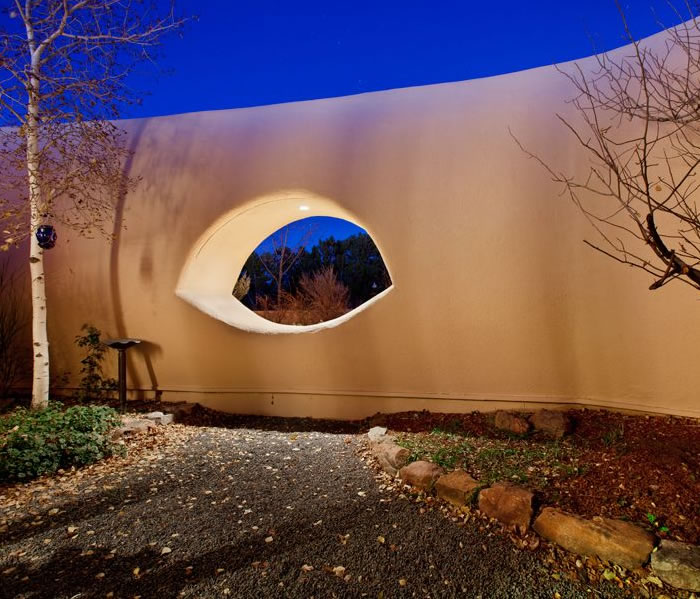 Fast forward to 1983,
when a developer purchased the design,
with modifications,
from Taliesin Architects,
to be adapted to a new site in Sante Fe. 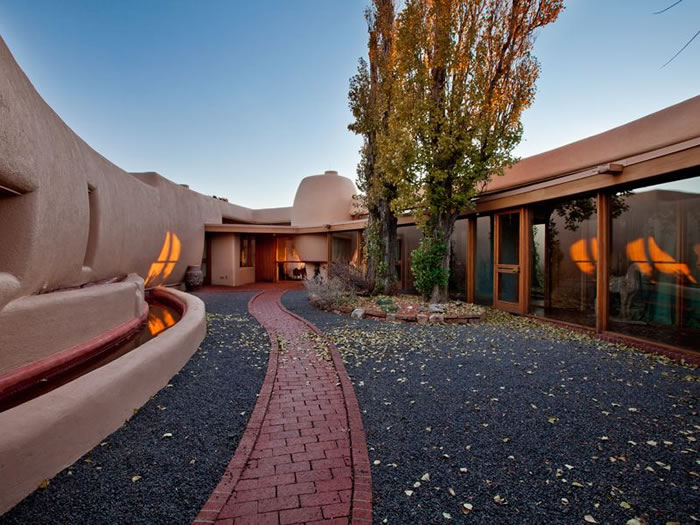 It was constructed in 1985,
as the only adobe house which FLW designed. 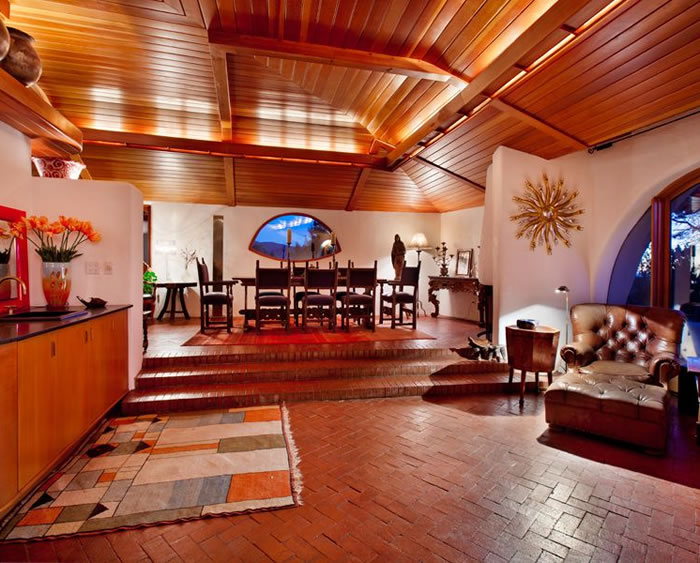 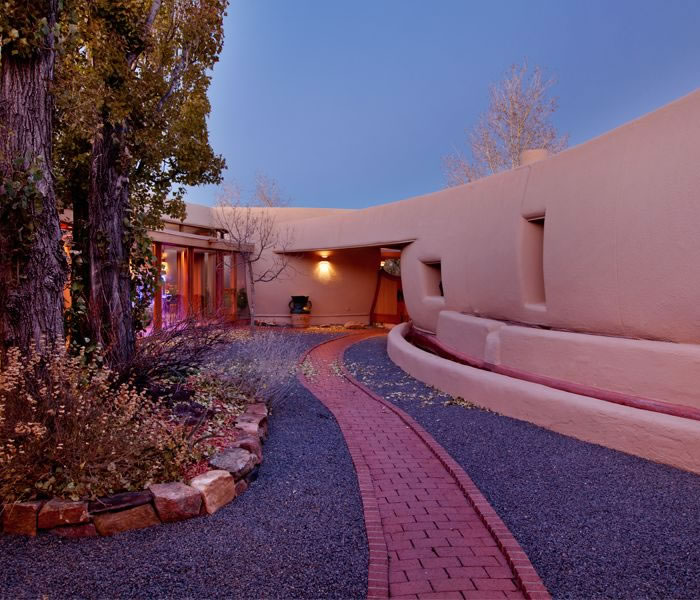 It's currently for sale for US$4,750,000
through Sotheby's.
What an extraordinary piece of architectural history to own.
Do you think it makes a difference to its integrity that it was built after the architect's lifetime?
Or is the value in the design regardless?
An interesting thought to ponder.... 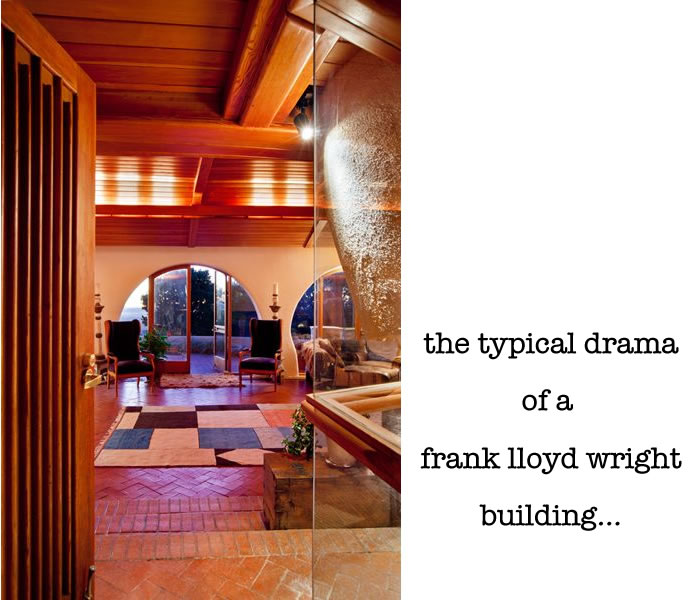 One thing is for certain: the building has the characteristic soft drama
of Frank Lloyd Wright's design.
And it is a fine tribute to the architect who probably had more influence on domestic design
than any other before or after.

Would you love to live here?

Labels: Frank Lloyd Wright, Would You Love to Live Here?