The Salter House by Walter Burley Griffin is on the market. That's rare... 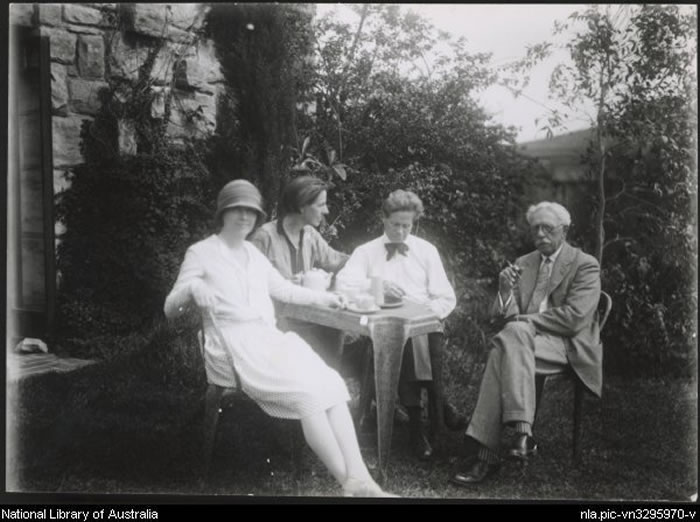 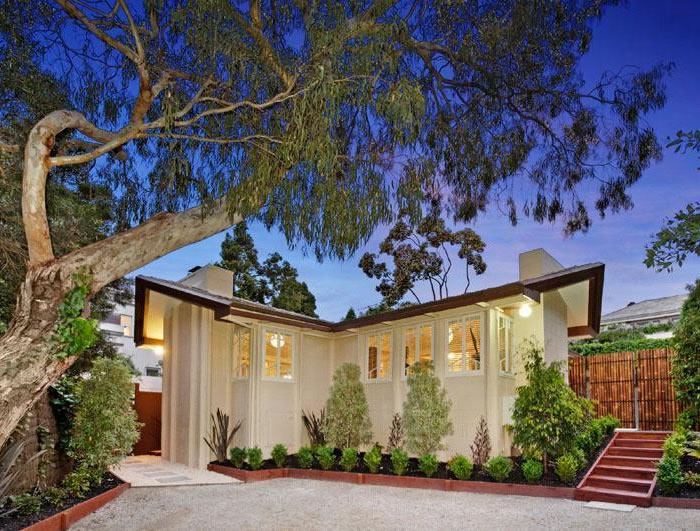 As we are on a roll lately with houses holding architectural history merit,
with the Frank Lloyd Wright house and the 1960s house,
I can't bear to let this little gem slip through.

Designed in 1922,
by the American architectural duo of Walter Burley Griffin & Marion Mahoney Griffin,
the Salter House is up for sale for only the 3rd time in its history.
It's one of the few houses designed by them which are still left standing in Australia. 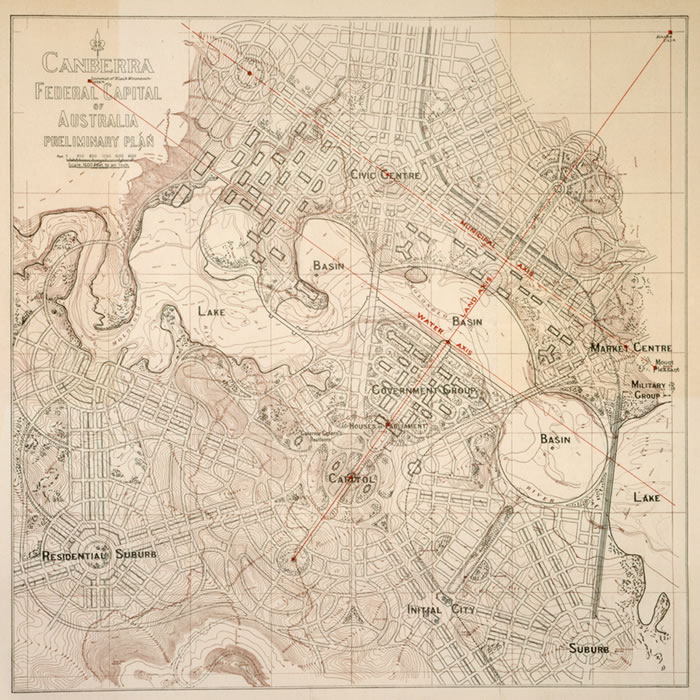 Now while Mr Griffin is much more famous for having won the international competition
to design the new national capital of Canberra, in 1912,
with a plan heavy on circles,
(and the subsequent falling out with his previous employer Frank Lloyd Wright)
it was his work on the domestic architecture front which had a profound influence
on building & urban planning.
He is credited with inventing the carport
& the L shaped floor plan.
Yep, that's had a bit of an influence, wouldn't you agree?

But it was his dedication and passion for designing houses which could be built
using a simple modular concrete system,
patented under the name "Knitlock"
which has always piqued my interest the most.
It's kinda like Meccano - where just 8 different shapes of panels
are used to build an entire house,
including load bearing sections, internal + external walls & roof tiles.
The idea was that it was cheap to produce,
any builder could construct it with minimum skill,
and that flexibility for planning was inherent. 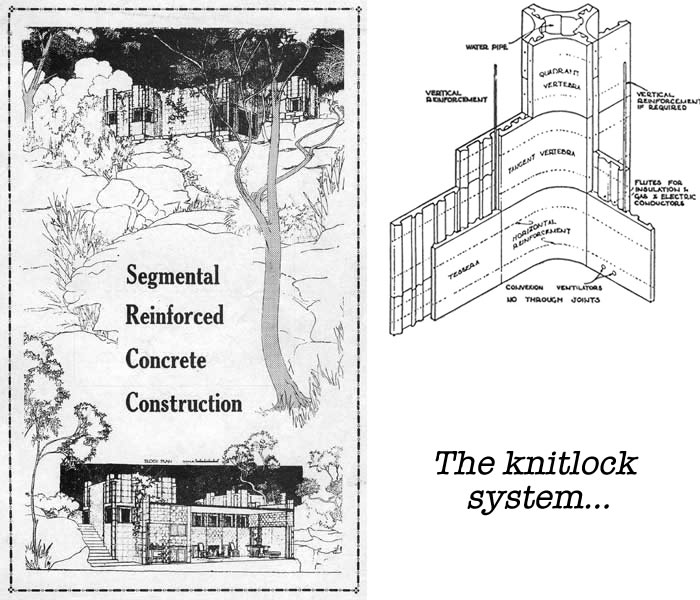 And in 1922, he used the Knitlock system to build our Salter House.
It took a bit of personal persuasion down at the local council chambers,
to explain how pre-cast concrete panels would be suitable
in a leafy, well-heeled suburb such as Toorak. 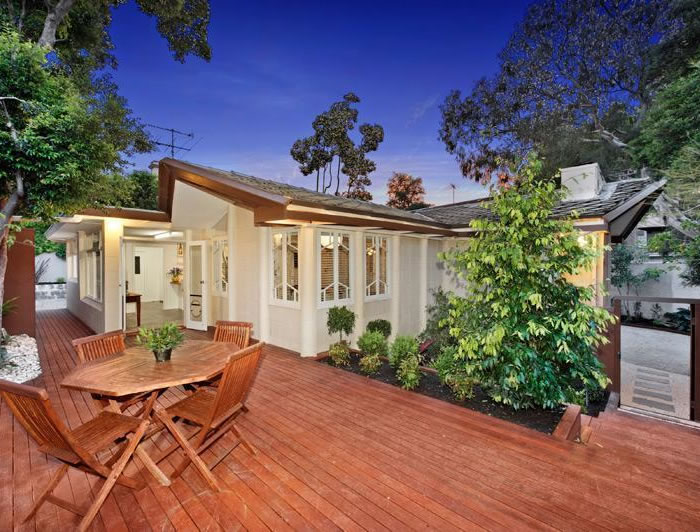 But it hardly looks like a flimsy home, does it?
This was pretty much the beginning of modular homes,
well before their time. 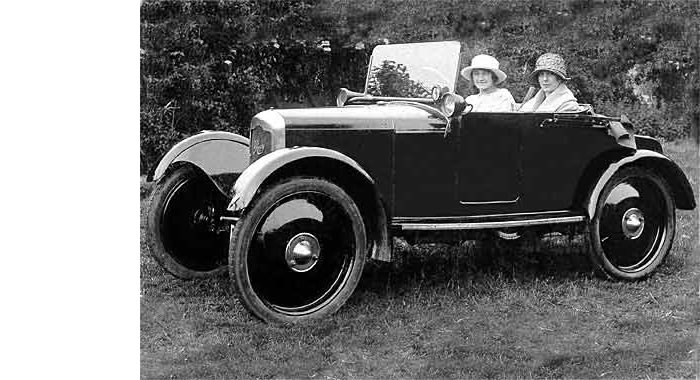 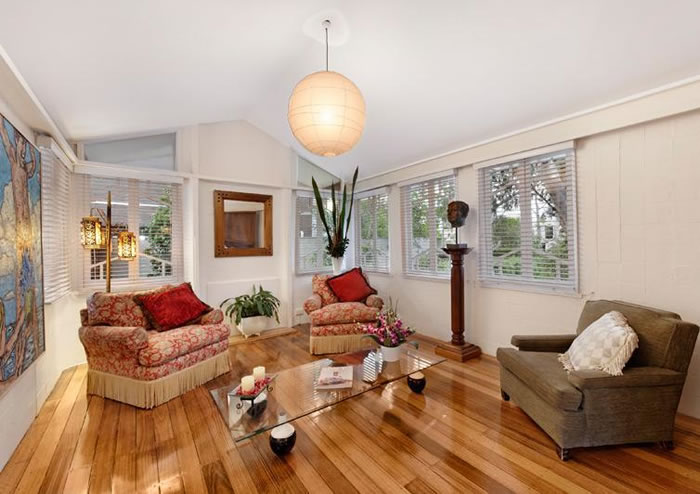 If you look carefully,
you can just see that the internal walls are made from blocks. 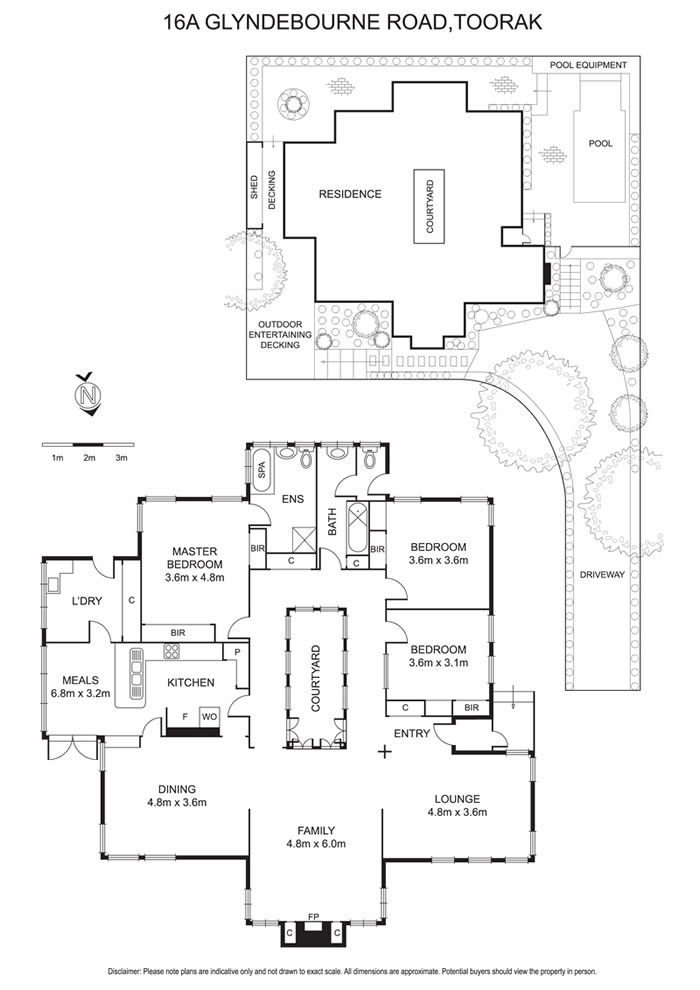 The plan is quite fascinating, because the courtyard is so tiny.
What was its purpose?
Perhaps to be a lightwell,
and to support a glorious garden,
almost in a fishbowl effect.

The more I study the plan,
and remembering that this was 1922,
the more I am in awe of this design.
It's an incredibly liveable layout,
and so far ahead of its time that it looks current now.

And what became of our quirky architect,
after he had finished designing Canberra,
+ various sub-divisions, houses, theatres & incinerators
in Melbourne & Sydney in the 1920s?

He moved to India in the mid 1930s,
but sadly died a couple of years later,
from surgery complications.
His architect wife, and work partner, Marion Mahoney Griffin,
completed the commissioned projects in India,
then closed down the Indian office,
sold the Australian practice
and returned to Chicago.