Sapphire Blue :: the most glamorous blue of them all ... 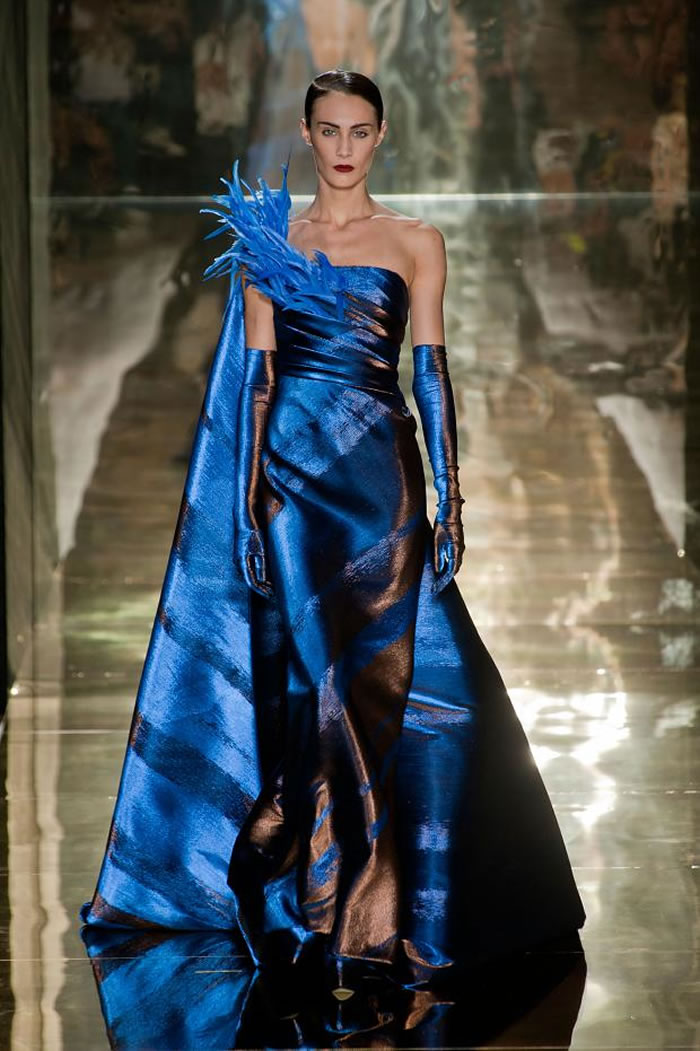 It's probably no surprise that blue is my favourite colour.
(And, for an interior designer, it's hard to classify a "favourite".
I love all colour. )

Pale blue is delicate, navy is sophisticated. Aqua is forever summer.
But Sapphire Blue...ah...it's in a league of its own in the glamour stakes. 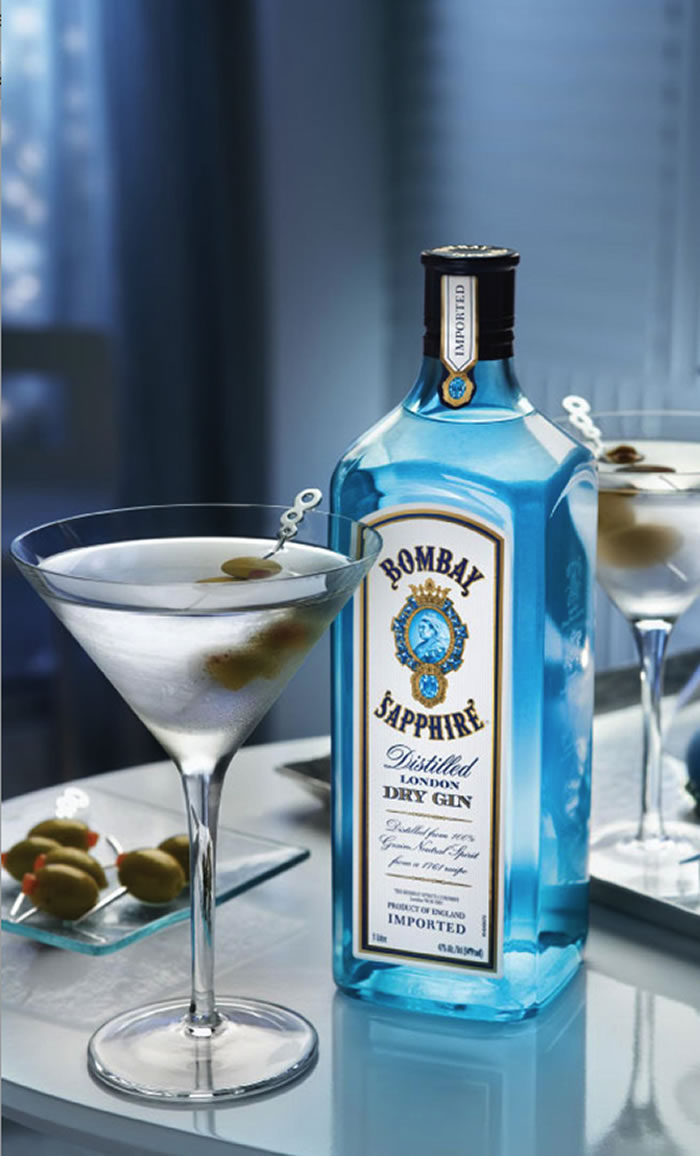 After all, it's always a good month for a Bombay Sapphire martini or G & T... 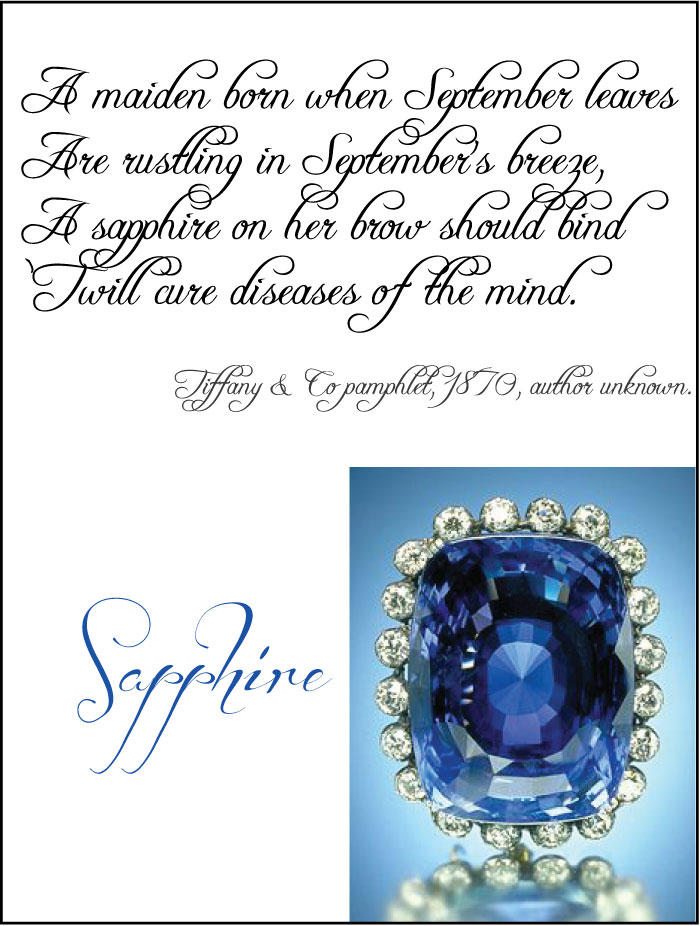 Now, technically, a Sapphire doesn't have to be blue.
It is composed of the mineral corundum, an aluminium oxide,
which gives the gemstone is superior hardness.
(After Diamonds, Sapphires have the same hardness as Rubies & Emeralds,
which is one of the reasons they are so popular for engagement rings.)

But the Sapphire's colour is the result of varying amounts of other minerals,
such as titanium, copper, chromium, iron or magnesium.
So the different combinations of these can create a Sapphire which is pink,
yellow, purple, orange, green or blue,
like these beauties below from Tiffany... 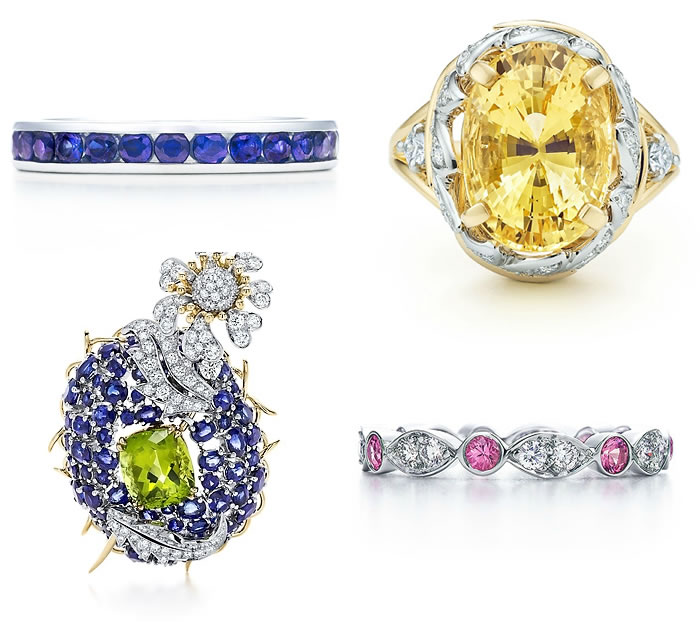 They can even be colourless.
And perhaps the most extraordinary Sapphire is the colour-change variety,
which reflect purple blue in some lights, and green blue in others. 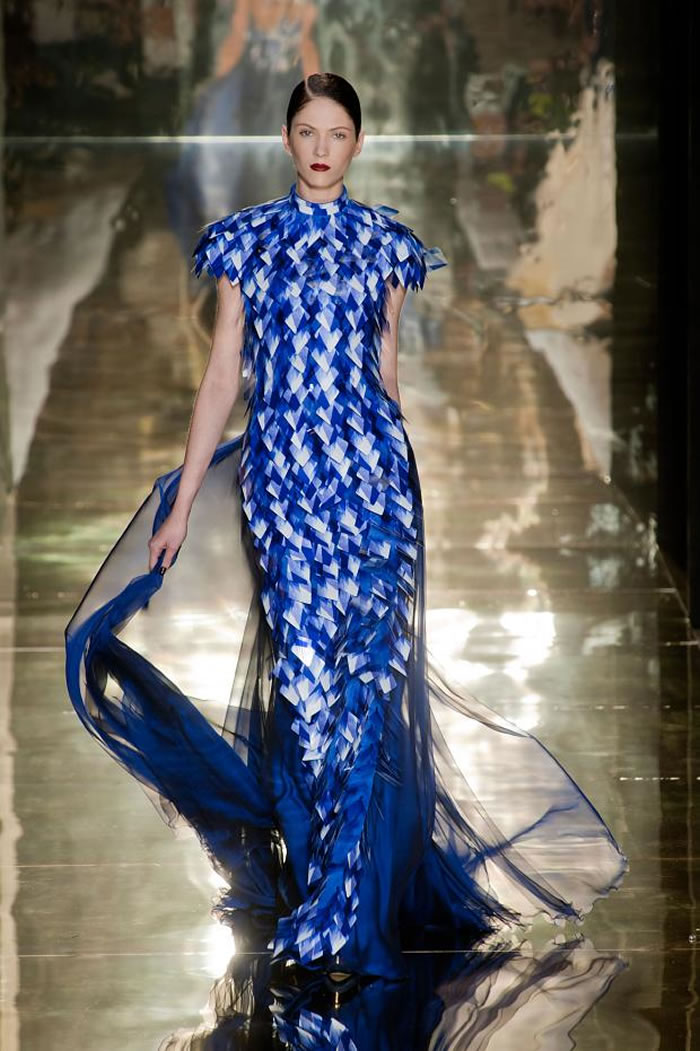 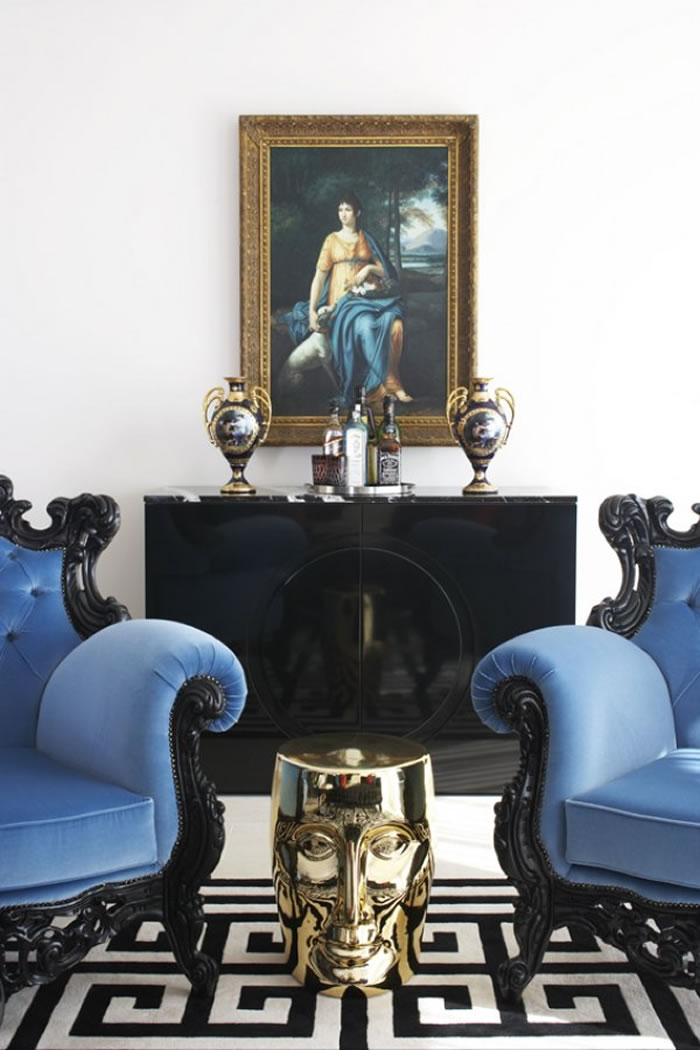 But the most well-known, most valuable and probably well-loved Sapphire is blue,
and it's the colour we generally associate with the name. 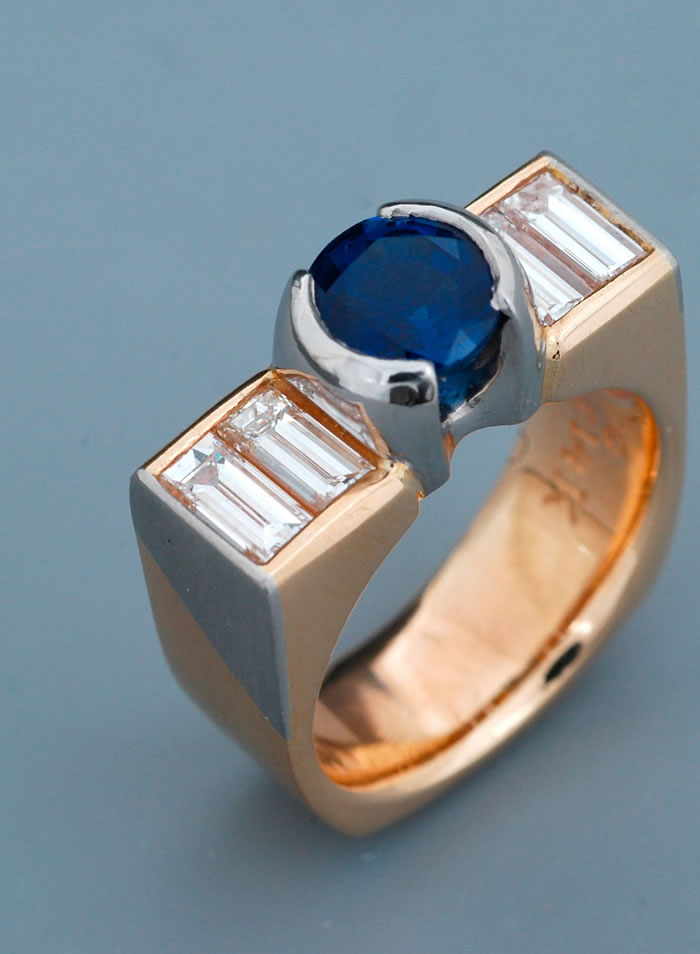 To complicate things further, a Blue Sapphire can have a secondary tone of purple or green,
which also effects its value.
The most valuable are of a medium to dark tone,
with a clear brightness, and a secondary tone of up to 15% violet or purple.
I think when we hear the name "Sapphire Blue" that's the exact tone
which springs to mind. 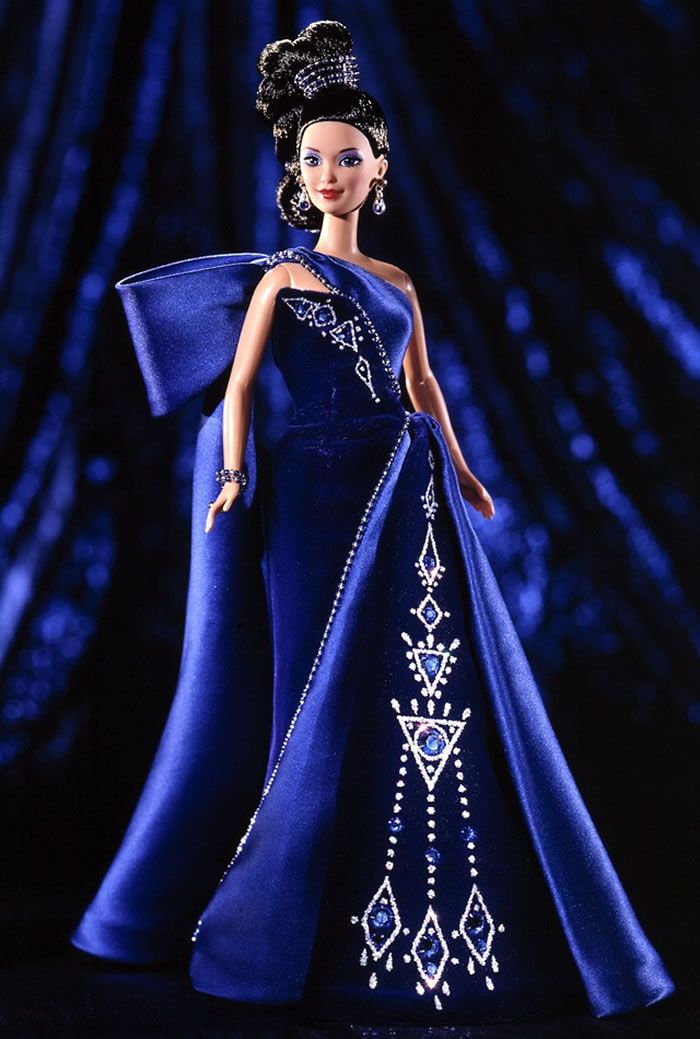 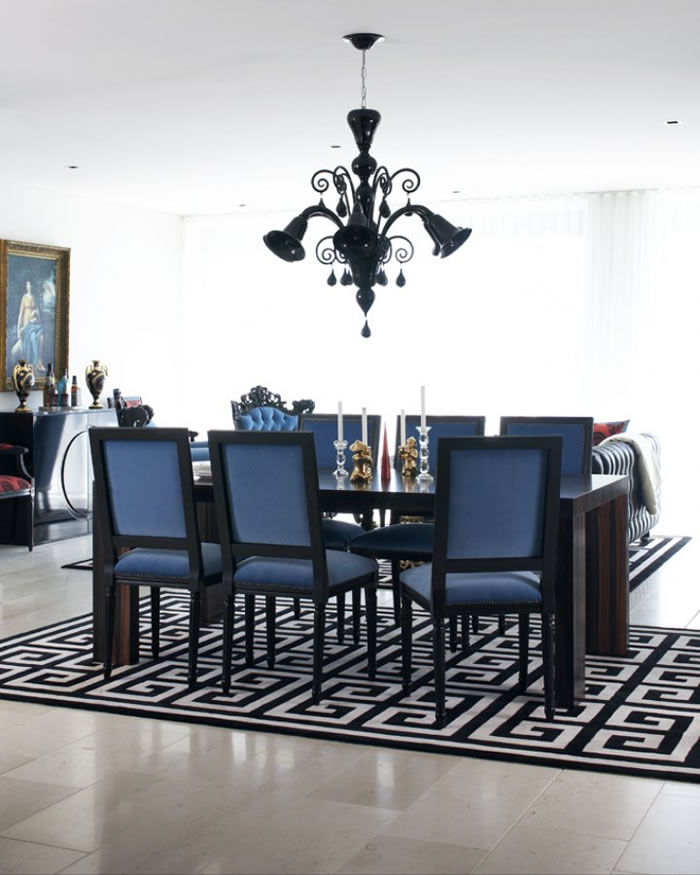 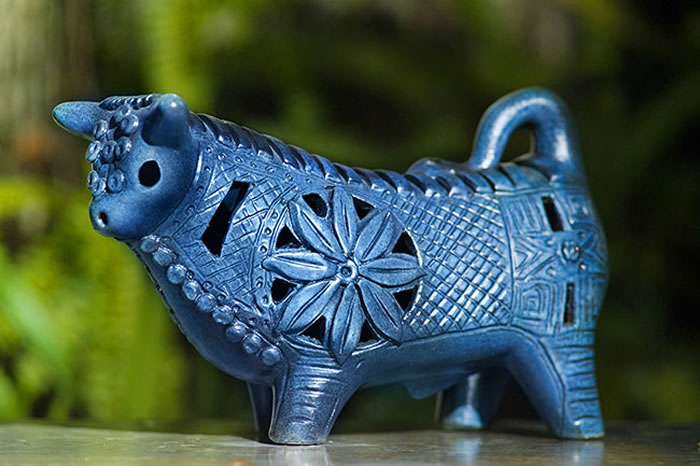 The largest Sapphire mines today are in Madagascar,
but they are also mined in commercial quantities in Australia,
Sri Lanka (which produces the beautiful paler blue Ceylon Sapphire),
Thailand, China and East Africa. 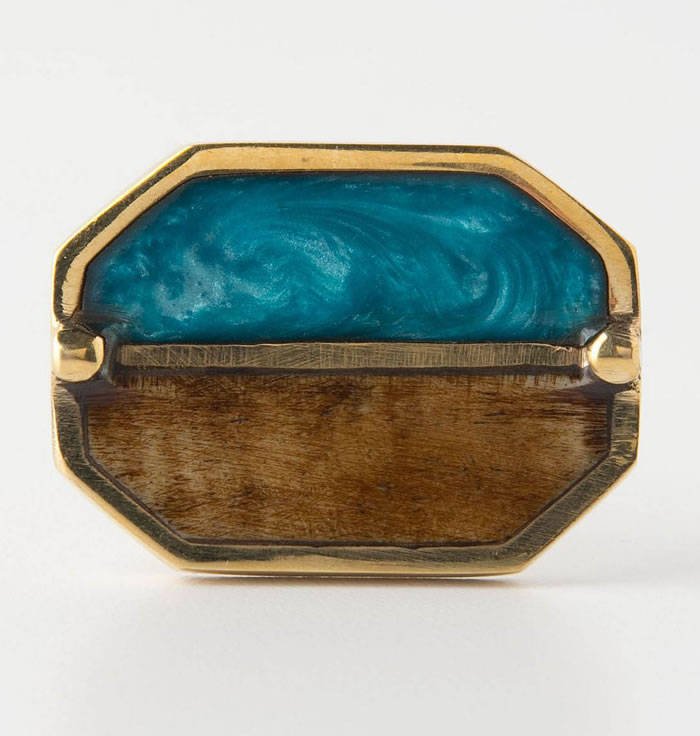 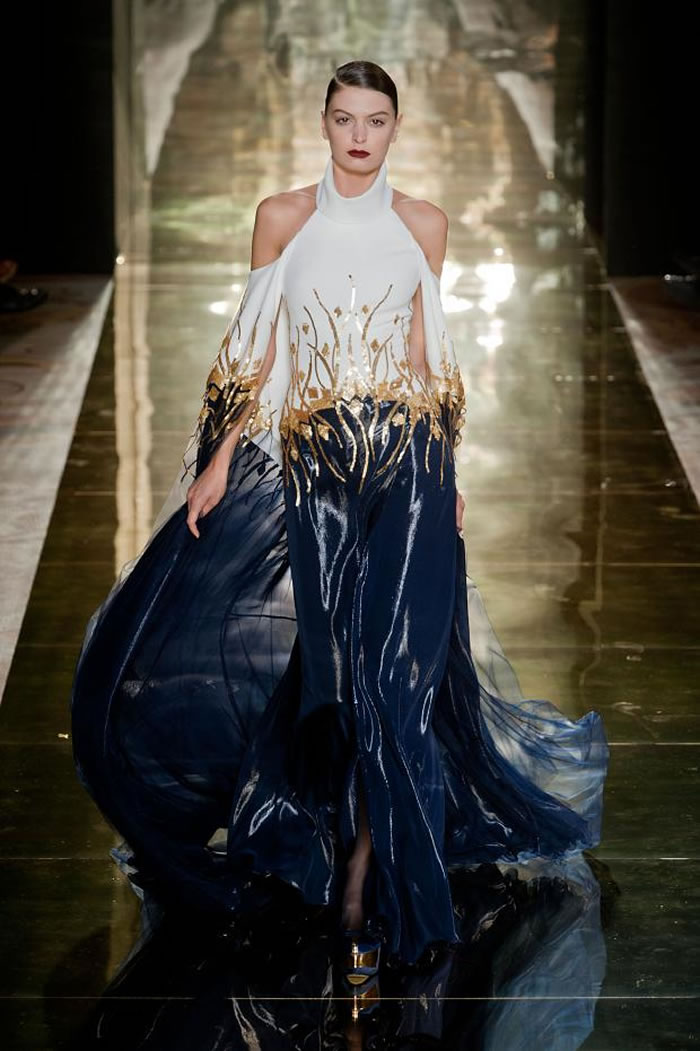 Blue Sapphires have been revered since ancient times,
as have most of the birthstones.
The ancient Persians believed that the gorgeous blue colour of the sky
was the reflection of a huge Sapphire,
on which the earth balanced.
Now that would be worth a bit! 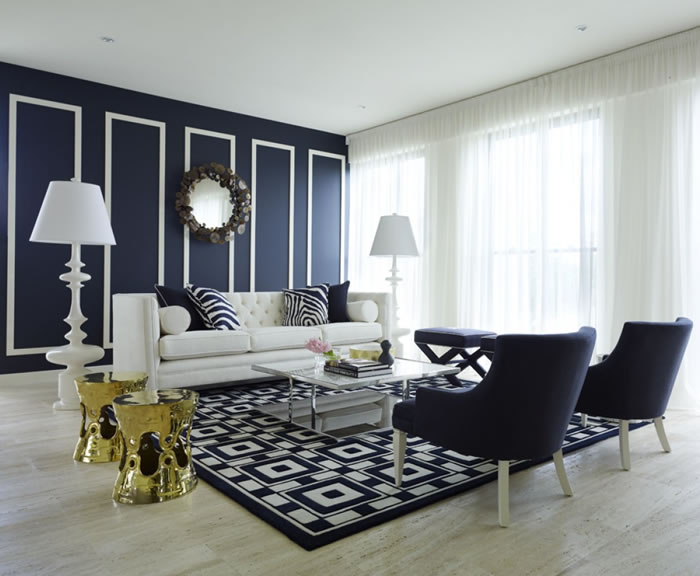 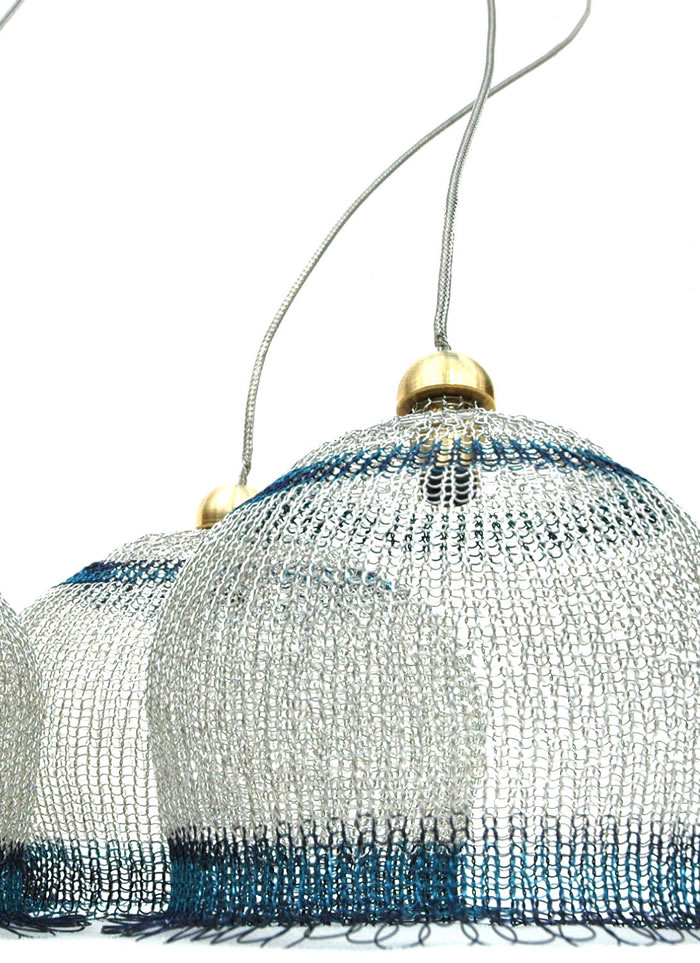 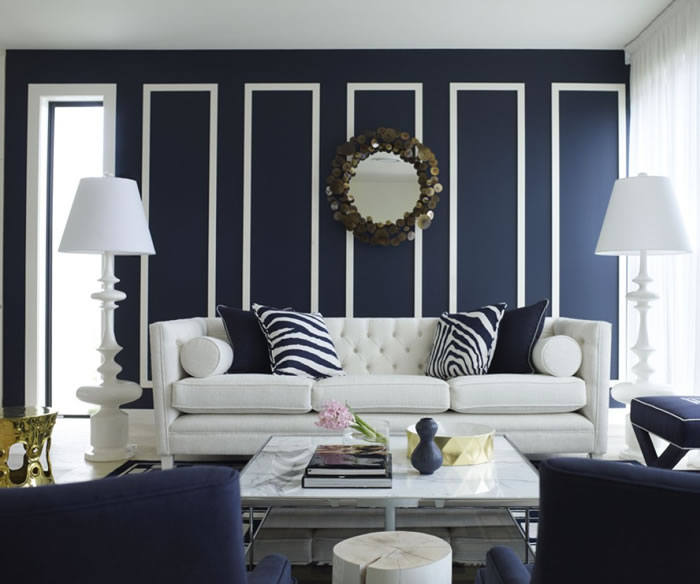 The depth of rich dark blue, with its intensity and confidence,
works as beautifully in interiors as it does in gowns,
as these rooms by Greg Natale show.

And while it's a colour perceived to have a masculine edge,
there are not too many women who don't seem to like blue either,
I have found throughout my career as a designer.
Just one of those all round good guys. 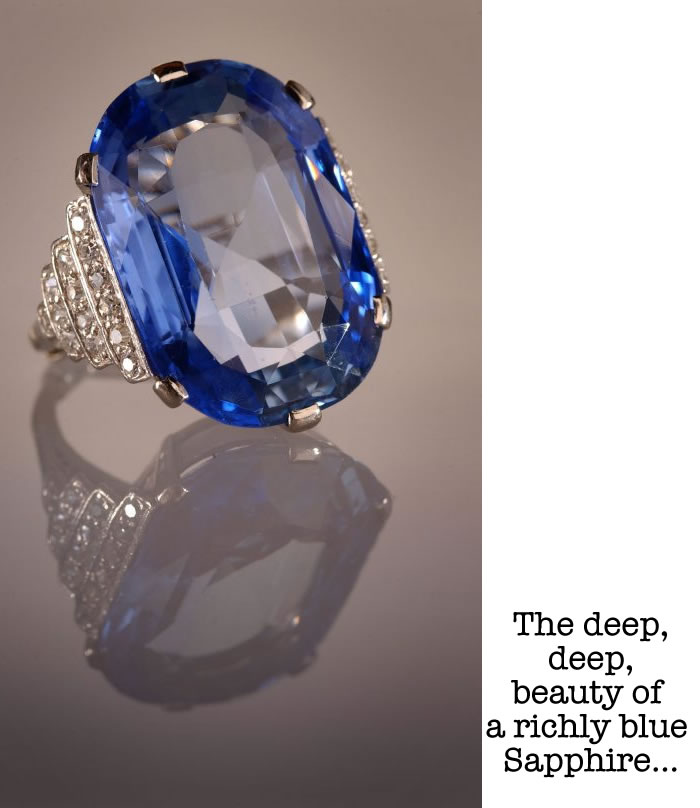 So while it's the birthstone for September,
it's just too glorious a colour to be restricted to one month.
It's lively, a little mysterious, and deeply glamorous,
with an utterly timeless beauty.

Which, by my reckoning, means we can admire it in any month!