Koyaanisqatis :: in a standing ovation for Philip Glass Ensemble in the revamped Hamer Hall 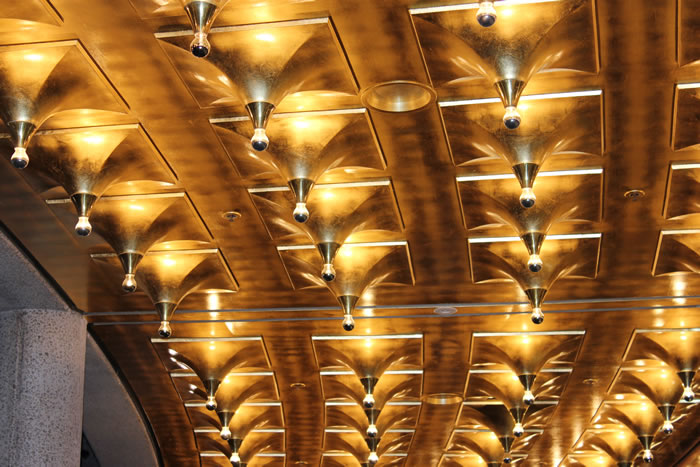 While I am still sulking about the loss of my Singapore images,
attending the premiere of the Qatsi trilogy last night,
at the newly revamped Hamer Hall,
was a pretty good distraction.

Not sure whether I was more enamoured with seeing Philip Glass
and his ensemble live on stage,
performing the music to the cult 1982 film Koyaanisqatsi,
or by the delight of the fabulous renovation by A.R.M.,
which celebrated the entire era of the late 70s/ early 80s
with a generous nod to gold, orange and timber. 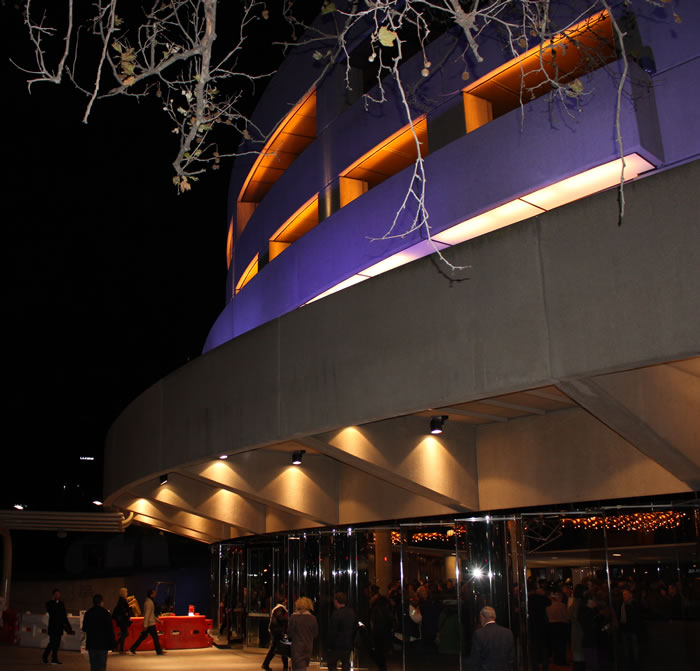 Built in 1982, Hamer Hall suffered from the worst
of the era's architectural follies
- that public arts buildings should be
monumental, unfriendly & introspective,
with a lack of windows with which to engage the street.
All this has been rectified,
with huge sweeps of glass punched through the facades,
to link street and foyer as engaging spaces. 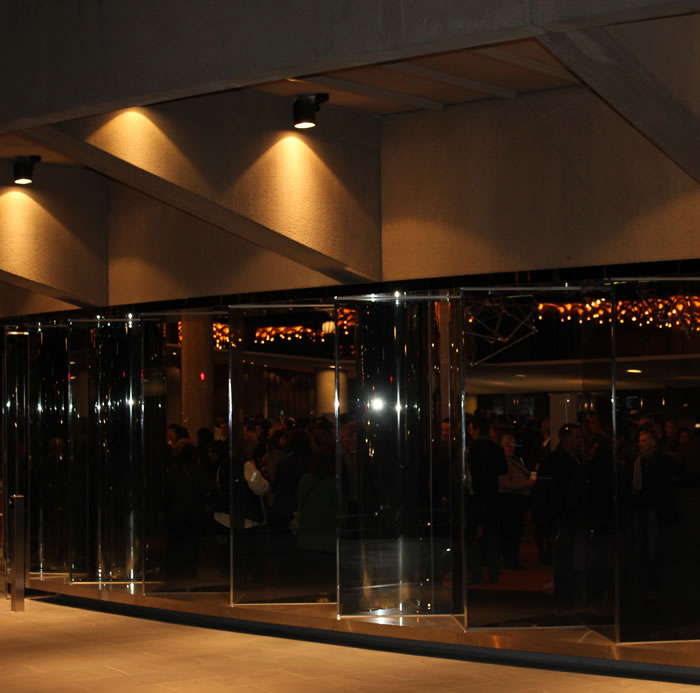 And by allowing views both in + out,
the street can see in to the glittering gems of light sculptures,
and the foyer crowd can see out to the boulevard.
Last night's crowd was in traditional Melbourne Black,
so they don't stand out much in the dark! 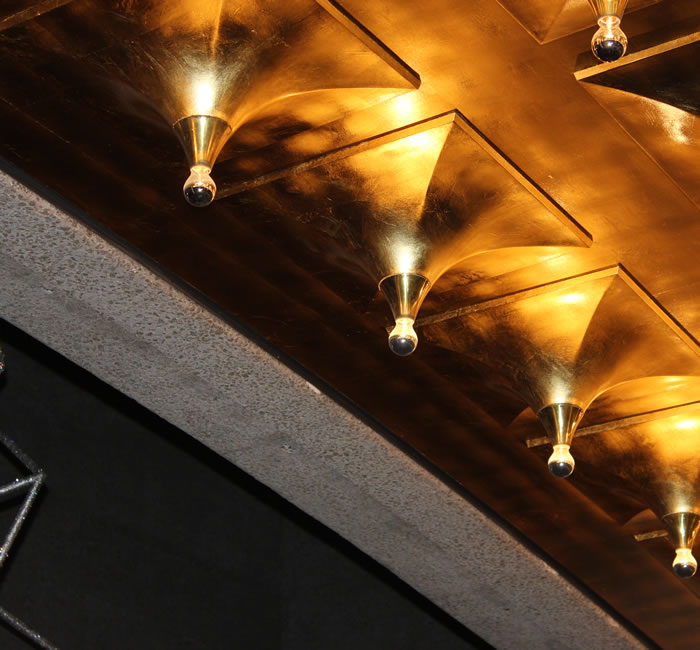 The ceilings of the foyers are gold, gold, gold,
contrasted against the rough aggregate textures of exposed concrete.
Such fun and such glamour!
I would have loved to have snapped an image of the concert hall itself,
with the new orange velvet seats, with curved plywood backs,
richly dark tangerine plush carpet & brass handrails,
but the tweenager + the husband declared
bringing out the camera
to be an embarrassing move.
(I'll sneak back later sans family so you can see images,
because it truly is a groovy solution to working with this style of architecture.)

And then, of course, there was the performance itself.
As part of the week's celebrations of the redesigned Hamer Hall,
there have been some rather fabulous offerings.
But to this Philip Glass music lover,
a chance to see him with his ensemble,
playing live to a giant screen of the film Koyaanisqatis
was something rather special.
It came to life, in the way that only live music can,
despite, or perhaps because, the movie first being released in 1982.
Which just happens to be the year Hamer Hall was built. Very clever. 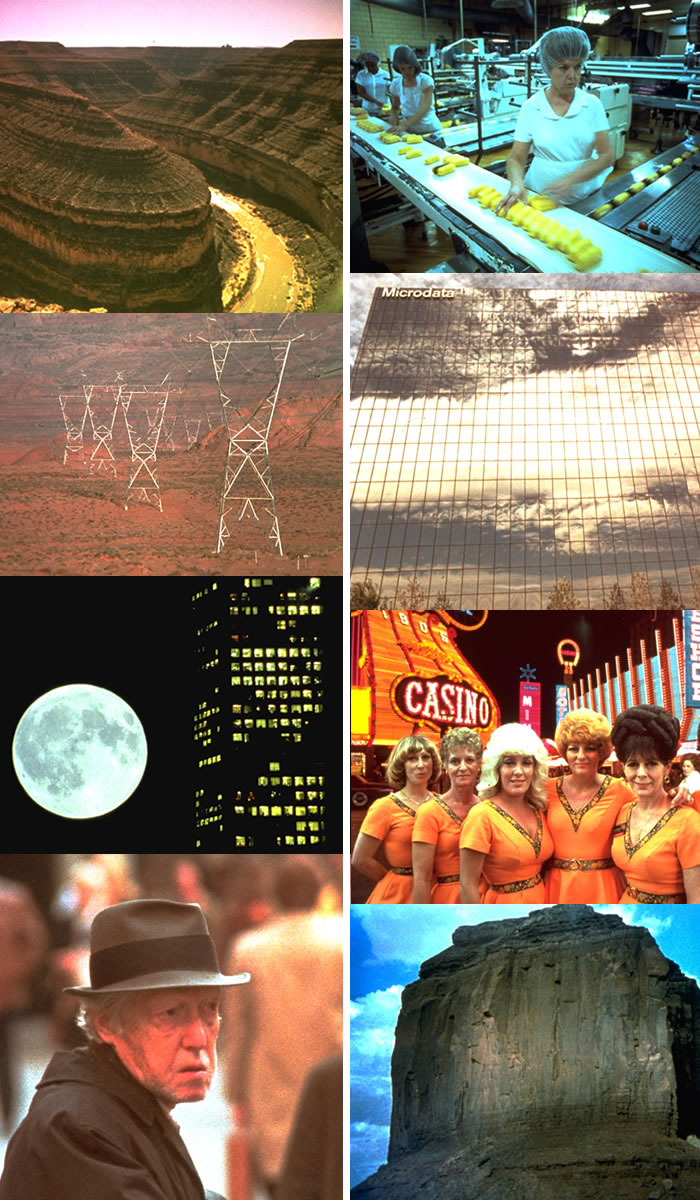 Assuming that everybody has seen this classic tale of "life out of balance"?
You have? So you know just how very good this film is?
(If you haven't, get you to the download store/local cinema immediately,
because it is a brilliant piece.)

Contrasting the works and power of nature
with the works and power
of humankind,
there is much food for thought in this philosophical artwork by filmmaker Godfrey Reggio.
And while the scenes of fashion are fascinating in and of themselves
as a snapshot of the late 1970s/ early 1980s
(it was filmed between 1975 and 1982),
the relevant question is just as poignant today.
Have we created a "life out of balance"?

At least the performance was in balance with the desires of the audience,
for we black-clad listeners all leapt to our feet as one,
in a standing ovation to this most extraordinary of composers & his ensemble.
The music is haunting as a sound track.
But live, especially with the vocals,
it was mesmerising. 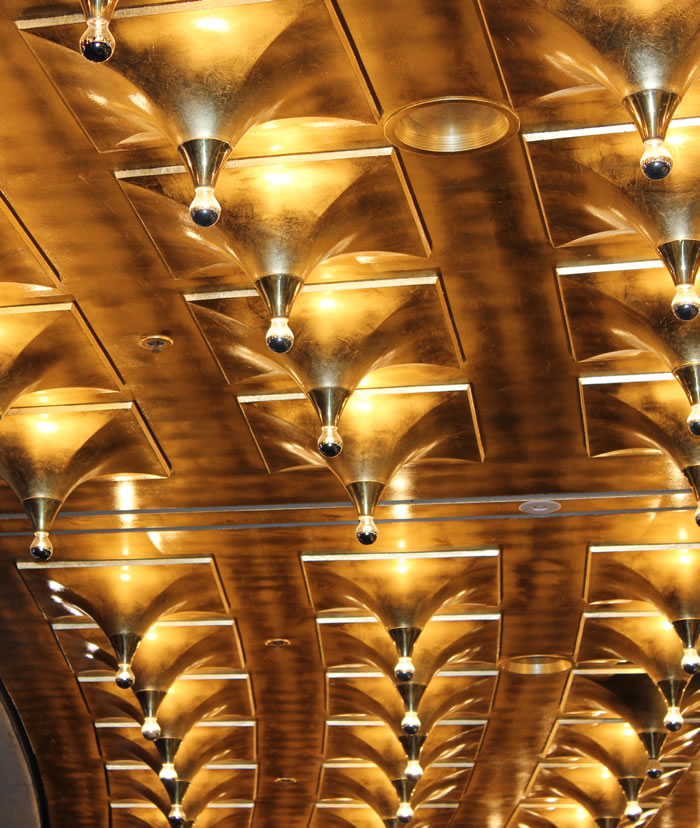 And as the tweenager remarked in the golden foyer afterwards,
while munching on ice-cream as we sipped sparkling pinot gris,

"There is so much to think about in the film.
But at least we are now searching for that balance."

images :: koyaanisqatsi // all others blue fruit