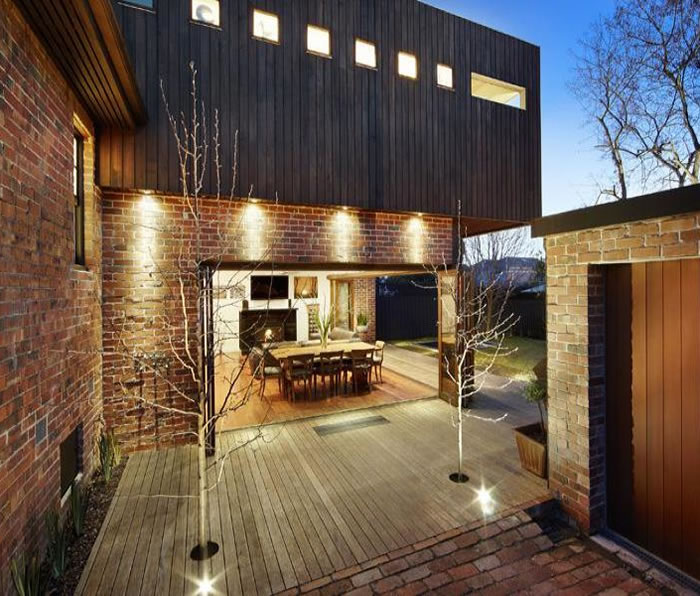 If I hear the words "exposed brick and timber cladding",
I immediately prick up my ears like a horse hearing a favourite person's whistle.
And if those words describe a building involving an extension,
I am even more interested.
Because it's hard to get extensions right
- so that they feel part of the original house.
Not contrived. Not tacked on.
Not slavishly copied from the original part of the house.
But honing in on the essence of the original,
and recreating that spirit in the new works.
This house in Hawthorn East in Melbourne is a text book case of getting that balance right, I reckon.
But see what you think... 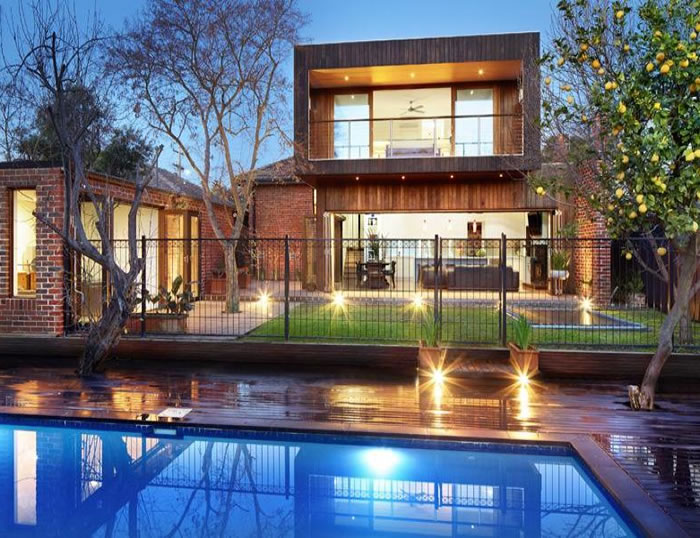 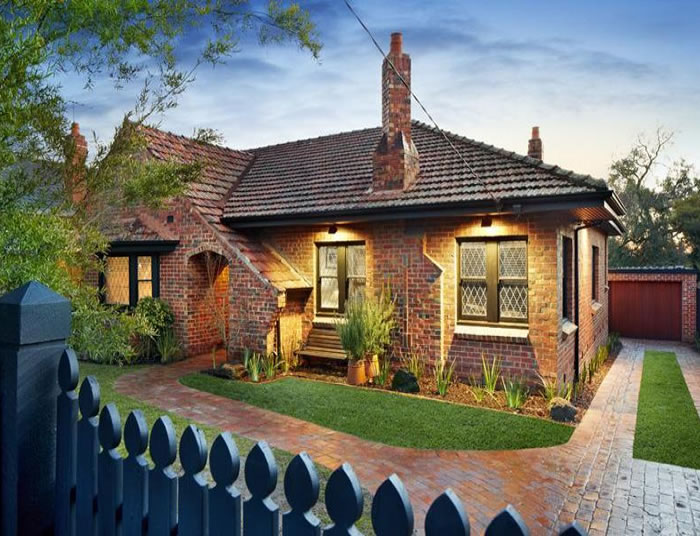 The original house is built in typical 1930s style,
with Tudor Revival diamond-pane sash windows,
fancy chimneys, terracotta roof tiles and a bay window at the front.
There's a really gorgeous detail at the front entry,
where the roof pitches down to form an arched porch.
The richly coloured materials - especially the Hawthorn brick
and the timber in the wide-mullioned windows -
have been picked up in the new build,
where the new facade has that same essence of substantiality,
from the extensive use of brick and timber. 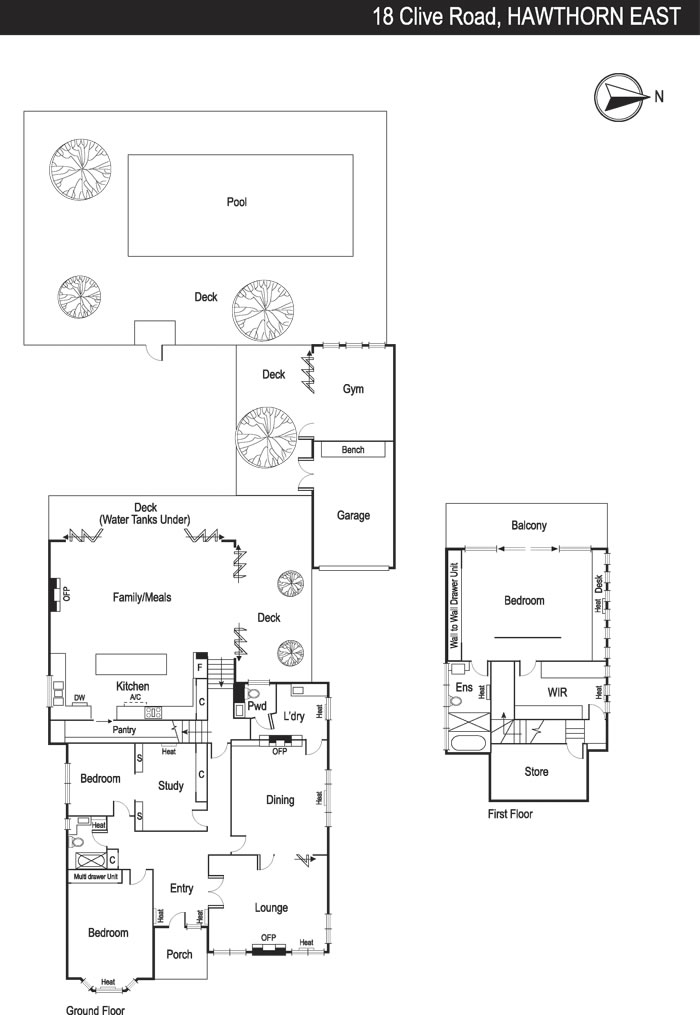 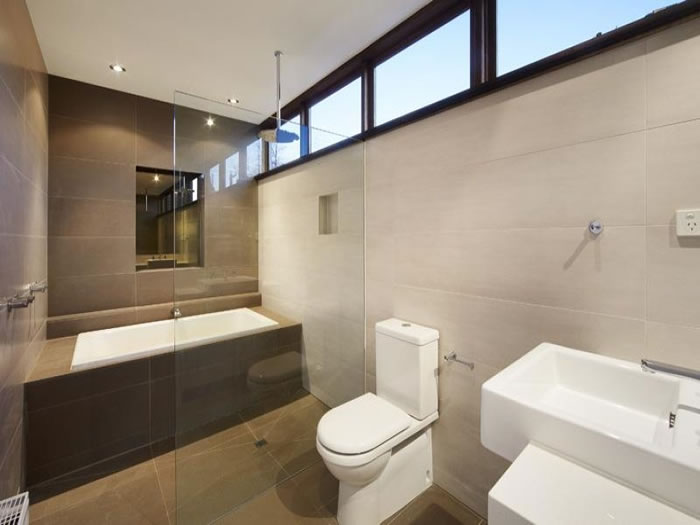 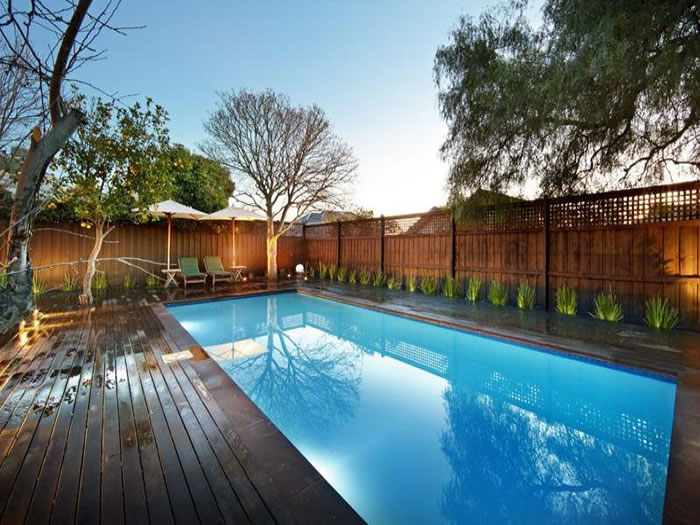 By repeating the masonry brick in the garage/ gym room,
which is so very much part of the structure of the back garden,
that same sense of solidity is captured in every view.
It creates a richness.
(Imagine if this little building were clad, instead,
in rendered polystyrene. It would be a very different atmosphere.)
I love this fabulous collection of vintage bottles,
arranged above the stacking doors to the deck. It's rather fun. 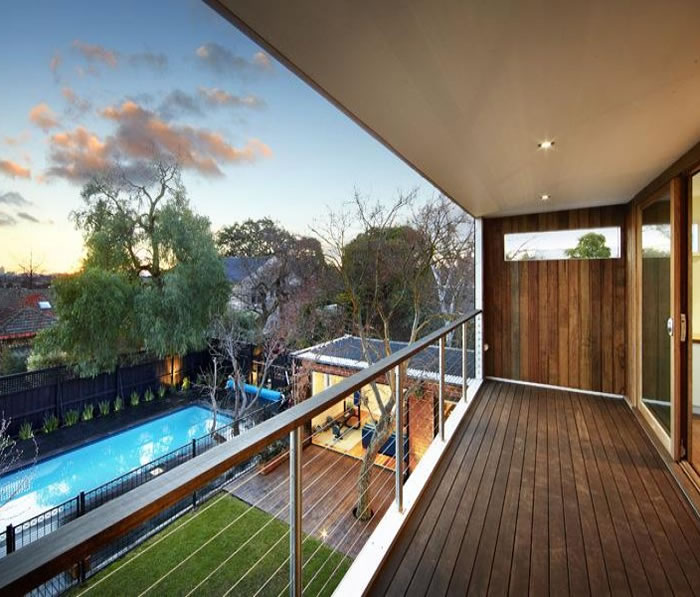 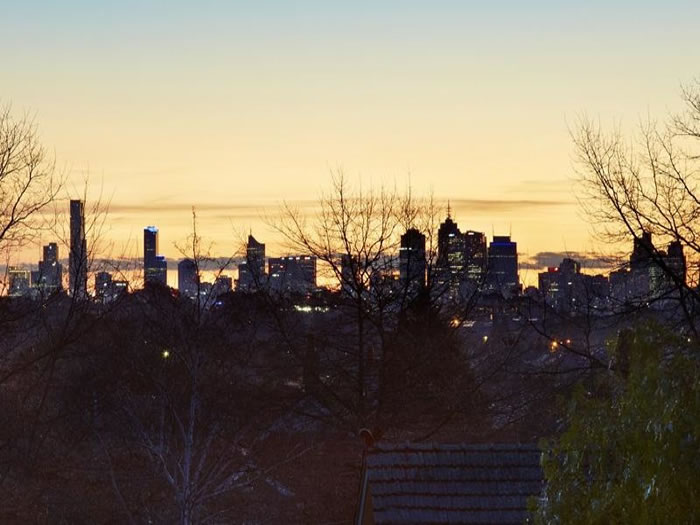 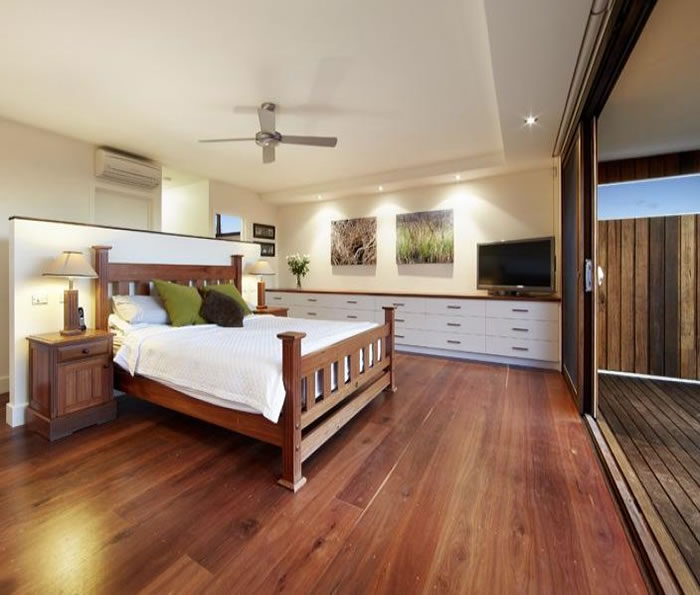 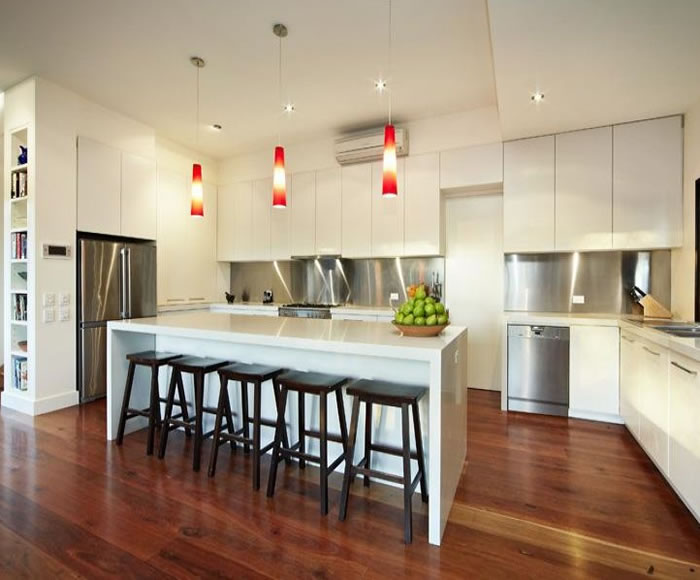 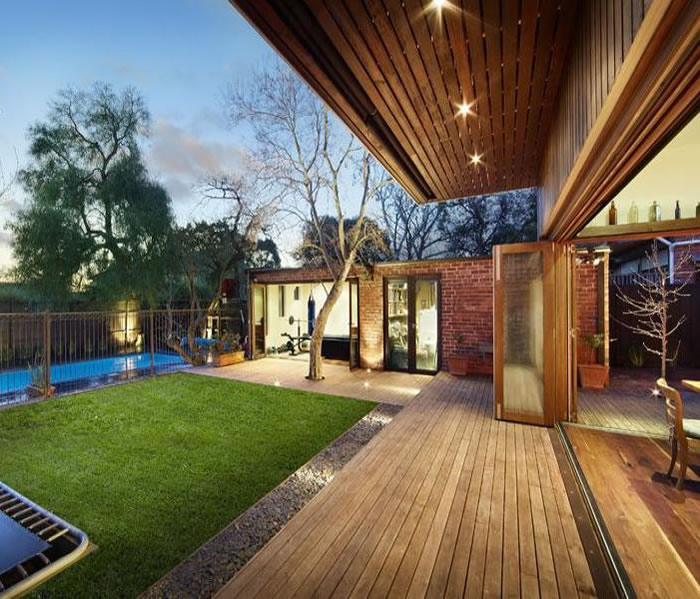 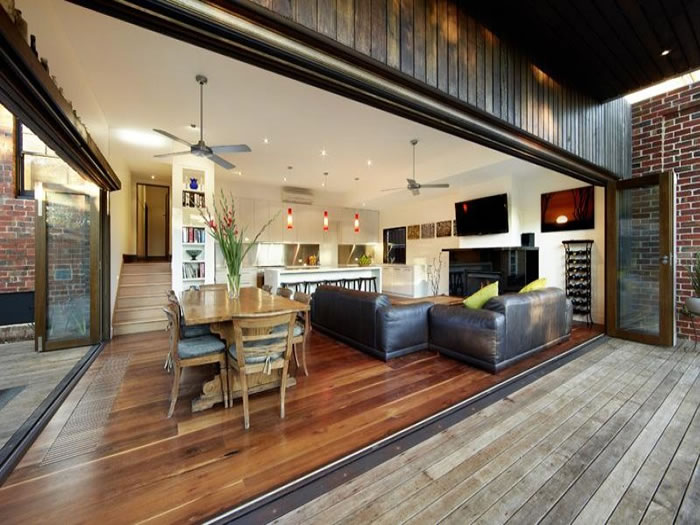 The extension steps down to the living areas,
which means that the new first floor doesn't sit quite as high.
Which also means that it isn't visible from the street front.

So while the building works do not scream "1930s" nor "2012",
they have a quietness about them,
which makes them rather timeless.
They have picked up the essence of the original house
without becoming a slave to the era.

And that fabulous exposed brick + rich timber detailing
has quite a bit to do with the success, I think.