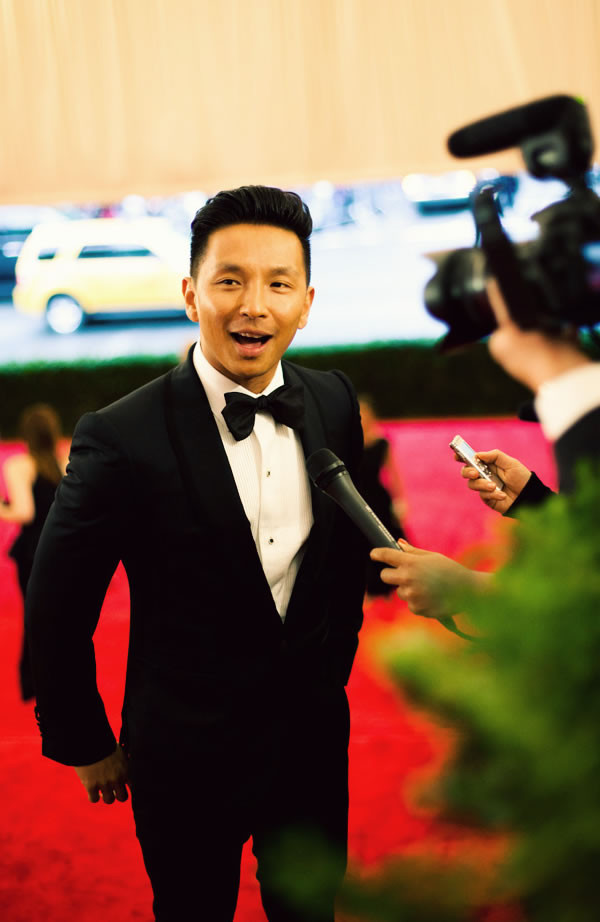 It hardly needs to be stated on these pages,
where glamour is celebrated in all its illustrious forms,
that a hand-tied bow tie,
worn by a handsome gent,
in an impeccably cut black suit,
has got to be pretty high up on the list of stylish dressing. 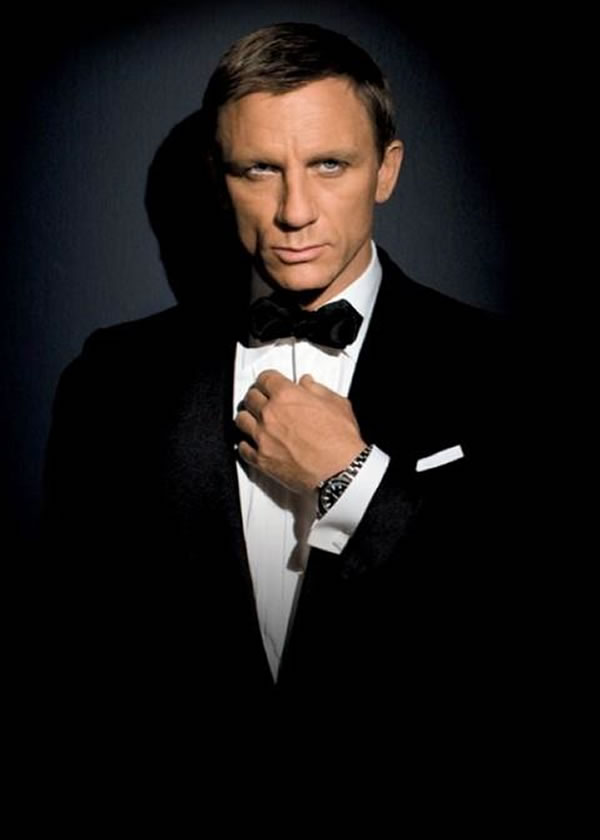 What on earth else would James Bond wear when ordering a martini?
Would it be the same if he were wearing an open necked checked shirt?
(My son tells me that in the new JB, though,
martinis have been tossed in favour of beer.
Are they serious???.
But, I digress...) 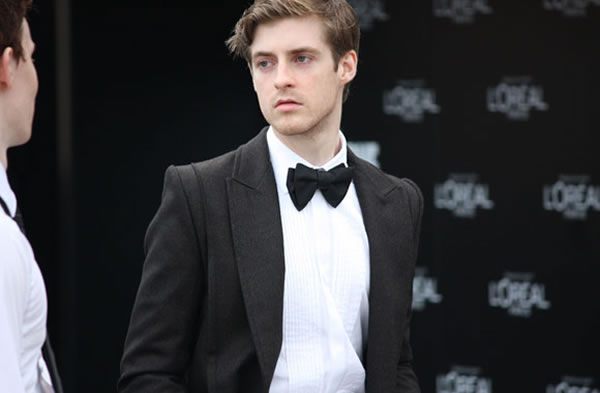 Perhaps it is the almost-vulnerable appeal of a soft ribbon,
contrasted with the severe simplicity of a black suit/ white shirt,
which makes this item work so well. 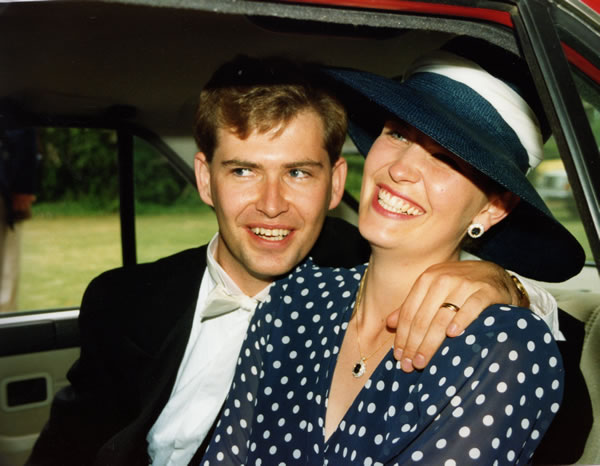 My own handsome husband wore a hand-tied white silk bow tie
for our wedding - which luckily went just as well with my going away dress
of spotted blue,
as it did with my wedding dress of white silk. 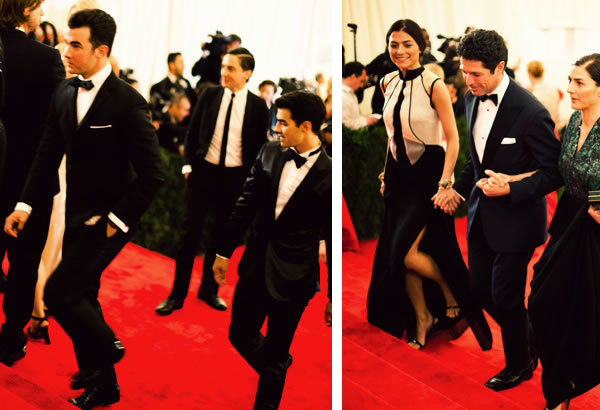 The bow tie first appeared in fashion history in the 18th century,
and is believed to have developed from the military cravat.
Of course, the art of hand tying a bow tie is an exacting one,
but a clip on version is absolutely out of the question, to my way of thinking. 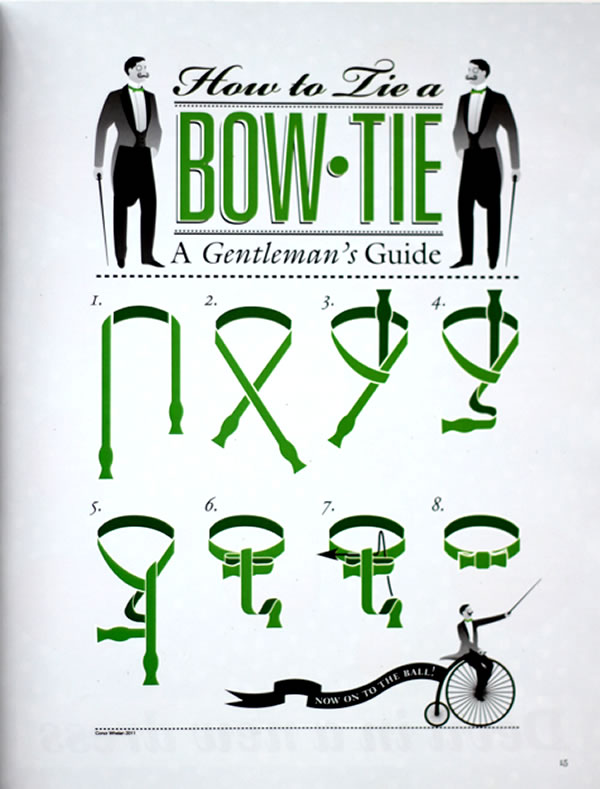 Conor Whelan Design have even made it much easier,
by simply following these charming illustrations. 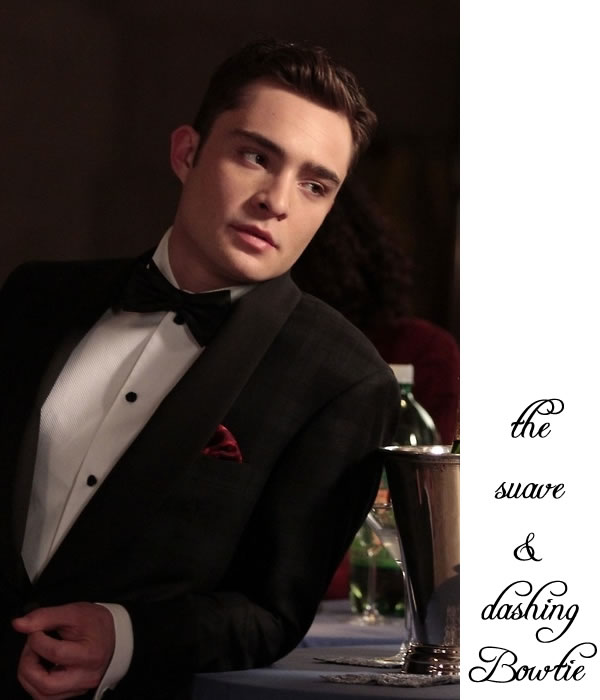 And truly, is there anything more dashingly handsome,
than a black dinner suit, white french-cuffed shirt,
and bow tie?