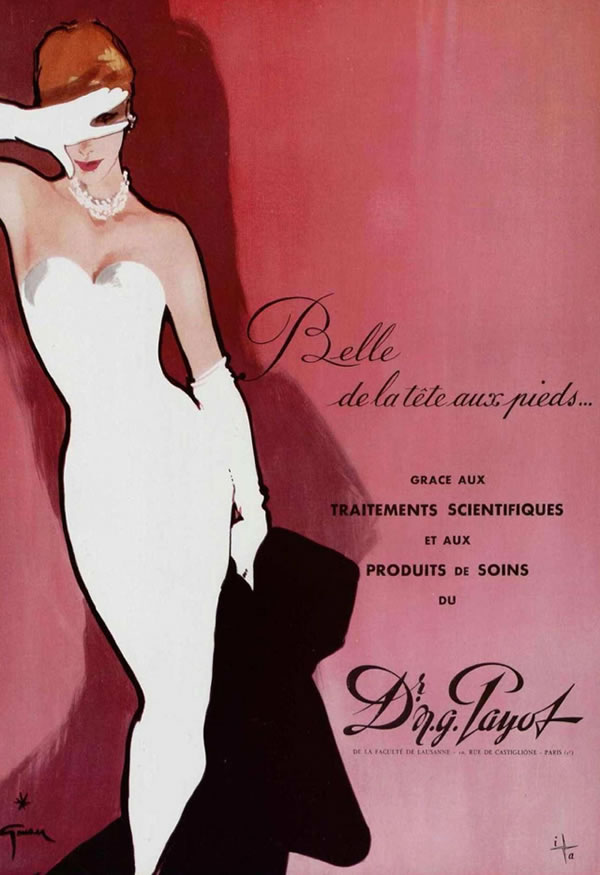 Ah...gloves.
So seductive, so mysterious, so elegant.
They truly are one of the elements of glamour dressing.
And I can not think of a good reason why we don't wear them more often. 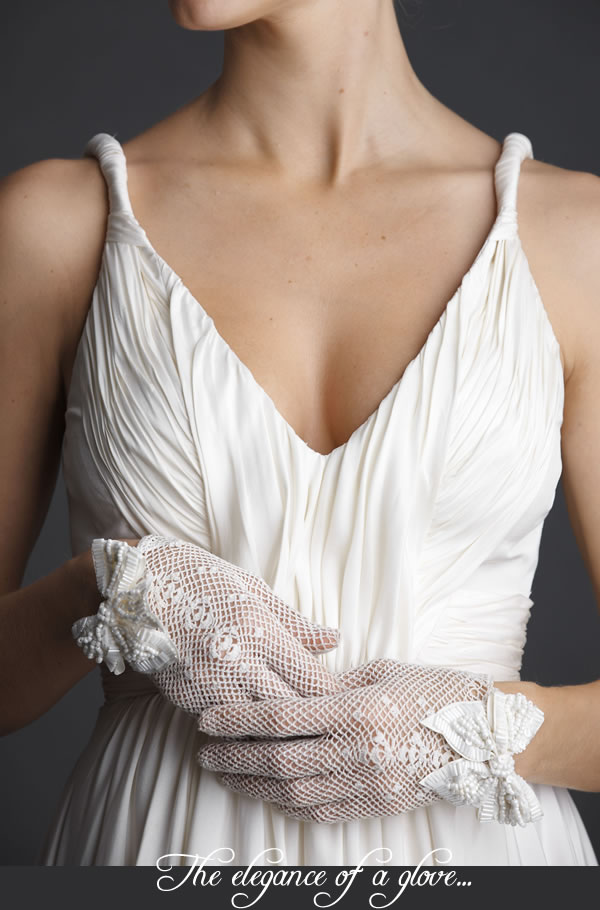 But with an increasing level of romance creeping back into attire,
perhaps as a reaction to the economy,
perhaps because we are just tired of austere clothing,
there do seem to be more glove options about the place.
So I am pretty happy about that.
Because my glove collection is almost as embarrasing as my handbag one.
They are both on the, um, generous side. 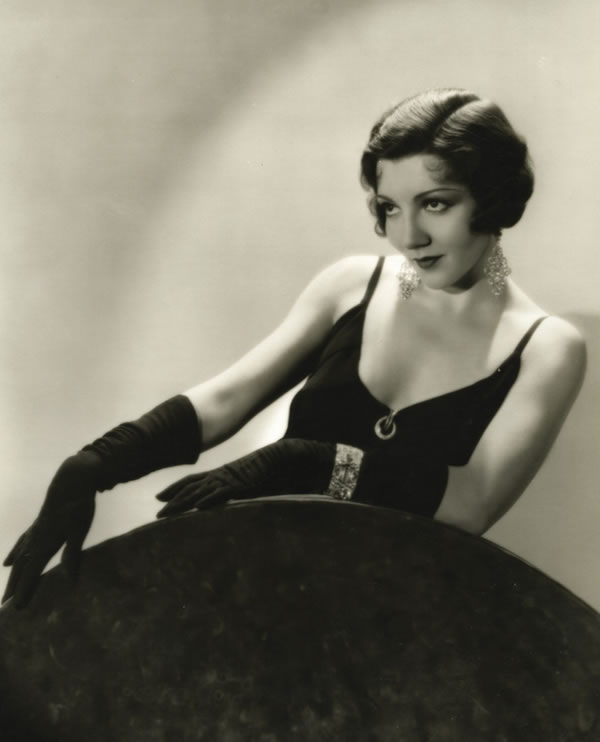 Claudette knew how to work a glove.
Sophisticated, suggestive, yet demure. All in one. 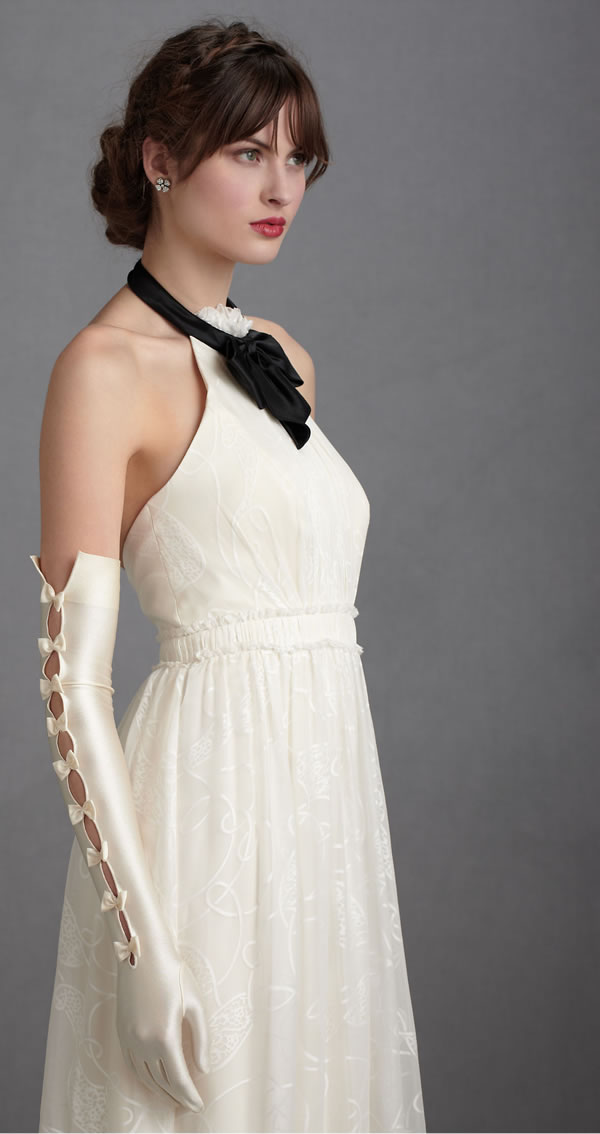 These fabulous gloves are from BHLDN,
and while they are intended as wedding attire,
I am thinking more along the lines of wearing them to the theatre,
an elegant dinner party,
or a little romantic supper for two.
Worn with a long black gown, perhaps.
(I'm not even going to confess
how many long black evening gowns I possess,
but they all get worn, so they are not unloved.) 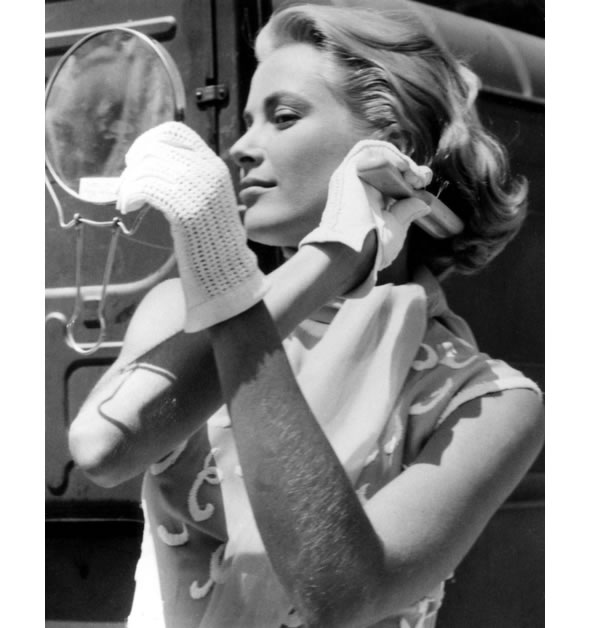 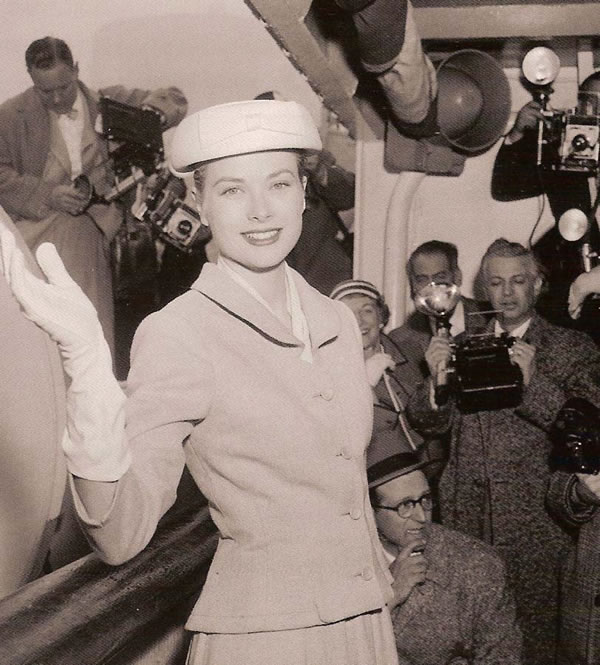 Grace Kelly famously wore white gloves,
at a time when most women wore coloured ones. 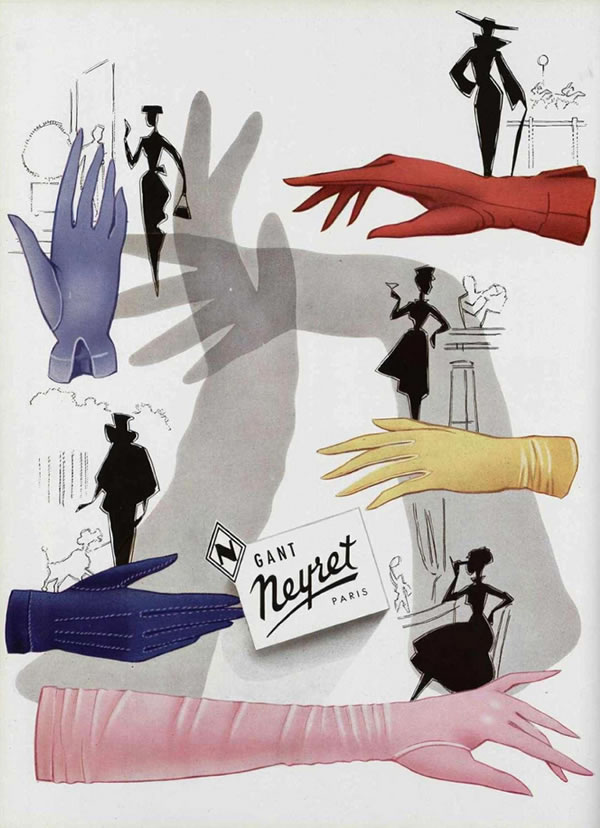 And with such lovely colours to choose from,
one truly could one match one's gloves to one's handbag.
(Which is why I have so many, you see. My excuse, anyway.) 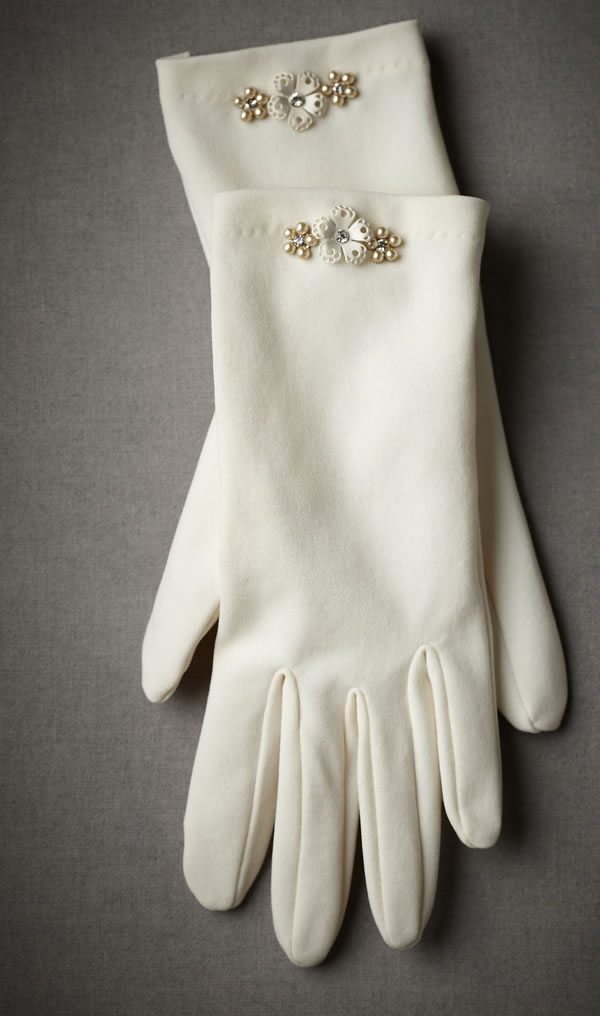 More glove perfection from BHLDN.
These people are onto something. 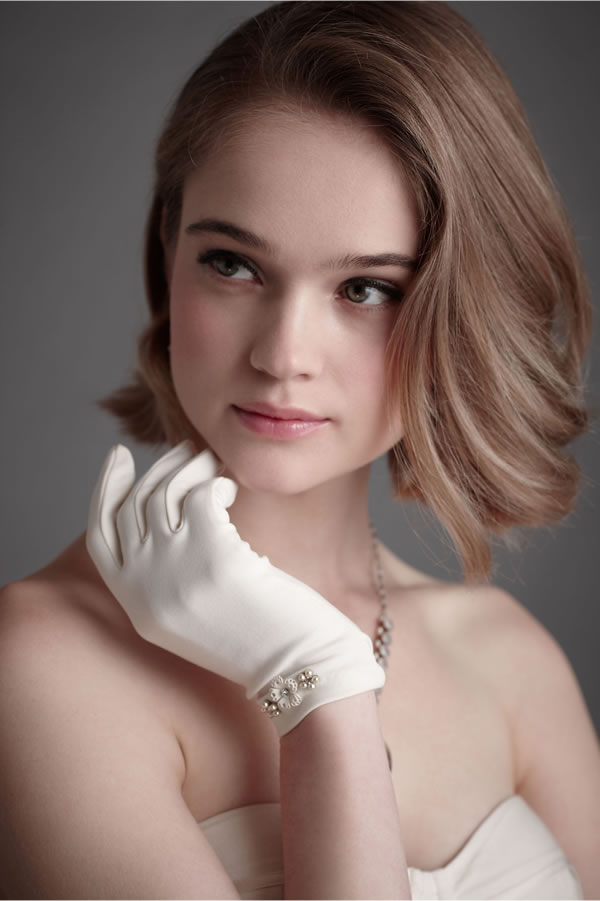 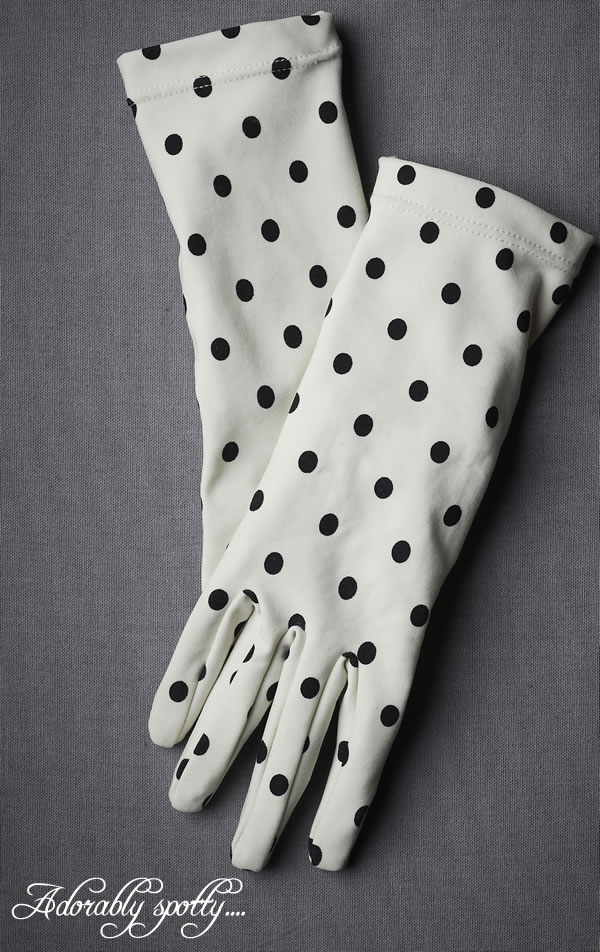 These spotted gloves would be quite perfect for afternoon wear,
especially if I had a dalmation to take for a walk. 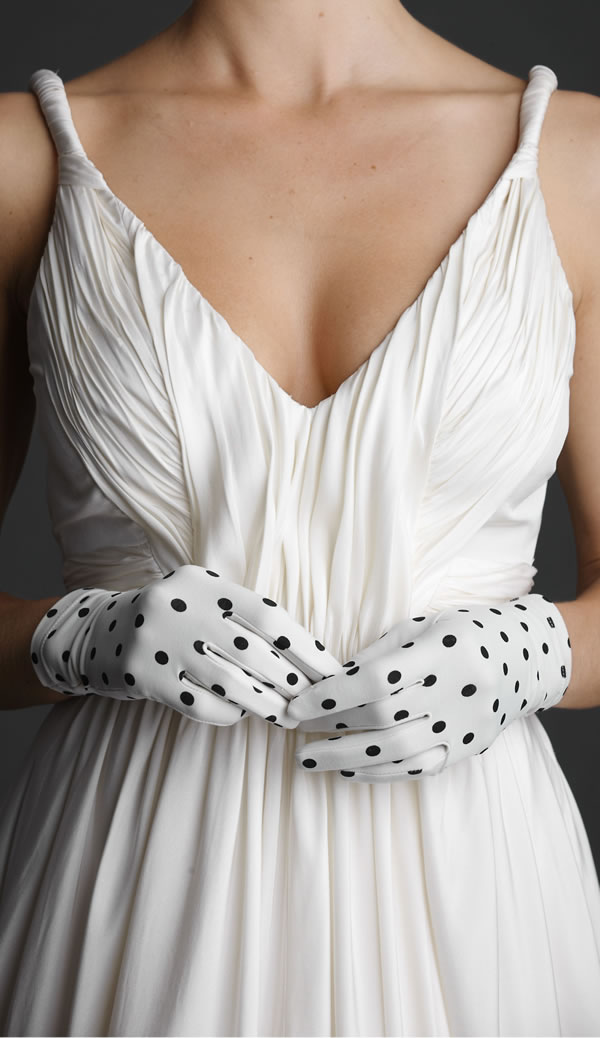 The gloves are pretty spectacular on their own,
and would be very handy for emphasising a point while
waving one's hands about.
In a ladylike fashion. Of course. 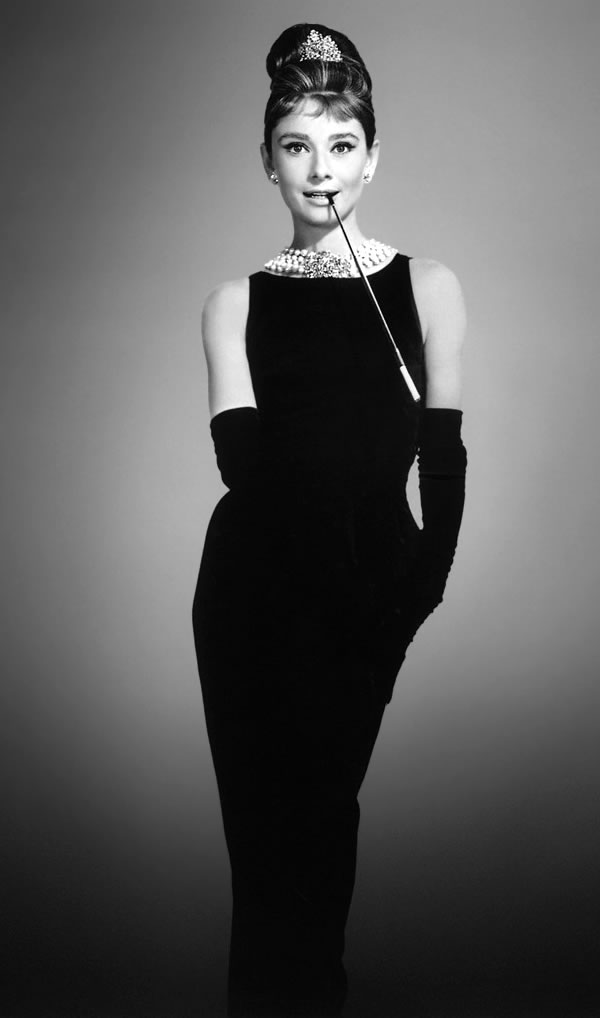 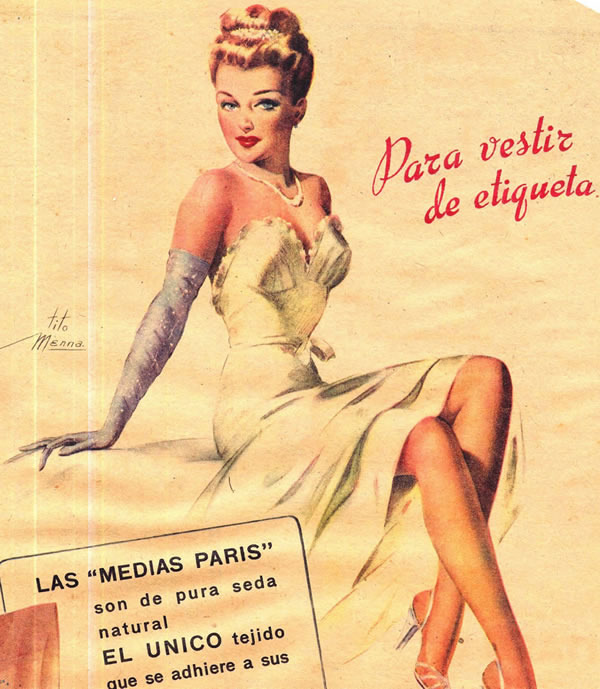 Gloves have long been associated with seduction,
which is curious because they are also associated with demure elegance.
In fact, in late Victorian & Edwardian times,
a lady would even eat with gloves on.
Some gloves were made with a buttoned flap,
covering the hand, which could be folded back during a meal,
then neatly returned over the hand when finished. 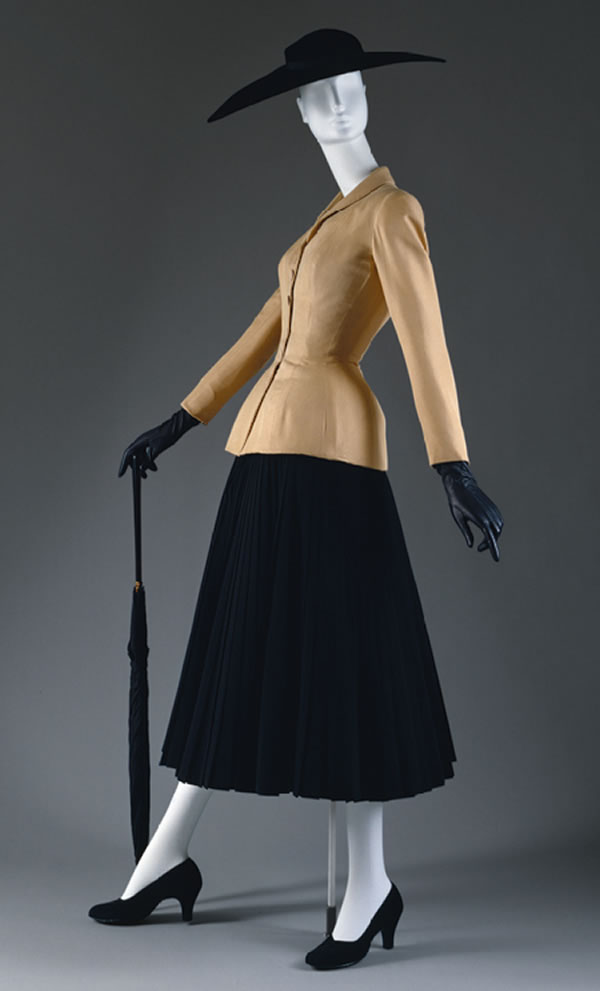 Opera gloves were the height of fashion in the Edwardian era,
waning in popularity somewhat after the First World War.
But when Christian Dior turned the fashion world on its head
with his "New Look" in 1947,
(pictured here on a mannequin from the Met Museum's collection)
long opera gloves were a big part of the style. 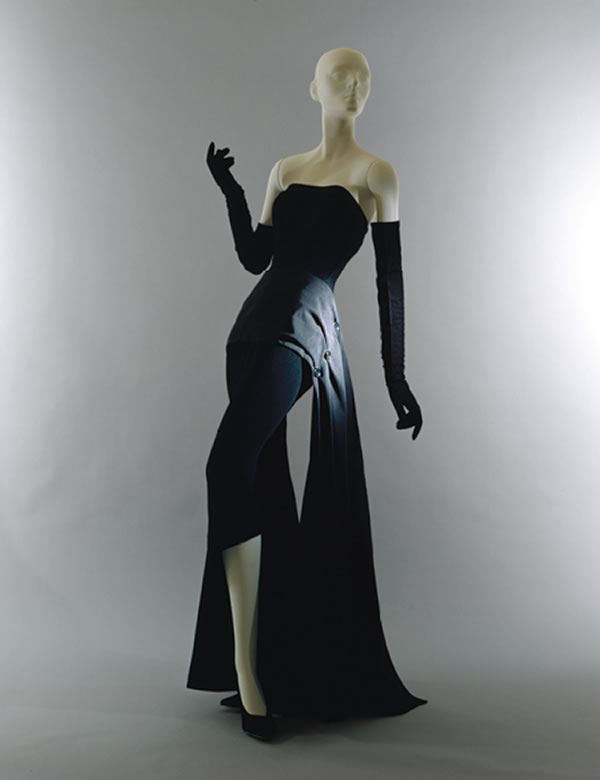 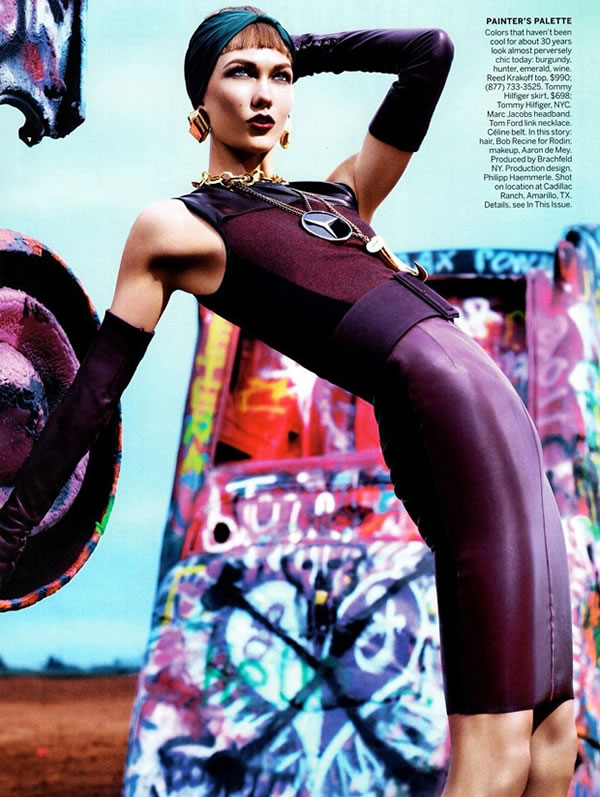 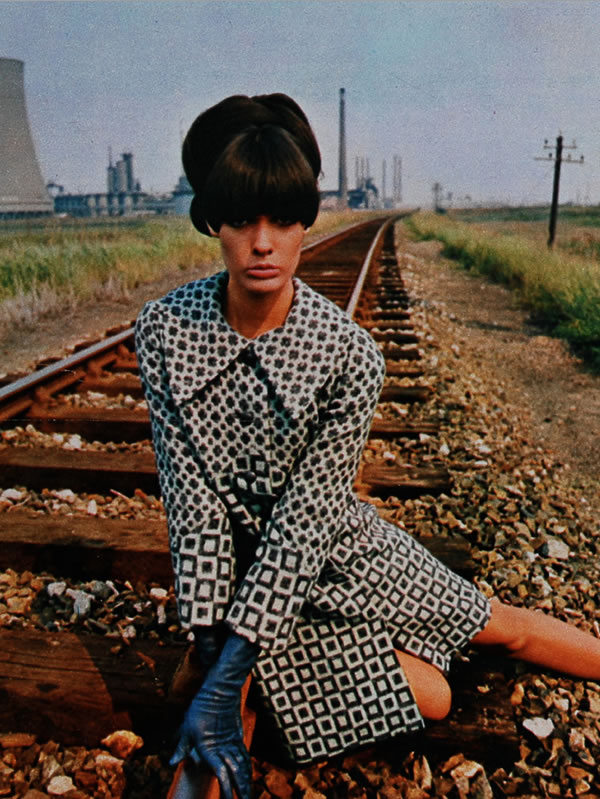 Gloves remained part of a woman's everyday wear
until the early 1960s,
when they were summarily tossed aside
as part of the rights movement.
Out went hats. Out went gloves.
And although they have continued to be worn for weddings,
and of course in winter to keep warm,
they haven't returned to mainstream fashion.
Yet. 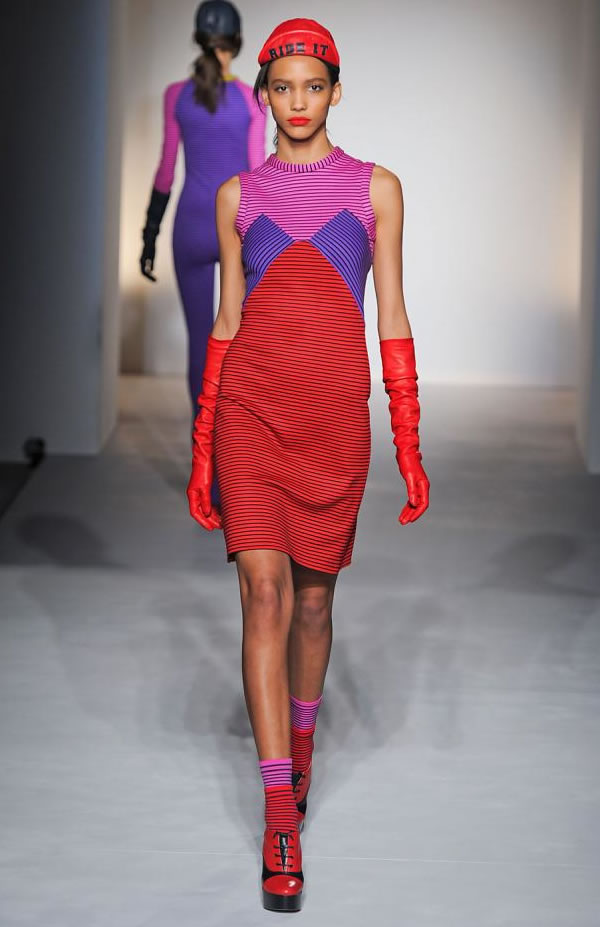 But perhaps we shall see them a bit more,
because they are certainly appearing on the catwalks.
This is the House of Holland, A/W 2012. 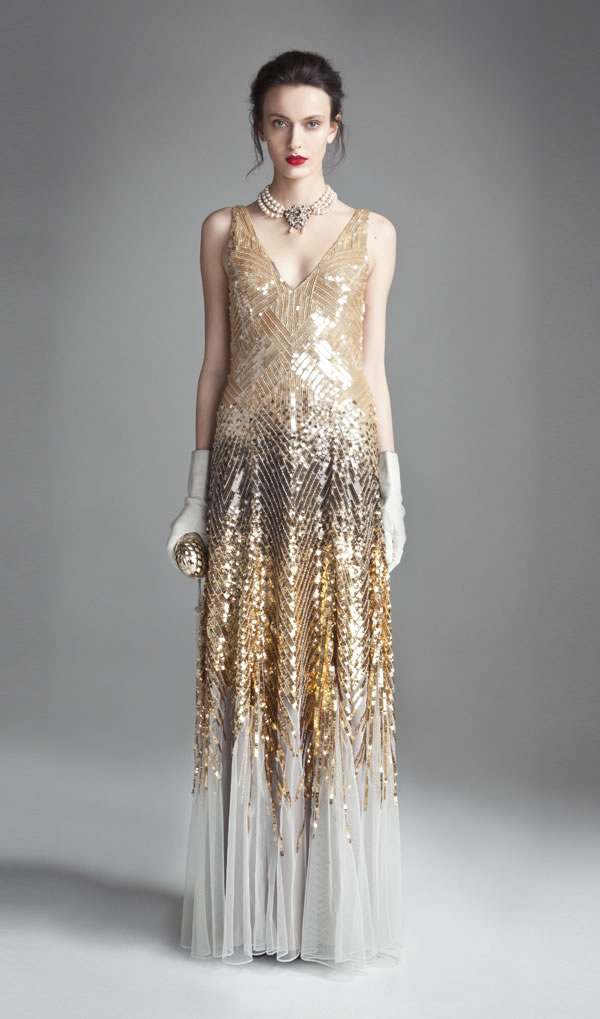 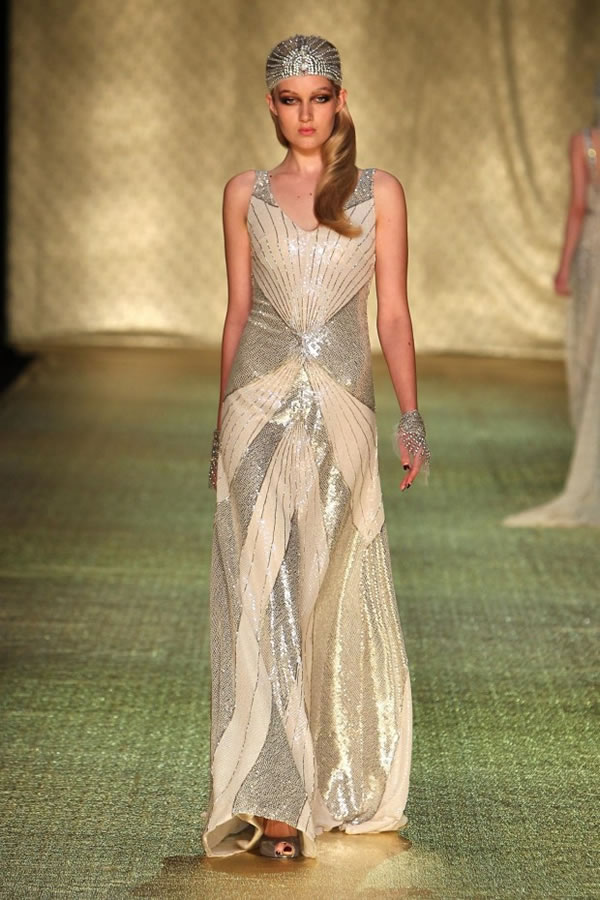 Johanna Johnson, showing at Australian Fashion Week,
with a sort of a part cuff/ part glove. 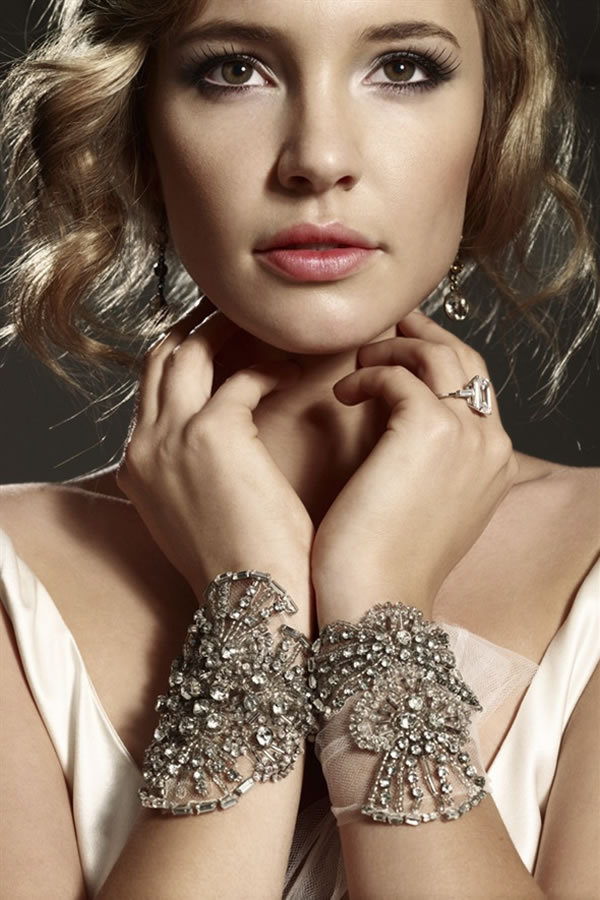 Cuffs are but another type of glove,
in my book.
(Ok, it's a generous book.)
These are also by Johanna Johnson. 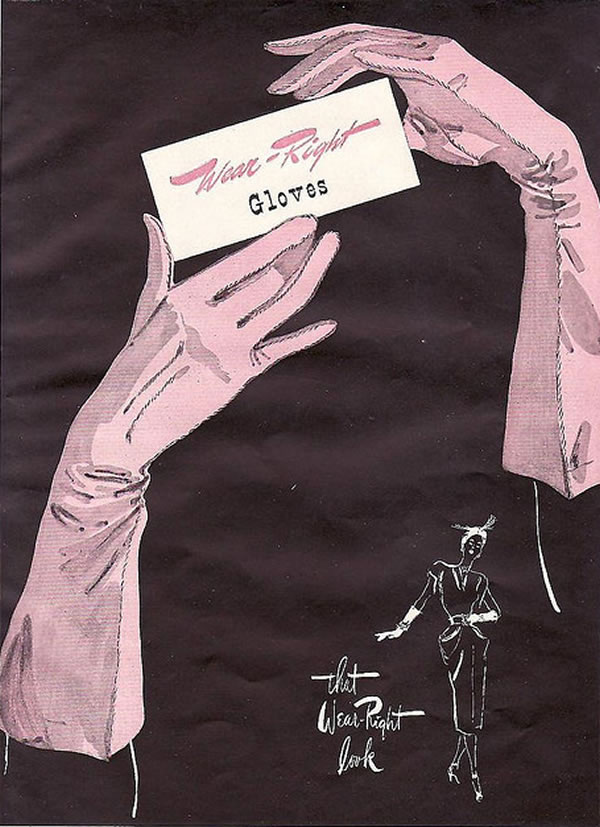 Such a fun way to add a little elegance to an outfit.
Whether old or new,
from a vintage store or a boutique,
a pair of gloves can make one feel utterly glamorous.

And surely, that's not a bad thing?