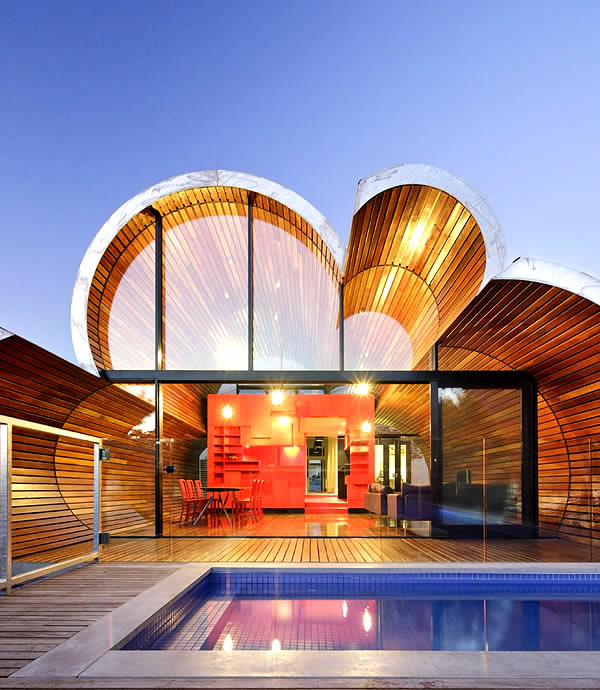 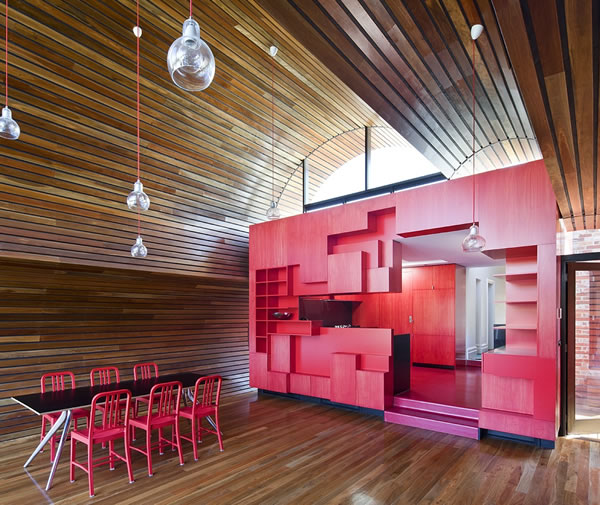 Form, geometry, colour.
They are the signature hallmarks of all McBride Charles Ryan projects.
And this new work, Cloud House,
an extension to an Edwardian property in Fitzroy North,
uses all 3 elements to create a space which is playful,
dynamic & lively. 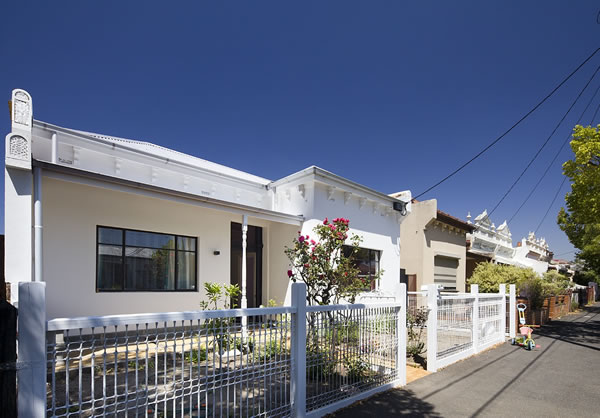 Let's see this in context first.
The property is in a typical street
in one of Melbourne's older inner city suburbs,
filled with Victorian & Edwardian cottages.
In fact, from this view,
one wouldn't have the slightest inkling of the
extraordinary space behind.
Which is just how the clients wanted it. 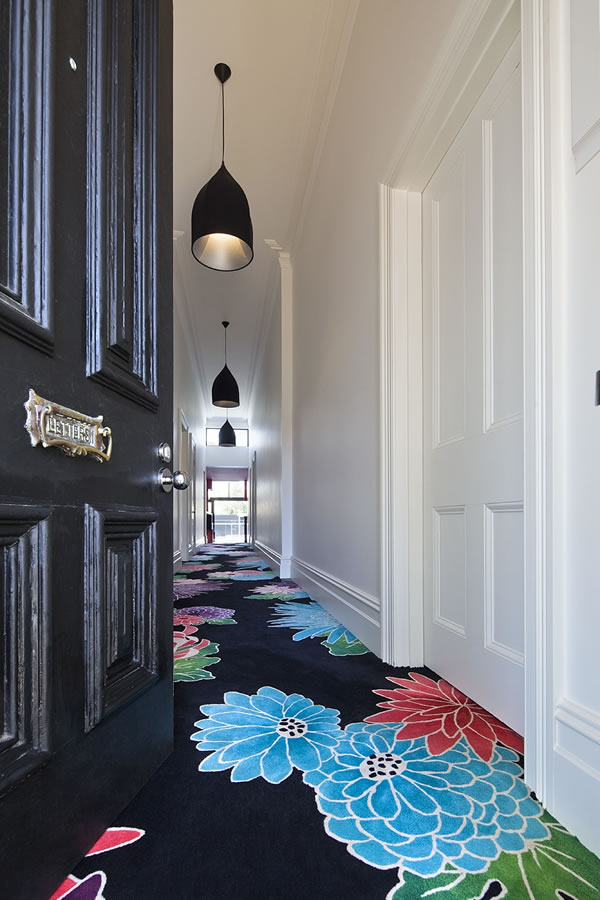 But when the front door swings open,
a boldly patterned and colourful carpet
gives a rather large clue that this is no ordinary
heritage renovation.
Look carefully.


Can you see a glowing red space at the end of the corridor? 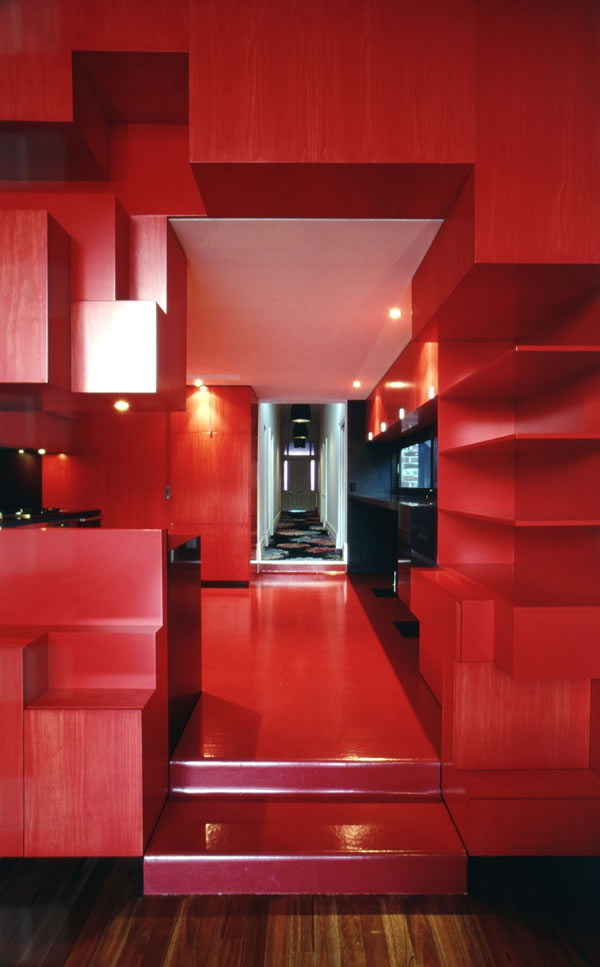 This is the glowing red space.
(We have turned around to look back at the front door.)
The red space is the kitchen,
the ceremonial & geographic heart of the home.
It represents the junction between old + new,
with its shock of colour and jagged lines. 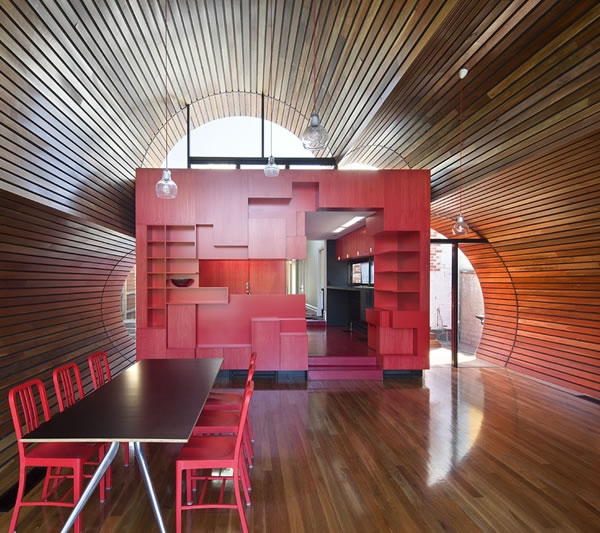 And here is the new: a curvaceous, frolicsome space
where the usual distinction between floor, wall and ceiling
is somehow irrelevant. 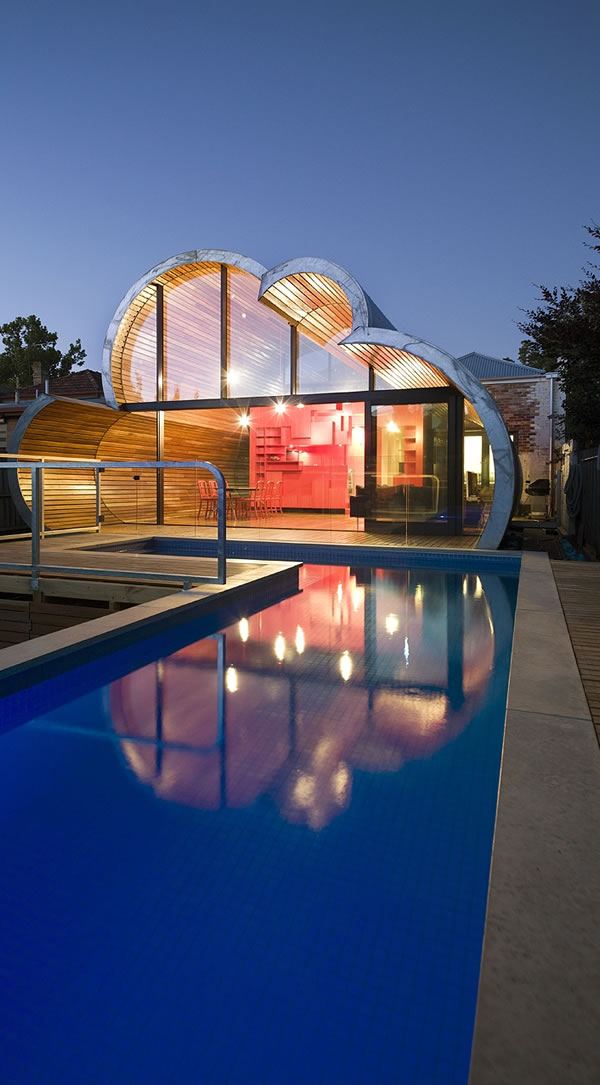 The cloud shape of the extension is very much in deliberate contrast
with the original building.
It is the play space, opening up to a lap pool and garden,
flooded with southern light by day
and lit up like a glowing jewel box at night. 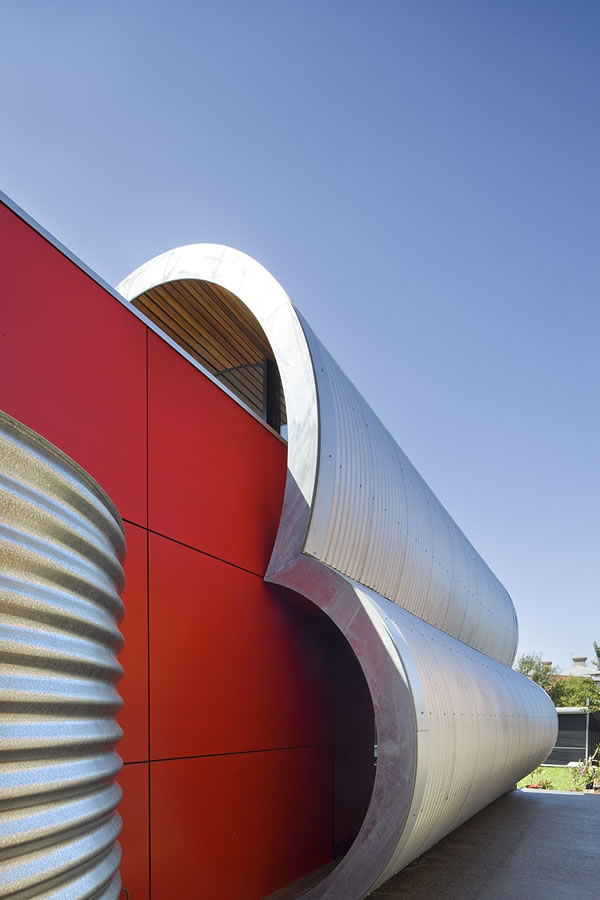 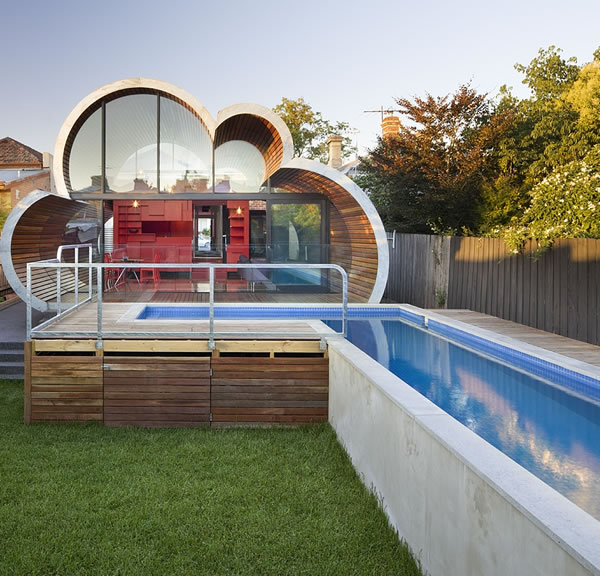 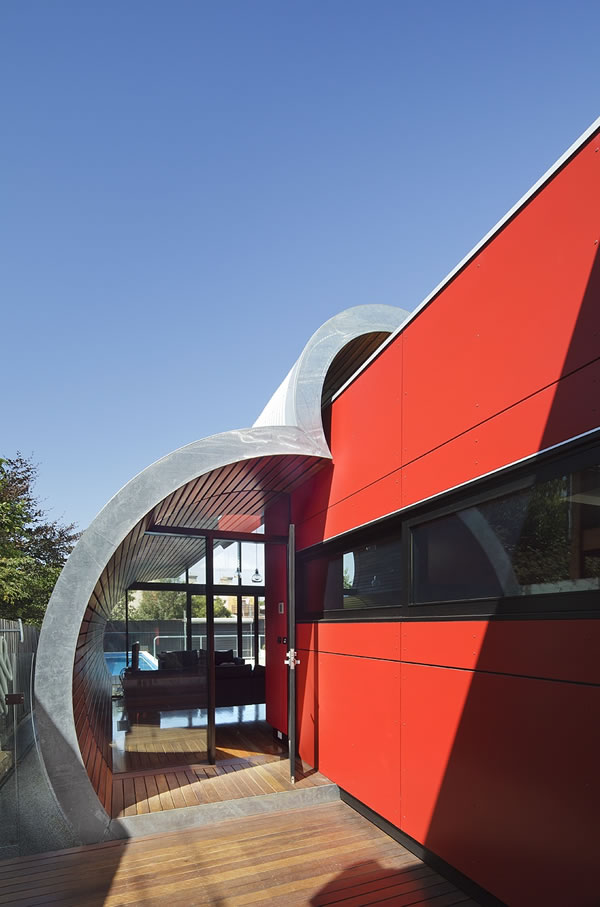 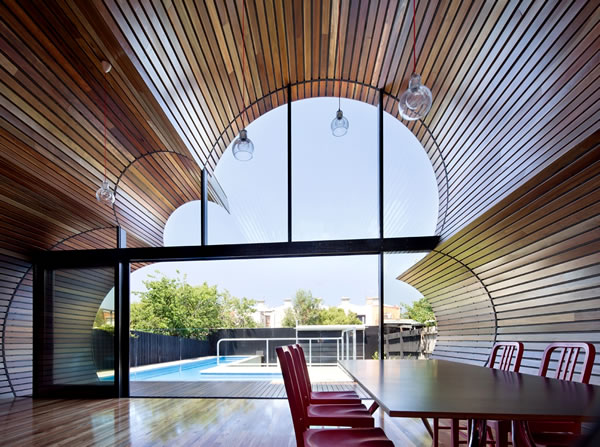 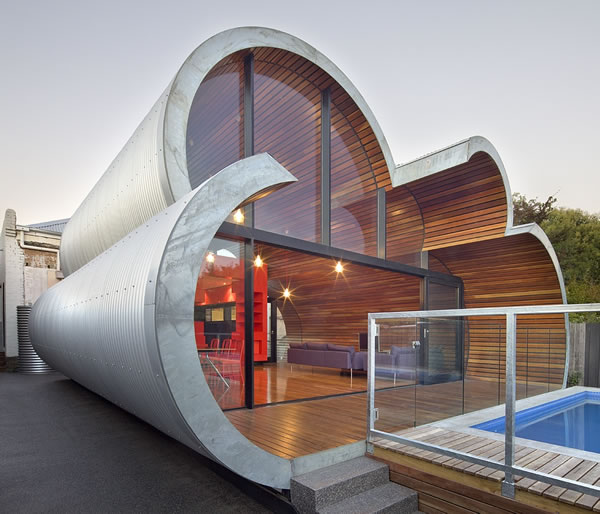 While previous works by this imaginative architectural practice
have explored the geometry of angles
(like their Klein House, which won the title of World's Best House in 2009,
in the World Architecture Festival),
Cloud House plays with geometry again,
but with a very different effect of curvaceous organic shapes.
And it's yet another of their works which pushes the boundaries,
making us rethink and requestion just exactly
what is defined by a "house".