Truly lucky are those people born in April,
because they get the most enchantingly beautiful of gems
as their birthstone: the glittering diamond. 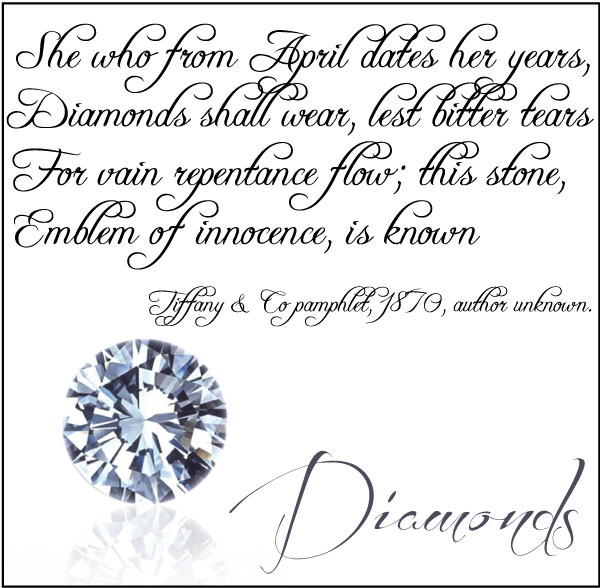 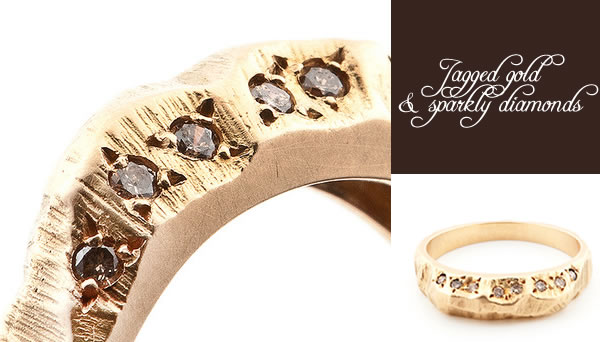 Considered the most popular of all the gems,
diamonds were first known to have been mined in India
around 4000 years ago. 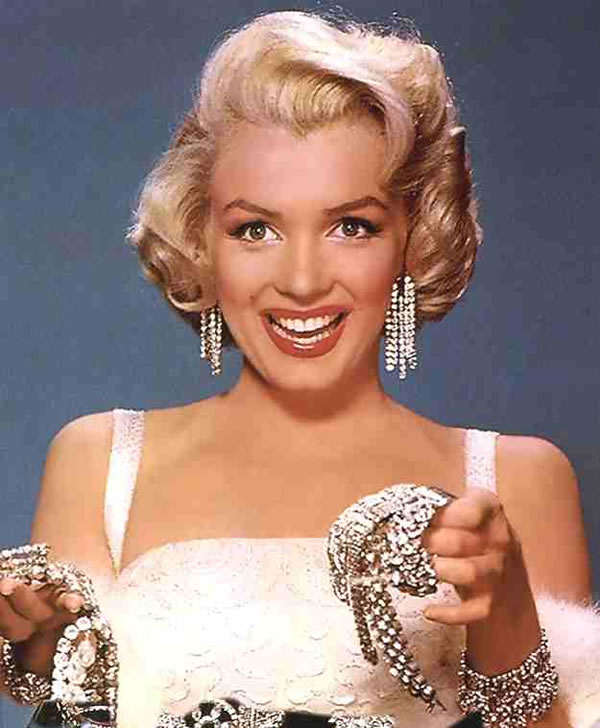 And we just know that they were always destined to be
a girl's best friend. 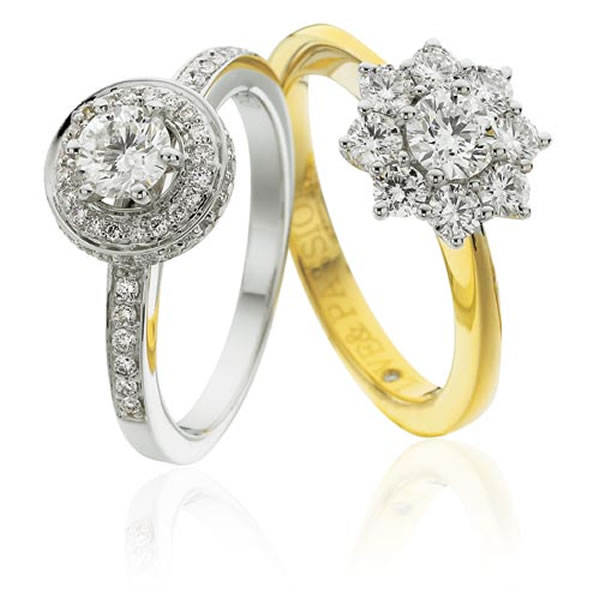 The Ancient Greeks imported the stones from India
and referred to them as "adamas",
(meaning unbreakable)
from whence we get our modern word "diamond".
They are still the hardest substance known,
because of the arrangement of their atoms. 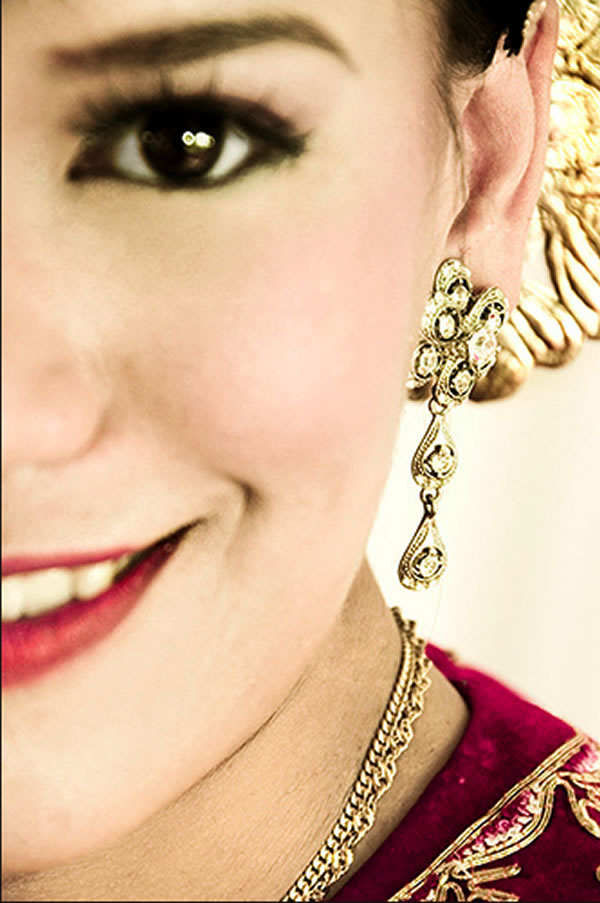 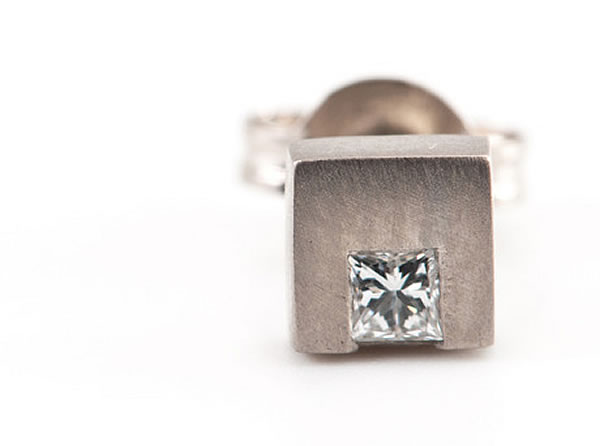 Each diamond is around 3 billion years old,
formed when carbon atoms combined under huge pressure &
high temperatures (1300 degrees C),
far beneath the ground. 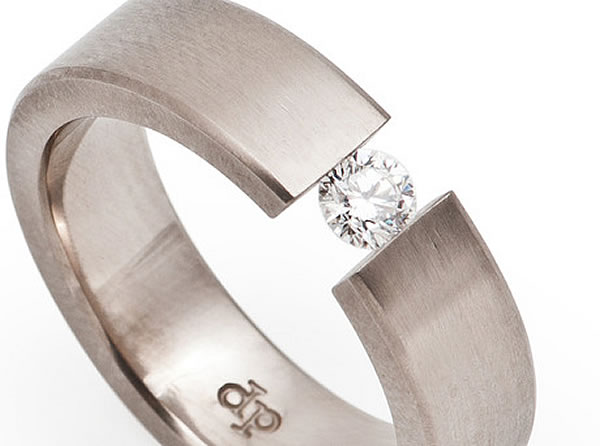 Diamonds sparkle more than other gems because
they refract more light.
This also depends on the quality,
which is measured by clarity, carat, cut and colour. 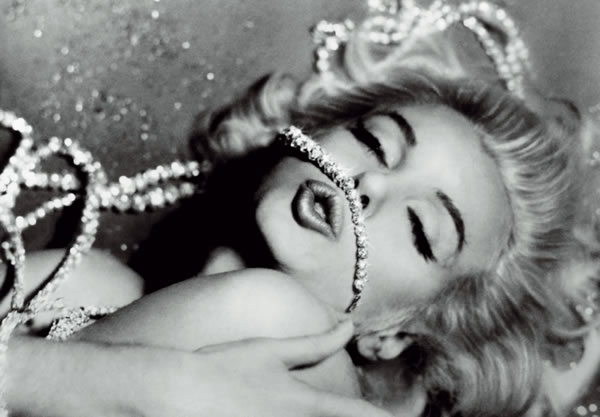 Clarity refers to the amount of imperfections in the stone,
and ranges from Flawless down through 6 stages to Pique.
Carat is the weight, which is 2 grams per carat.
The value increases dramatically with weights above 1 carat.

Cuts vary with the whims of fashion,
but the most popular is consistently the Round Brilliant,
which maximises the refractions.
Other popular cuts include
Emerald, Heart & the Princess. 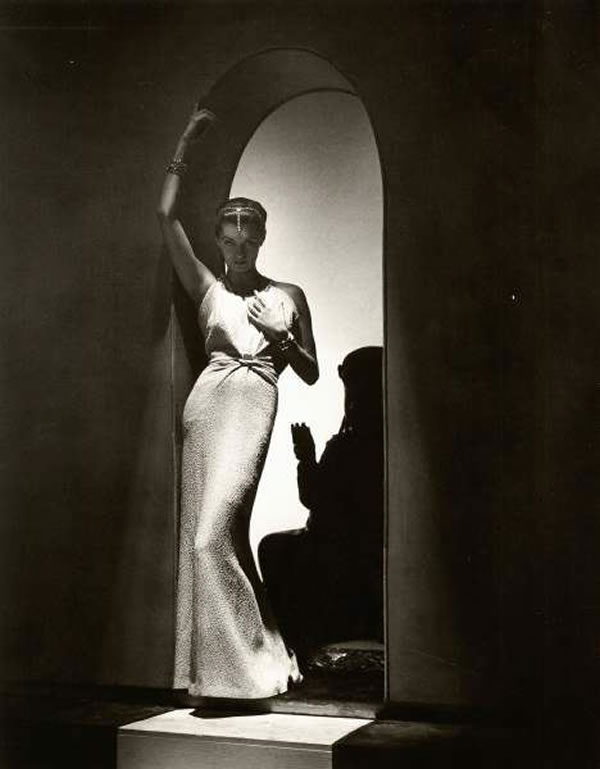 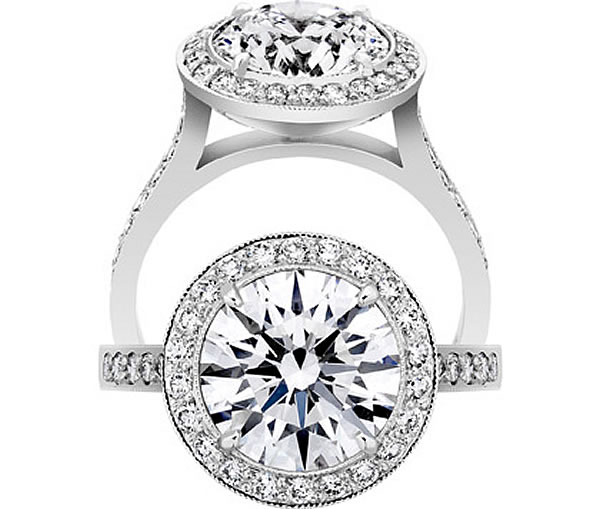 The last of the "4C's" to determine a diamond's value is colour.
"White" diamonds are graded from
the very colourless and most valuable D,
through to slight grey & golden tones,
right down the alphabet to Z.

But after Z,
the Fancy diamonds,
with their distinct colours,
enter a realm of their own,
both in value & in the intensity of the coloured sparkles. 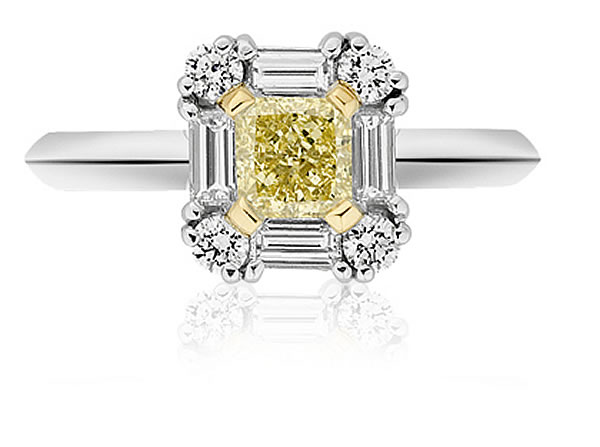 One of the most beautiful of the Fancies are the yellow diamonds,
but they also appear in blue, green, purple and red,
depending on small concentrations of minerals other than carbon.
The more intense the colour, the higher the value.
And an intensely coloured Fancy is worth much more
than a white diamond. 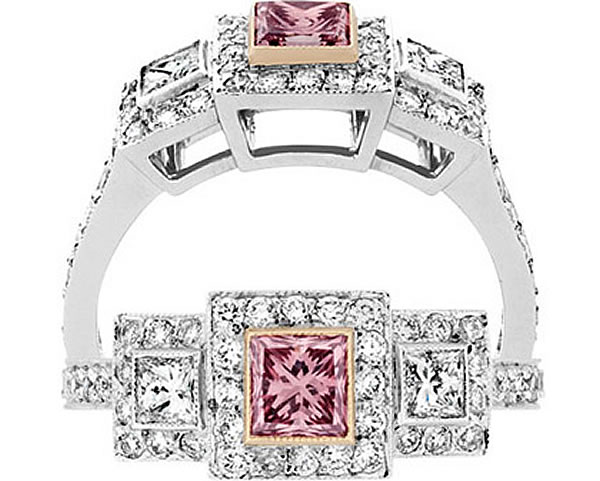 The famous Argyle Pink diamonds are somewhat of a mystery,
as nobody has quite yet determined how or why they are pink.

They are found in the largest diamond mine in the world,
in the ruggedly remote & beautiful Kimberleys of Australia,
where the majority of diamonds are of the white type.
A find of the much rarer pink ones is cause for celebration. 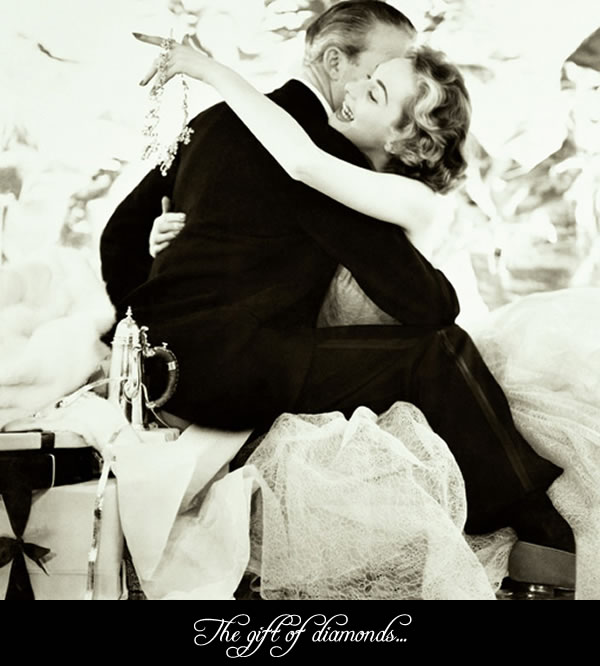 Diamonds were extremely rare until the early 18th century,
when alluvial ones were discovered in Brazil.
This was followed by small finds in Australia in 1851 & South Africa in 1866.
But in the early 20th century,
large amounts of diamonds were found across Africa,
and the world diamond trade became extensive.
By 1954, they had also been discovered in Siberia in large quantities. 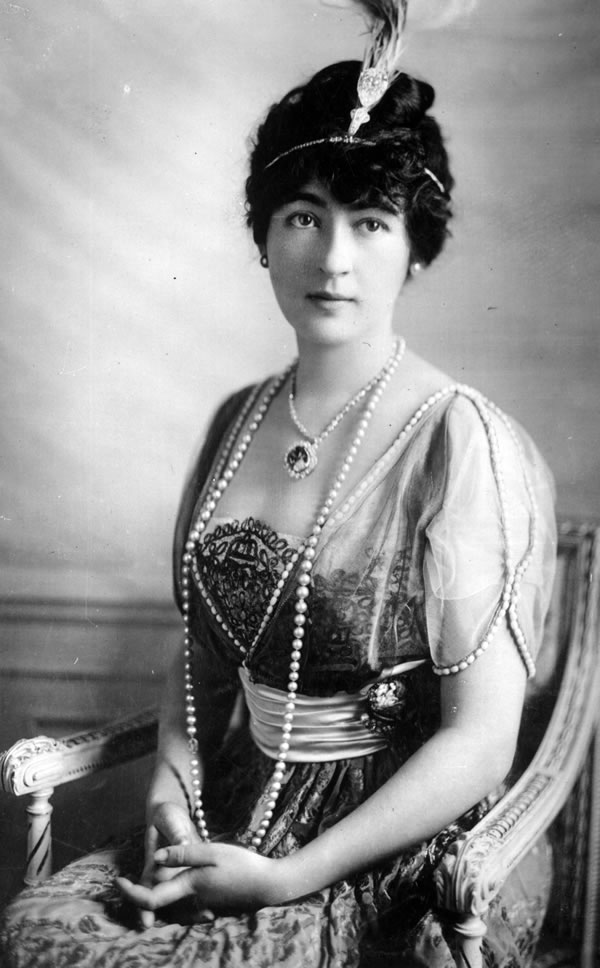 Possibly the most famous gem of all,
the Hope diamond,
(worn here by American socialite Evalyn McLean)
is rumoured to be cursed,
bringing the wearer death and misfortune.
Its provenance is somewhat controversial,
but it was likely the Blue Diamond owned by no less than Louis XIV,
which was passed down to the less fortunate Louis XVI
and then to his wife Marie Antoinette. 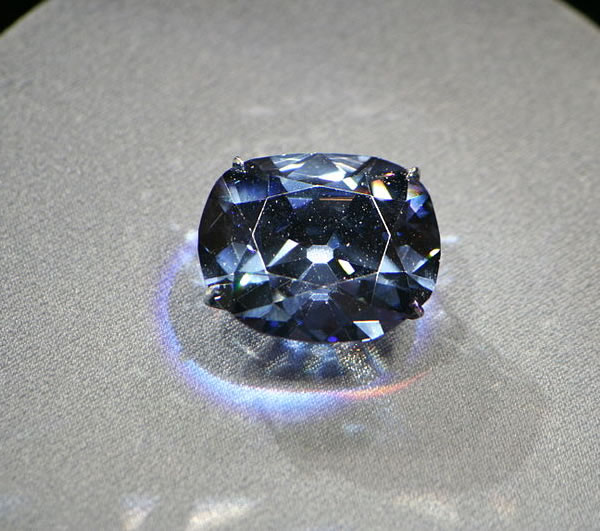 The Fancy blue diamond disappeared,
with various rumours of its ownership & curse across Europe,
but appears to be the same stone bought by Thomas Hope,
a wealthy London banker,
in the 1830s.
It remained in the family for half a century,
from whom it acquired its name.
By 1910, it was bought by the Cartier family in Paris,
who in turn sold it the McLean's. 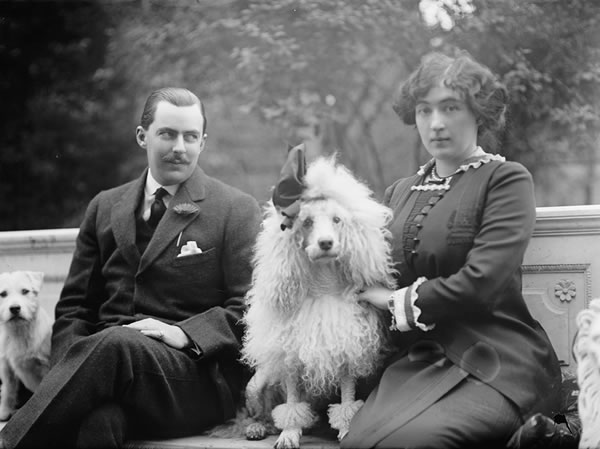 If the curse is to be believed,
it is perhaps the reason for Edward ending up in a sanitarium,
the McLean's divorce,
bankruptcy of their family paper The Washington Post,
death of their son by automobile accident
and death of their daughter by her own hand.
After Evalyn's death,
the Hope Diamond was bequeathed to her trustees,
who later sold it
to the diamond merchant Harry Winston,
to pay off debts.
He donated it to the Smithsonian Institute in Washington,
where it appears to be living curse-free. 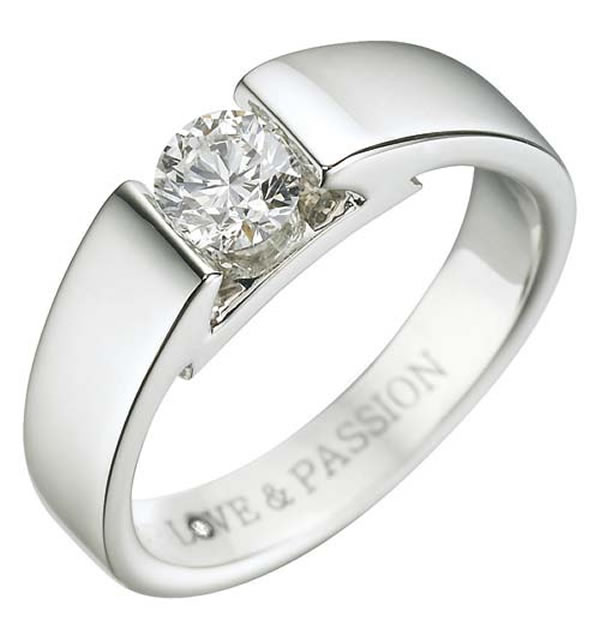 Most diamonds are considered lucky, however,
perhaps because of their purity,
or maybe it is just their sheer beauty which captures our hearts. 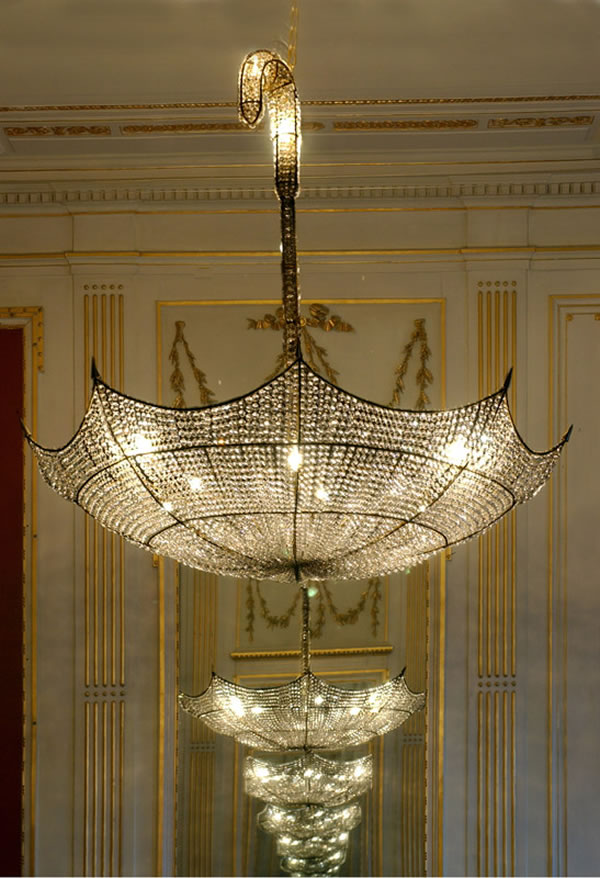 We emulate them with crystals,
with mirrrors and with sparkles,
because it seems most people adore diamonds. 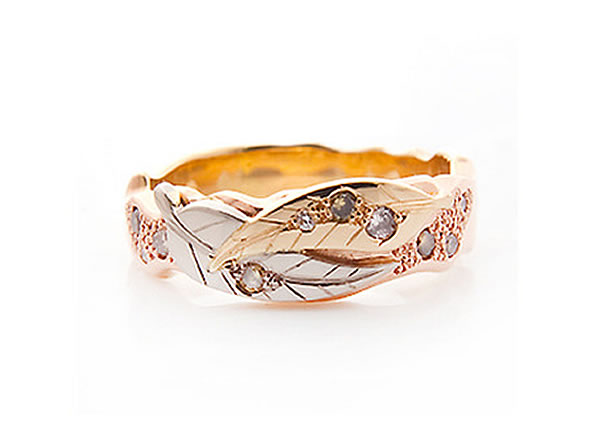 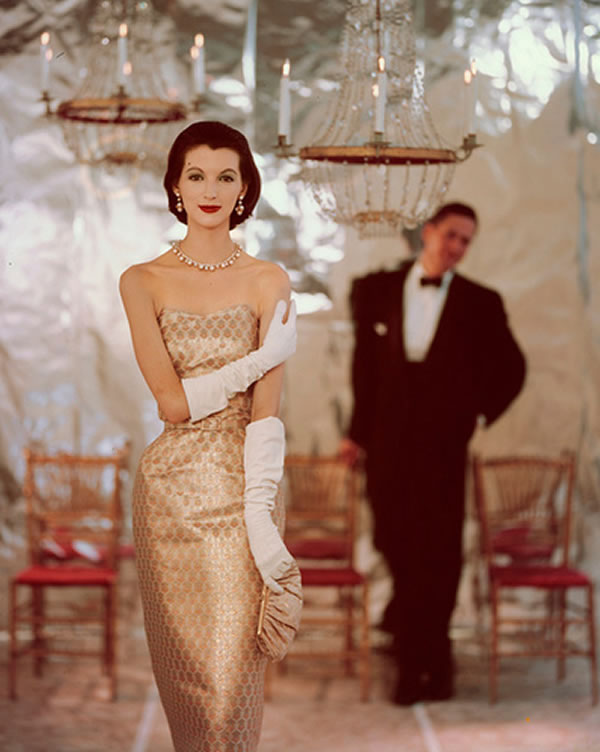 So if you are lucky enough to be born in April,
this is your birthstone.
But you can't be greedy,
because the rest of us love them too!