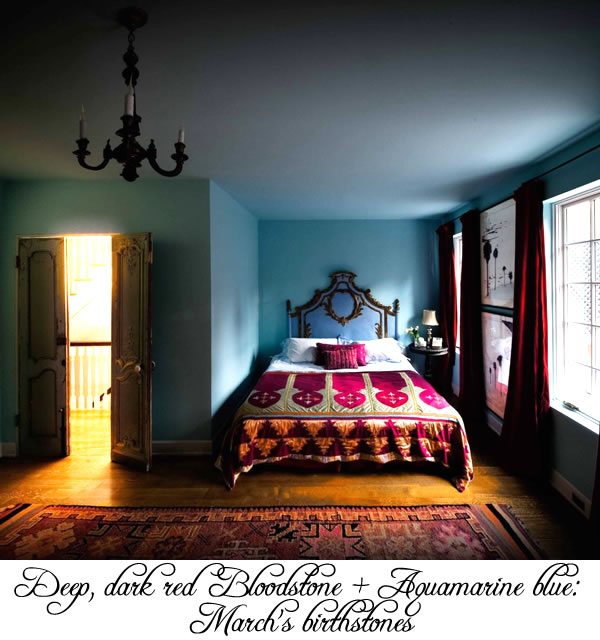 In all the excitement of so many projects whirling all around me,
very nearly forgot about the Birthstone of the Month!
But it is a colour not easily forgotten,
because there is a certain generosity about March,
with not one,
but two,
birthstones: Bloodstone + Aquamarine. 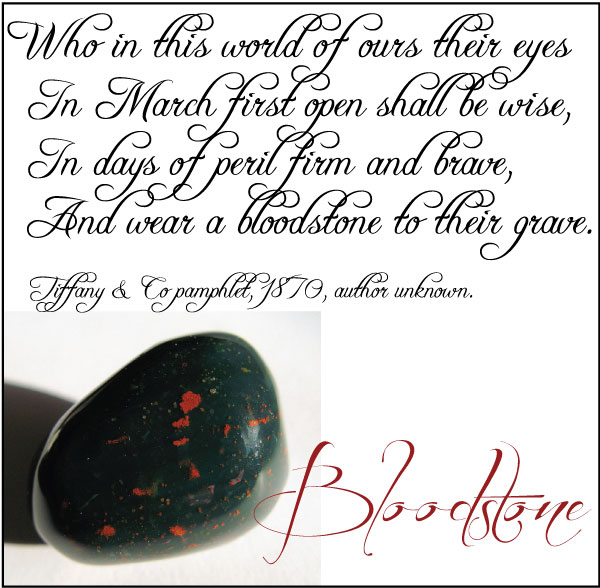 In our Tiffany Gregorian Poems series printed in 1870,
Bloodstone is the gem mentioned.
Also known as Heliotrope, it is a semi-precious stone,
mostly of dark green background,
with little flecks of dark red - from whence it gets its name.
It was thought to be a powerful weapon against
various blood disorders
in medieval times. 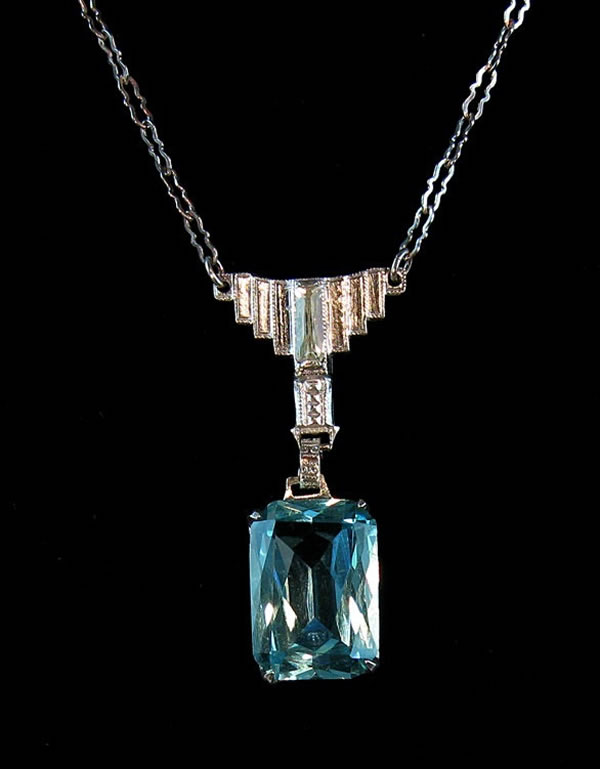 However, somewhere around the turn of the century,
the beautiful clear green-blue stone of Aquamarine snuck in as an
alternative for March's birthstone.
In fact, by 1912, when the
American National Association of Jewelers
decided enough was enough
& produced a definitive list of birthstones,
they listed both Bloodstone & Aquamarine for March. 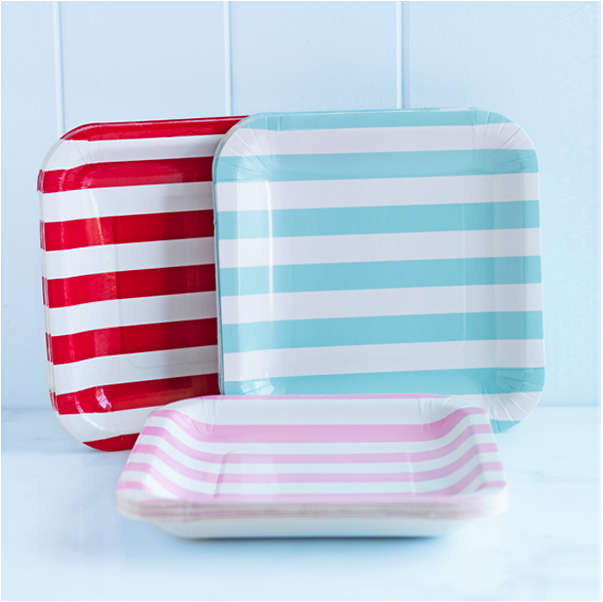 But luckily for us, it just so happens that pale, greeny-blue aquamarine
and deep dark cherry red happen to go together swimmingly. 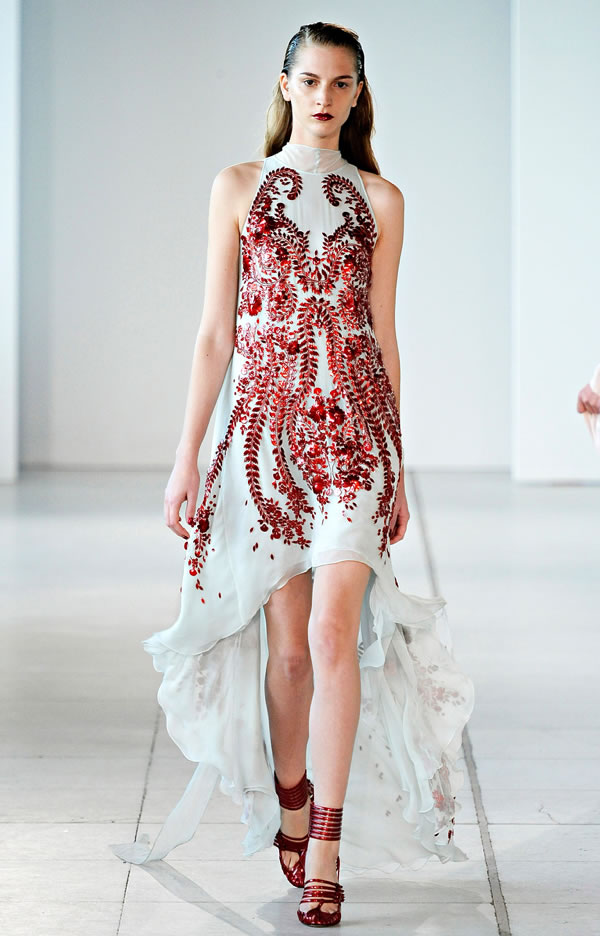 Perhaps it's the pale delicacy of the blue
contrasted with the drama of the bolder deep red,
but it is a combination which I find endlessly fascinating.
This glorious gown is from Antonio Berardi's spring 2012 collection.
The blue chifffon is floaty, dream-like.
The blood-red sequins are striking, audacious.
It's a "look at me" gown. 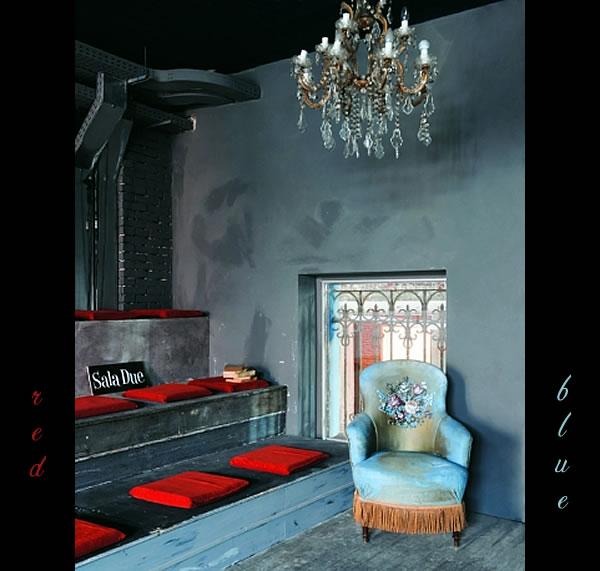 And in the Teatro Franco Parenti in Milan,
it's a theatrical combination of colours
which almost has a sense of haunting beauty.
(Perfectly appropriate for a building
which was a 1930s cinema,
but has since been re-fitted
as an experimental theatre.) 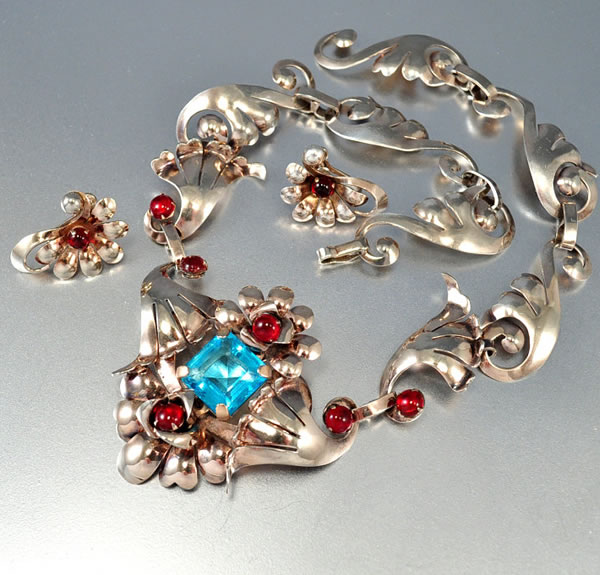 Dramatic, I think,
is the right adjective for this Art Deco pendant & earing set.
Not for the faint-hearted.
But very glamorous all the same.
Worn with a black velvet strapless gown,
it would be simply stunning. 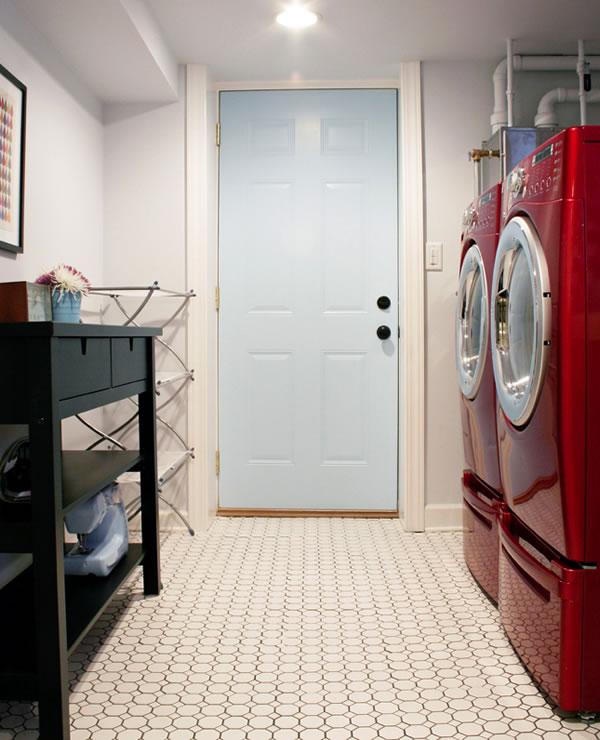 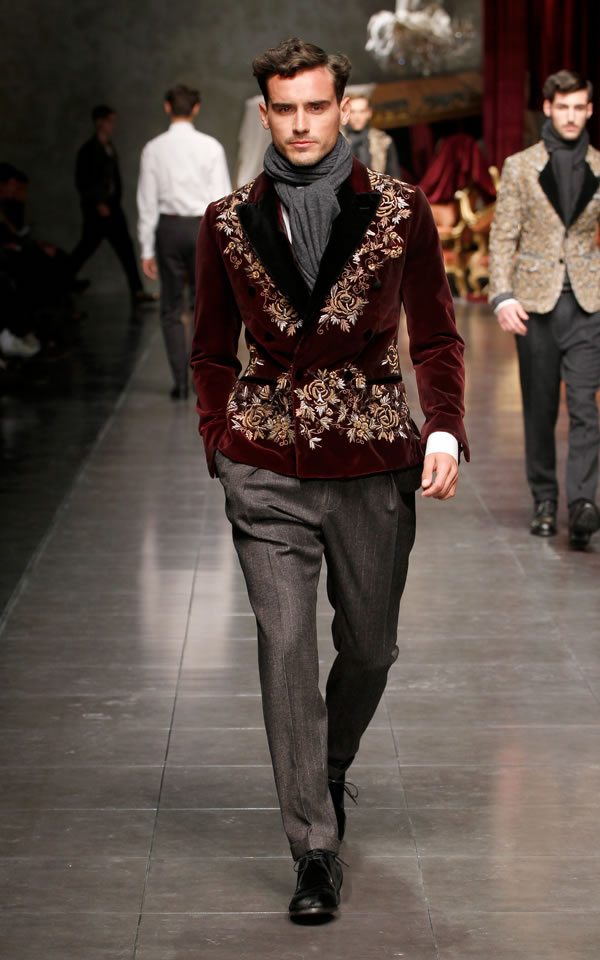 Bloodstone red on the Dolce & Gabbana men's runway
for winter 2013. 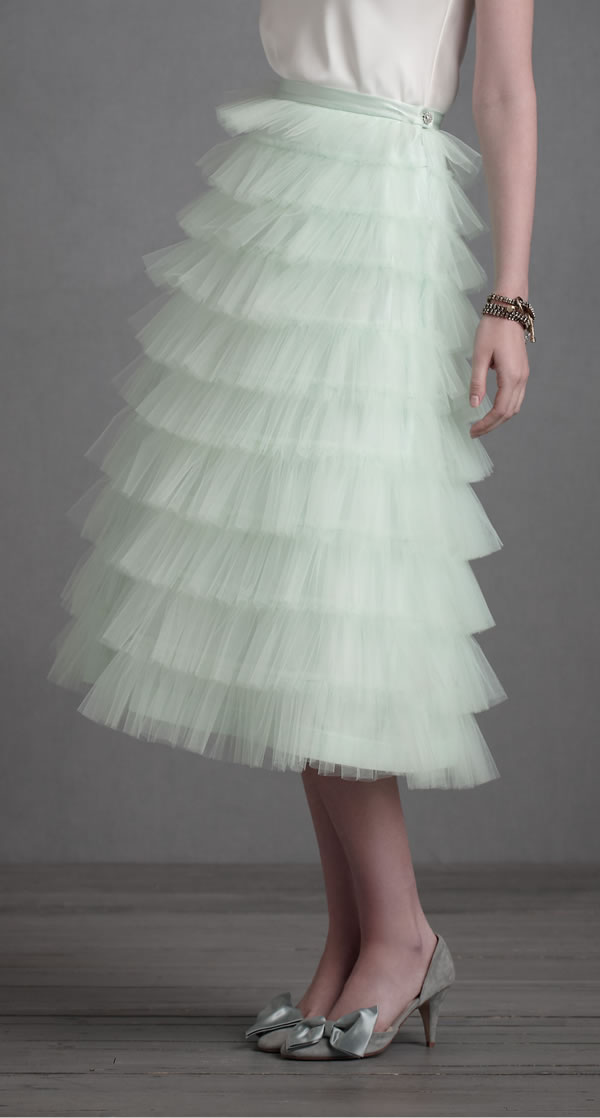 Palest aquamarine in a confection of tuile, by BHLDN. 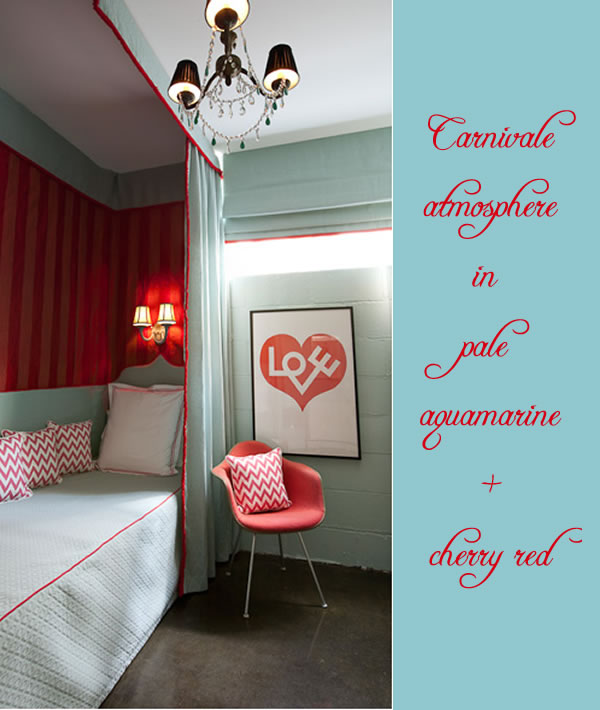 You can see a theme developing here:
of moody theatrics when these 2 colours are combined. 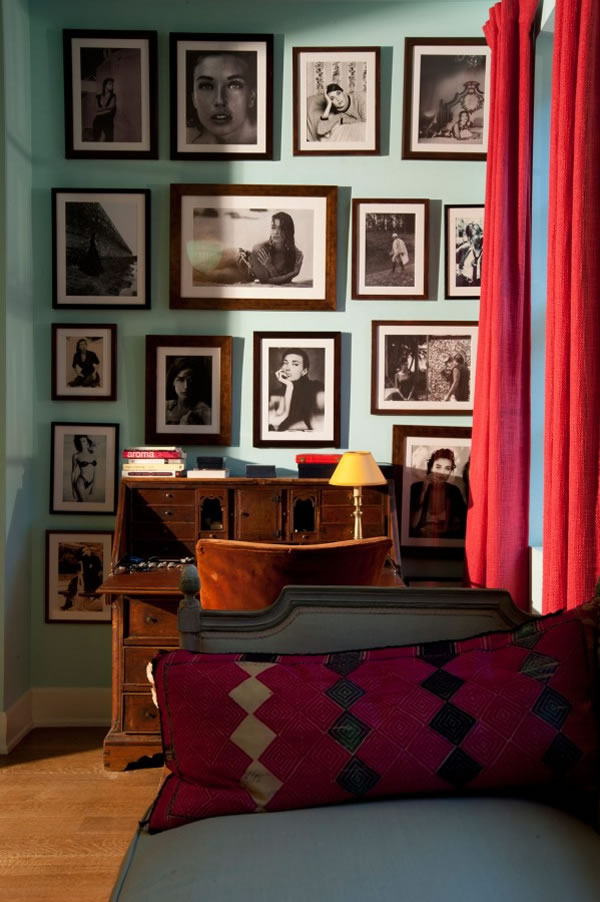 And perhaps nowhere is this better illustrated,
than in this townhouse designed by Olatz Interiors. 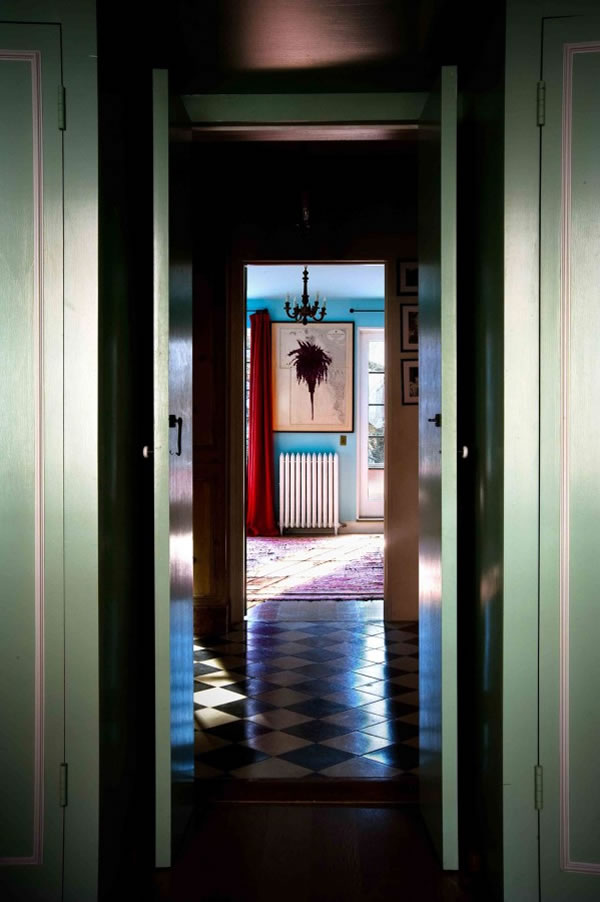 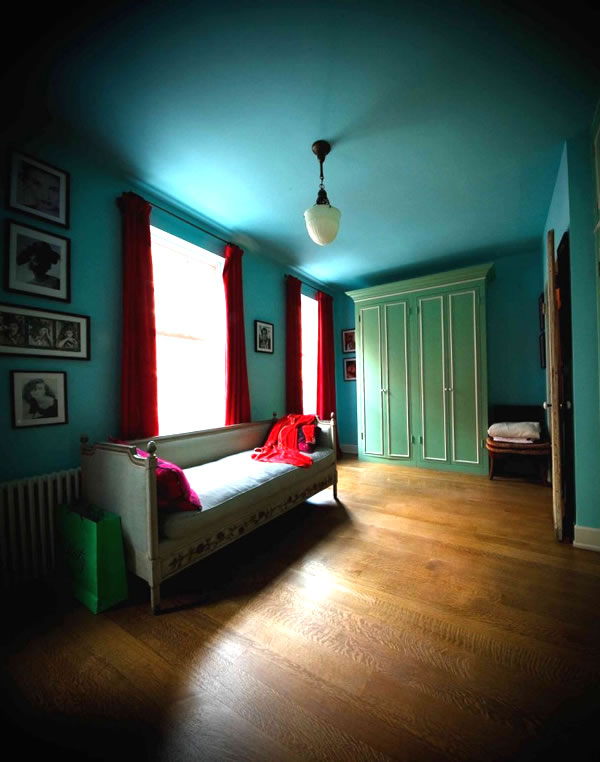 So for those people born in March,
this colour combination of your birthstones is truly a birthday gift.
And for the rest of us,
well, I reckon we are probably allowed to enjoy it too!