As Monday is the first day of the week,
I thought it may be fun to introduce a new weekly series
focussing on front entrances,
which also represent a beginning,
or a threshold through which we pass from exterior to interior.
(They also happen to be one
of my favourite elements
of the building design process,
because the front door is such a poignant symbol.) 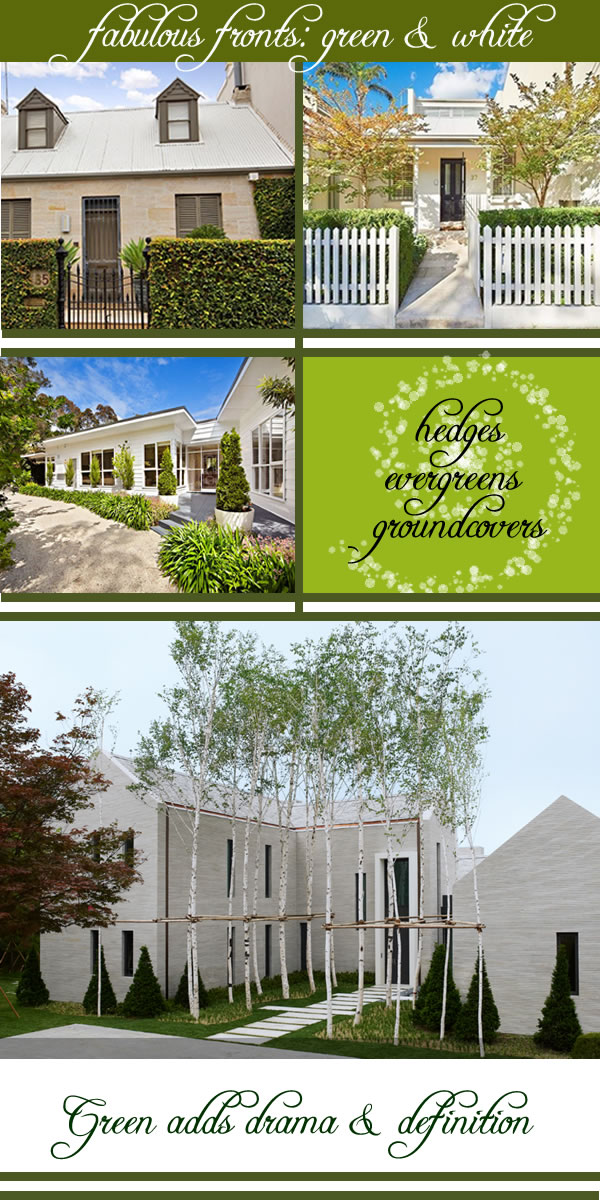 Starting with the timeless appeal of
green plantings & white buildings.
Where the emphasis is not so much on the door itself,
but on framing it with a living, changing diorama.
Romantic, dramatic, classic or modern ~ leafy plants can
create all of these effects because the focus is on simplicity.
And while I adore colour,
there are some occasions when holding back on it,
and simply letting various tones of just one colour shine though,
(especially when it is a living, changing thing)
can create the most spectacular entrance.
From a little pot of evergreen by the door,
to a pleached avenue of birches,
the greenery exudes a welcoming gesture.