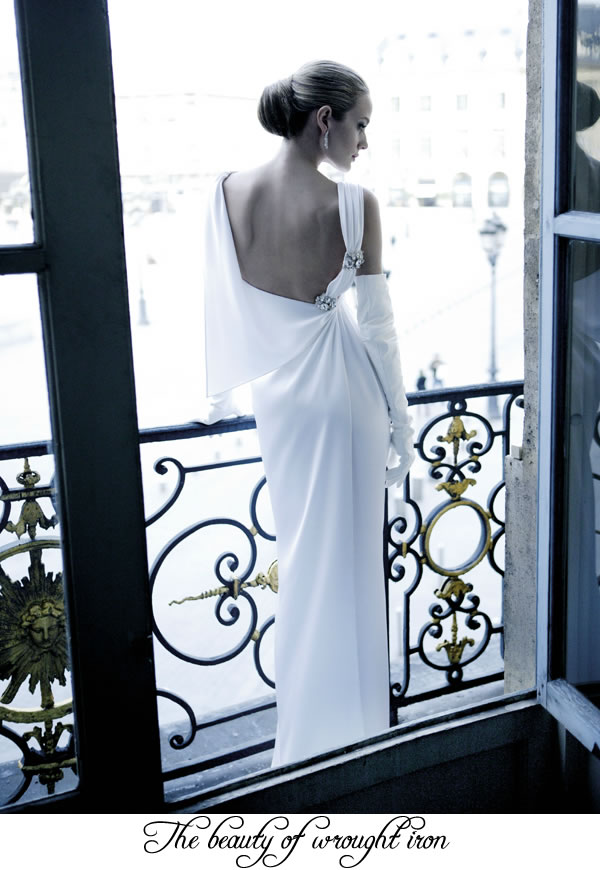 The twirls & swirls of iron lace,
in their filigree patterns throwing charming patterns of shadow,
can instantly change a building from serious to romantic.
Reaching a zenith of popularity in the late 19th century,
iron lace was mostly used on balustrades, column capitals,
gates & fences
to impart ornamentation & display wealth. 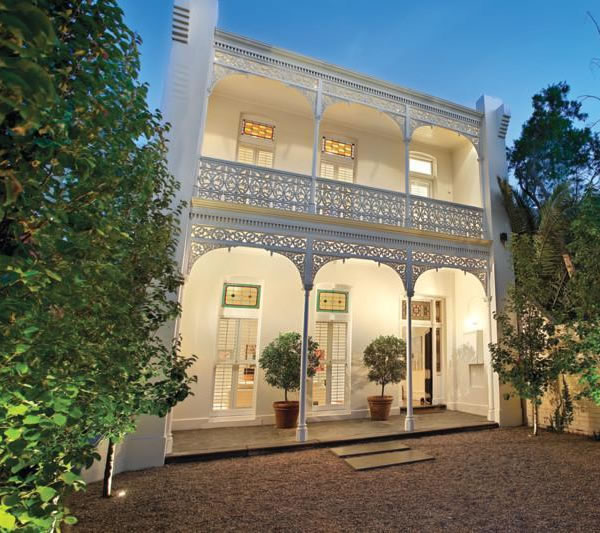 On balustrades,
where the lacy openness creates views through,
the lace iron adds a sense of lightness,
rather belying the actual weight of the material.

Most building lace is cast iron,
which was an inexpensive way to produce
the patterns of the time
in large quantities.
Patio furniture, so popular in the middle of the 21st century,
is more often wrought, or hand-worked, iron. 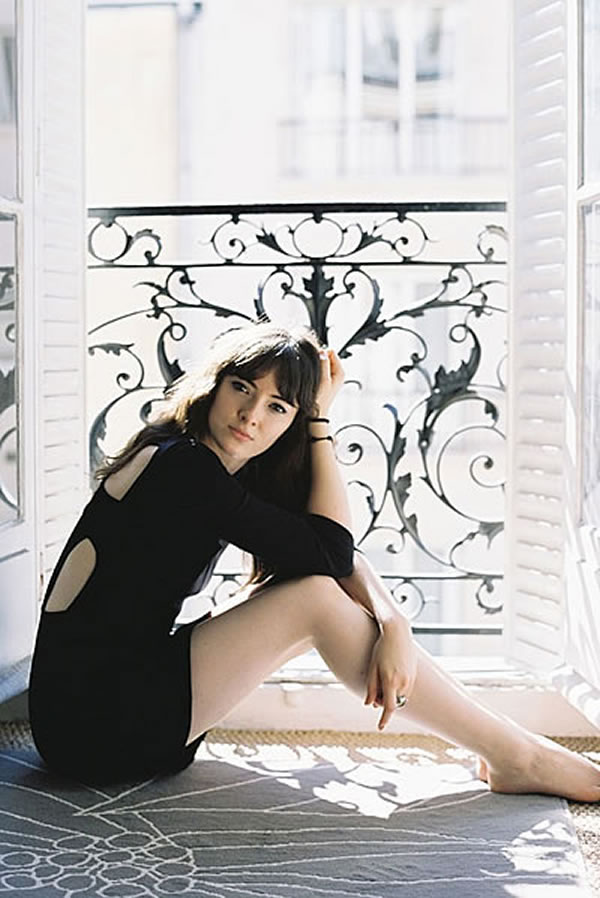 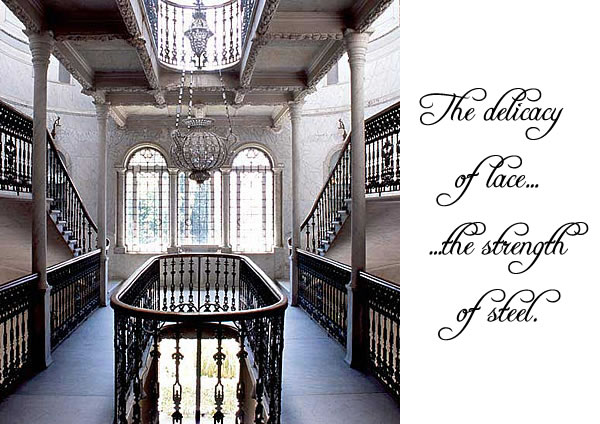 So tragic that so much iron lace was tossed out in the 1970s,
when it fell from favour because it was considered "old fashioned".
It's wonderful though, that its charm is once again recognised.
For it is an element of great beauty.