Dreaming of your own Beach Box this summer? 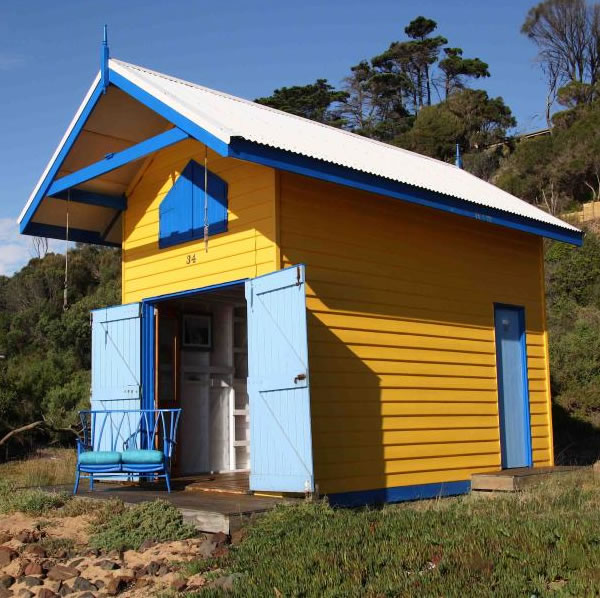 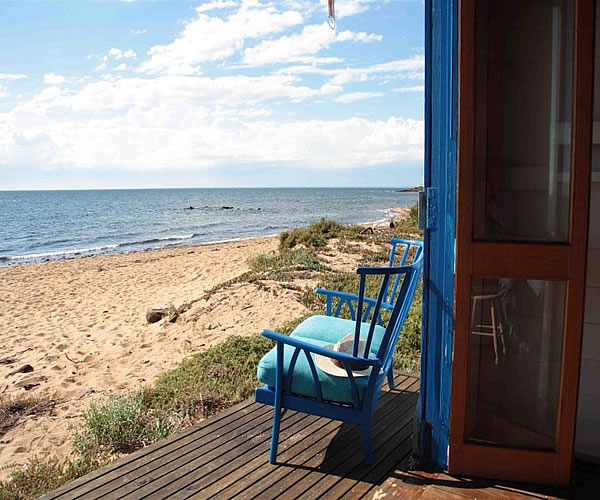 Living by the bay,
as we do,
often makes me dream of the notion
of having my very own beach box.
Right on the sand.
Just like this. 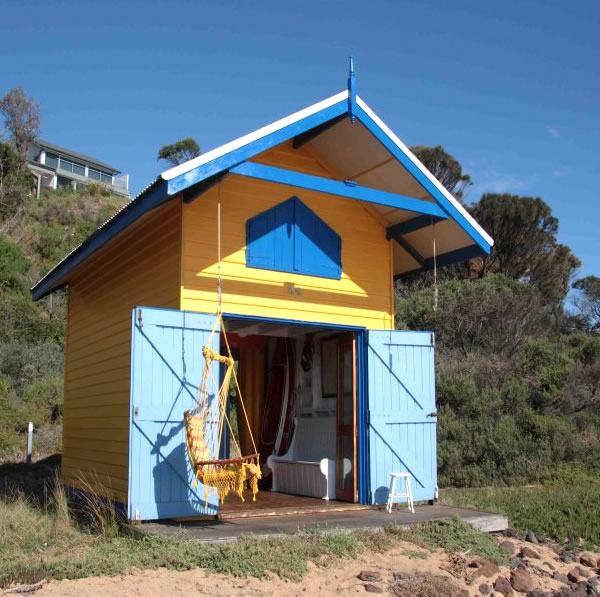 This one, which has just come on the market,
is at Ranelagh Beach, Mt Eliza,
and looks rather splendid in his coat of blue & yellow paint. 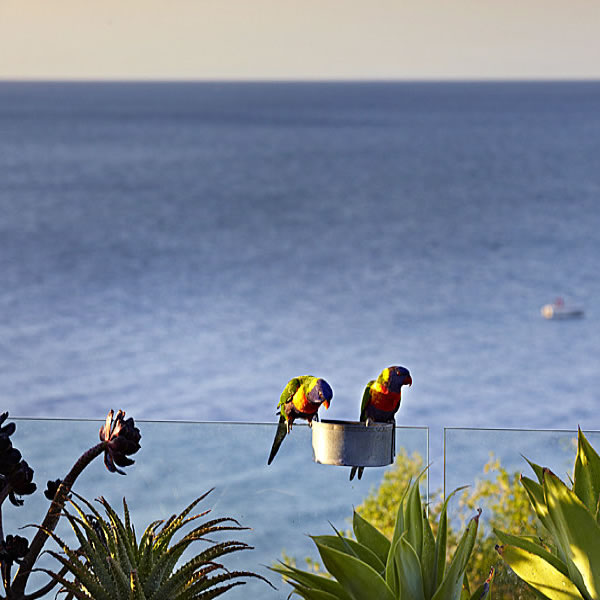 The local Ranelagh beach
is a favourite walking spot of ours,
because the sheltered cliffs behind the sandy beach
are full of interesting plants & houses,
and the view across the bay is quite spectacular.
(I better not tell Rumbah about his wild cousins who are
out here for breakfast.
Might put ideas in his crazy head...) 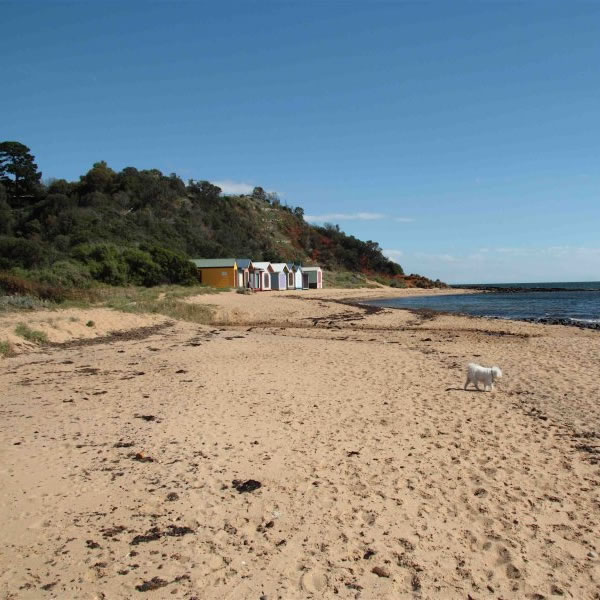 As part of the curious 19th century British notion
of beach boxes & bathing machines,
Melbourne's beaches sport lots of these vernacular
architectural treasures from days long past.
Some were built in the 1800s,
some in the 1900s.
The different eras mean no two are quite the same.
Our fellow is one of over 1,300 beach boxes on the Mornington Peninsula,
stretching from Mt Eliza down to Portsea. 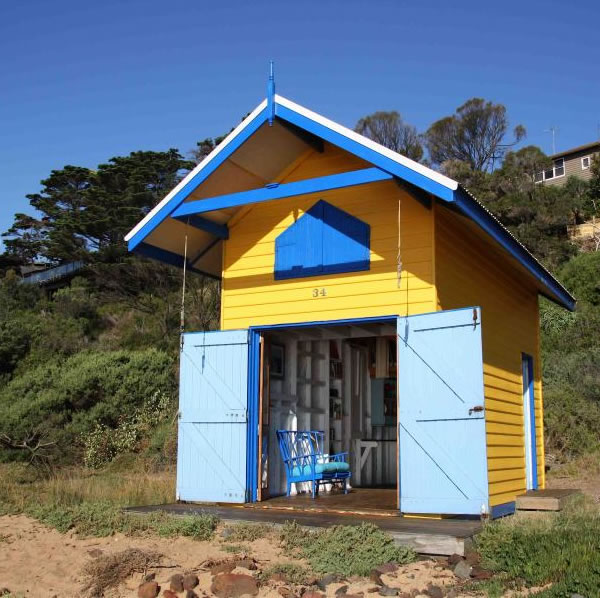 Based on those in Brighton, England, the young Australian colonists
obviously thought they were a splendid way of cooling off
in the hot summer sun,
as they provided a private place to get changed,
before dipping into the waters in a suitable neck to knee outfit. 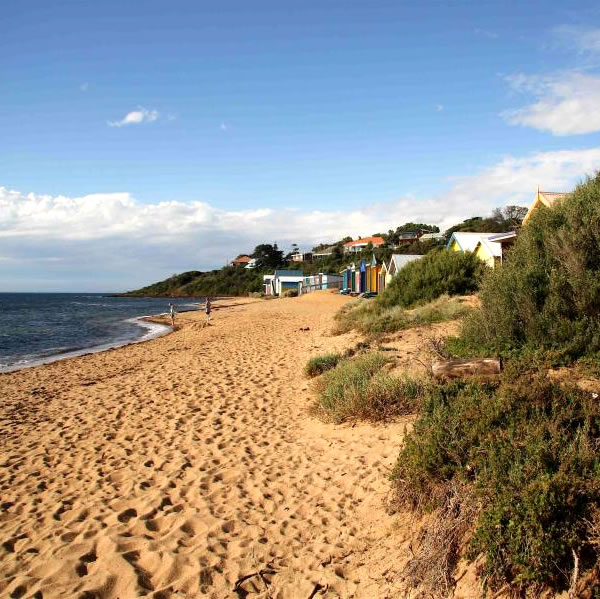 Of course, this was a risky business,
because open sea bathing was only legalised in 1917.
And ten years later, men and women were allowed
to bathe in the open sea.
At the same time.
Shock! 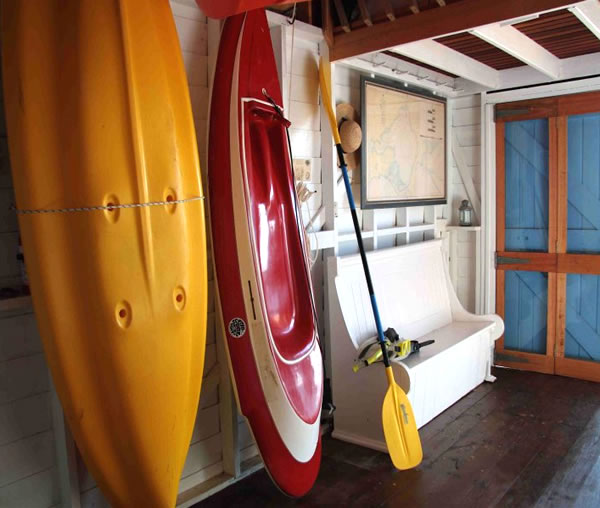 These days, the beach boxes are largely used to store
kayaks, snorkels & the like,
as well as being a fabulous spot to house the barbecue
and picnic supplies. 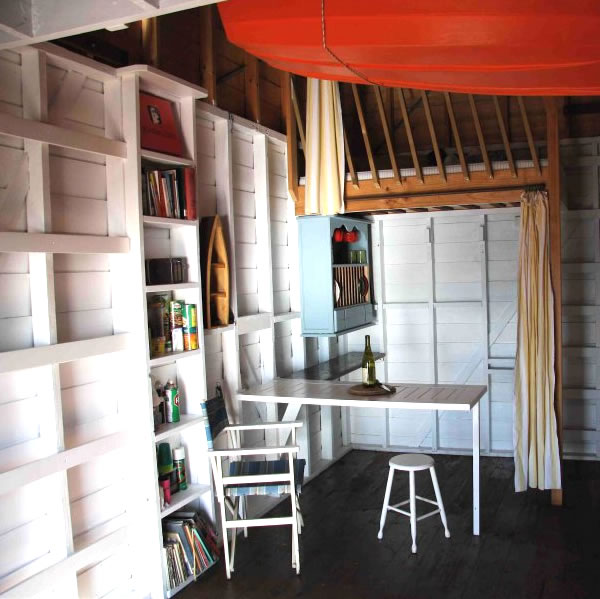 Some of them, like this one,
are large enough to have a little table. 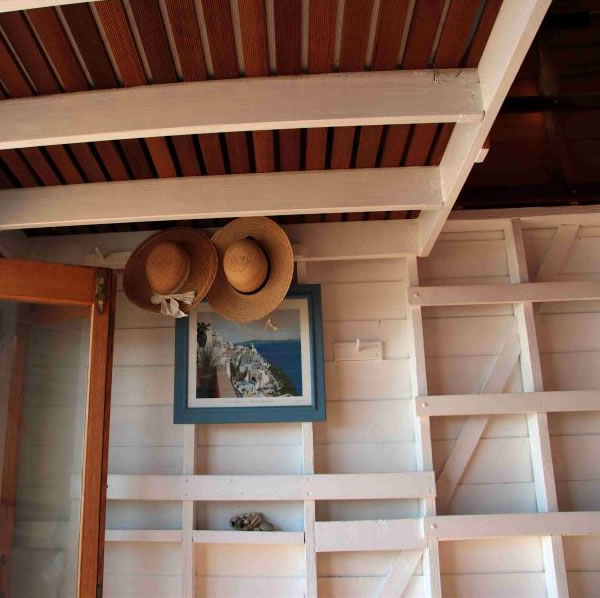 And a handy spot for a collection of beach hats.
Oh, don't get me started on that idea...
it would solve the problem of where to keep all my vintage hats... 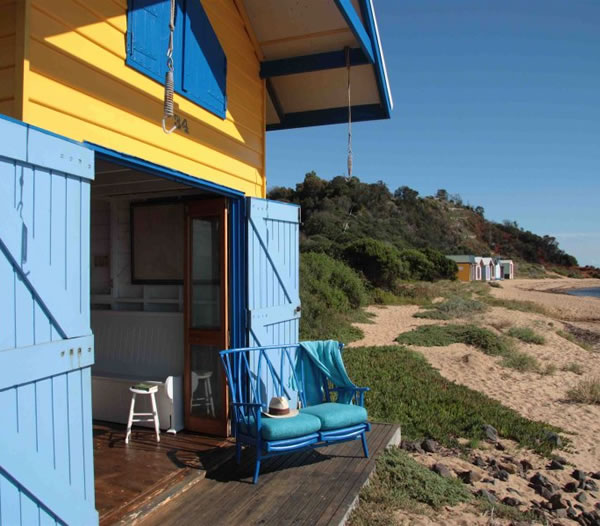 Wouldn't this be a lovely spot for Sunday breakfast? 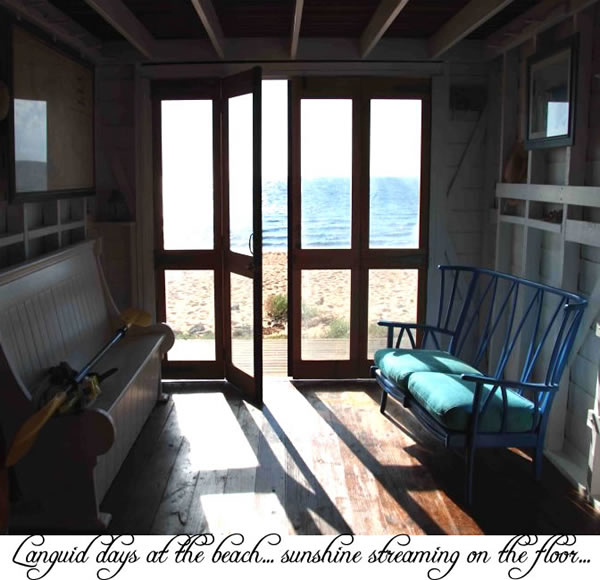 For me, alas this remains a dream,
but for somebody,
it would be the most heavenly piece of history to own.