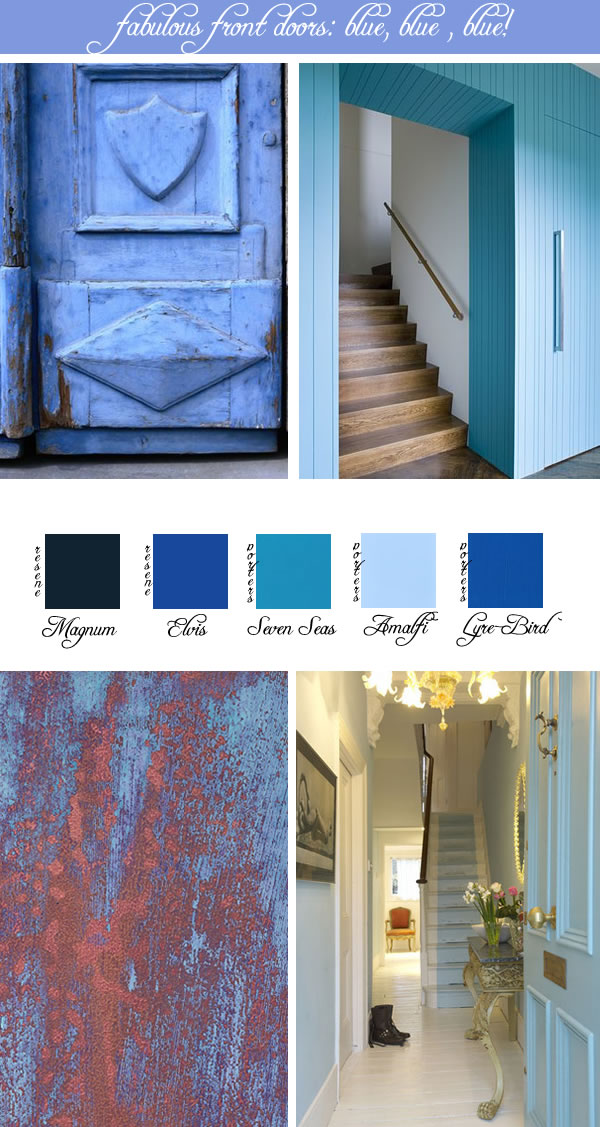 Pale blues take on an illuminance,
almost a glow,
which makes them particularly welcoming & inviting
for front doors.
A patina effect works especially well in this colour,
highlighting the contrast between pale blue & a darker substrate.
(The effect above is achieved through copper paint
with a patina solution applied.)
And adding a little dark, dark blue
(like the Magnum)
gives the pale blue a dramatic, sophisticated edge.

It works for very contemporary styles
as well as heritage ones ~ there's not even a rule as to which
tone should be used in either case.
Instead, look to the other colours
around the front door
as a clue.
Then you can select either a red, or a green, tone base
in blue to harmonise with the other materials.
(A red tone base will create a purply periwinkle blue,
while a green tone base is aqua or patina copper.) 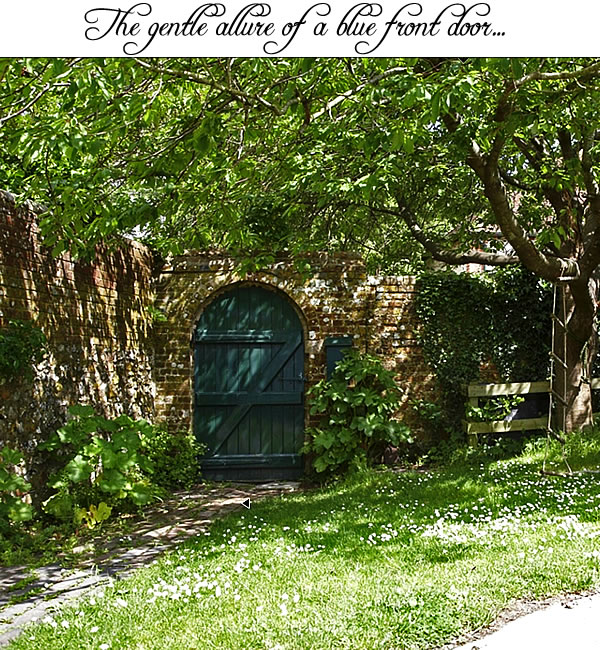 A green toned blue on this garden wall door
compliments the plantings,
which brings out the brown tones of the bricks.
(If the door had been painted a periwinkle blue,
it would have brought out the red in the bricks.)

With such beautiful variations & endless tones,
it's no wonder that blue
is possibly the most favourite colour
of the majority of cultures
around the world.