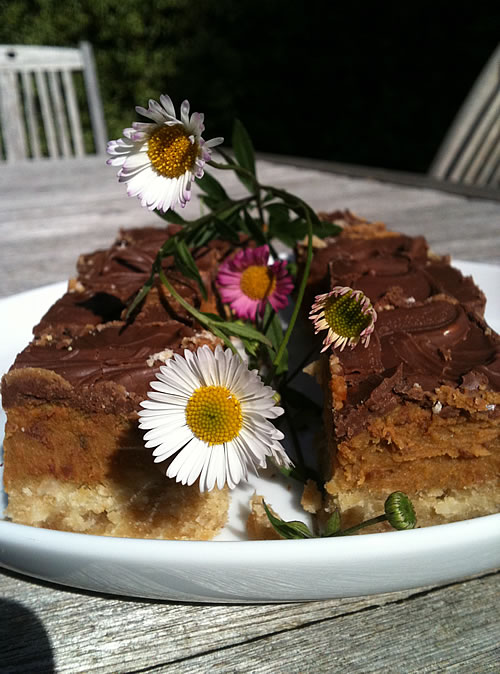 As we have become rather partial to salted caramel macarons
of late, I thought I would experiment with the same
flavours in the classic Chocolate Caramel Slice recipe,
always a favourite amongst children & adults for it's rather
moreish rich taste. 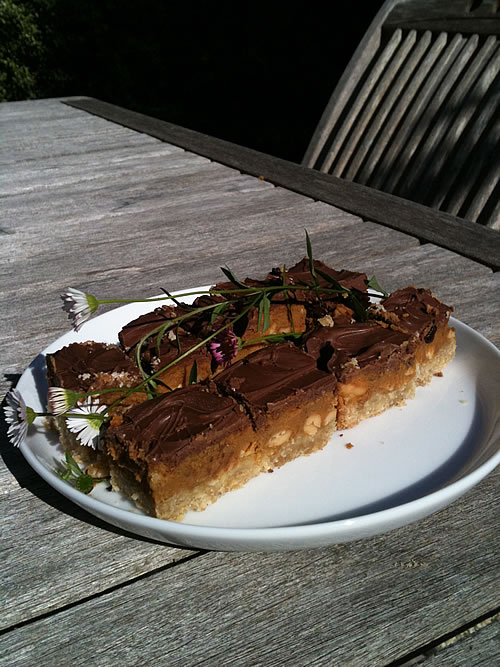 By adding a layer of crunchy salted peanuts
between the dense coconut-sprinkled base
and the darkly delicious soft caramel middle,
there is a brilliant contrast of textures. 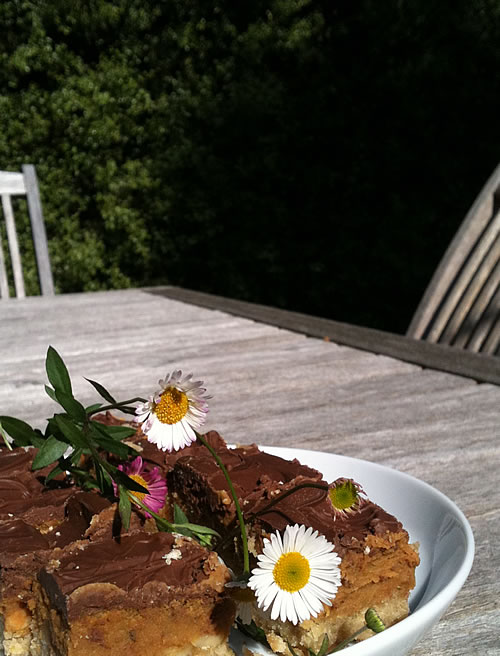 And by using treacle,
(instead of golden syrup) for the caramel,
a richer, more malty flavour balances the salty peanuts. 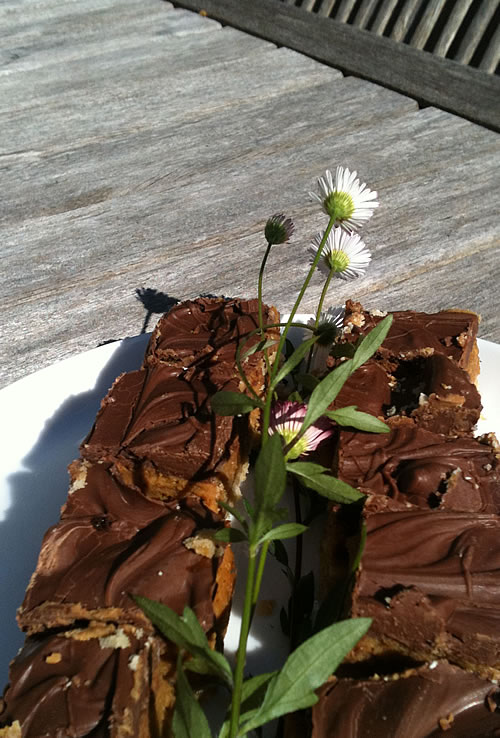 I normally bake on Sundays,
but with 2 teenagers in exam mode in the house,
we are going through food at an alarming pace. 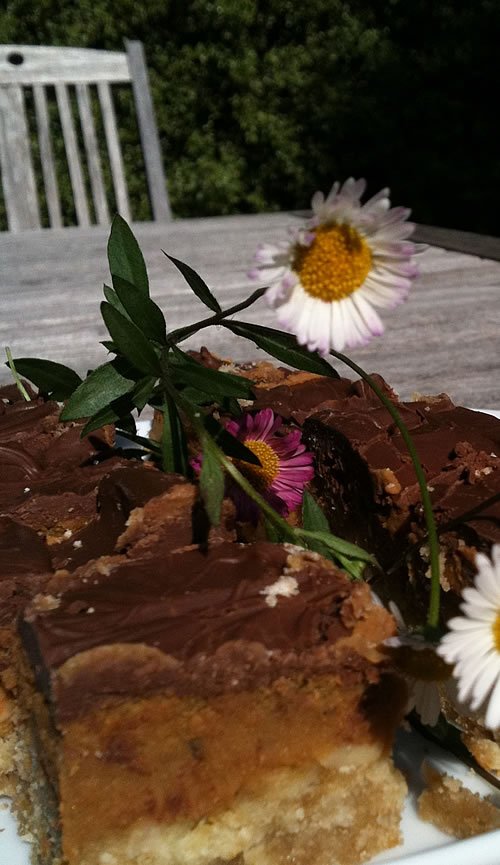 So last night, while the oven was cooking a
sensational Moroccan-inspired tagine of
free-range chicken, sliced whole oranges,
chick peas, cumin, coriander, cinnamon, paprika,
celery, fresh chili, dates & garlic,
I thought I may as well whip up some of these slices. 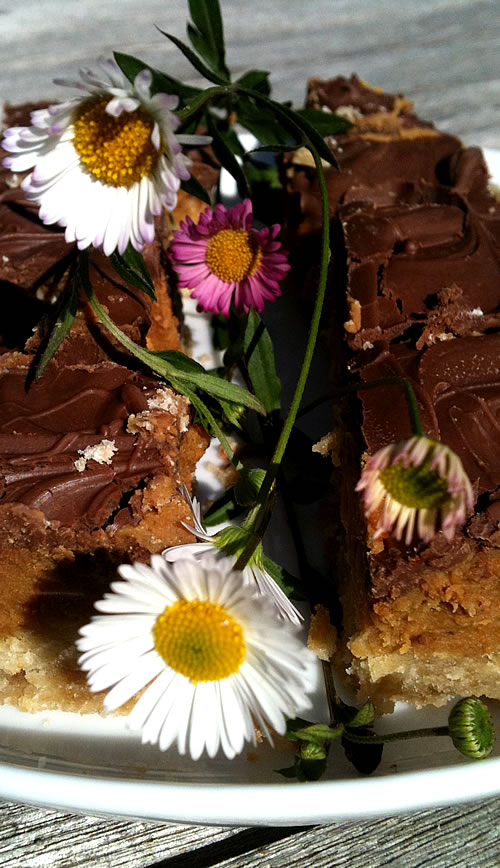 That should keep the biscuit jar filled for a day or two!