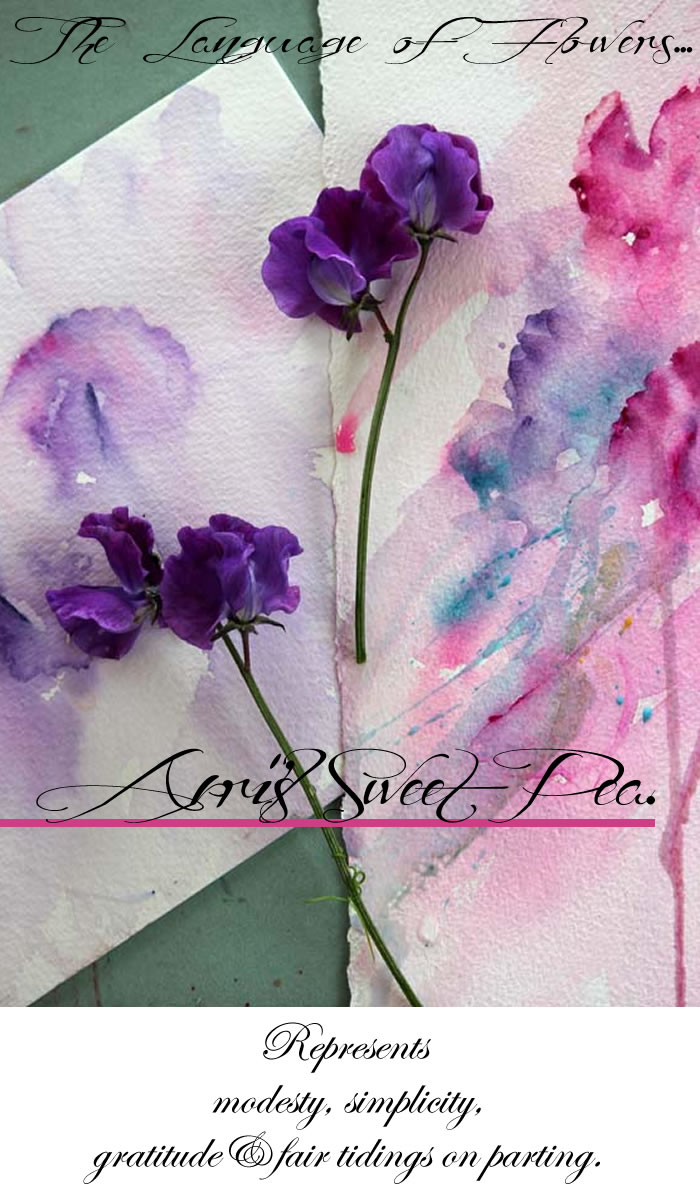 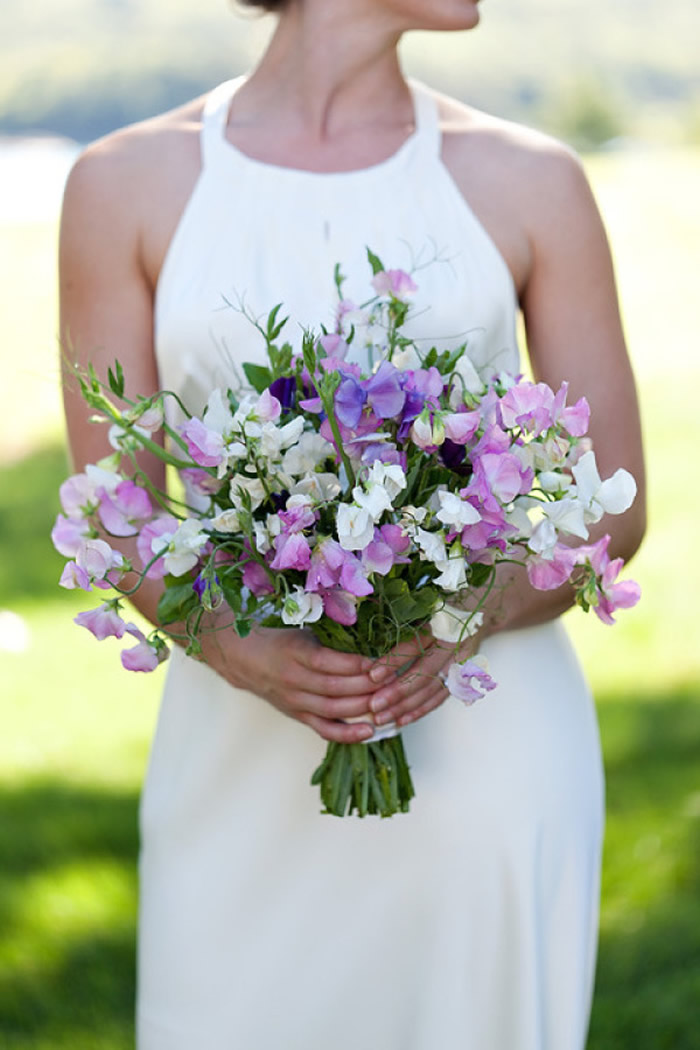 Lathyrus Odoratus is a dainty little annual,
worth growing for its fragrant perfume alone.
Wonderful as a cut flower, and popular for wedding bouquets
whether simply massed or mixed with roses and greenery,
it is easily grown in a sunny spot of the garden with a trellis for support. 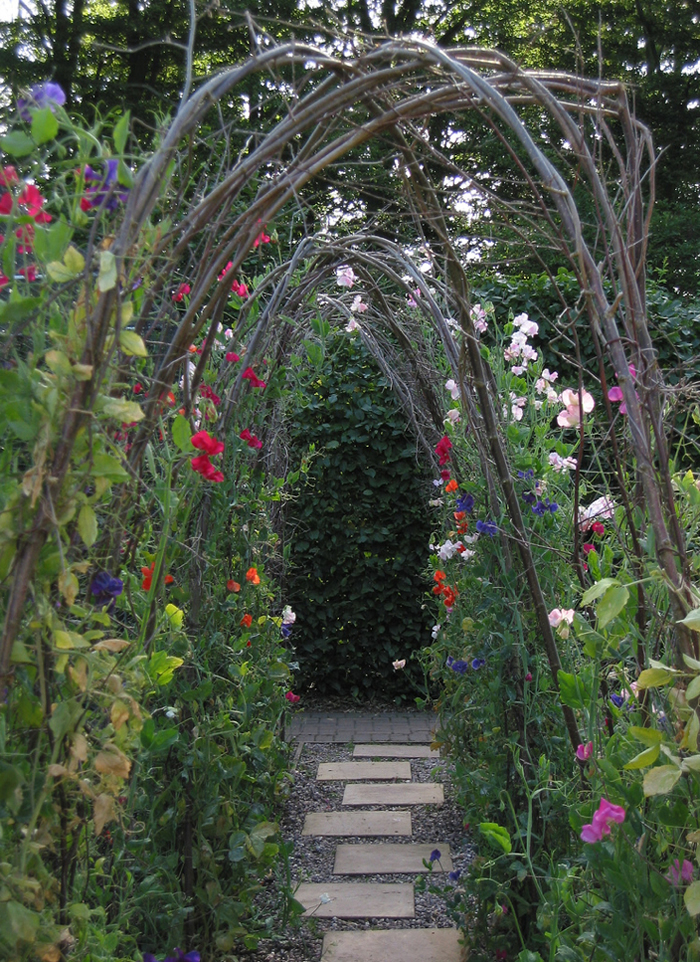 Just imagine the heavenly scent from the sweet pea flowers
to be inhaled as one walked through this willow twig arbour. 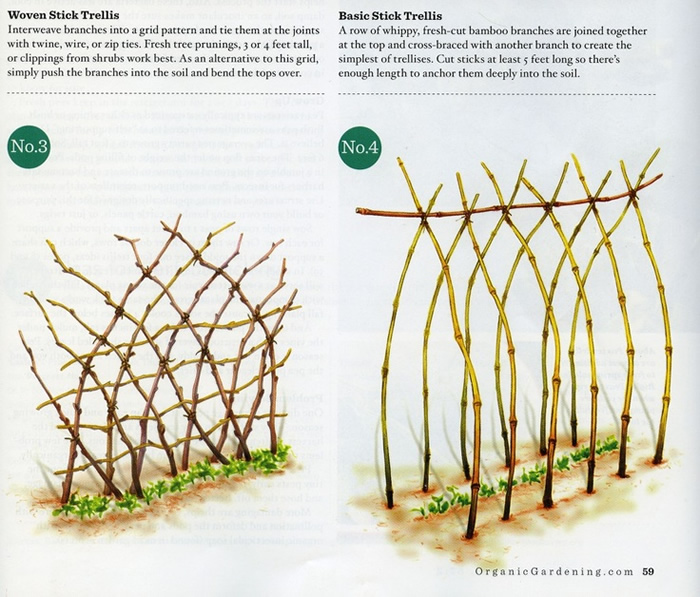 But any type of trellis will do for this unassuming little plant.
Whether woven bamboo or a rusty reo panel for support,
the sweet pea will happily climb up to 2 metres towards the sun,
in soil which is preferably on the alkaline side,
and in a spot where it can get at least 6 hours of sun per day.
The dwarf varieties can be planted in hanging baskets,
where they will climb up the supports without the need for a trellis.
The plant will produce more flowers with less nitrogen in the soil,
so it's better not to be overly-generous with a nitrogen-rich fertiliser.
Planting time is late summer and autumn,
which means it is the perfect time to sow the seeds in an Australian garden. 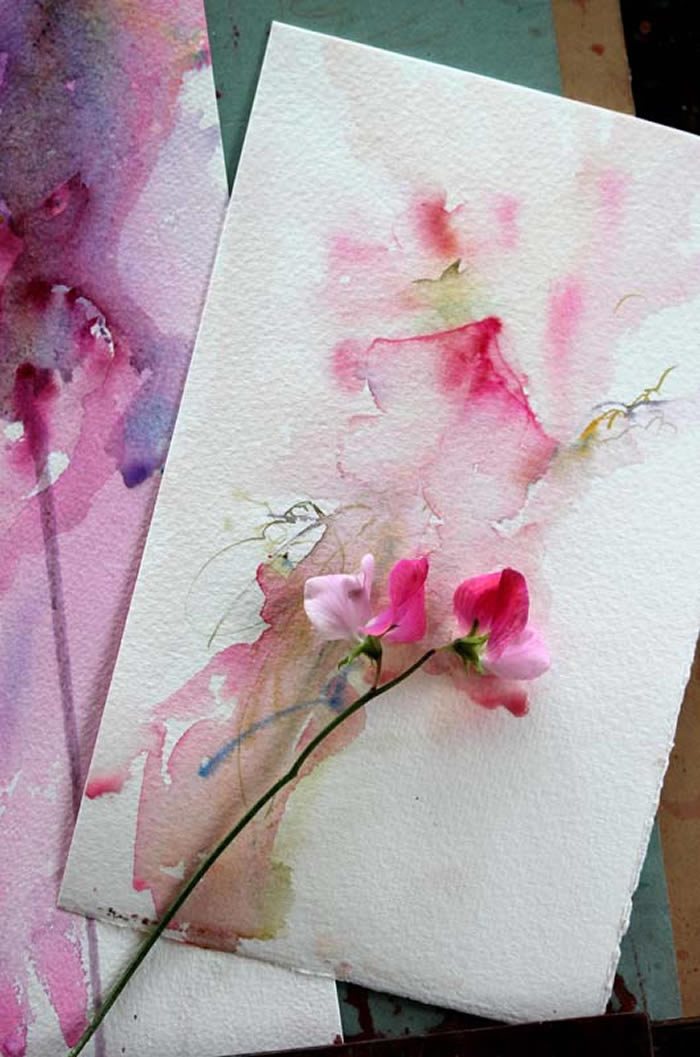 Sweet Peas are thought to have originated in the Mediterranean,
possibly Italy, where a wild variety is still found,
although it has small, pale flowers and short weak stems.
The flowers were cultivated in Europe from around the 17th century,
where they were prized for their sweet scent. But it was during the Victorian era that the modern sweet pea was bred,
with much stronger stems, a more intense fragrance and a larger variety of brighter colours.
Henry Eckford, a Scottish nurseryman, is generally credited with this early breeding program
from the 1880s to the turn of the century.
The Royal Horticultural Society even gave him a medal in recognition for his efforts
in breeding 115 cultivars.
It became a wildly popular flower during Victorian times,
often being worked into tussle-mussies conveying the secret language of flowers.
Symbolising sweet partings and humbleness,
a gentleman might have given it to his lady-love before journeying abroad,
as a token of his intention to return in her favour. 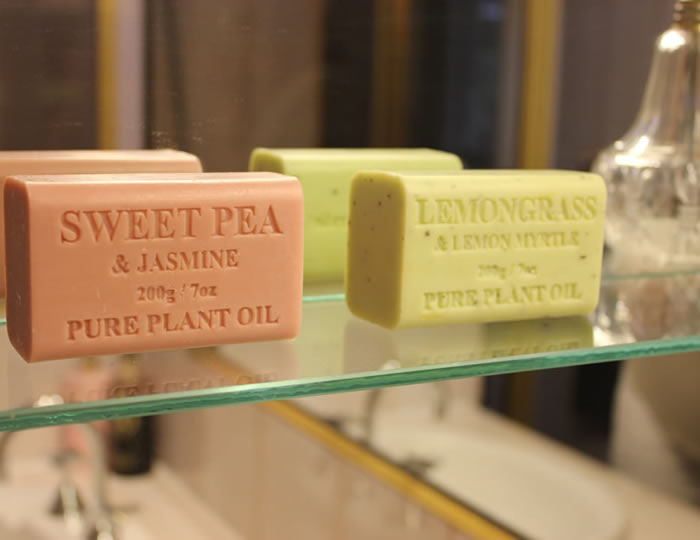 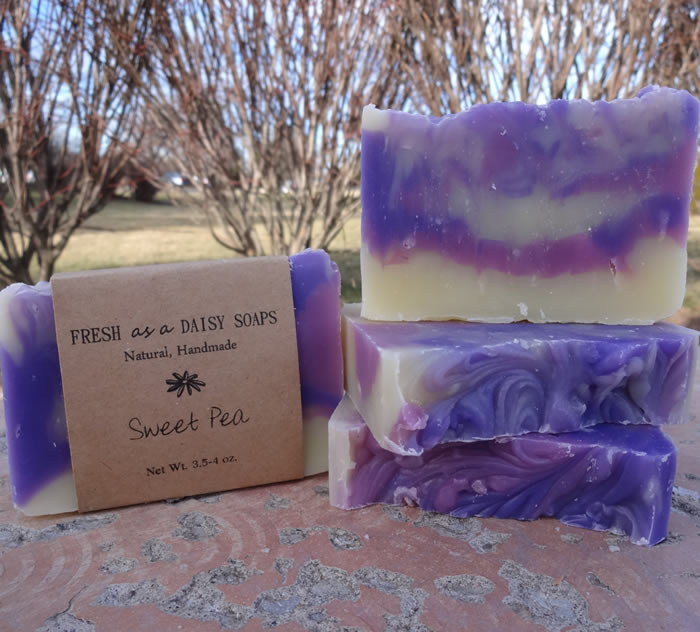 The dainty scent is still used in soaps,
imparting a delicate sweet fragrance. 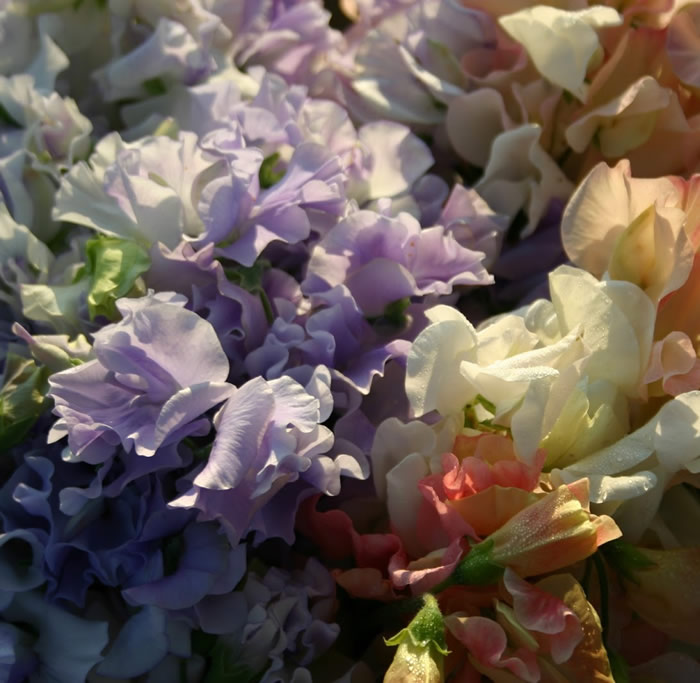 Colours are mostly in the pink, purple and blue pastel tones,
but they also range from white through to blush apricots;
in single or bi-coloured varieties. 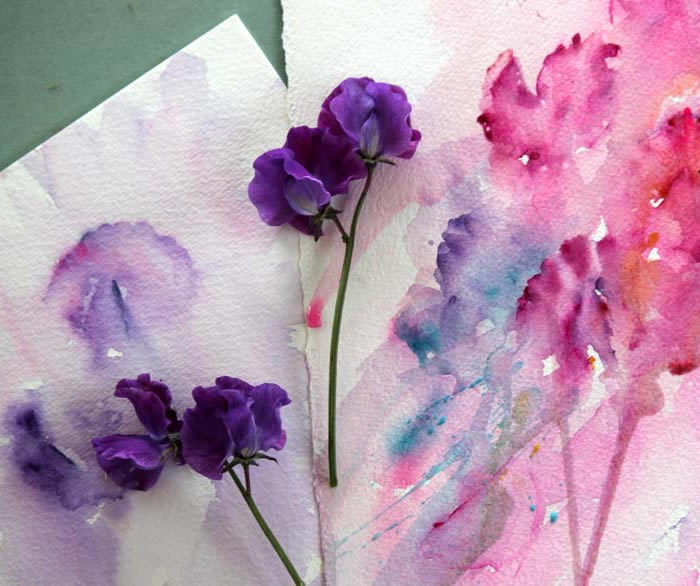 A humble flower it may be,
but April's special birth flower is one of much value,
in a cottage garden or on a balcony,
or simply in little bunches from the flower market,
it is a charming little fellow made even more special by its fleeting beauty.