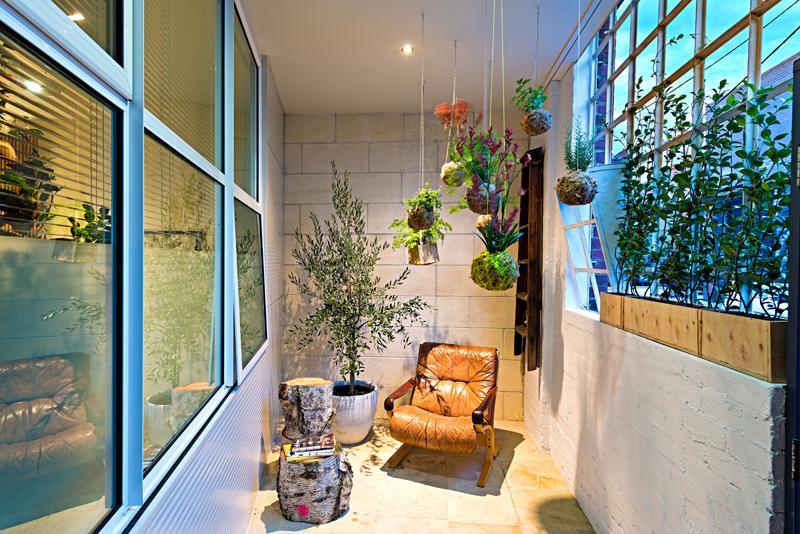 Just imagine how this space would look if there were no plants in it.
Those fun little hanging balls of living colour bring in an eclectic feel,
as each plant is quite different in shape and colour.
So the space becomes welcoming and enticing,
a sunny spot in which to read and sip a cup of tea. 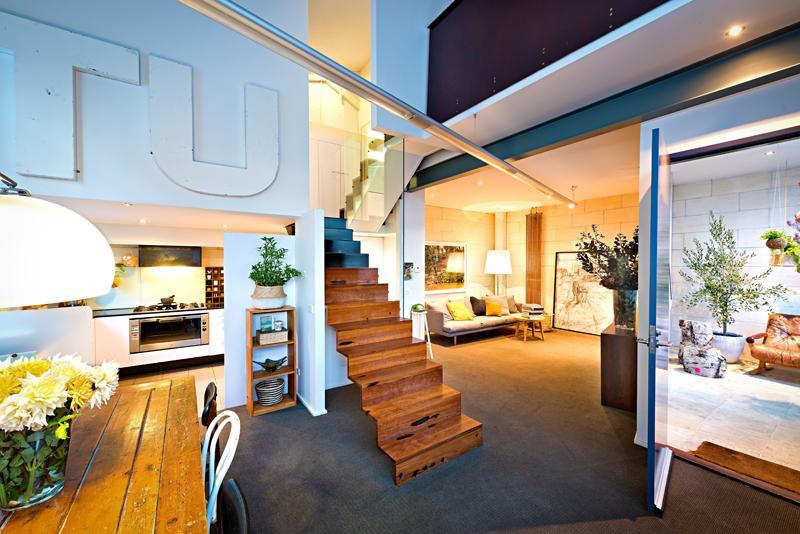 The balcony is part of this rather fun apartment at Fitzroy,
designed by NOWArchitecture,
and it maximises a small space into a rather fabulous one. 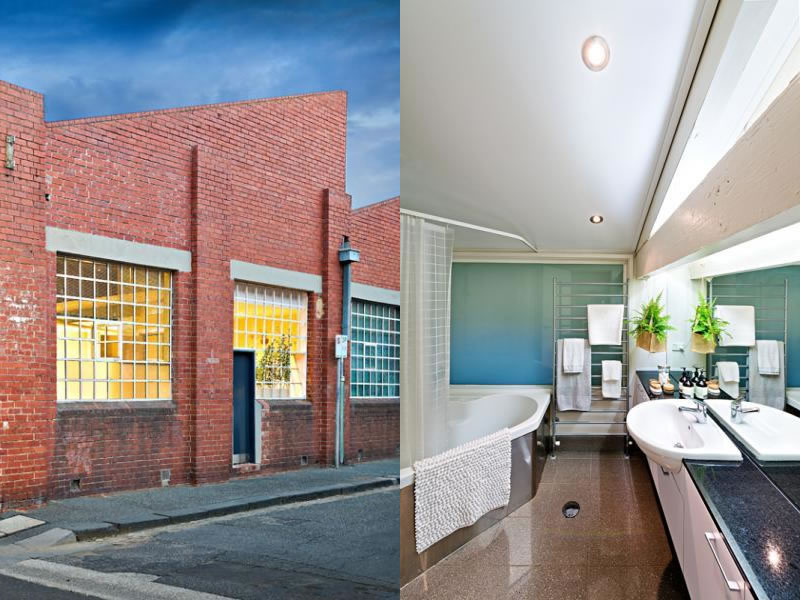 The apartment is part of the conversion from what was originally a textile factory,
so there was plenty of opportunity for expressed industrial elements,
like the steel windows and exposed beams. 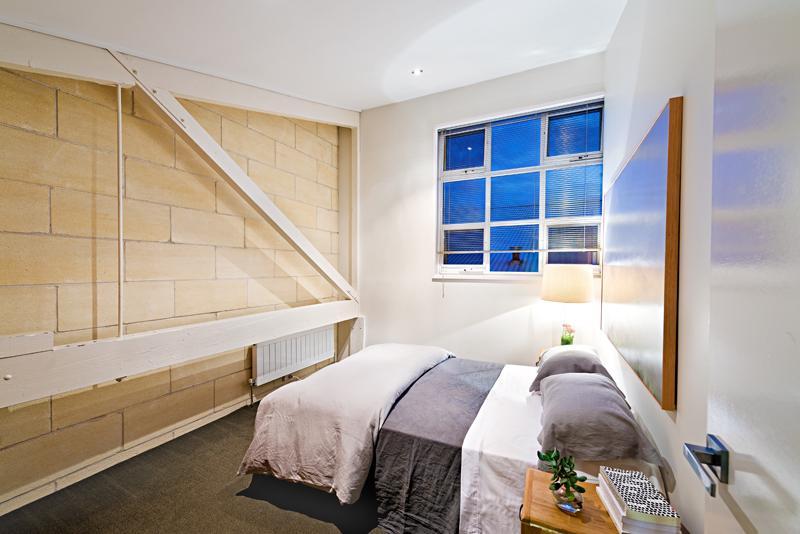 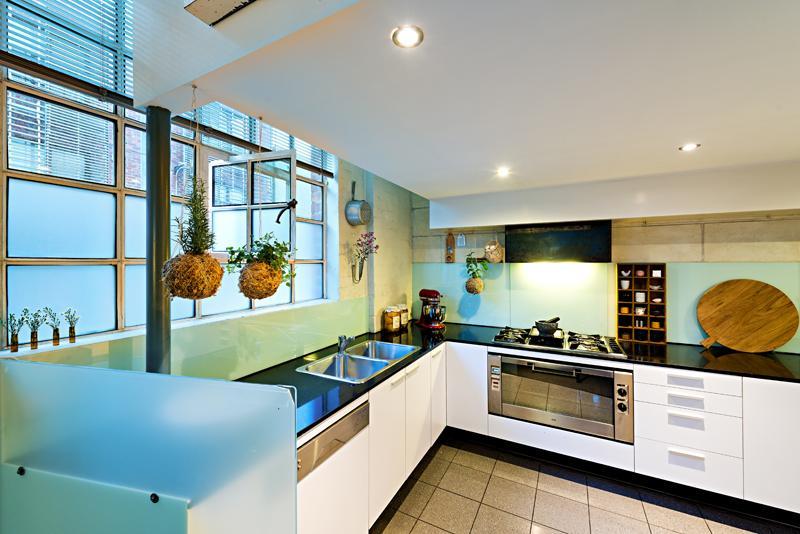 All of which make the contrast with the hanging balls of luscious plants
work so well - they're a little patch of greenery which add that softening edge to the industrial style.