Birthflower for March : Language of Flowers :: The Daffodil 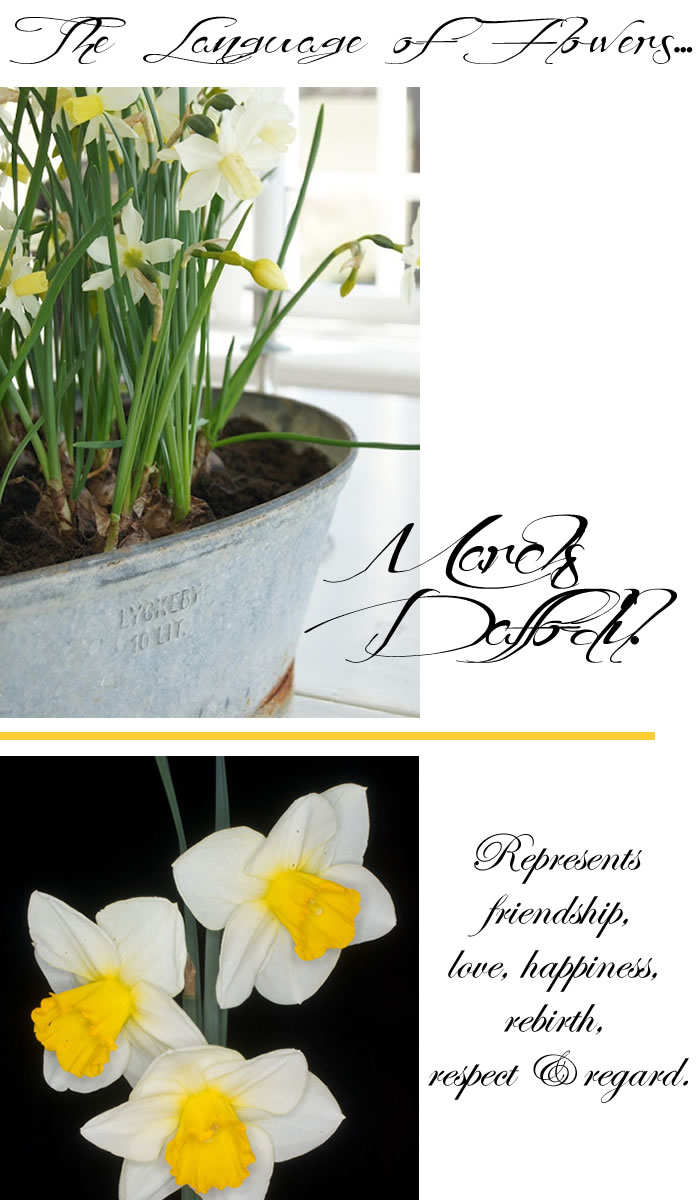 The new month of March heralds with it not just the return of spring in the northern hemisphere,
and autumn in our southern hemisphere,
but also the chance to celebrate the humble little daffodil,
the traditional birthflower for March.
Sometimes ignored as "supermarket flowers" these charming little fellows,
with their bright and cheerful faces,
are a glorious sight in the garden and in huge bunches just by themselves,
especially welcome as they appear so early in the season,
before the riot of spring blossom. 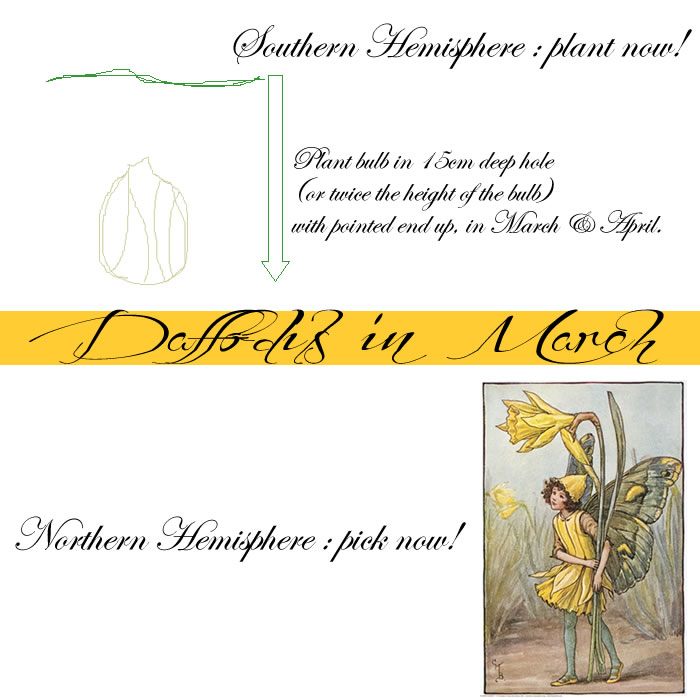 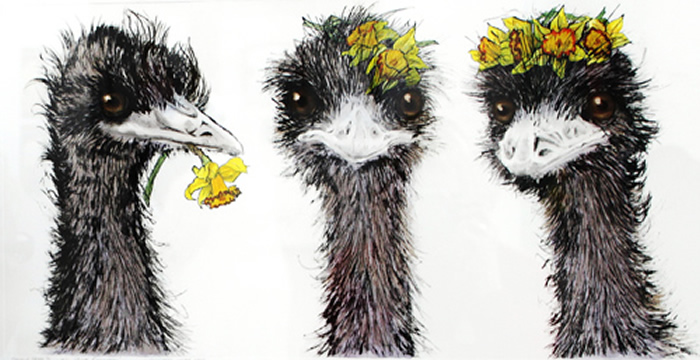 And the delicious twist to this month's flower is that while the Northern Hemisphere is busy admiring
and picking the traditional flower which symbolises spring,
it's also the month for us Down Under to get organised and plant daffodil bulbs.
In fact, there is no better time than March (or April in some parts of the country which are warmer)
to get those bulbs tucked happily into the still-warm soil.


The daffodil comes in single and double varieties,
and while I adore the old fashioned single, in it's traditional form,
I rather fancy the idea of planting some of these newer varieties in pastel colours
in my new garden,
as befits the gentle ambience of the Edwardian style,
the era in which our house was built.

Delightful, aren't they?
And not the usual colours one thinks of when somebody says "daffodil yellow". 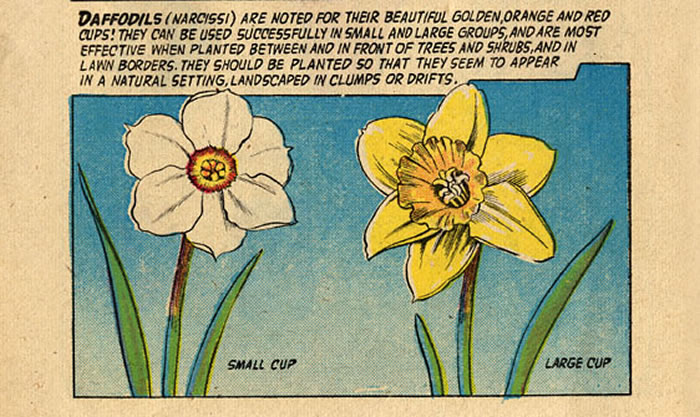 The daffodil originates from Europe, West Asia and Northern Africa,
but has been carried across the world by aspiring botanists for centuries,
and will grow in pretty much any area
which has definite autumn and spring seasons.

Daffodils share their botanical name with that of the rather vain creature Narcissus,
from whom the Ancient Greeks believed the flower was created.
As he reportedly refused to leave the pond's edge,
from whence he could admire his own perfect self,
the Gods decided to turn his remains into the Narcissus flower,
growing right upon the banks of the river where he lay. 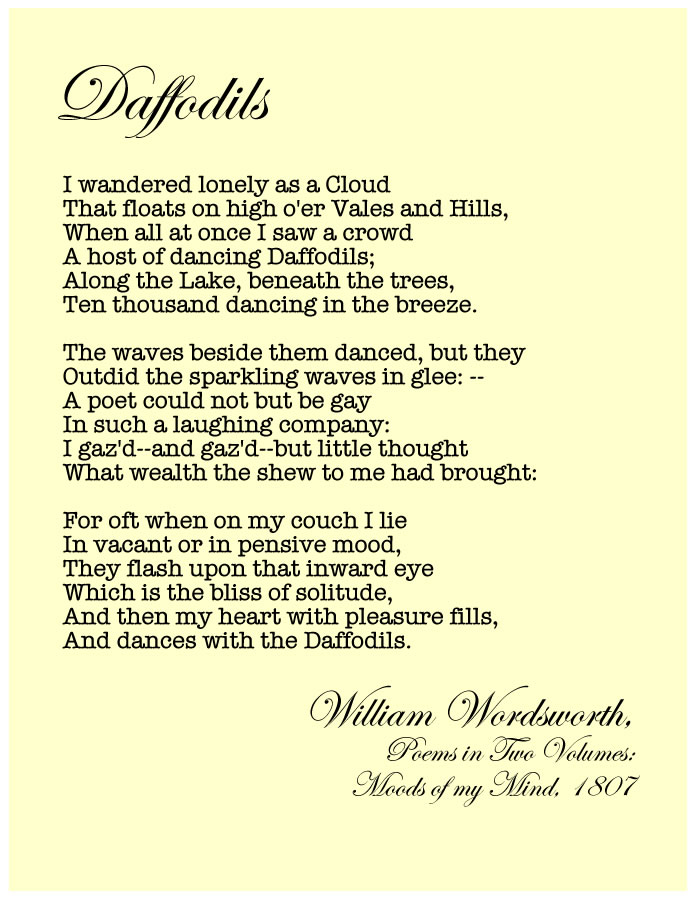 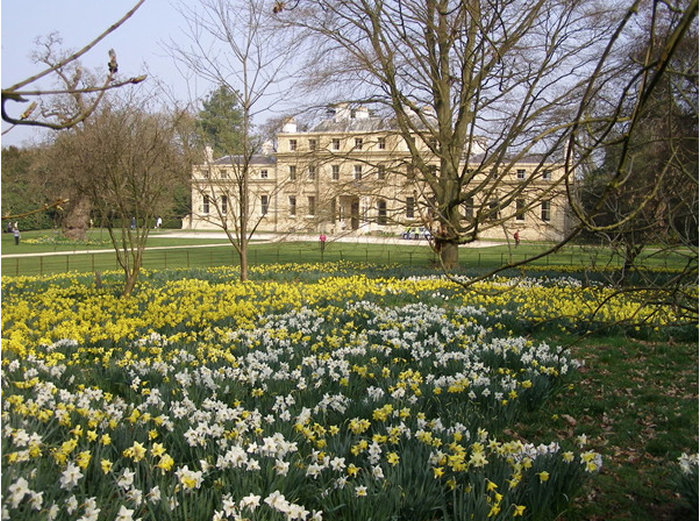 So as we welcome the changing of the seasons in both parts of the globe,
spare a thought for the humble little daffodil,
the symbol of respect and rebirth.
For it is a gorgeous little flower, especially en masse,
and is truly worthy of being the Birth Flower of the Month for March.

Labels: Birthflower of the month, Daffodil, Flowers, Language of Flowers