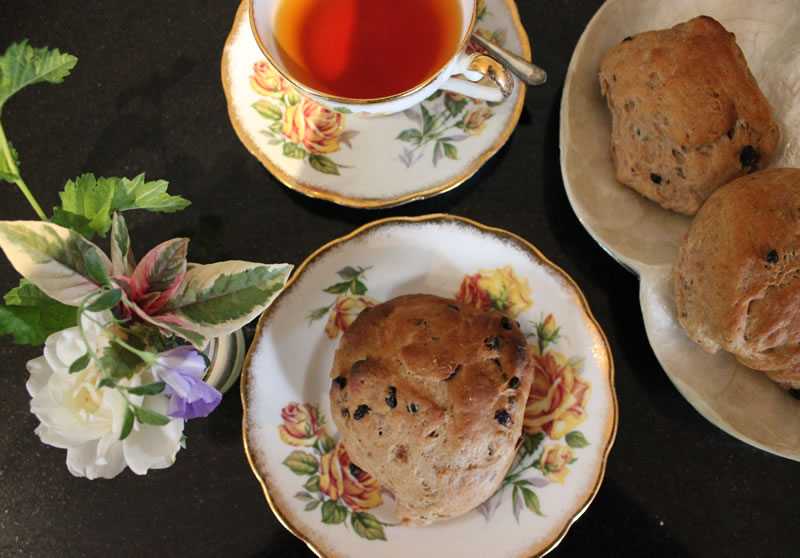 Not everything goes according to plan.
You see, I was supposed to get up early this morning
and bake a batch of Hot Cross Buns while the family slept,
so they could awake to the delicious aroma of cinnamon and allspice.
Except I slept in.

And as the original plan was to have breakfast before a leisurely
early morning walk on the Tan (a track around the Botanical Gardens),
suddenly time was not on my side.

So I hunted for a quicker version of Hot Cross Buns,
and as the children decided that even waiting for the iced crosses was beyond their hunger pangs,
they became Hot Happy Buns instead, without crosses.
(Traditionalists look away now!)

But the funny thing is,
they just happen to be the best ever recipe for spiced buns I have ever tried.
Soft, fluffy and deliciously spiced, they are more like a brioche in buttery texture.
And so much quicker than the traditional versions.
Which left plenty of time afterwards for our delightful stroll/ jog on the Tan
(as calorie credits for the buns...) 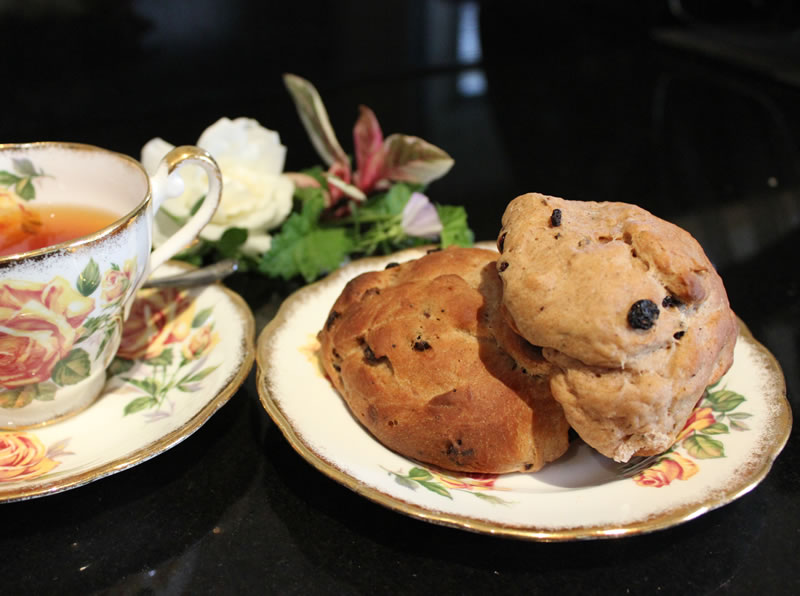 Combine 1 cup flour, sugar, spices, salt, yeast in a electric mixer bowl with a dough hook
and stir on low speed.
Heat water and milk in microwave for 30 seconds, then add to bowl along with the melted butter.
Mix on medium speed for 3 minutes, add egg and mix again for 2 minutes.
Tip in remaining flour + currants and mix on medium speed for 7 minutes.

Transfer bowl, with a dampened tea towel on top,
to a warm spot (I use the oven, which has been warmed for a few minutes at 50 degrees then turned off).
Allow to rise for 15 minutes,
then divide dough into 12 chunks, rolling each into a ball and placing on a greased oven tray,
a few cm apart. Cover with damp tea towel and leave to rise for 30 minutes.
Bake in a hot (200 degree) oven for 15 minutes.

You could of course then ice them with crosses,
but if your family is anything like mine,
there won't be time for that,
and they will disappear off the baking tray faster than you can say "but they're not ready yet!'

recipe adapted from one found here.