Glamorously Garnet :: the birthstone for January 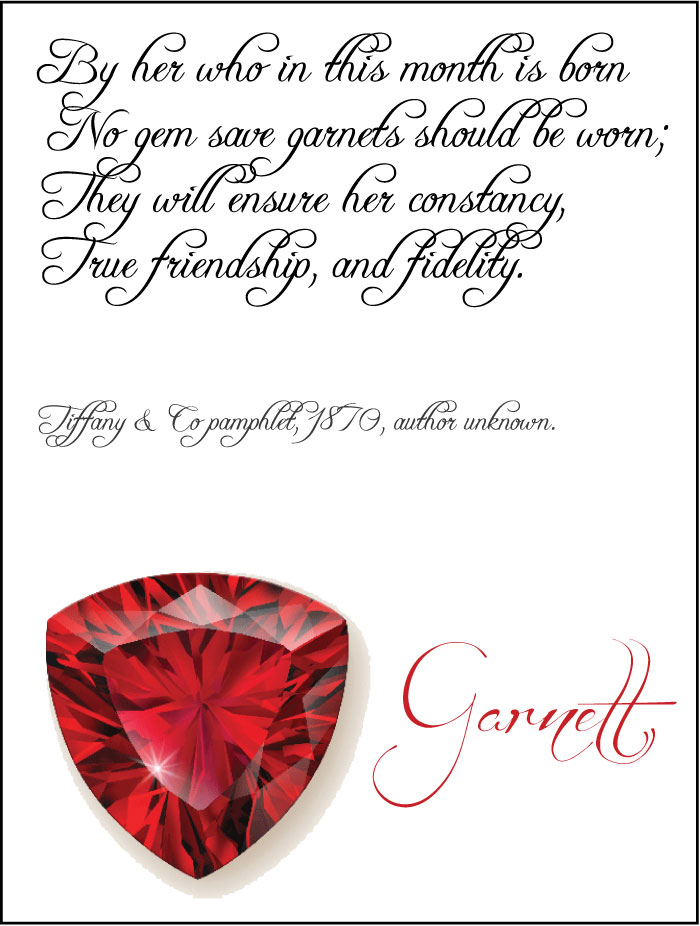 The Garnet, in all its sumptuous tones, is the birthstone for January.
And while it can be a bit of a chameleon,
turning up in shades of orange, yellow, blue and green,
it is generally the sultrily dark red which is most often associated with its use as a birthstone.
That luscious, deep, deep red which has a glamour all of its own.
Let's discover a little more about this gorgeous gem... 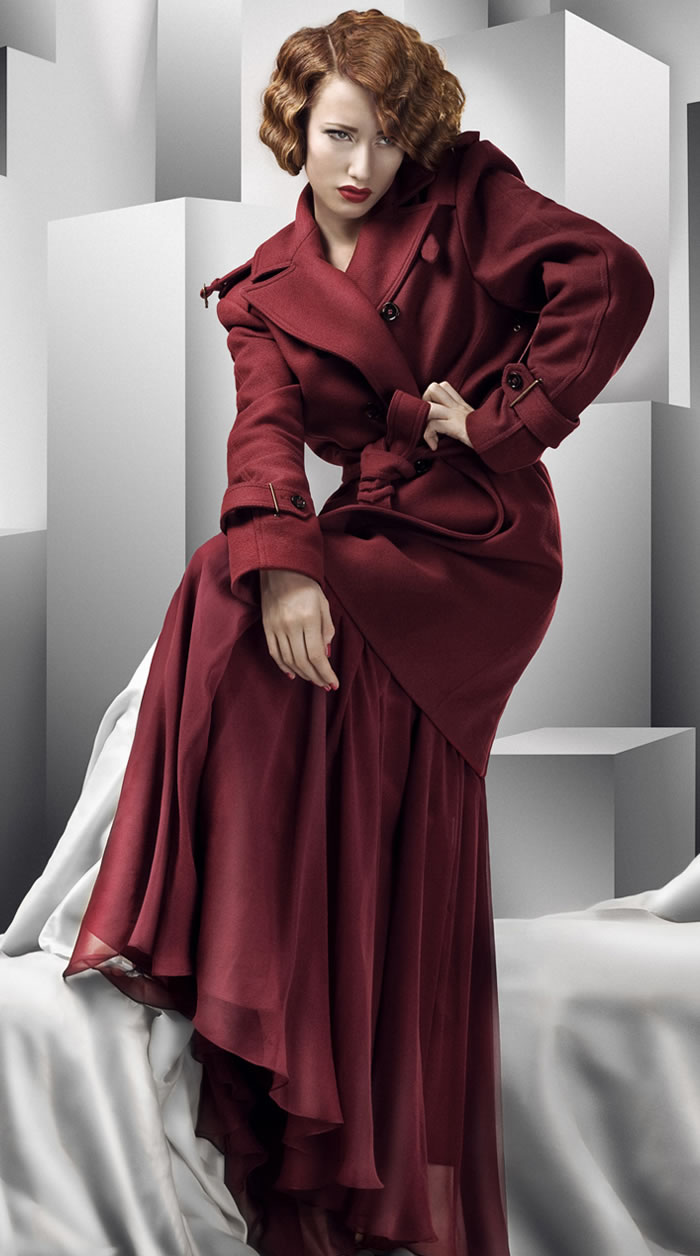 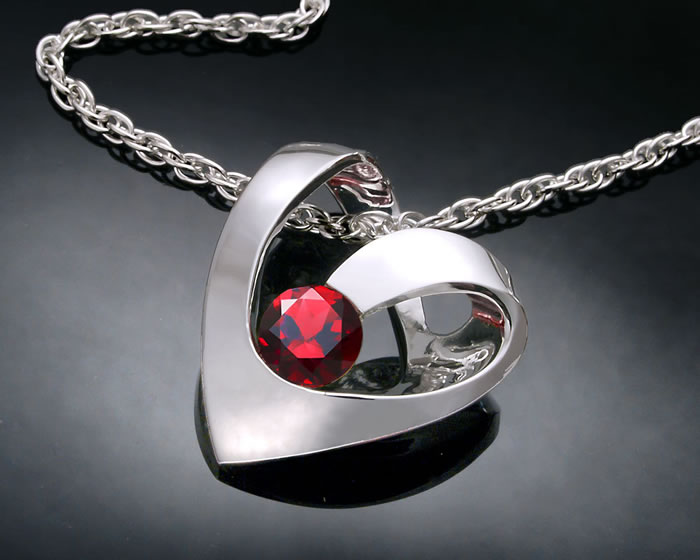 For starters, the Garnet is rather more of a collection of minerals,
all answering to the same name,
with a similar physical appearance,
but different chemical compositions.
So, you could say if it looks like a duck, quacks like a duck, it probably is a duck.
Well, the Garnet definitely falls into that description! 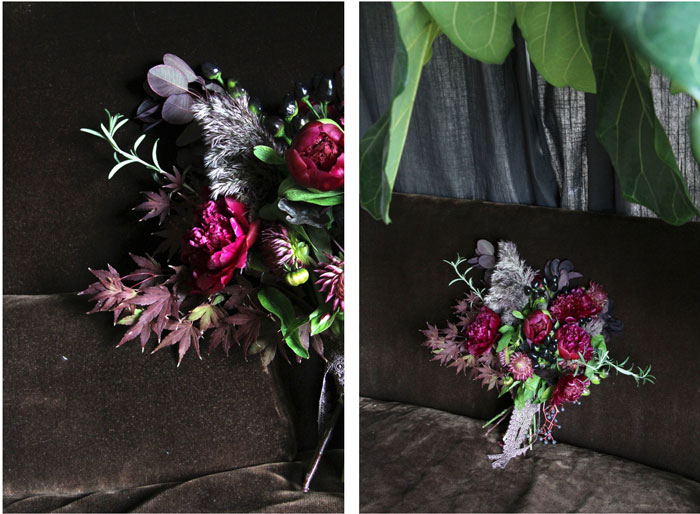 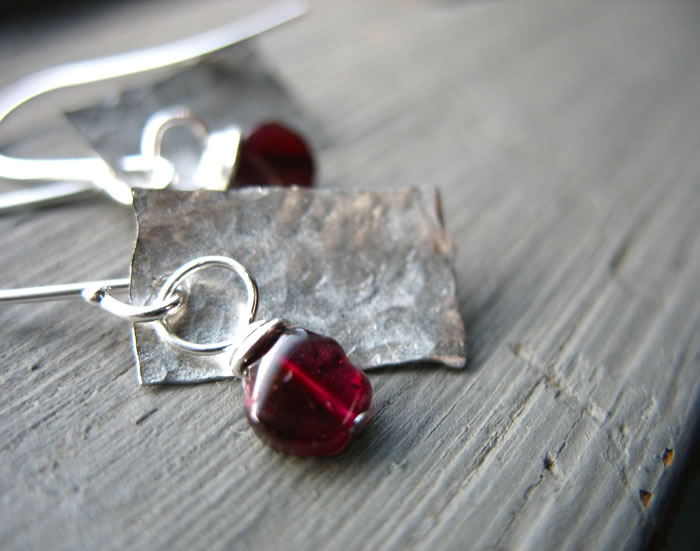 All Garnets are silicate minerals,
and their hardness rating varies according to their chemical composition,
and therefore the type of atomic bond which can occur.
They mostly fall within 6.5 - 7.5 on the Mohs scale of hardness,
which makes them a much more delicate proposition than a Diamond, Emerald or Sapphire.
(To get an idea of this scale, soft powdery Talc is a 1 and Diamond is a 10.)
Which just means that a little care is needed to prolong the life of a Garnet. 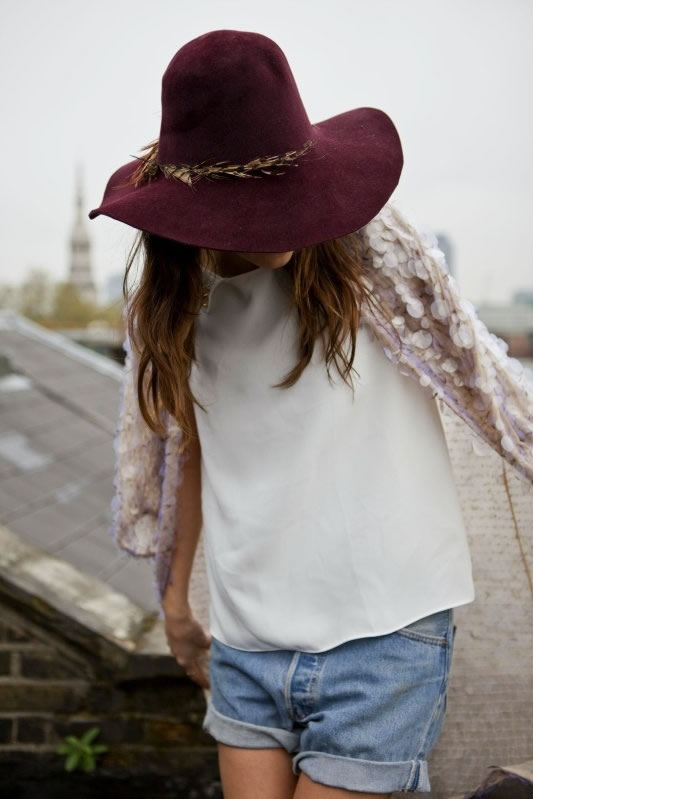 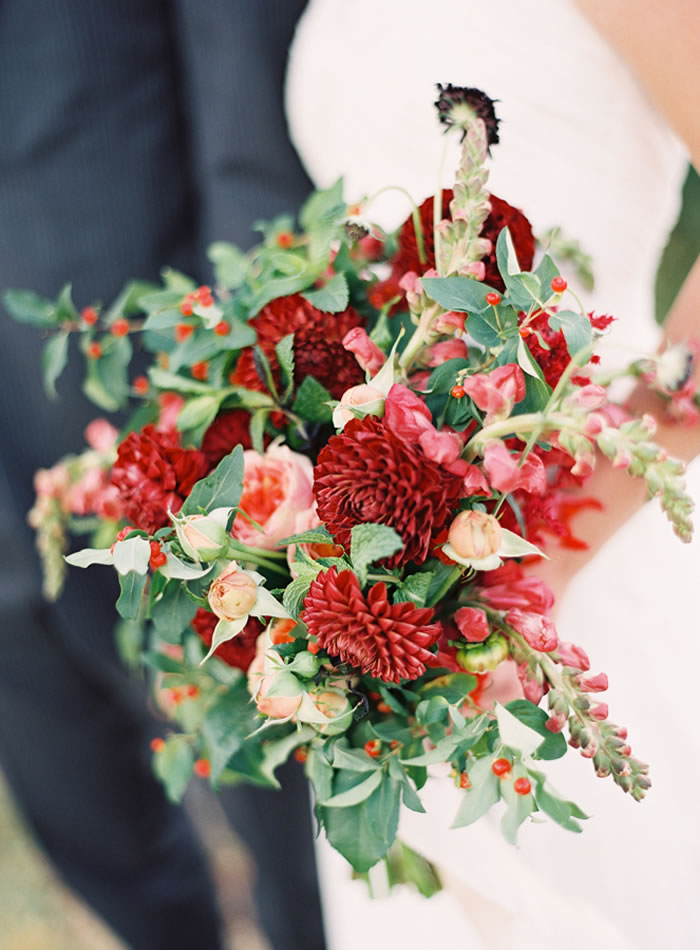 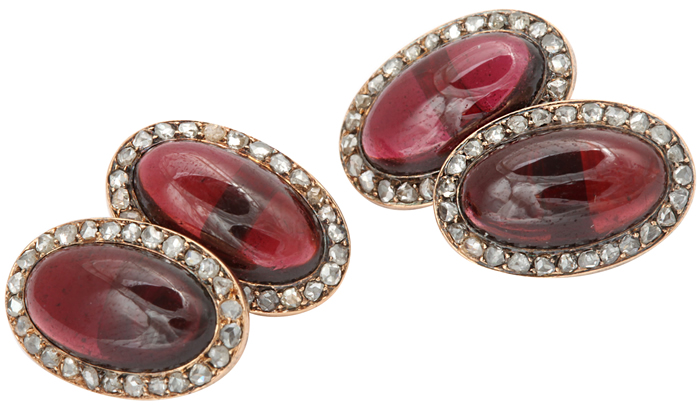 They make stunning cufflinks,
like this English pair of pairs, circa 1890,
set in a border of rose cut diamonds.
I can just imagine a Victorian gentlemen adding these to his crisp linen cuffs.
(But I can also imagine my husband thinking he needs them too,
so I better keep this quiet!) 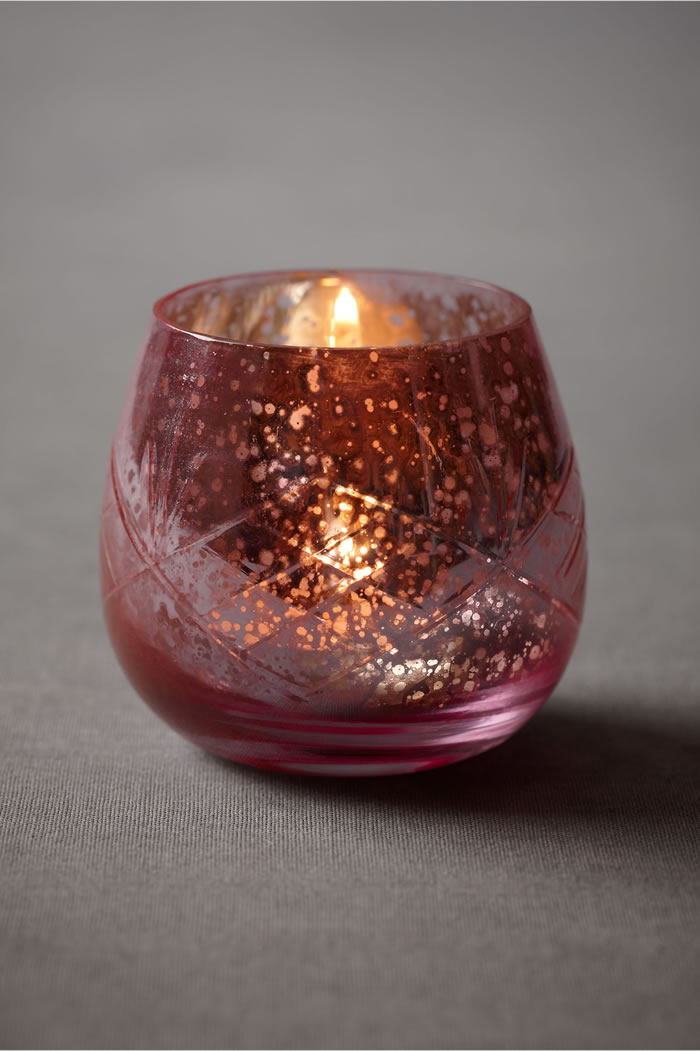 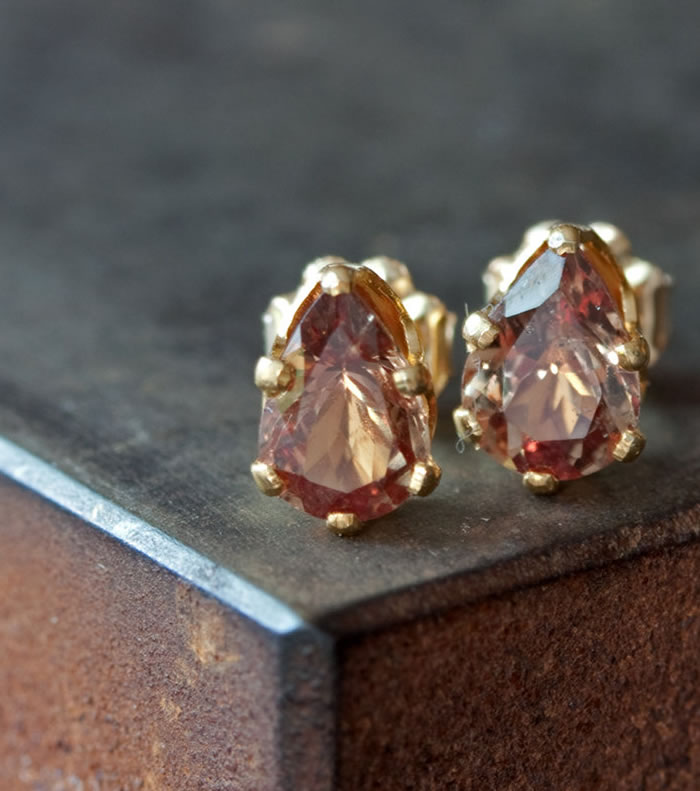 There are such miracles as colour changing Garnets,
which morph from blue-green by day into pink-red under incandescent light at night.
They are the rarest of the Garnets however,
and the various shades of red,
from purply-pink, through to deep vermilion red,
are more commonly found. 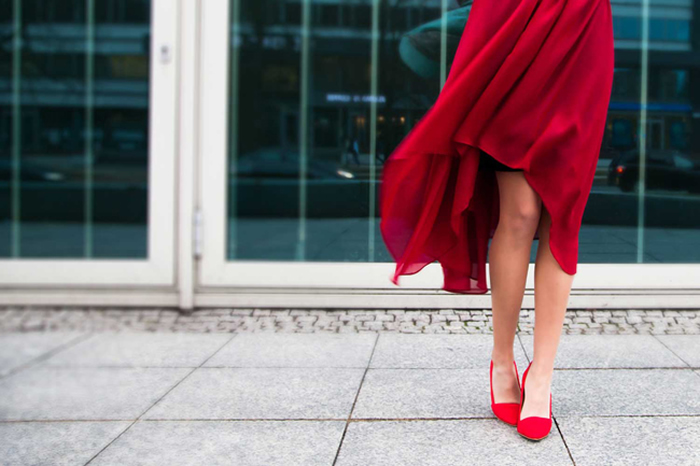 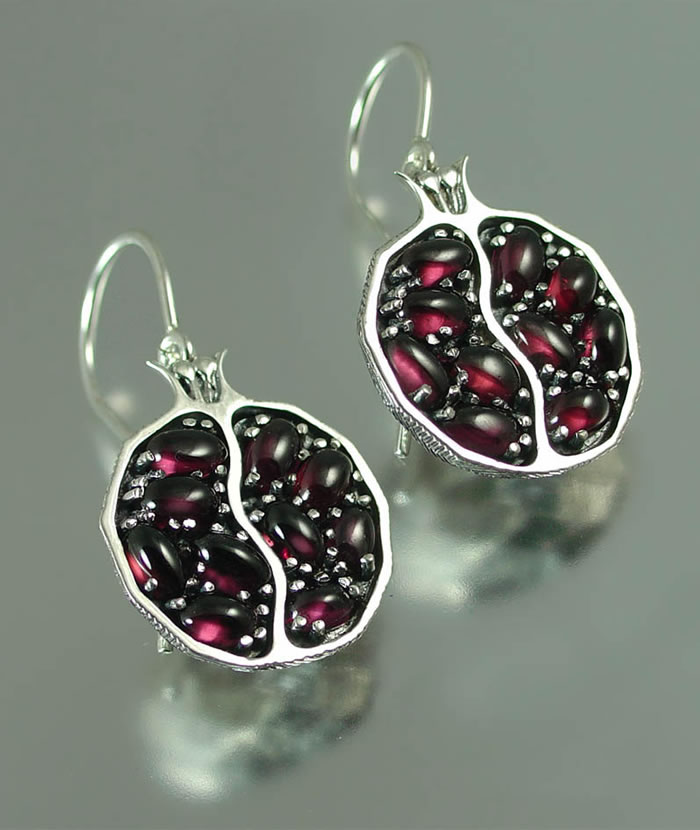 Treasured since the Bronze Age,
red Garnets were especially popular during the reign of the Ancient Romans,
when they were actually the most commonly used gemstone.
Many exquisite pieces of Garnet inlaid in gold,
made in the cloisonńe technique,
have been found in parts of the Roman Empire,
such as at the rich delights of Sutton Hoo.
These little pomegranate earrings are almost a modern interpretation of the cloisonńe style,
and show off the beauty of the red Garnet to perfection.
But they are also a play on the very name "Garnet",
because it is derived from the Latin "granatus", meaning seed or grain.
Indeed, it is thought that "Garnet" was named thus
because it resembled the luscious jewelled seeds of the pomegranate. 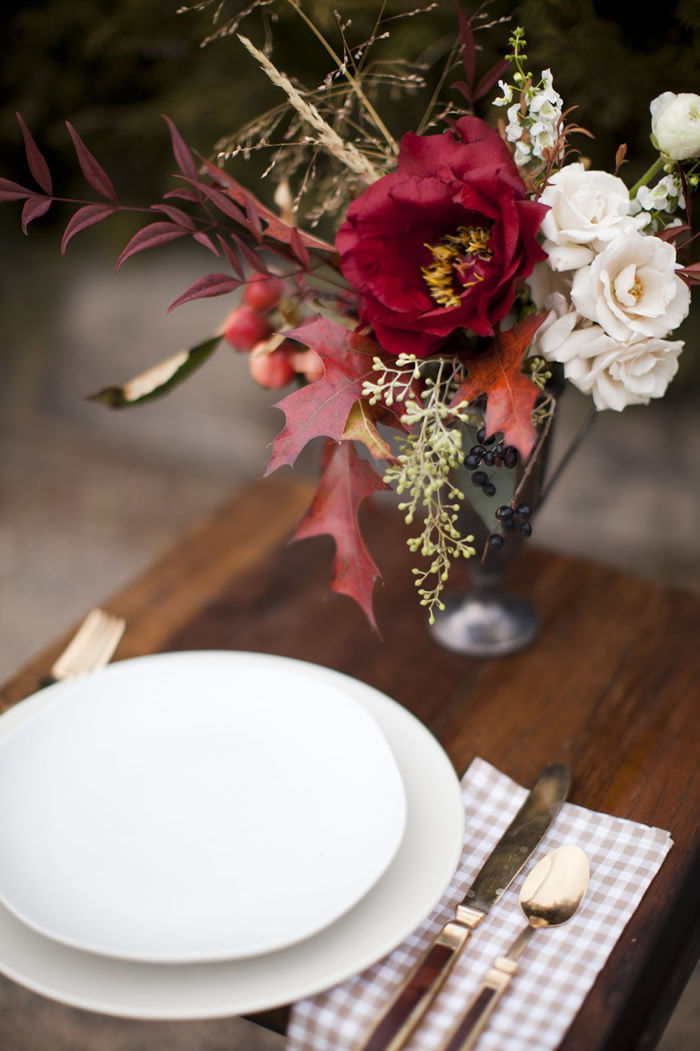 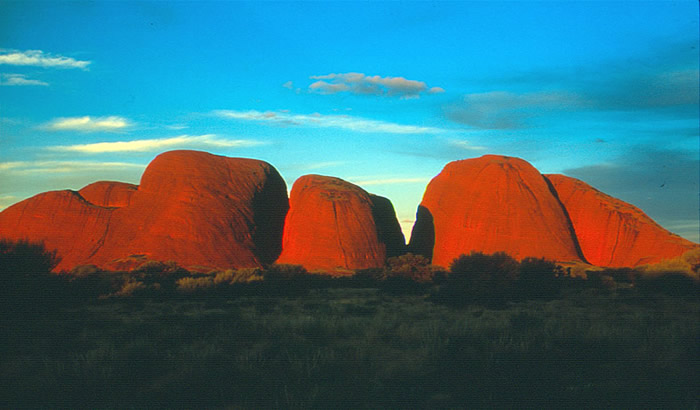 I find the deep colour of a Garnet also reminds me of ancient things,
of ancient places and ancient lands,
and my thoughts turn to the wonderfully rich colours of the Australian outback,
where Uluru & Kata-Tjuta are utterly transfixing in their richly coloured deep ochre beauty. 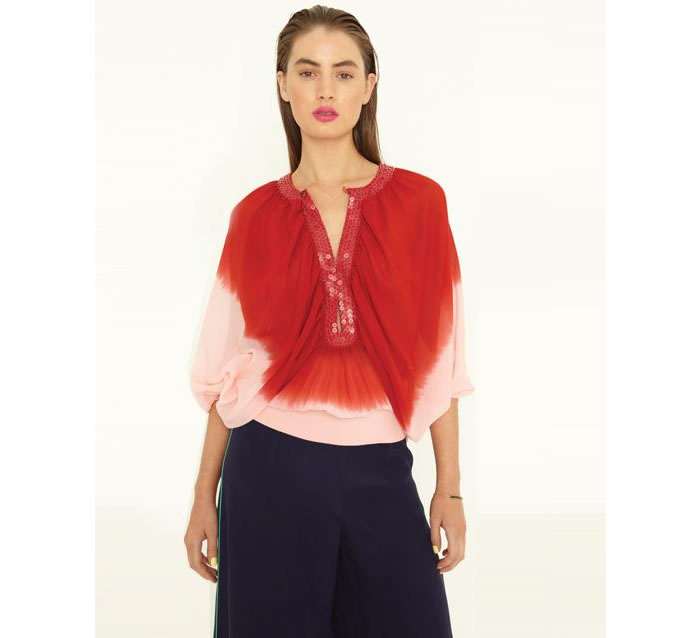 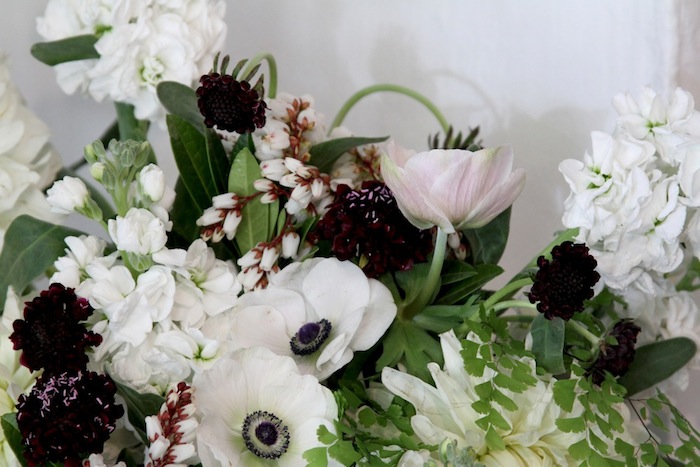 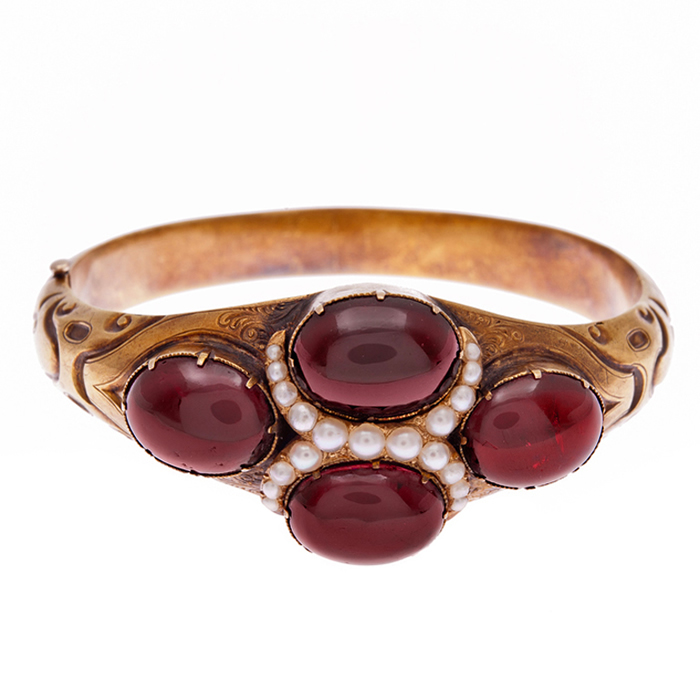 There is something very comforting about these shades of dark, dark red,
inspired by the Garnet.
A sense of solidity, perhaps.
Or the confidence which exudes from such a definite colour.
After all, there is no timidity about these tones!
Perhaps that is why the Garnet was so popular in Victorian times,
as the future seemed so very bright and possible in that era of new inventions,
and rich colours symbolised the confidence of the time. 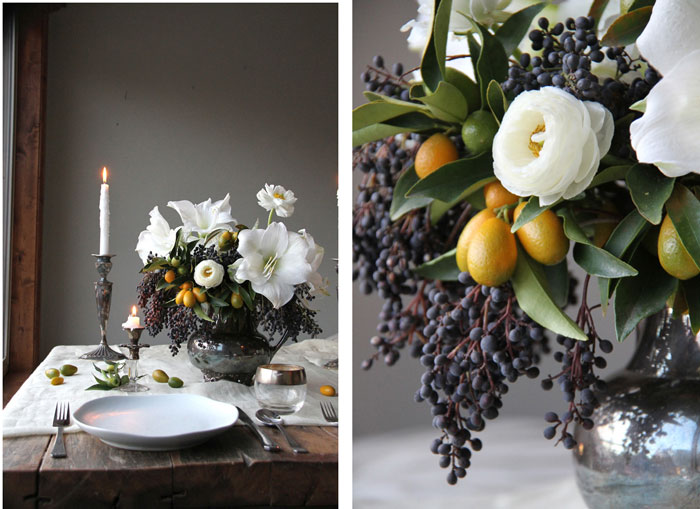 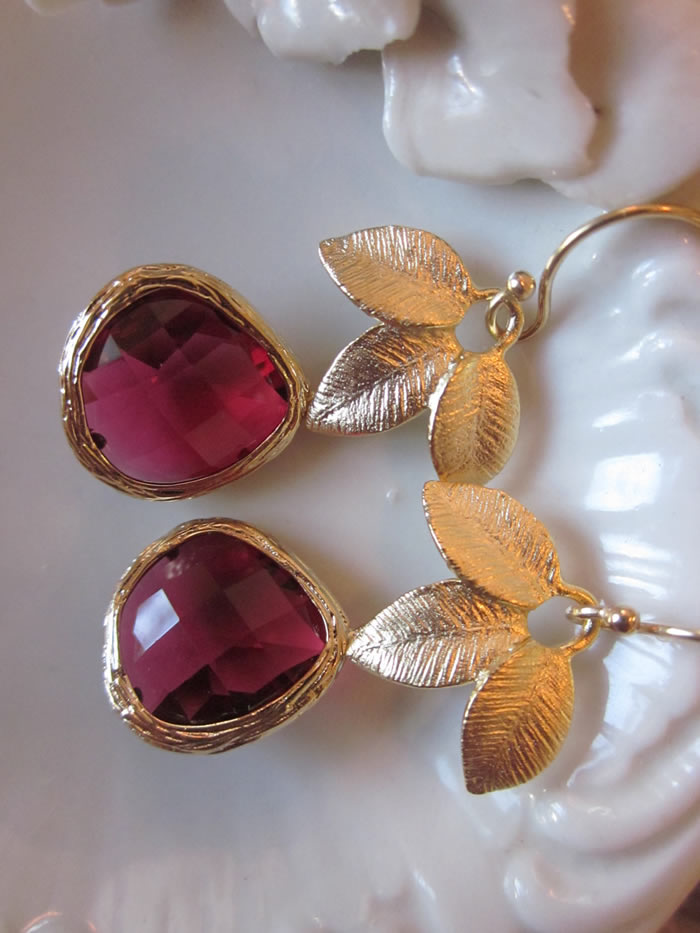 So if you were born in the month of January,
this glamourously gorgeous gem,
long admired for its rich tones,
is your beautiful birthstone.

And if you love the deep rich colours of pomegranates,
dark red wine and the vermilion sands of ancient lands
then the Garnet is a stone which just might appeal to you.