From a Garden to a Courtyard :: adaptation required!!! 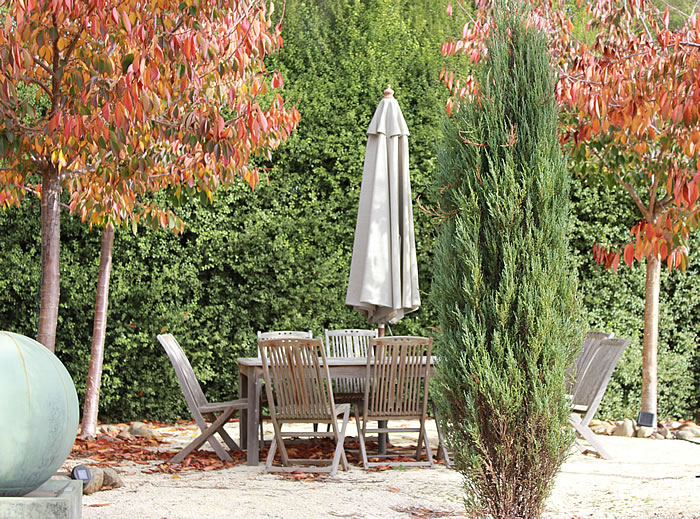 Reading Janelle's Library of Design post about garden trends this morning had me
almost weeping for my old garden, with its generosity of space,
abundant terraces, themed "mini" gardens
(including the black + white front garden, laid out in a yin + yang formation),
and a 40 metre long veggie garden bed,
which provided most of our produce throughout the year. 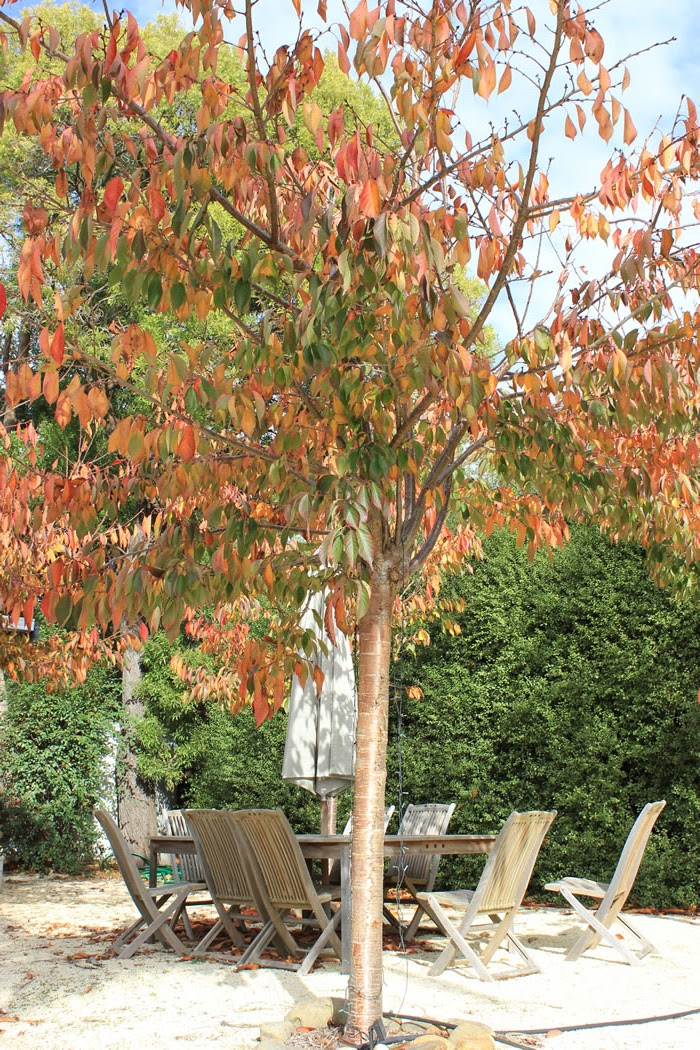 So the teak dining setting has been changed from this background.... 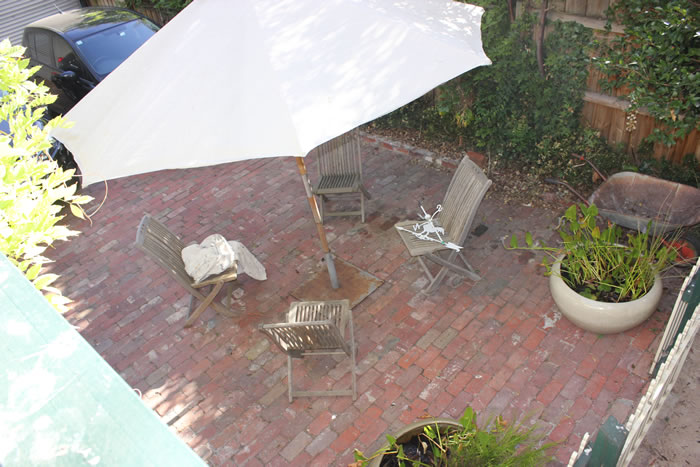 ...to this one, which is just a tad different.
Well, that is to say the chairs & umbrella came along for the ride in the furniture van,
but the table had other ideas.
It refused to budge, and splintered apart when the umbrella was removed. Eeeks.
I set the chairs up to get a rough idea of how the new space will look when we
actually get something as civilised as a real table.
For the moment, it's an air table. (You know, like an air guitar?)

But the ponds were happy to move,
as were their waterlilies and blue rushes.
It's funny - those pots used to look tiny by the pool in the last garden,
but they look huge here. All about scale.
And they form a very handy celebratory entrance to what will become the veggie garden. 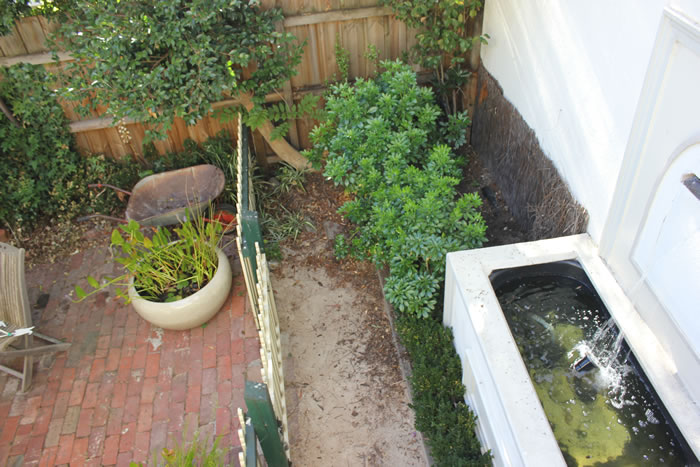 At the moment, it's this rather sweet picket fenced garden,
which was built as a dog run by the previous owners.
Dog walk, perhaps, is more descriptive.
Actually, "dog sit still" is really more realistic,
because it is about 7 metres long,
but barely wide enough for a dog to turn around. 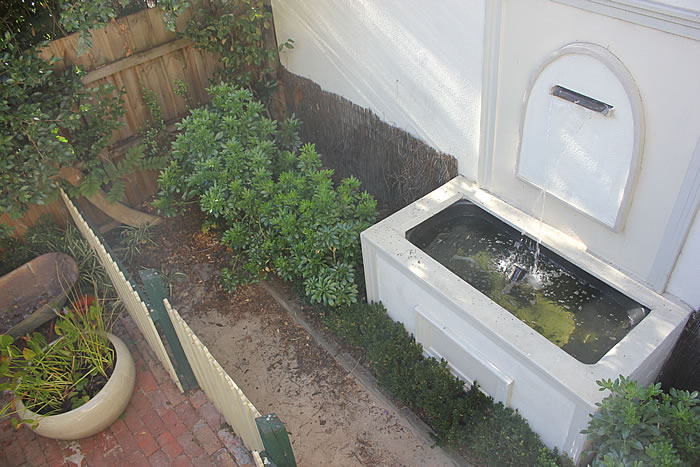 But it does have this rather super pond and water fall arrangement in the centre,
which is all lit up at night time in a delightful effect.
There is an abundance of Choisya Ternata in the garden,
and while I am partial to the sweet scent of its white perfumed flowers in spring,
(and the dark green glossy leaves)
too much of a good thing is not a good thing in a tiny garden,
so these shall be replaced with rhubarb, heirloom tomatoes and rainbow chard.
The Choisya will be relocated to the front garden.
And some espalier fruit trees shall be planted against this north-facing wall.

So it's all rather exciting,
with lots of plans afoot;
and sniffles of nostalgia for my old garden aside,
I'm actually twitching for the weekend to begin,
so I can get my gardening gloves on and start pottering.
For the flip side of a small garden is that it will be so very easy to work,
leaving lots of time to simply enjoy it.

And that's a prospect I am relishing!