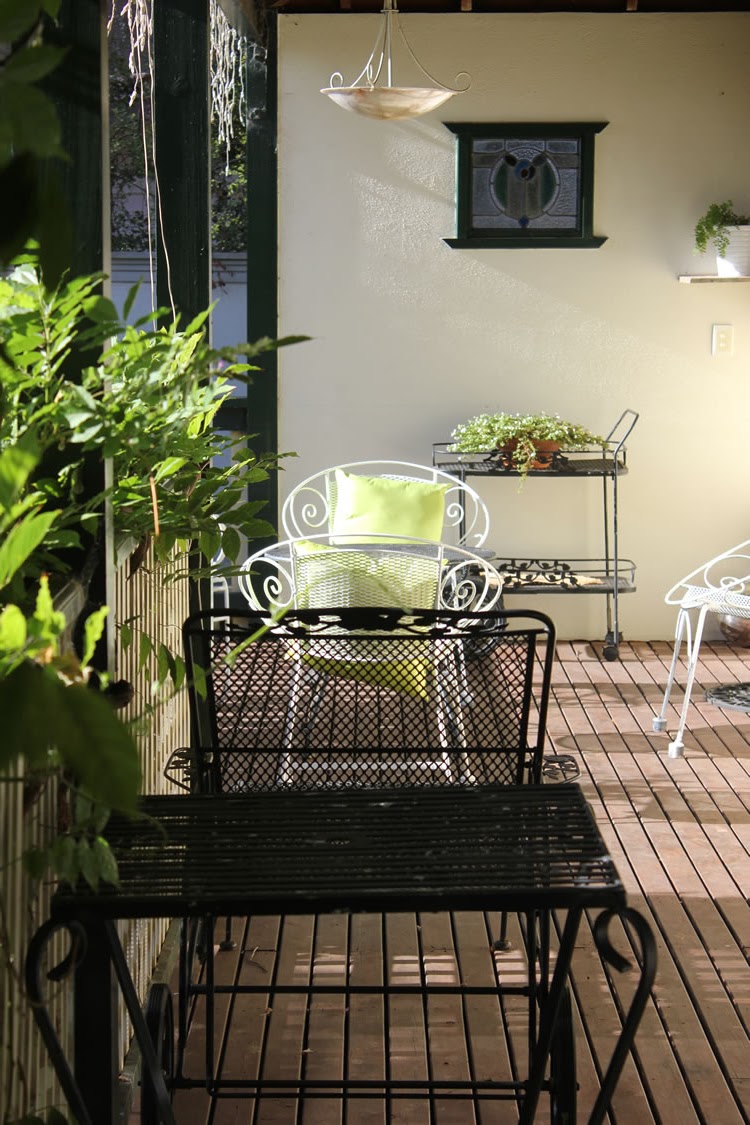 After filling two enormous moving vans with what was clearly too-much-stuff,
packing no less than 150 cartons of also too-much-stuff,
(courtesy of the too-fabulous antique & op shops on the Mornington Peninsula),
we have finally disembarked in what the children are calling our "forever" house. 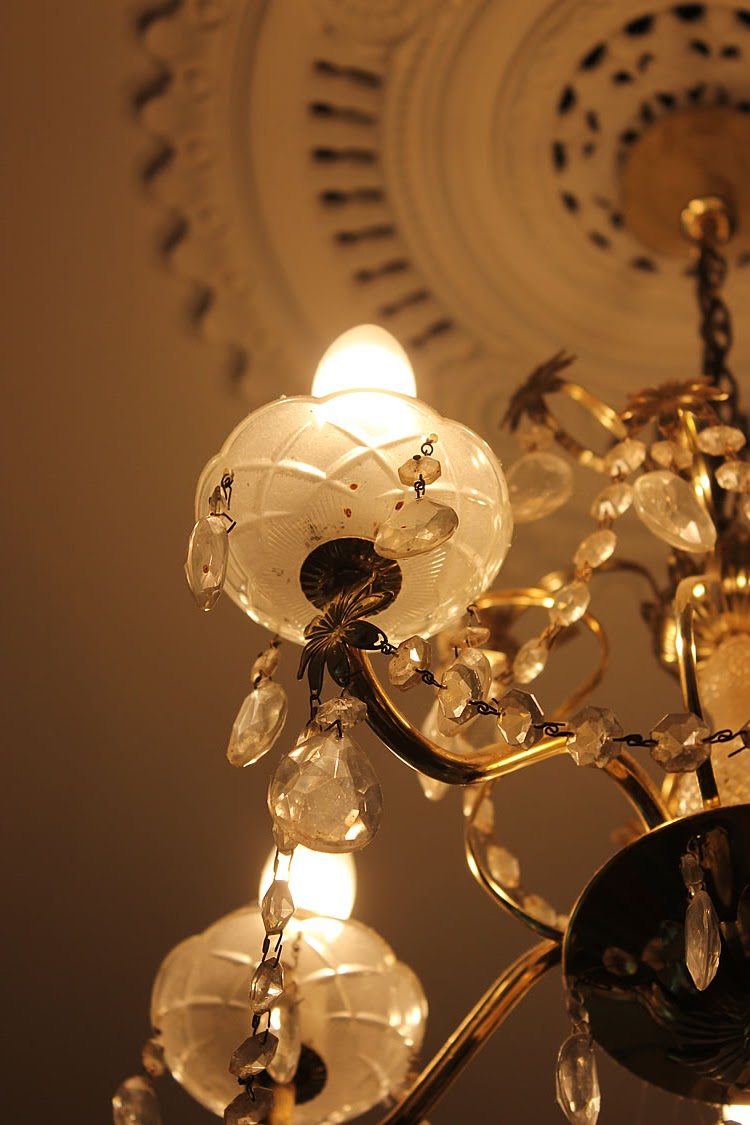 And it is a house of much charm,
with crystal chandeliers and ceiling roses befitting its Art Nouveau heritage,
when building was more about Arts & Crafts and less about efficiencies. And while it will be an ongoing restoration project,
it is these little details,
like leadlight glass windows fashioned to replicate the pure beauty of the floral form,
yet stylised as was the vogue in the Edwardian era,
which give the house such a slowed-time ambience.
It's a reminder to stop and smell the roses: to savour each day as special. 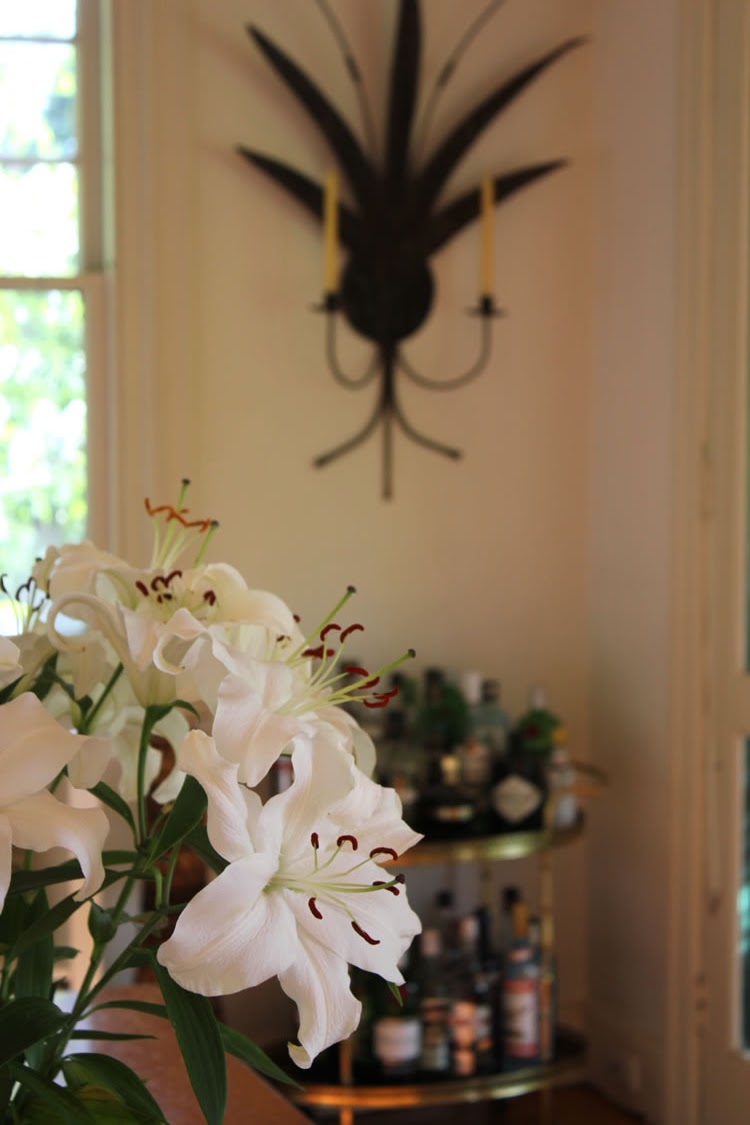 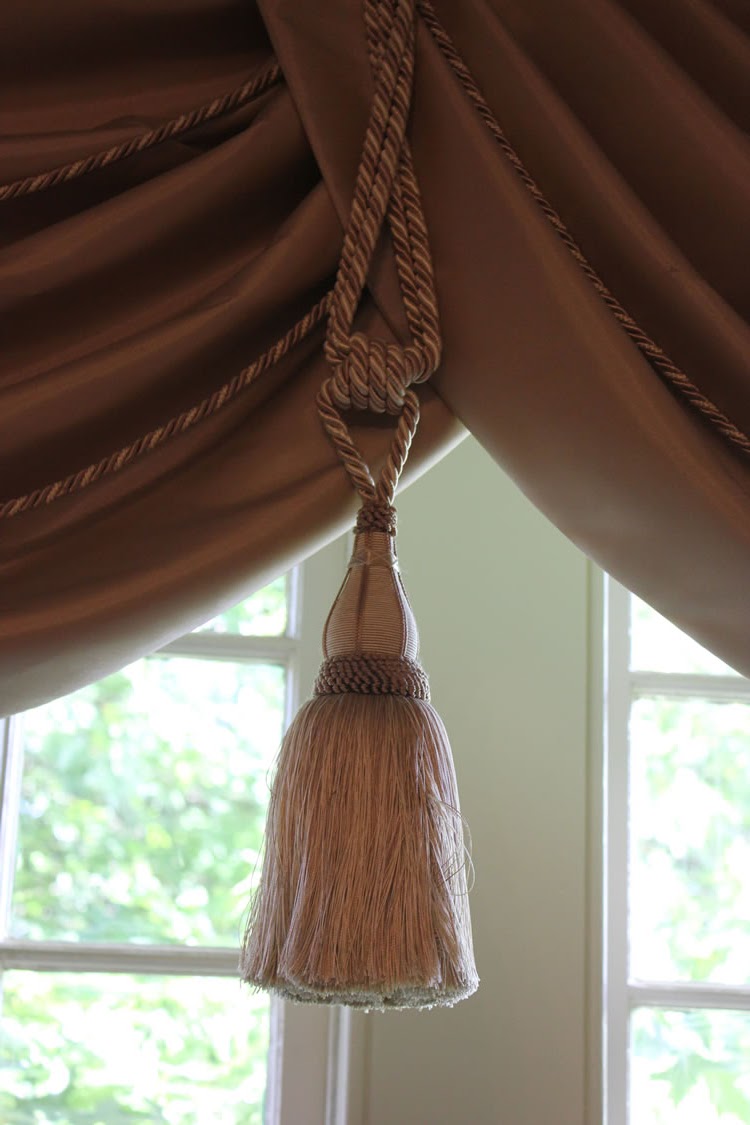 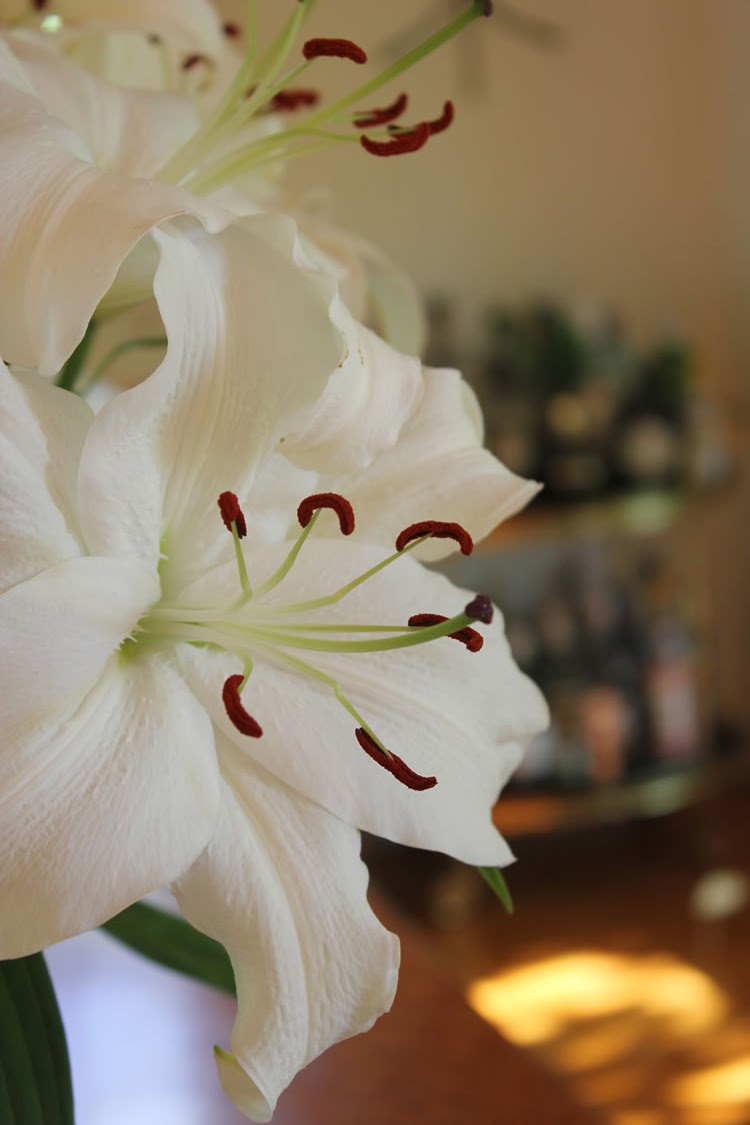 I carried white lillies in my wedding bouquet, both Asiastic and Oriental,
so Mr G.D. bought a bunch of them to celebrate the house as a new beginning: a new chapter in our lives.
It has been a wonderful journey so far, with many chapters set in cities across Australia,
and of course in London too,
but I rather suspect that this new chapter, set on a busy street in a pretty part of Melbourne,
may yet turn out to be the most fabulous chapter of all. 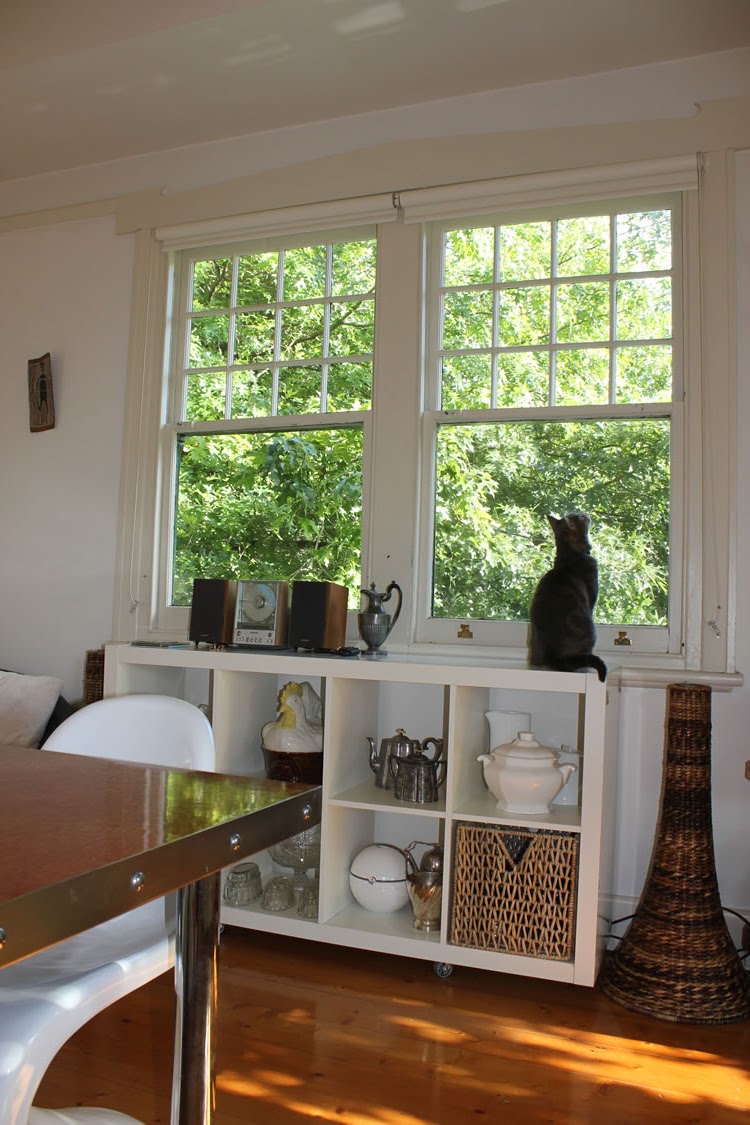 Bluey, our blue tabby, spends his days literally watching the traffic.
Having spent the last 6 years in a woodland estate by the beach,
where a solitary car involved much "who is that I wonder" by all the neighbours,
and 2 years before that in a quiet Adelaide avenue,
he can't get over the ridiculous speed by which these machines travel.
And when an ambulance went past, all lights flashing,
he almost fell off the window sill, it was so exciting. 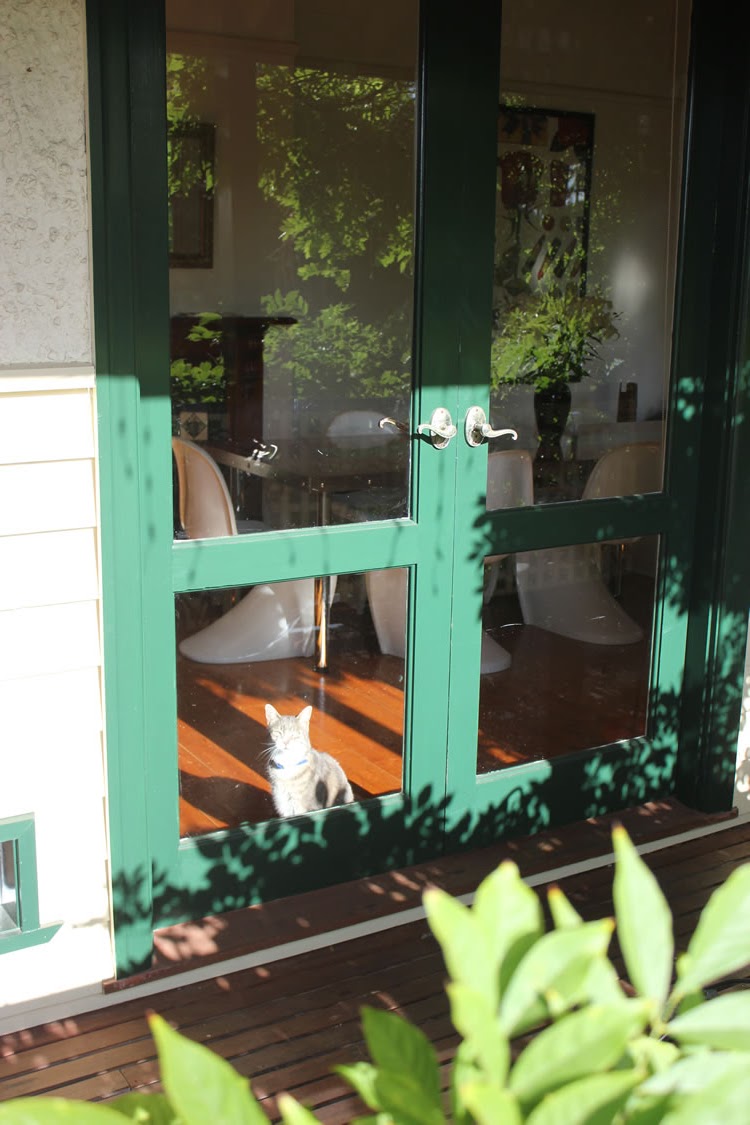 He won't be allowed outside for a full 3 weeks, which involves much
"But aren't I cute enough to come out there on the balcony with you?" looks through the French doors.
And when he does venture outside, it will be to a pocket-handkerchief garden,
which will require a little adjustment on his part. 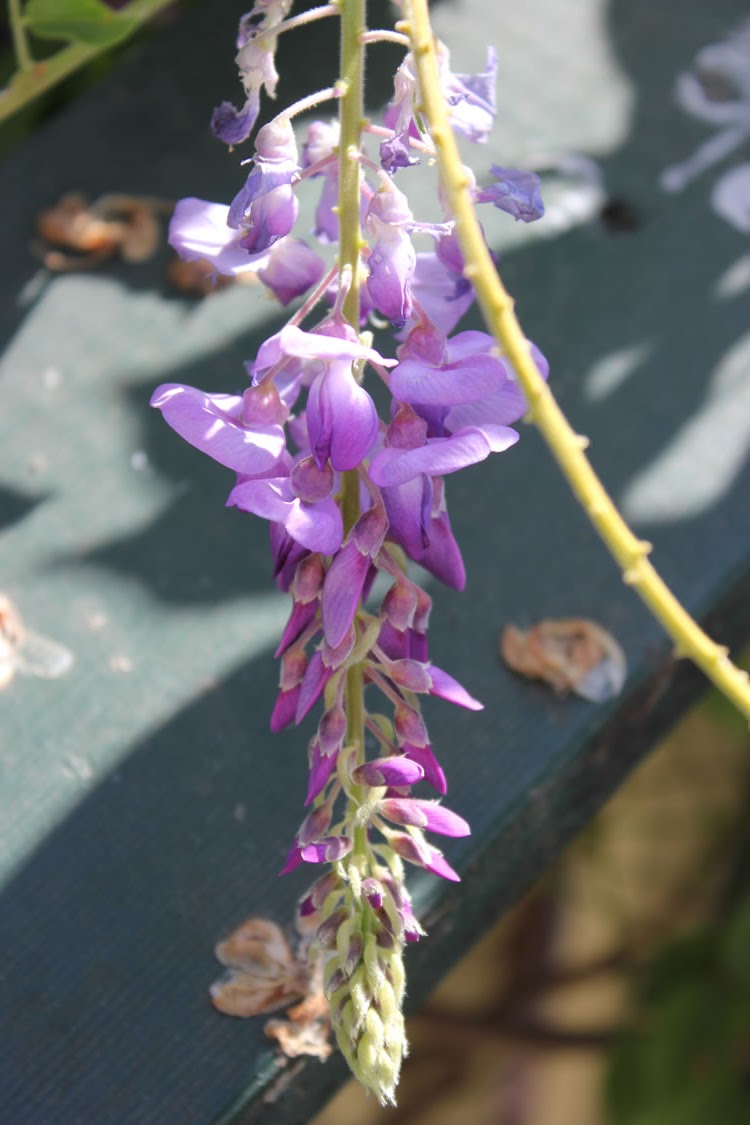 The wistaria still flowers, right in the middle of summer,
and is swathed across the balcony in glorious purple and pale green form. 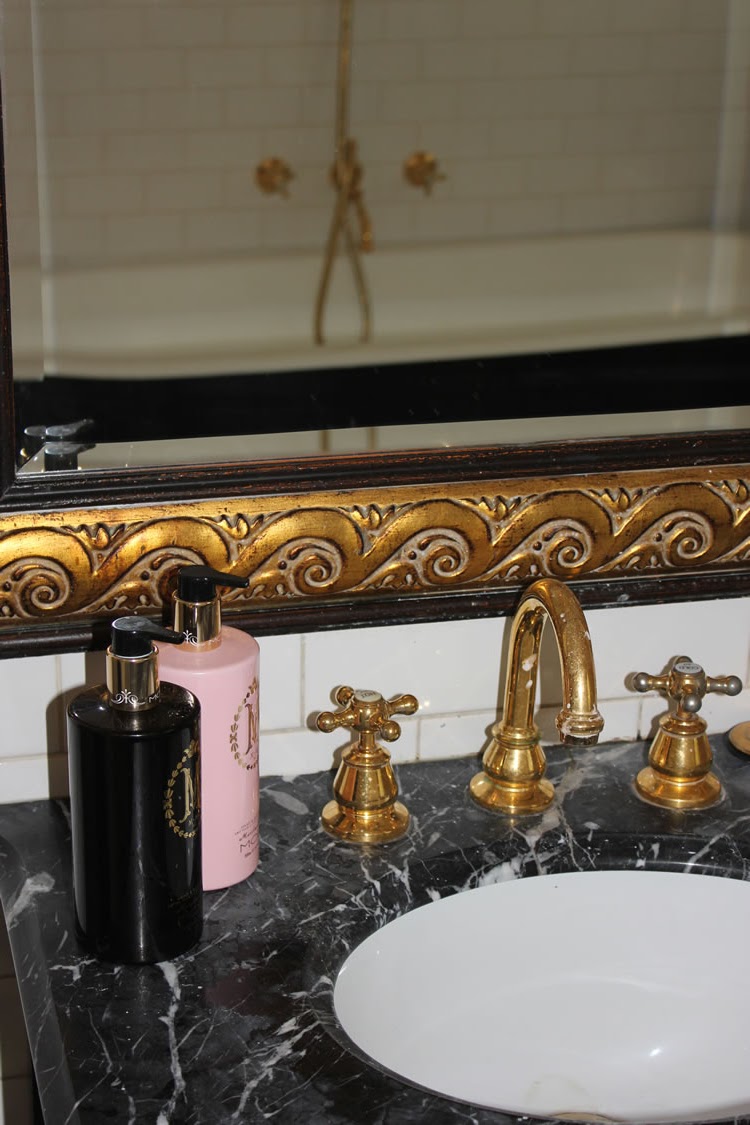 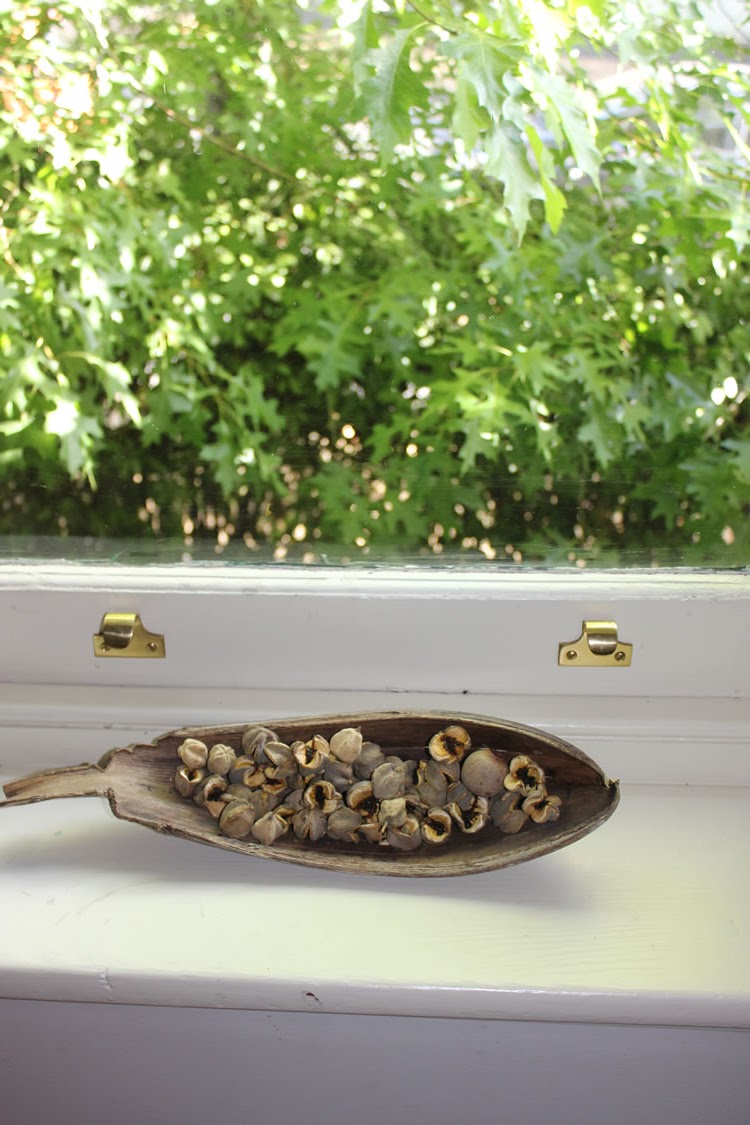 And so, to a new beginning: one of much excitement & the fun of discovering our new neighbourhood.
With cafes to explore and different parks to walk in,
a new house to fall in love with and a new era to research,
and some glorious projects on my desk which I am very excited about,
it's a fabulous new start to the year.