Clicked On :: an Edwardian Villa with a Modern Graft... 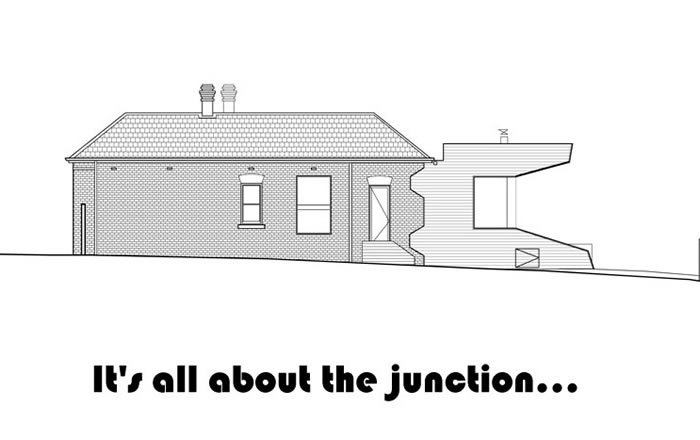 When faced with adding an extension to an older character home,
one can replicate the style which is in the original,
or one can have a bit of fun creating a contrast between old and new.
In this house at Malvern,
BKK Architects opted for the latter,
calling the project the Clip On House,
deliberately exaggerating the contrast with a parapet roof line & timber cladding.
It's currently for sale,
so let's have a look at it... 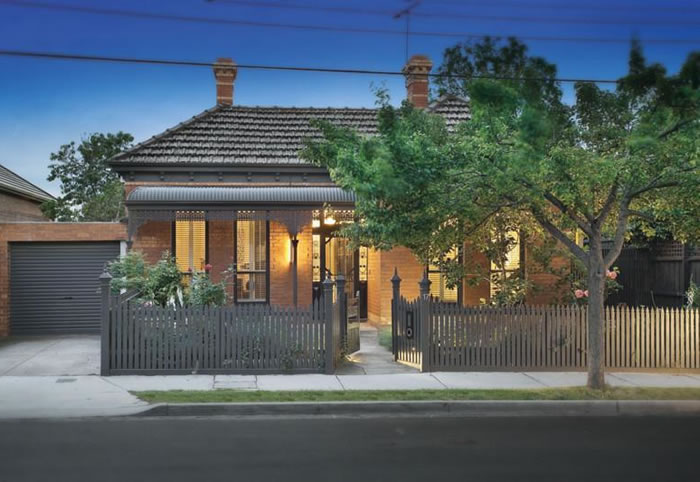 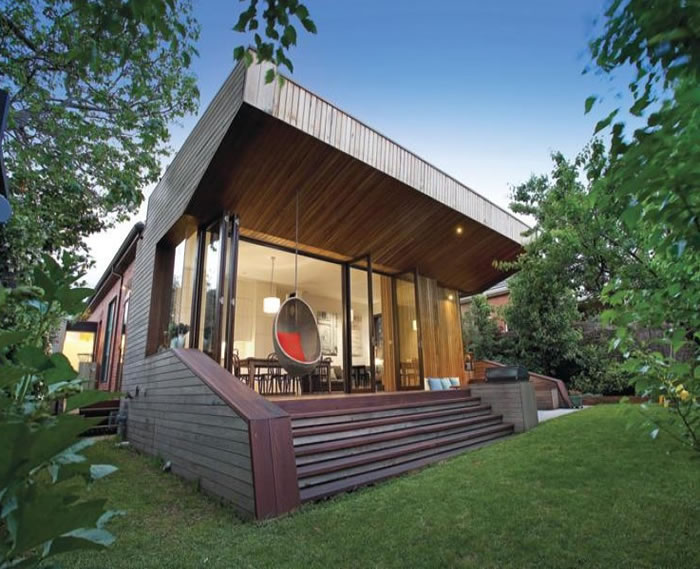 And here's the extension to the rear,
built in 2008.
I do rather love that timber lined soffit,
and of course the swing is just begging to be used. 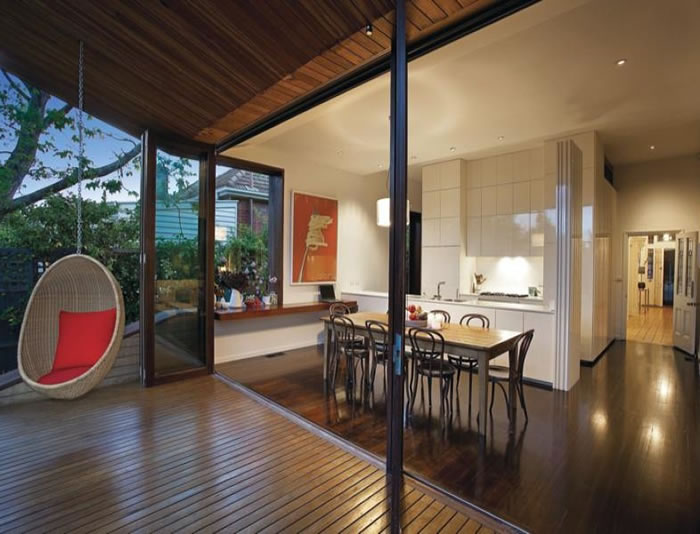 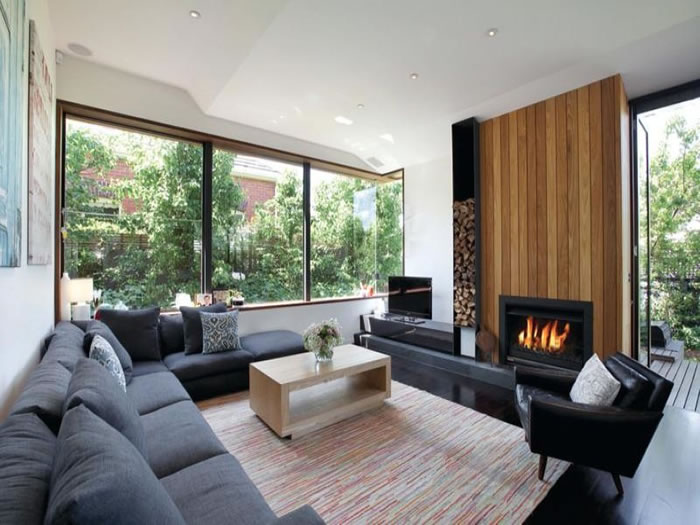 The folded & angled ceiling, together with corner frameless windows,
gives this living room a much bigger sense of space than it actually has.
Clever.
It's a thoughtful detail, but a simple one. 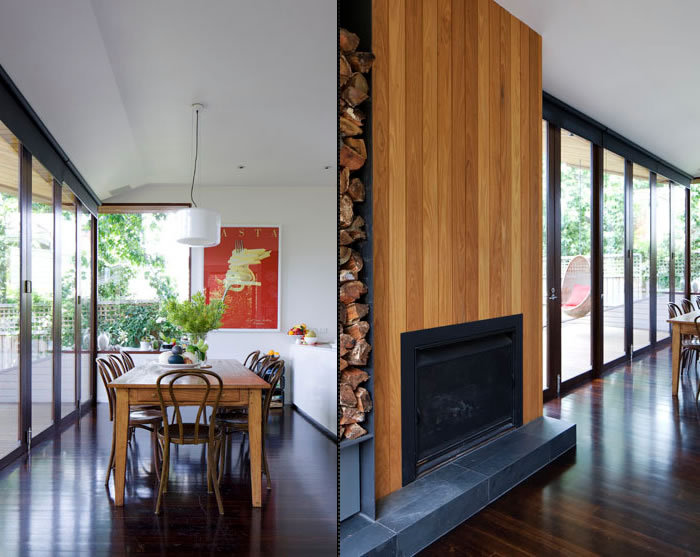 The simplicity of the way the materials are detailed actually sits quite happily
with the Edwardian admiration for simplicity, following on after all that Victorian embellishment.
Of course, this is much further pared back
than the Edwardian version of simplicity, but in essence, they honour the same elements:
a love of light, big windows, texture and nature. 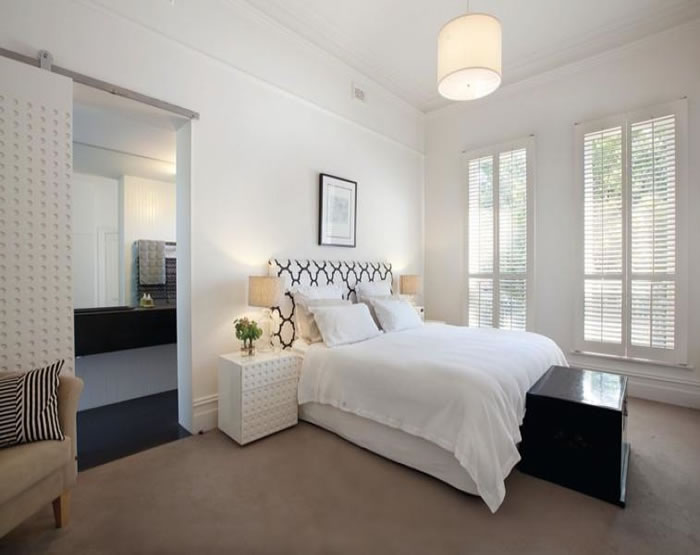 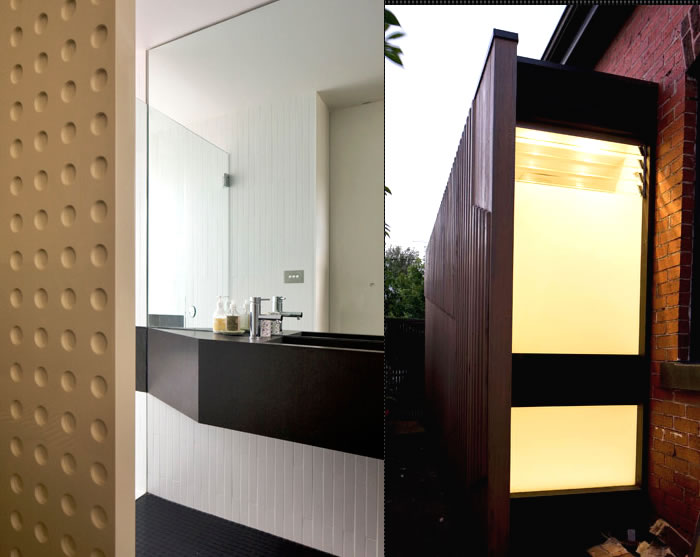 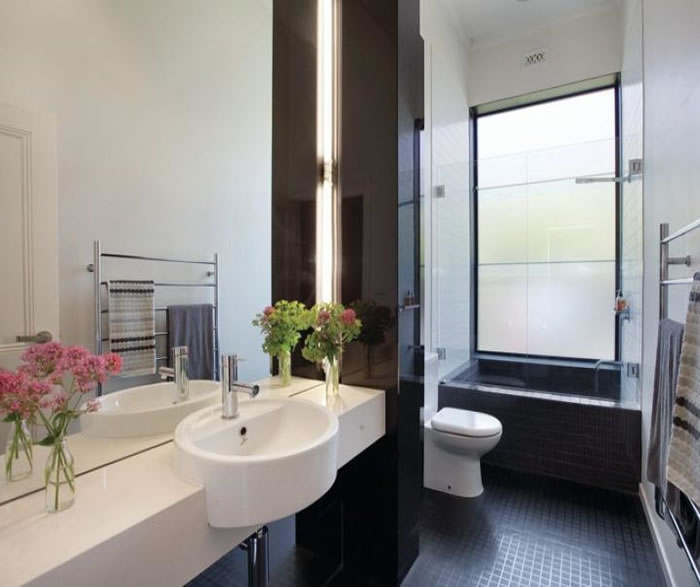 All of which means the link to the facade at the front isn't as jolted as it may have been.
It may be "clipped on", but very successfully so, I think.
But what do you think?
Would you like to live here?