Fancy dinner in a glamorous treehouse? You may like this then... 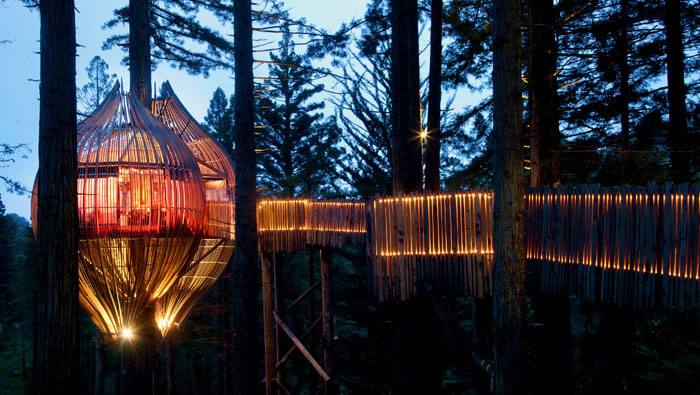 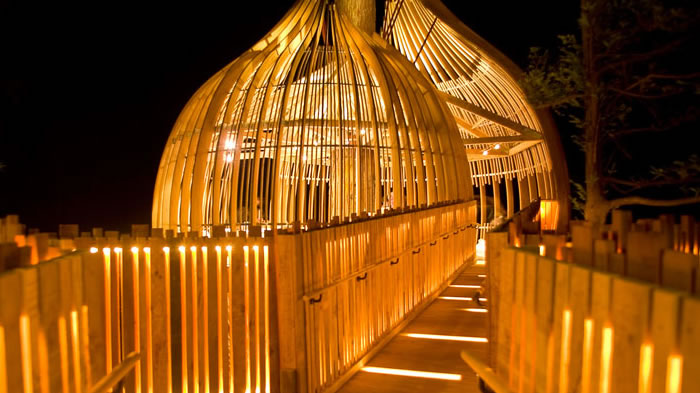 If a taste for the exotic tantalises your tastebuds,
then having dinner in a golden-lit sculptural globe,
in the middle of a redwood forest,
may just fit the bill. 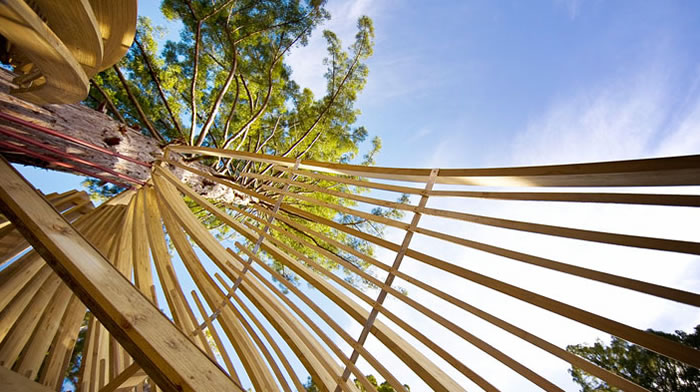 The Redwoods Treehouse has been built
entirely out of timber,
10 metres above the ground,
and is reached via a tree-top walk,
itself rather fun. 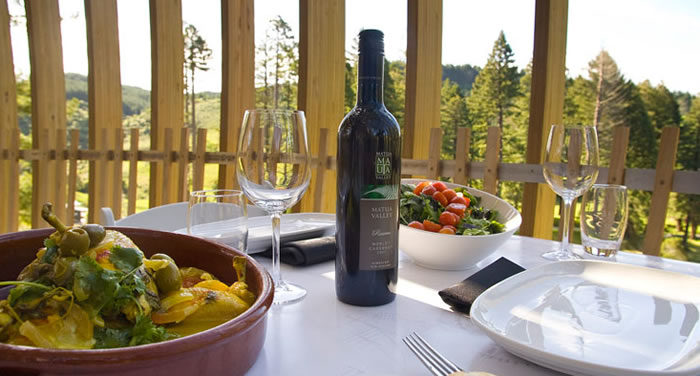 It's not a restaurant, exactly,
because you can't just book a table for two.
But it caters for private functions,
so if you have up to 30 squirrel-like friends,
you could have yourselves the most marvellous little dinner.
Or a very exclusive dinner for two. 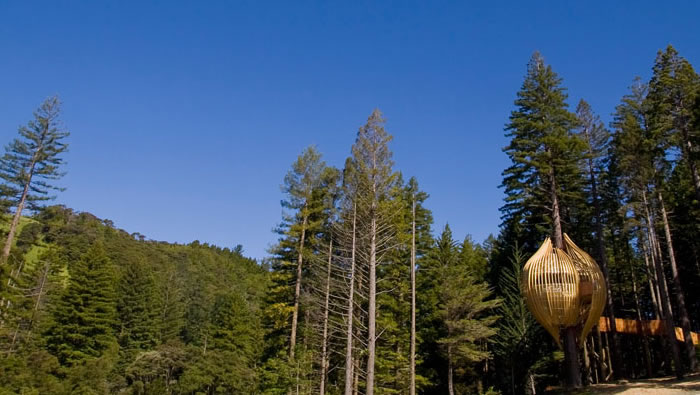 It was originally built for an advertising campaign,
in a forest near Warkworth, north of Auckland NZ,
but is now used for photo shoots & those fabulous private dinners. 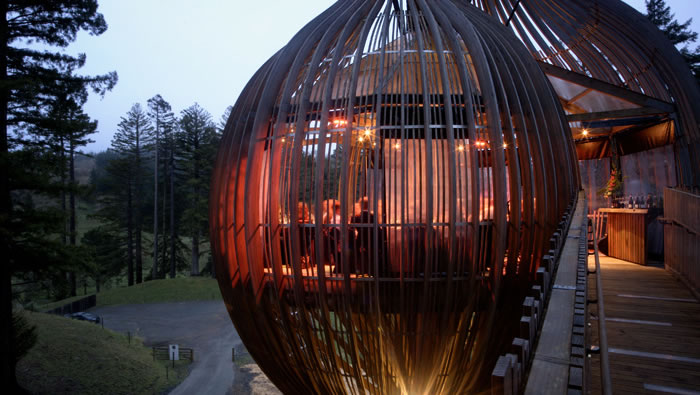 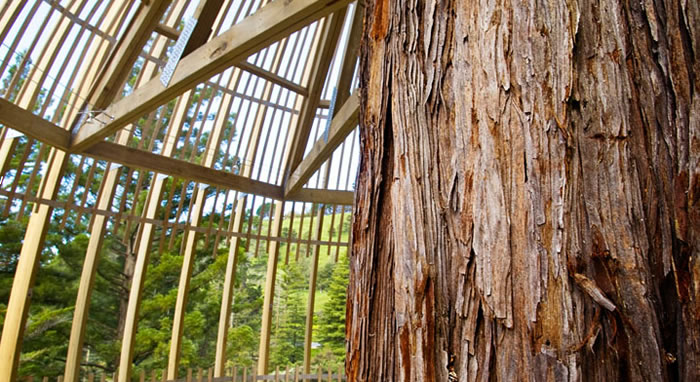 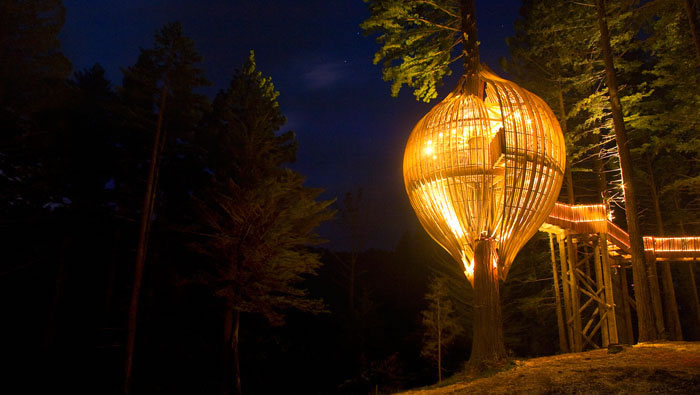 It makes the thought of dining in an ordinary,
on-the-ground restaurant seem kind of, well, everyday really.

Would you like to eat here,
by candlelight amongst the treetops?