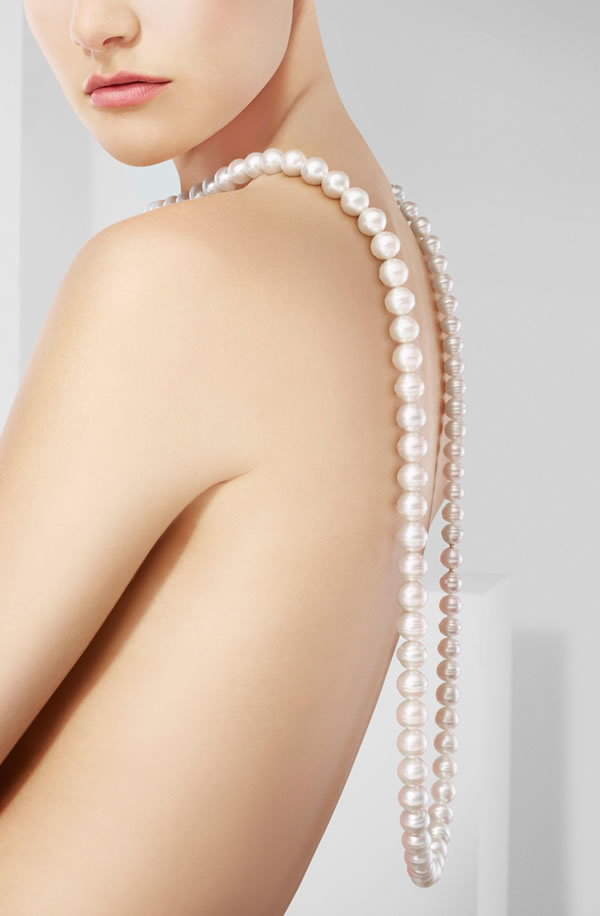 Ask any woman the provenance of her first string of pearls,
and no doubt she will regale,
in fabulous detail,
exactly from whom,
and how,
and why,
she received them.

As the modern birthstone for June,
replacing the earlier tradition of agates,
pearls are indeed a gem to be treasured. 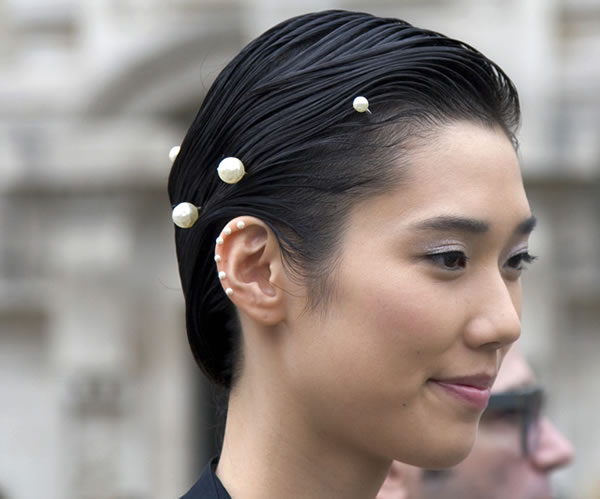 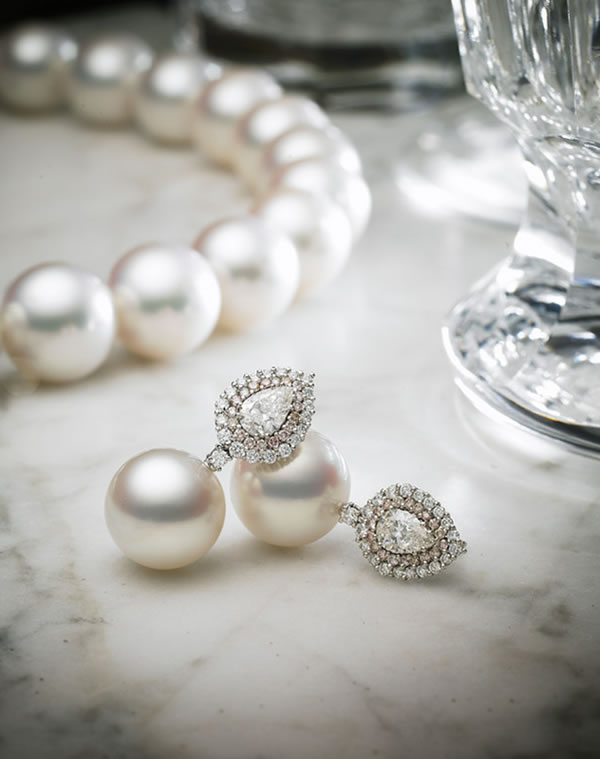 My first strand necklace of pearls
was given to me by my grandmother,
who had worn them herself as a young woman in the 1920s,
when opera pearls, of graded sizes,
were all the rage.
When she was in her 90s,
she decided that I would probably wear them more than she,
and I was over the moon to receive them as a teenager.
(Sadly, a few weeks after our wedding,
our house was broken into and the glorious pearls were stolen,
along with my husband's black dinner suit,
white silk bow tie + his new shoes,
all my perfumes and our best suitcase.
The police commented that it was at least a stylish thief.
But my grandmother's pearls were irreplaceable.) 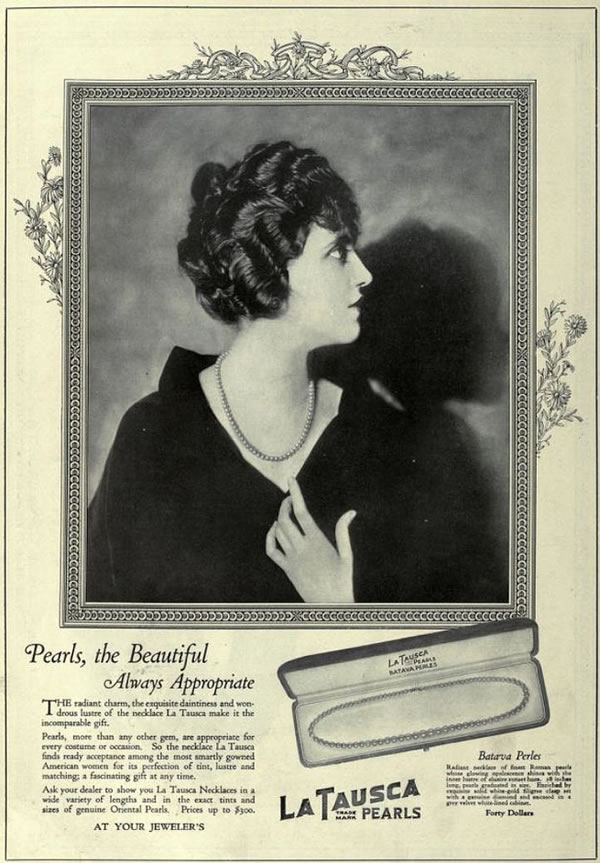 Later, a solitary pearl on a silver chain necklace,
given to me by my first boyfriend,
was treasured and cherished.

Perhaps, sharing equal billing with diamonds,
(the stone which just seems to happily enhance the pearl's own beauty)
the pearl would be the most romantic of all gems,
and certainly one of the most coveted.
Rarely out of fashion,
rarely out of place,
the lustrous pearl is as magnificent in solidarity as it is in multitude. 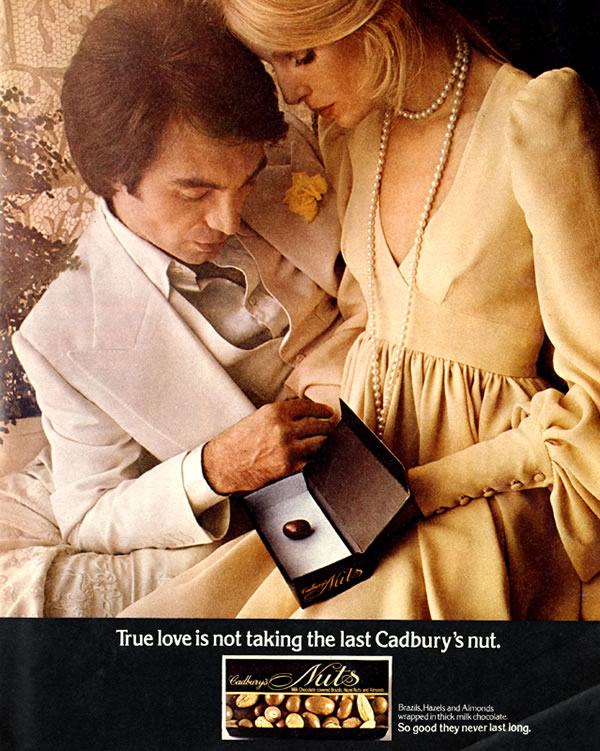 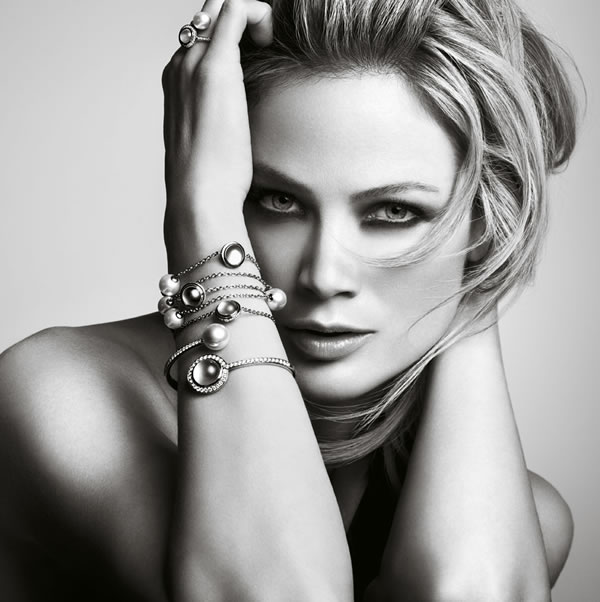 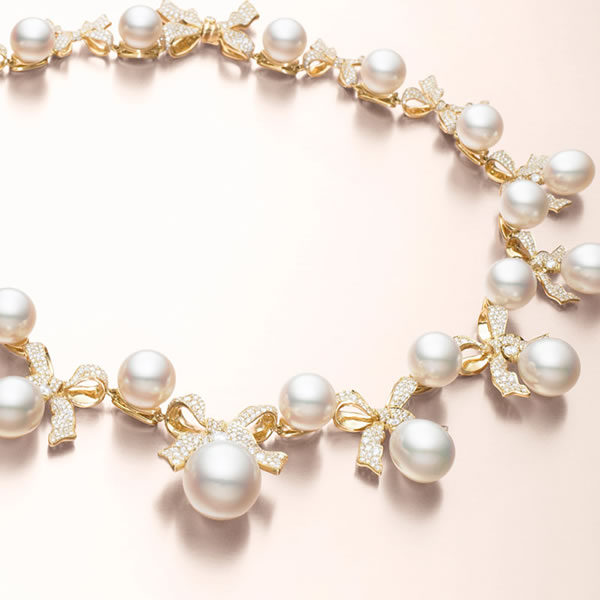 Unlike all the other birthstones,
pearls come not from deep within the land, but from the ocean;
formed by the hapless mollusc as a calcium carbonate compound
to protect itself from an irritant,
such as a parasite or piece of organic material
which gets caught when the mollusc opens for feeding or respiration.
All species of molluscs can produce a pearl,
but it is only certain species which create the type
which we find so attractive.
The pearl oyster, which lives in seawater,
and the pearl mussel, which lives in fresh water,
are the two main species which are commercially harvested. 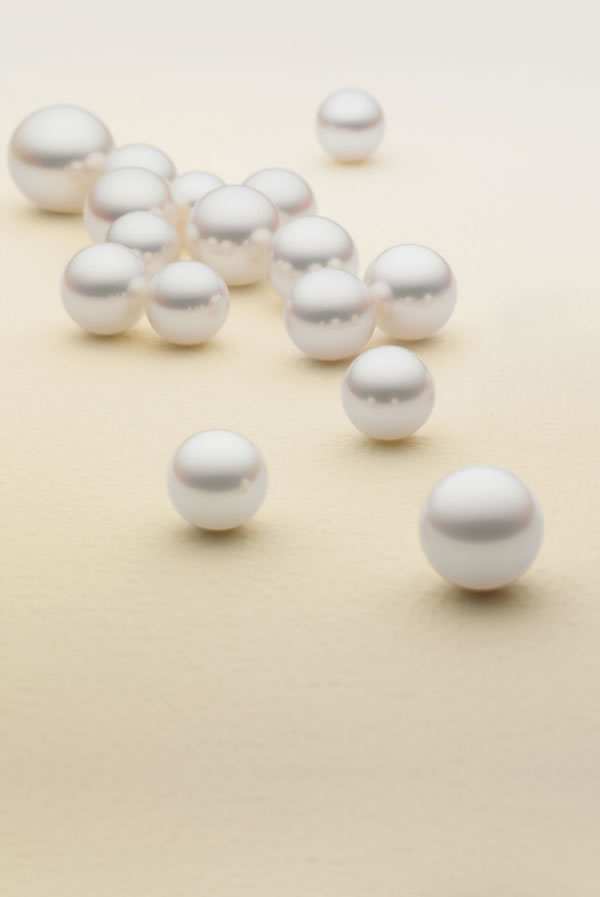 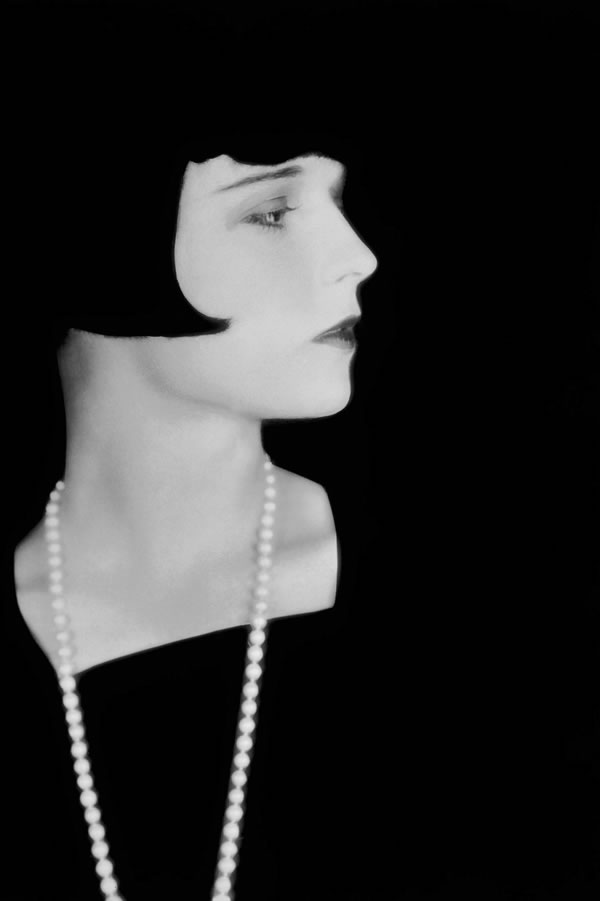 These pearls and mussels used to be caught by their thousands;
with each came the possibility of finding that elusive pearl within.
But the odds were small,
with perhaps only one pearl found
amongst hundreds of molluscs gathered & opened.
And the chance of that pearl being perfectly round
were even more remote.
Which is why these "natural" or "wild" round pearls were so valuable,
and worn only by royalty and the very wealthy,
from the Ancient Egyptians and Romans,
to the Queens of Europe. 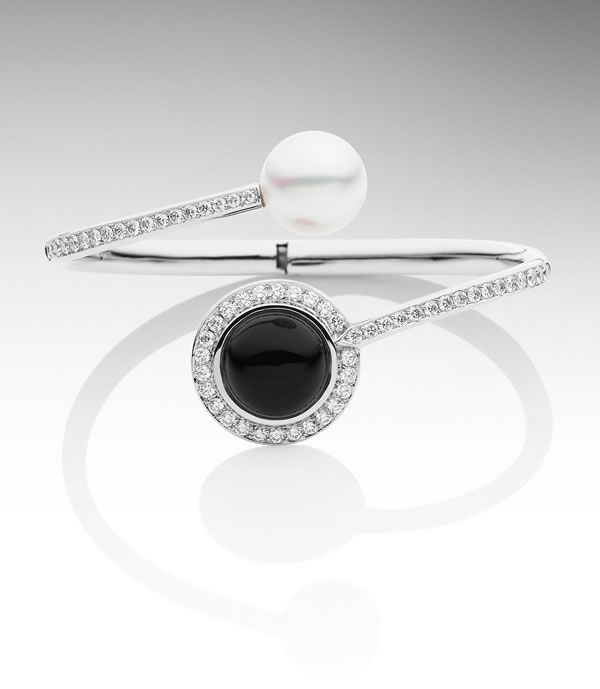 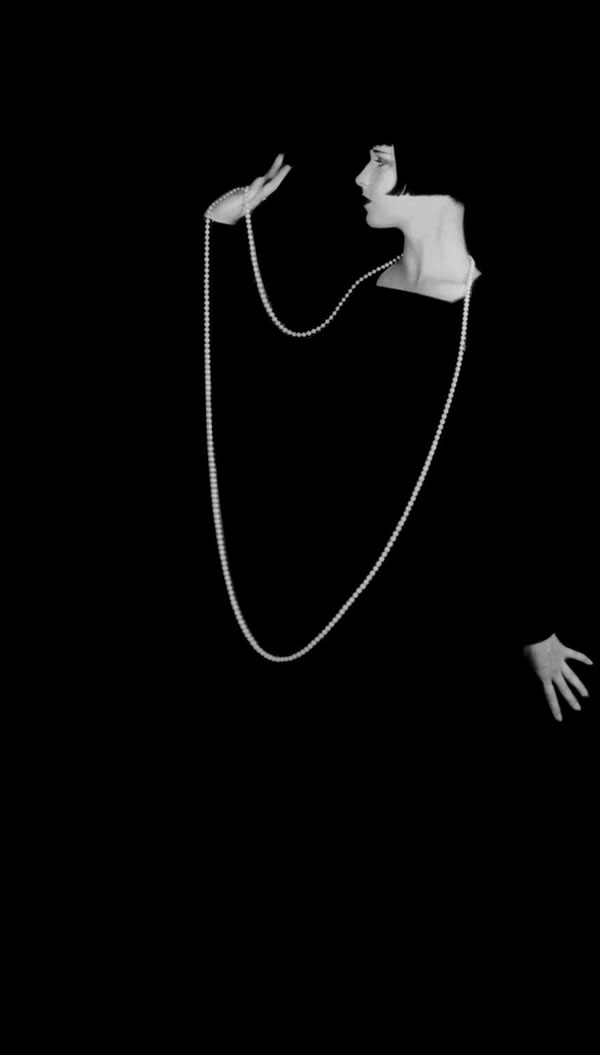 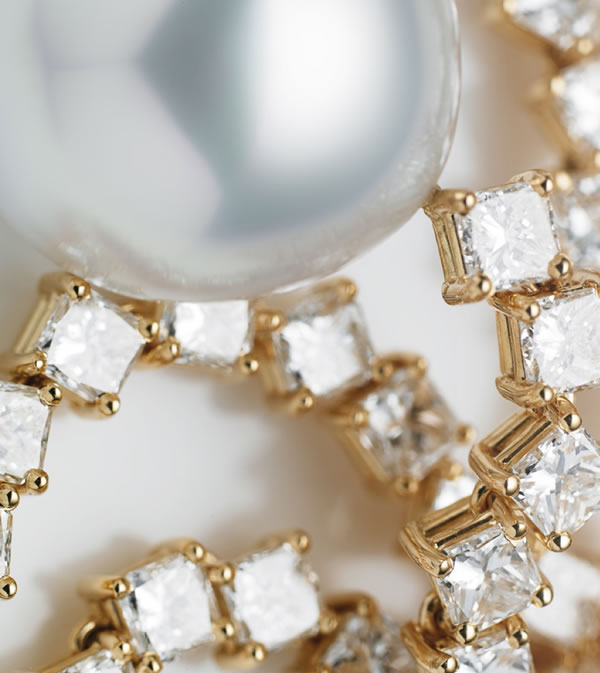 From the late 19th century,
people had realised that the pearl was formed by the presence
of an irritant,
and many experiments were performed to replicate the spontaneous wild process.
But most of these resulted in misshapen lumpy pearls,
considered of little value.

William Saville-Kent, a British biologist working in Australia,
as the Commissioner of Fisheries for Western Australia in the 1890s,
developed a way to produce perfectly spherical "cultured" pearls.
Sadly, though, this somewhat tragic figure did not receive recognition
for his successful experiments.

His work became known amongst other scientists,
and it was Dr Nishikawa, learning from Saville-Kent's work,
who brought the results back to Japan.
Dr Nishikawa's daughter married Mikimoto Kōkichi,
and the history of pearl production was about to change.

Mikimoto experimented further,
patenting the process to create a perfectly spherical "cultured" pearl.
The first commercial harvest was produced in 1916,
and the modern pearl industry was born. 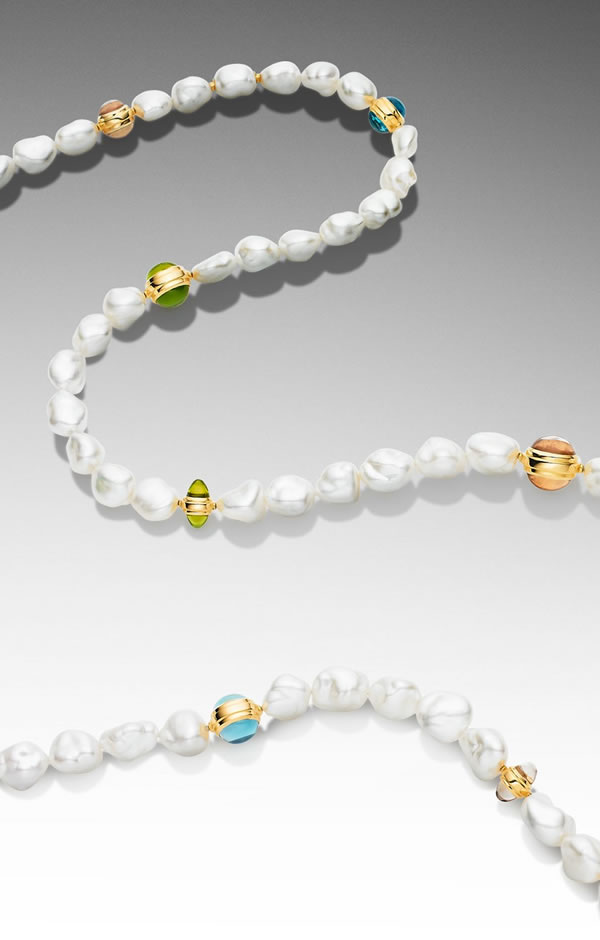 Conversely, "baroque", or misshapen pearls,
are now considered to be of exquisite beauty.
(In fact, I much prefer them - for each is different.)
How fashions change our perceptions of beauty and value! 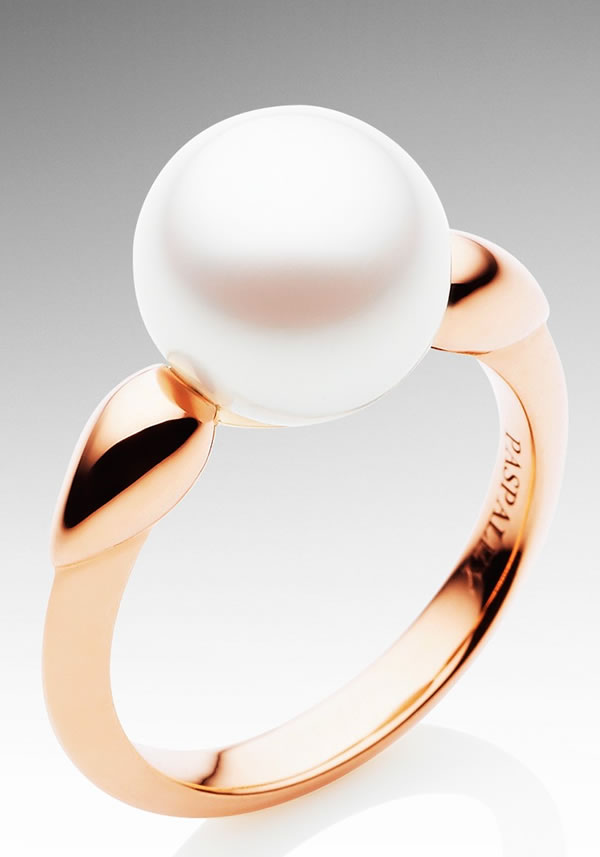 Being essentially a calcium carbonate compound,
the pearl will dissolve quite readily in an acid,
such as vinegar or wine.
For this reason, perfumes should never be allowed to touch a pearl,
while the oil naturally present on human skin
will protect, enhance and maintain the lustre of a sting of pearls. 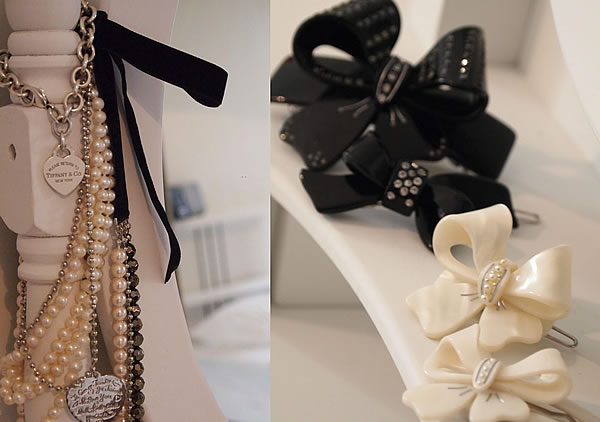 The last group of pearls,
which are neither "natural" nor "cultivated"
are the "imitation" ones.
They may be made from mother of pearl shell
(itself the very same compound as the actual natural pearl),
or glass, plastic or shell spheres which are then coated
in compounds of crushed mother of pearl, isinglass or mica. Today, the South Seas beaded cultured oyster pearls are considered
the finest in terms of beauty, value & collectability.
Farmed predominantly in Australia, Indonesia and the Philippines,
these salt water pearls are grown one per oyster,
producing pearls of large size and warm lustre.
The pearls harvested & grown by Paspaley Pearls in the warm waters
of Australia's north are particularly remarkable for their size and lustre.
(When we lived in Darwin,
a favourite spot was Paspaley's Pearl Museum on the harbour,
with a collection of very scary-looking old brass diving gear.
The divers must have been intrepid!
It is a most fascinating place,
should you ever visit this fabulous tropical city.)

Freshwater non-beaded cultured pearls,
where up to 25 pearls are grown per oyster,
and are generally smaller,
are mostly produced in China. 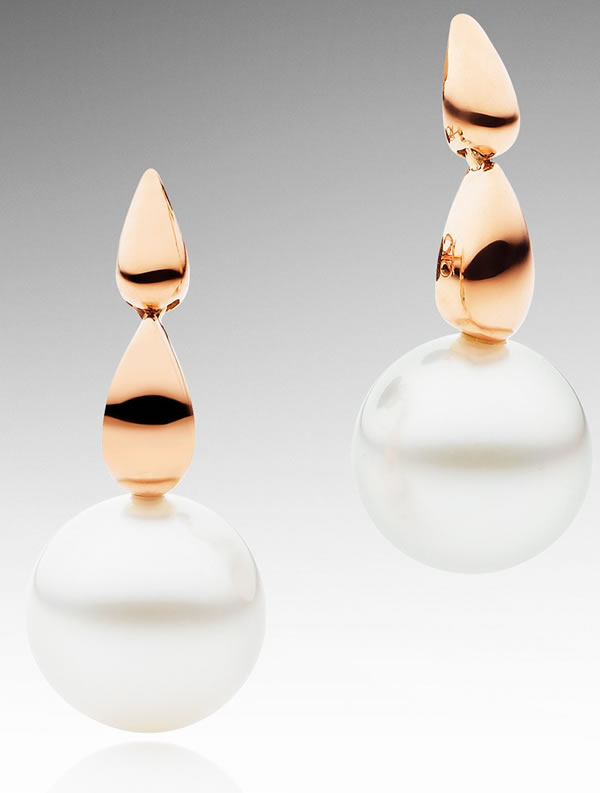 A pearl is valued by 5 indicators:
lustre, complexion, shape, colour & size.
They can be creamy white,
the rarer naturally coloured grey or black
(from the black oyster or black mussel)
or artificially coloured. 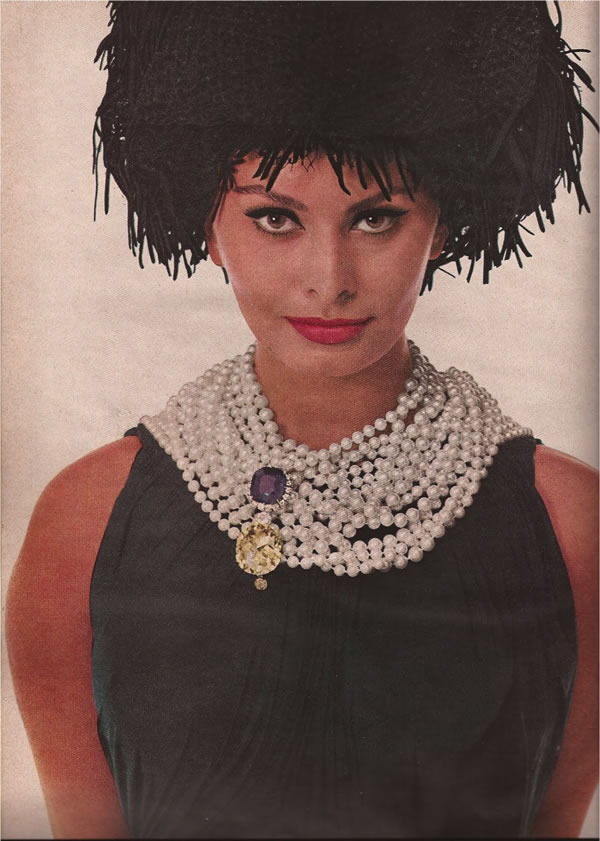 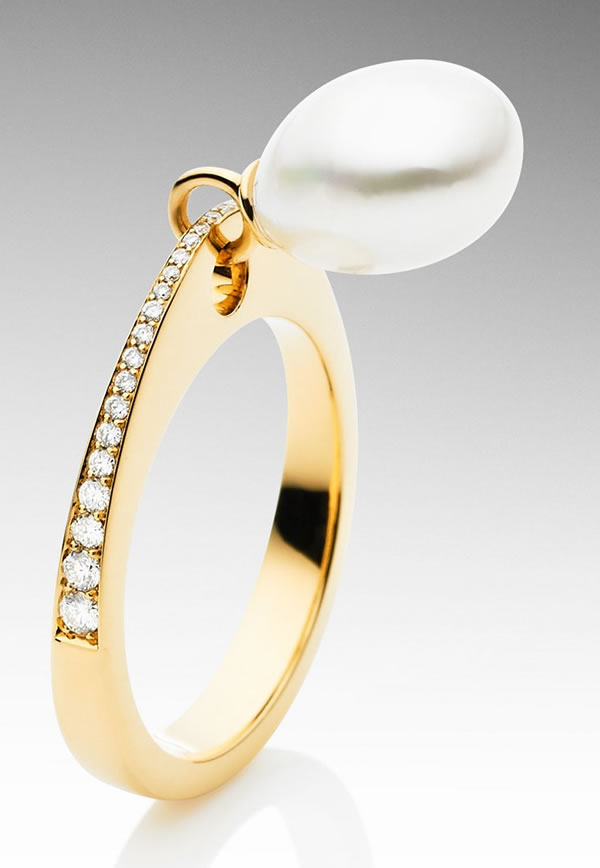 A pearl of incredible lustre,
such as the one in this ring,
is a gem of such exquisite beauty that it is absolutely no wonder
that they are considered treasures, the world over.
And not just in June!