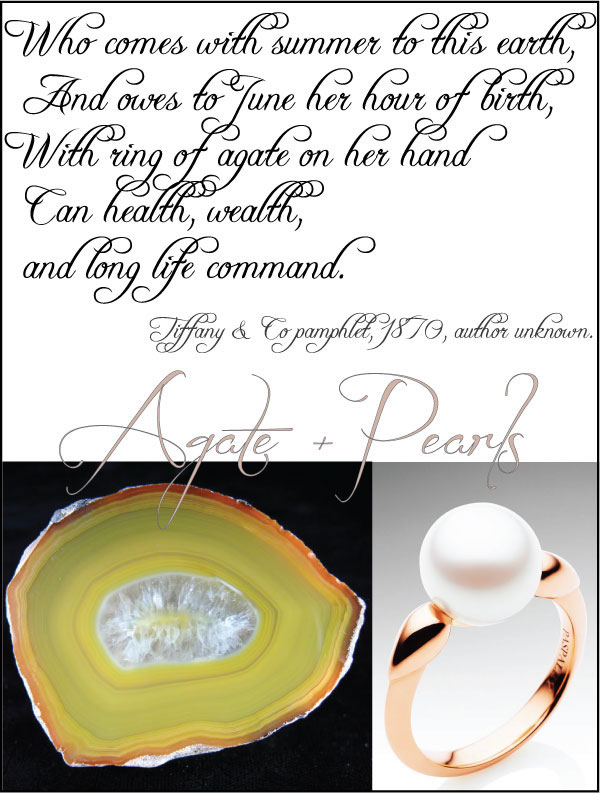 The generosity of June brings with it not one but multiple birthstones:
the fascinating Agate + the lustrous Pearl.
Although, it gets even better.
Because the enchanting Moonstone is sometimes included as well.
When our Gregorian Birth Poems were printed by Tiffany in 1870,
the Agate was the main birthstone for June,
edging out Cat's Eye and Turquoise, prevalent from the middle ages.
But by the early 20th century, Pearls & the lesser known Moonstones
had replaced Agate as the signature June stones.
Let's have a look at the beautiful Agates from our poem first though,
because they are too lovely to ignore. 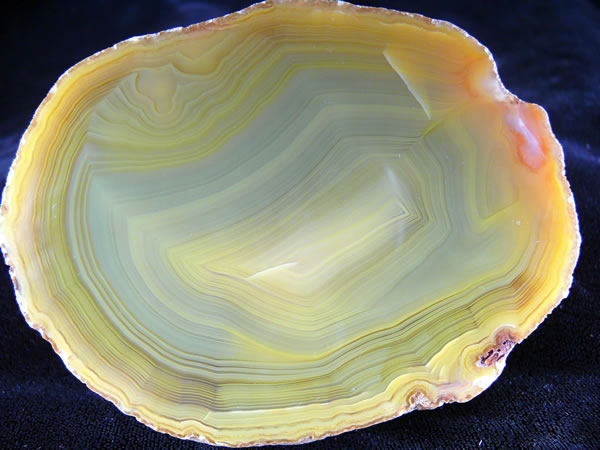 Agates are intinsically silica, and are mostly found around volcanic sites.
Formed in nodules in the volcanic rock,
the stripes occur from the silica-rich liquids
filling the nodules and leaving behind different trace elements,
in different conditions,
thus the variation of colour.
The layers occur from the outside in,
which is why many Agates are hollow,
where the process has not yet been completed.
Around 3 in 10 Agates found will yield a solid stone.
"Hollow" may be literally so,
or it may mean a more open-structured crystalline
material, not yet tightly bonded. 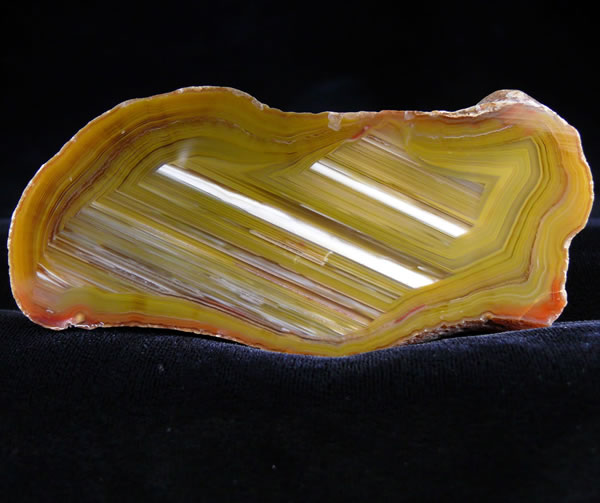 Colours vary from the more commonly seen greens & browns,
through to orange-reds, purples and whites. 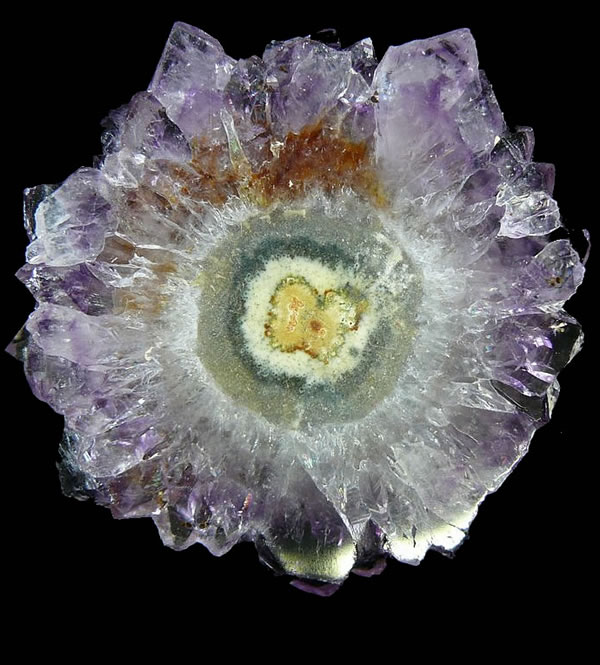 Sometimes, Amethyst is found in the centre
or the outer layers. 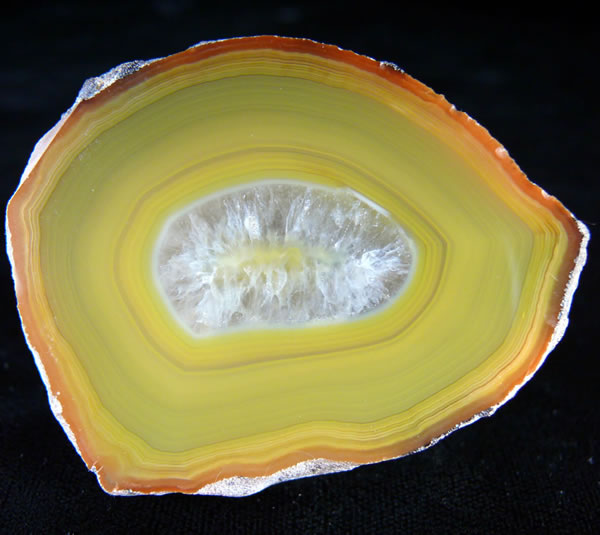 Agates were prized by the Ancient Greeks,
from whence the name comes.
Relatively easy to hand-carve, they were made into beads.
They had earlier been used by the Sumerians & Egyptians,
for decoration & in religious ceremonies.
Agates are also found in large quantities in Brazil & Australia.
The stone is extremely resistant to acid,
which is why it is still used for mortar and pestle production. 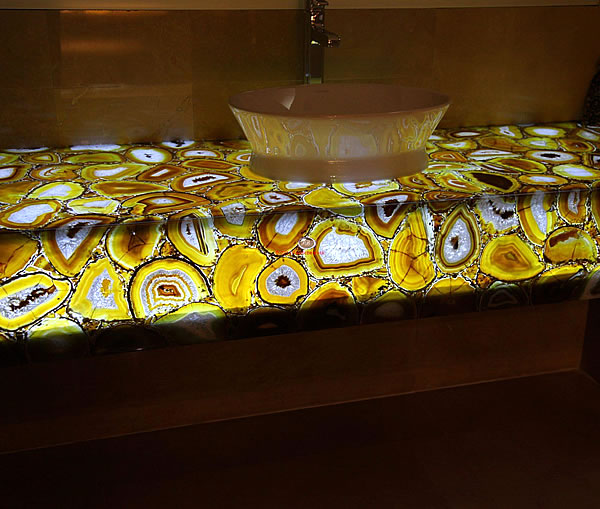 When backlit,
Agates make the most mesmerising patterns,
which makes a most strikingly beautiful benchtop.
(I have used them for commercial interior design projects,
but have yet to convince a client to use them in a domestic setting.
Personally, if cost were no issue, I would adore a kitchen & bathroom
benchtop made of this fabulous stone.) 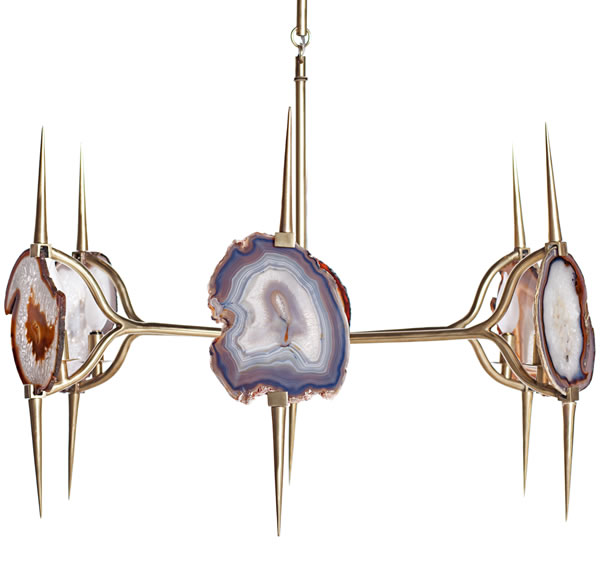 Perhaps not for the faint-hearted,
this bold chandelier made from agate would have to be
a brilliant talking piece,
especially if mounted above a dining table.
It's quite glorious, with each angle providing a different view
of these amazing stones.

The matching sconce lights would be spectacular in a powder room,
or entry hall, where dramatic glamour is often sought & appreciated. 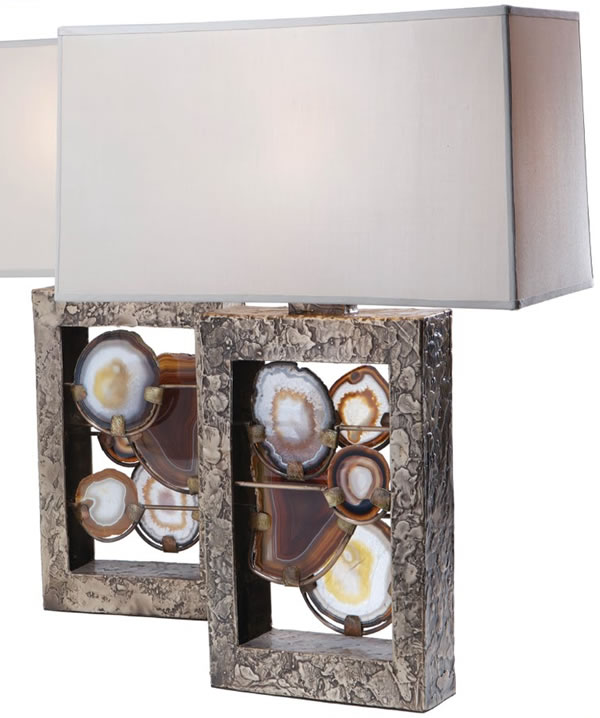 It's a bold stone,
so it needs a bold design to match its temperance.
These lamps would work in either a contemporary or traditional
setting, mixed with some equally dramatic elements such as navy walls,
or black and white furniture.
Because of the inherent "earthiness" of the Agates though,
they hold their own against pretty much any style of decor. 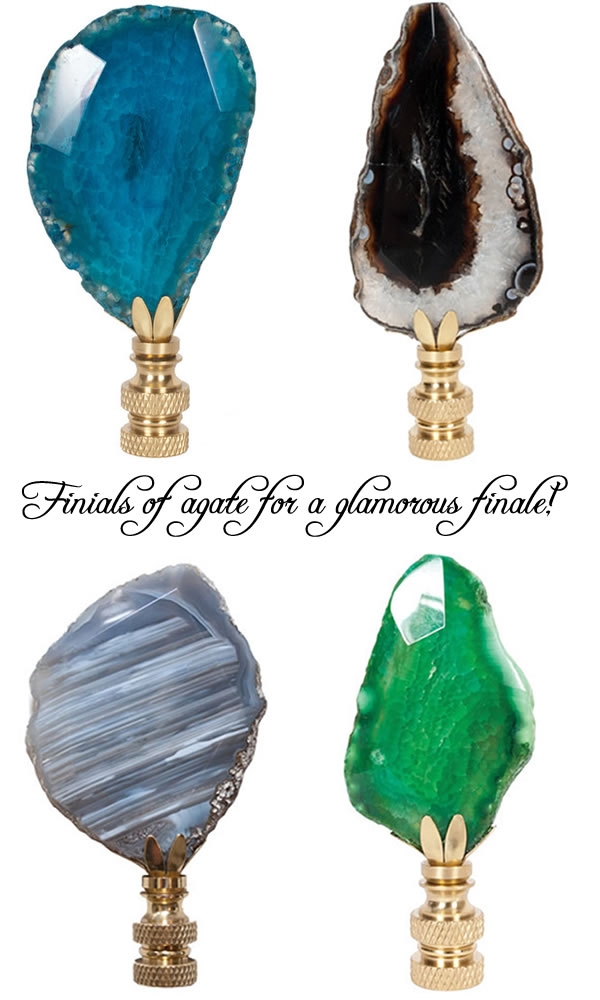 But if it's a splash of colour you crave,
the fascinating Agate can deliver on that too.
In jewel tones of emerald green and sapphire blue,
these extraordinary curtain finials would be fabulous
contrasted with very, very simple curtains of open-weave linen
in jute or white tones,
billowing on the floor in generous folds. 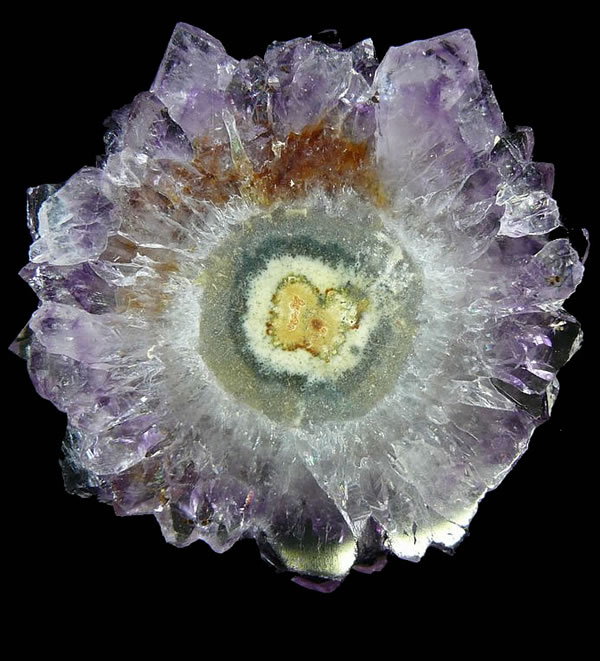 There is such a richness to the colour and pattern of Agates,
that it is no wonder that our Tiffany poem extols the power
of this stone as one which will bring
wealth, health and longevity
to the wearer.
After all, one could spend a very long lifetime just searching for
a couple of Agates which are almost-twins,
as no two are alike.

Part II, tomorrow, will look at the more modern birthstone for June:
the lustrous, ever-classic Pearl.