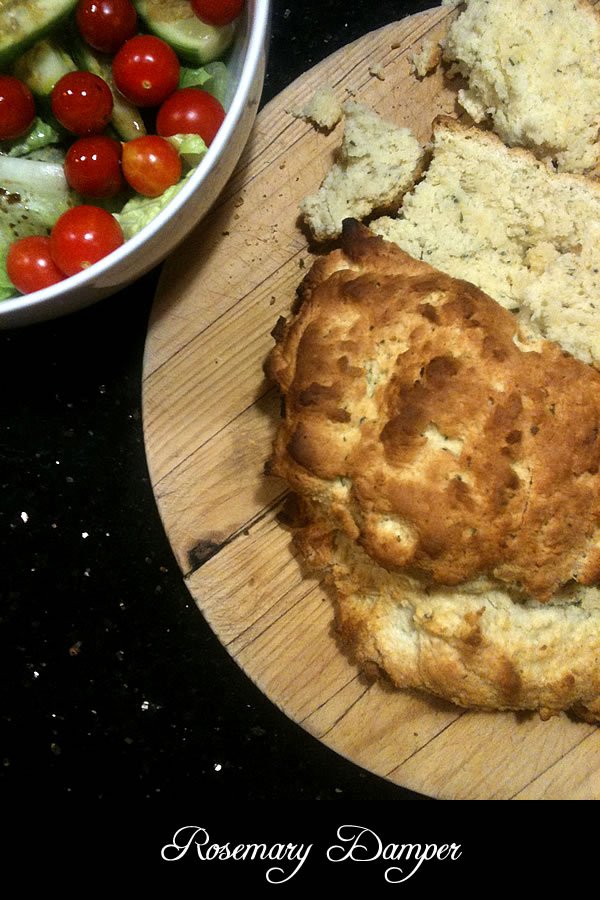 I love the ancient tradition of flower meanings.
You know, red roses for love, violets for faithfulness and so on.
But did you know that rosemary signifies remembrance?
So, with Anzac Day tomorrow,
I thought I would experiment with a little baking last night,
using this deliciously pungent herb,
to see how it would turn out in a simple damper recipe.
And the result was sensational!

To make it,
just combine 2 cups self raising flour,
a pinch of good salt
+ the leaves
from 4 sprigs of rosemary
in a food processor.
Whiz until the leaves are tiny flecks.
Then, with the motor running,
add 125 gm cubed butter,
and whiz until it forms small breadcrumbs.
Add one free range egg,
whiz again briefly,
then just enough milk to make a scone-like consistency.
(A couple of tablespoons, give or take.)
Form into a blob on a greased baking tray
and bake in a very hot (200 c) oven for approx 30 minutes.
Like bread, if it sounds hollow when tapped
underneath, it's ready.
Serve warm, slathered in good (ie not that awful homebrand stuff) butter.
Using a good salt makes a big difference too.
(I love the pink murray river salt, but any good sea salt will do.) 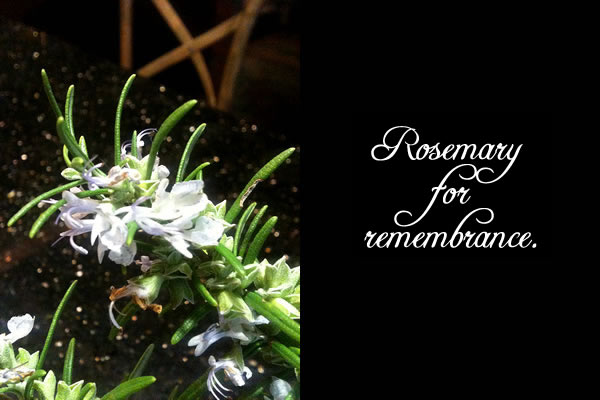 At dawn tomorrow,
across Australia and New Zealand,
thousands of people will wear little sprigs of rosemary
tucked into their lapels,
as the symbol of remembrance for our soldiers who have fallen,
and for those who serve.
It just happens to be in flower at this time of year in the
southern hemisphere,
so perhaps that is partly why it is such a beautifully poignant symbol. 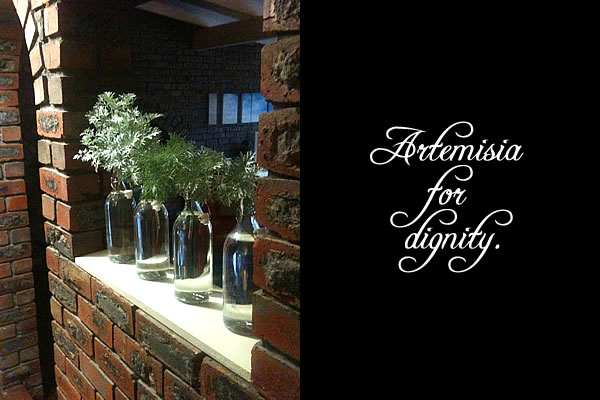 The entry hall has been decked out with bunches
of another meaningful herb: artemisia,
or the common name of "wormwood"
because it was used to keep insects at bay in the middle ages.
Signifying "dignity" it is one of the most fabulous little plants
to grow in the garden.
Tough as nails,
it is a striking addition to any arrangement
with it's silvery, lacy leaves.

Oh, and as the forecast for tomorrow is cold with heavy rain
in Melbourne, I think we'll be needing some of that warm
rosemary damper after our foray into the chill air at the Dawn Service!