If you love Grace Kelly's style, how about a Barbie doll? 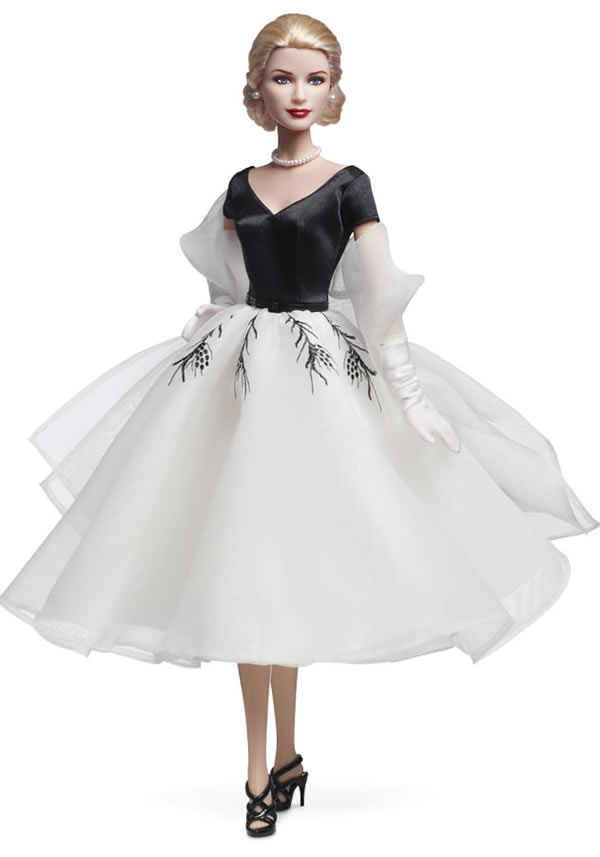 The swirling, twirling Paris Dress,
worn by Grace Kelly in the 1954 film Rear Window,
has been further immortalised as, you guessed it,
a Barbie doll.
It's in the limited edition Collectors series & is soon to be released.
I think I want one! 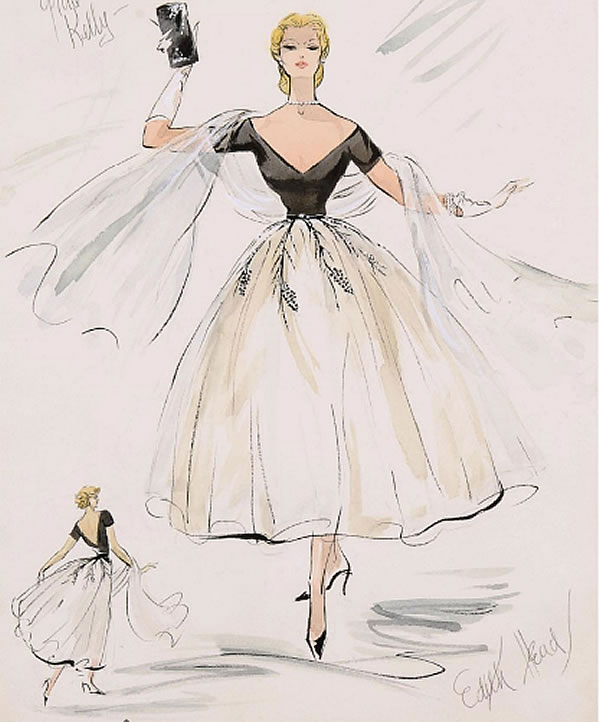 The original costume sketch by Edith Head
was auctioned by Christies last year for £8,125.
Her design for what director Alfred Hitchcock simply
requested as a "black and white evening gown",
had a fitted black bodice & voluminous white chiffon skirt,
embroidered with sprays of black flowers. 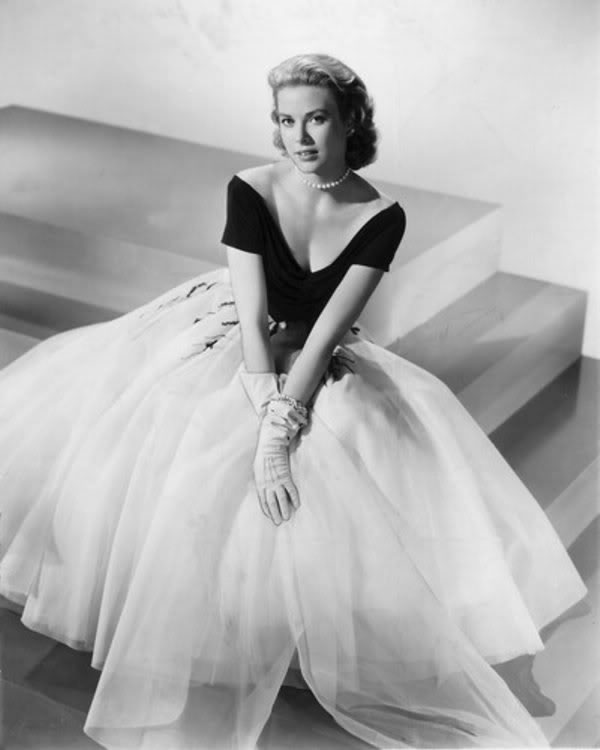 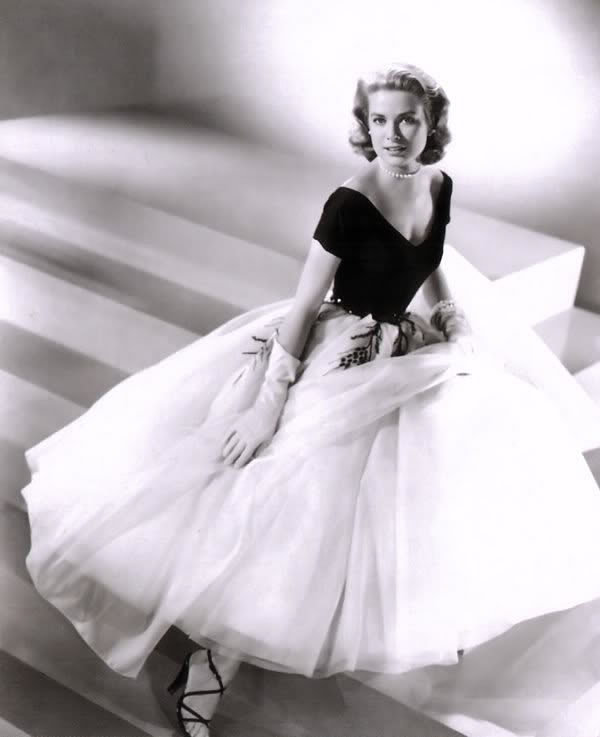 From sketch to reality ~ perhaps one of the most famous
Grace Kelly images and an often copied dress style,
the Paris Dress epitomises 1950s glamour. 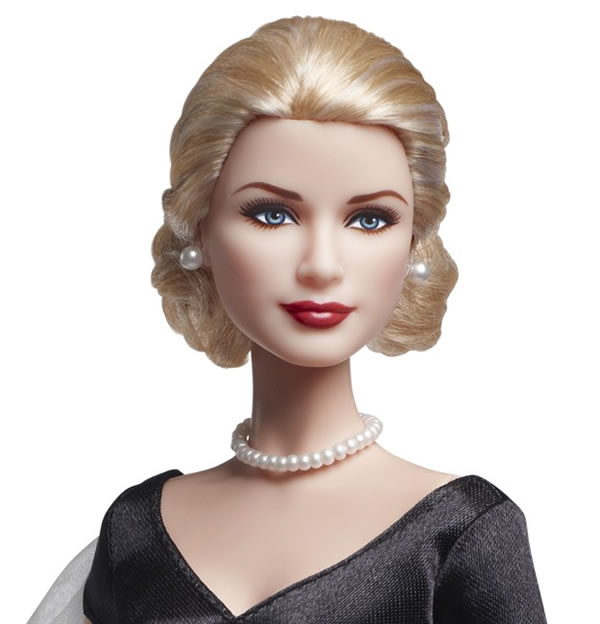 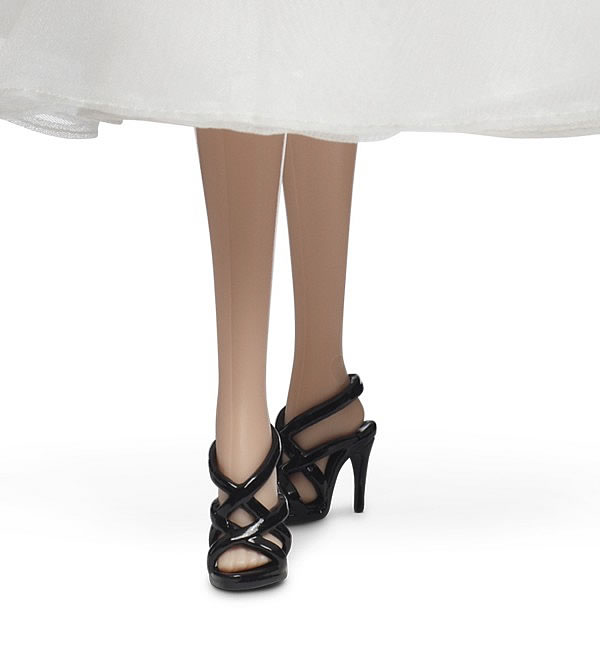 ...and even the cross-over black strap sandals as worn in the film.
The Rear Window doll will be released by Mattel next month,
and is available on pre-order for $34.95. 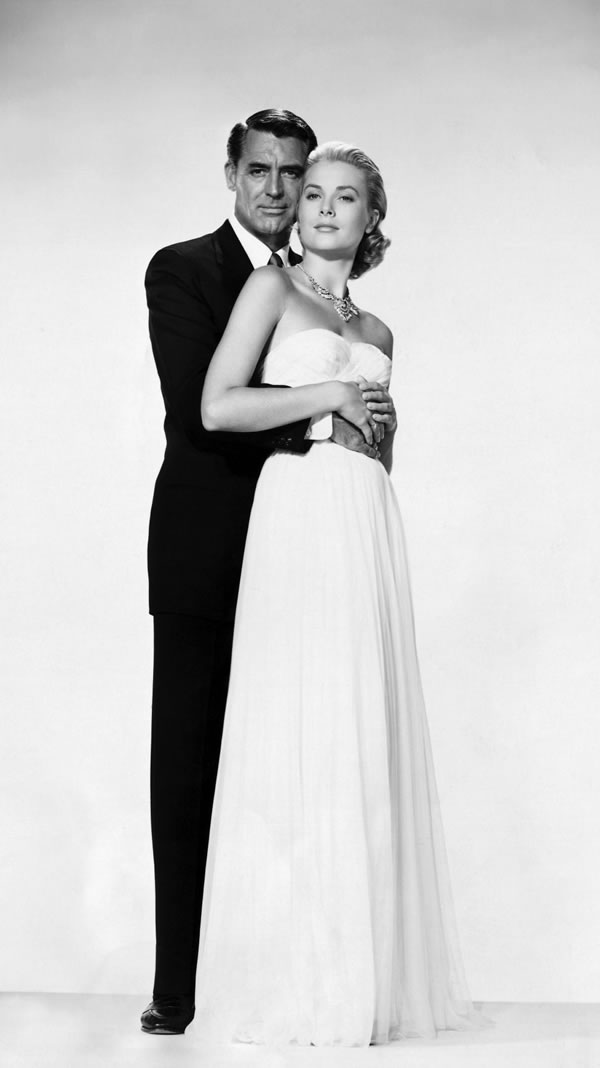 To Catch a Thief (1955), with Cary Grant, has also provided
inspiration for the Barbie Collector series. 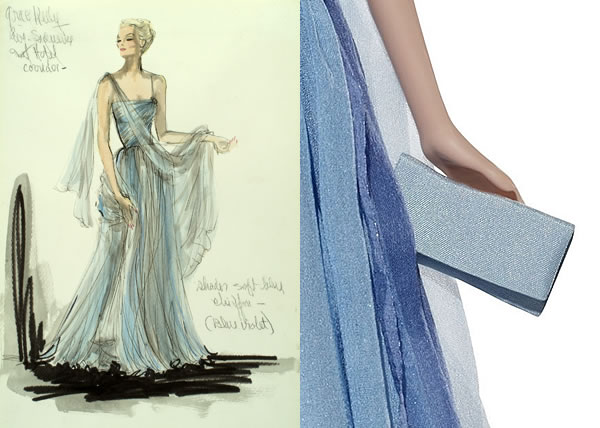 Edith Head's design for the blue chiffon gown has been faithfully copied. 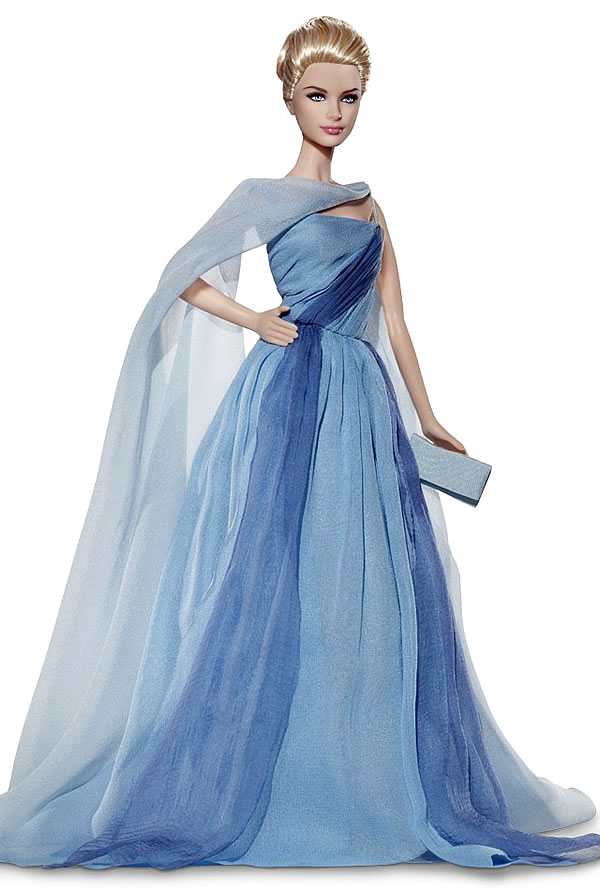 Released earlier this year in June,
the To Catch a Thief version sold out very quickly. 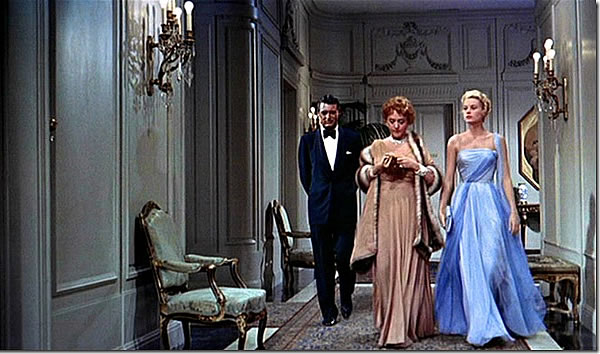 Such elegance in this still from the movie.
What a gown! 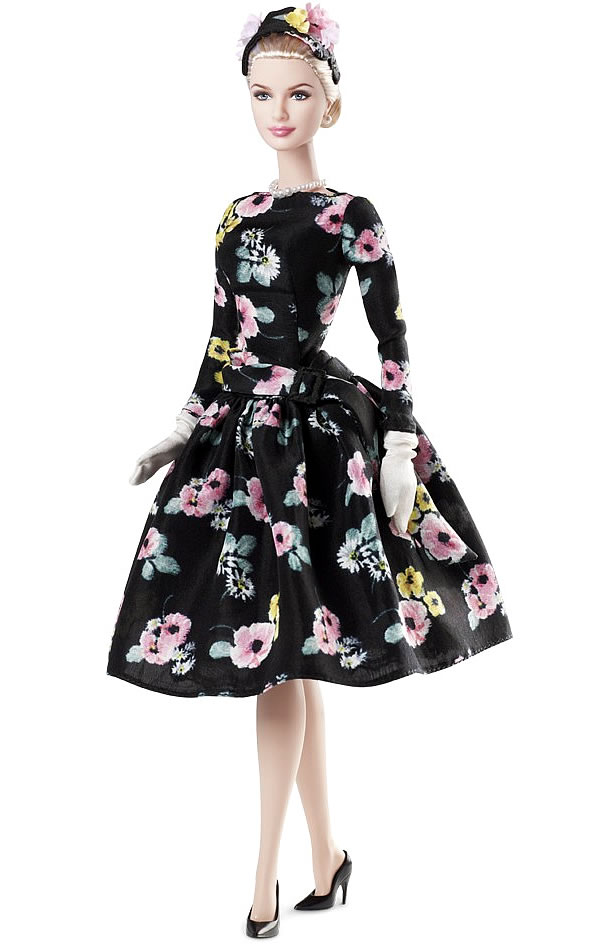 Released last month, the Grace Kelly Romance doll
features a miniature replica of the dress the actress wore
to the Cannes Film Festival in 1955,
where she was to meet her future husband. 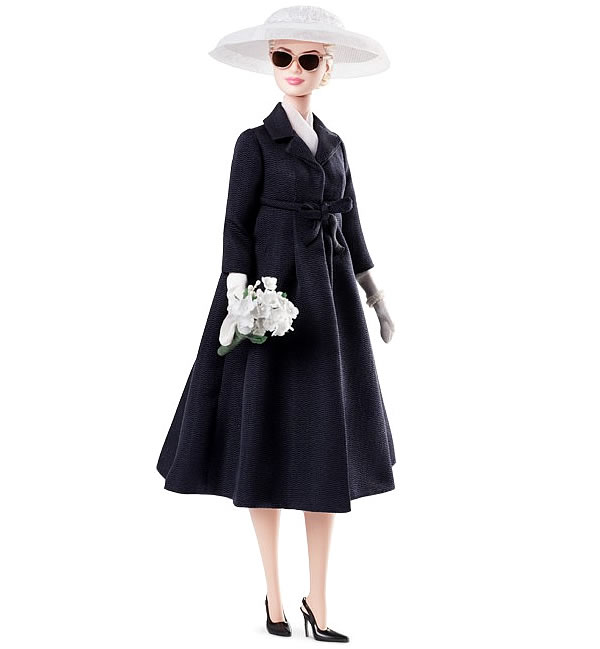 The Romance doll is $135, but it also comes with a swing coat,
sensational little hat + lots of gorgeous accessories.
This one is a limited edition of 4300 units,
so I figure it will be sold out shortly too. 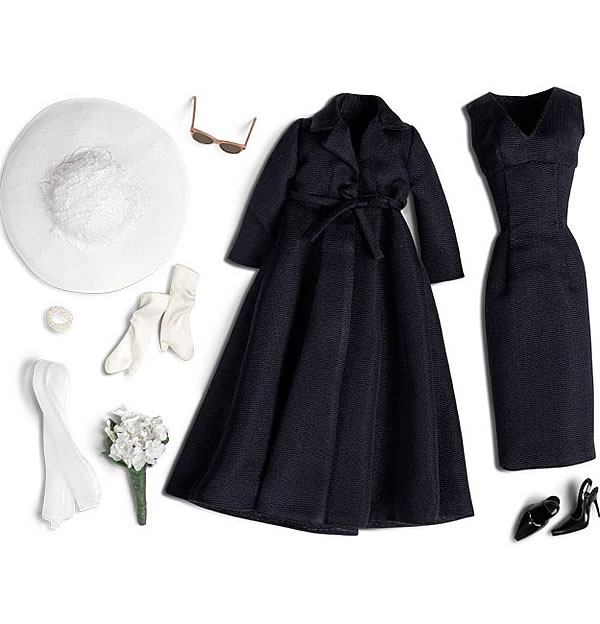 And why, do you ask, am I looking at Barbie dolls?
Well I am hunting for inspiration for a tree topper for
our Christmas tree,
and I figured if we are to have a glamourous tree,
who was ever more glamorous than Grace Kelly?