Now that is a ceiling! The work of Warren Platner 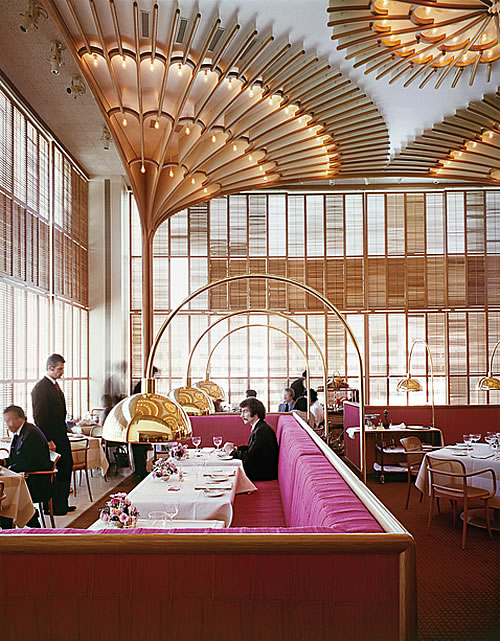 Currently working on the most fabulous early 1970s home in Hawthorn,
so I'm surrounding myself with the best of the era
to engage in the right frame of mind.
This amazing ceiling is the work of the late
American architect & interior designer William Platner.
Let's have a quick look at some of his other work. 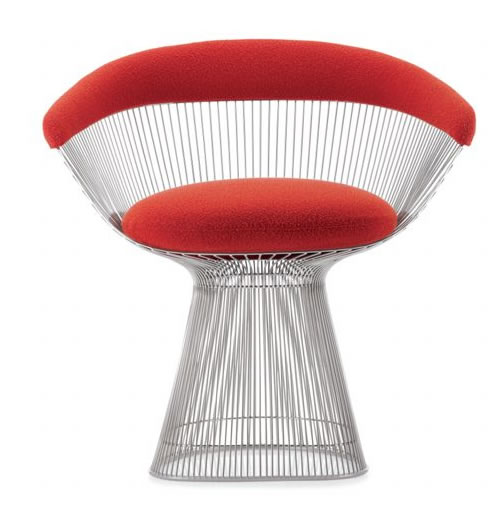 Perhaps best known for his Platner furniture for Knoll in 1962,
William Platner knew how to work a curve
and how to throw a colour or two together. 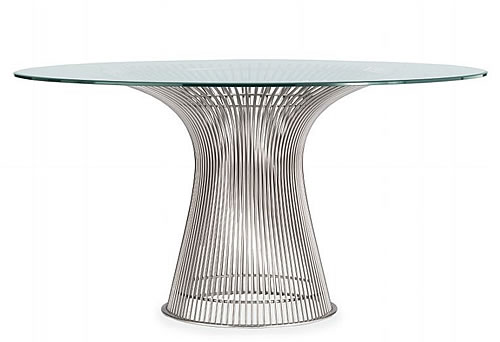 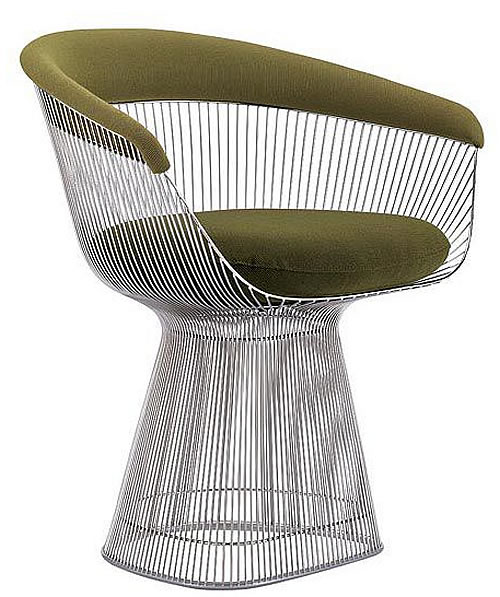 The sensuous curvy lines were a bit of a Platner signature. 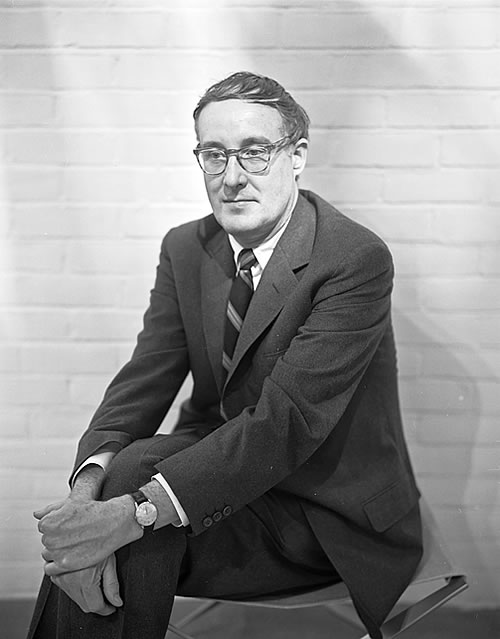 Which just goes to show:
you can't judge a book by its cover. 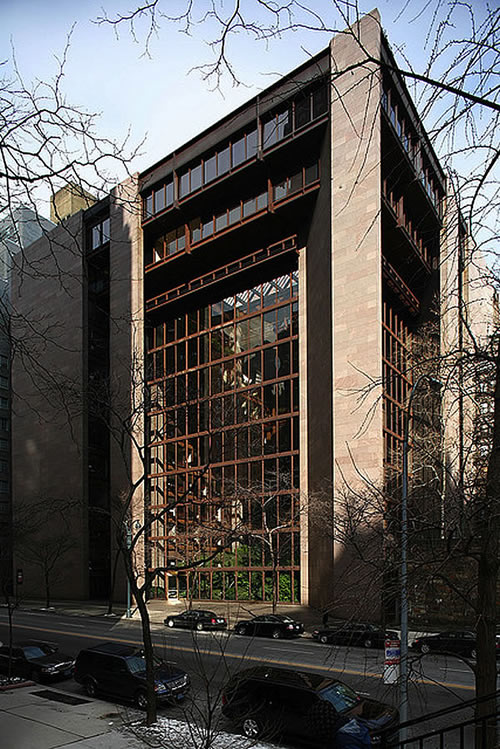 Working for Eero Saarinen & later Kevin Roche,
he developed an interest in interior design.
Platner brought a warm glamour to many of the interiors of
larger scale Modernist buildings of the 1960s.


Like this Ford Foundation building (Manhattan, 1967),
where he introduced timbers in the offices for richness
against the corten steel window frames. 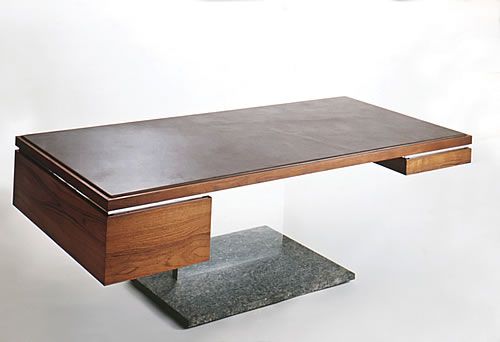 These desks were specifically designed for the project to reduce clutter. 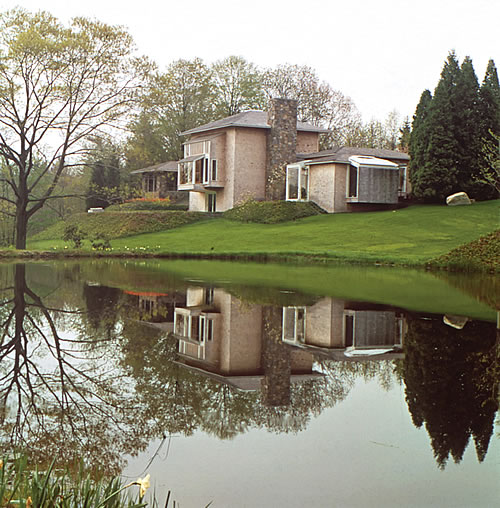 His own house was a mix of Modernism & flamboyance. 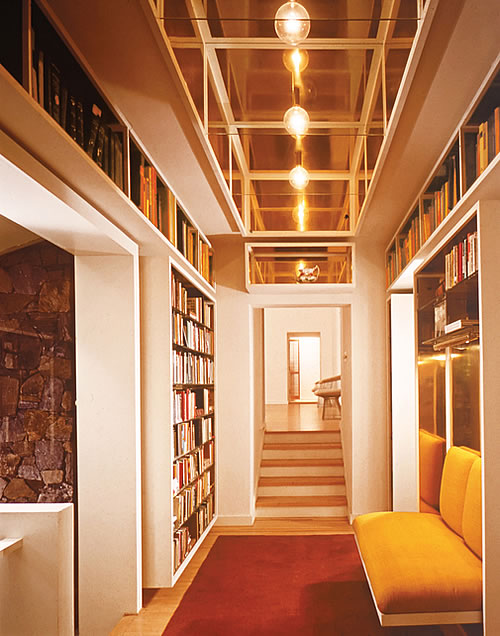 Book lined corridors,
blocks of colour from the yellow banquette & red carpet,
mixed with random stone and a mirrored ceiling.
Yep - it's eclectic! 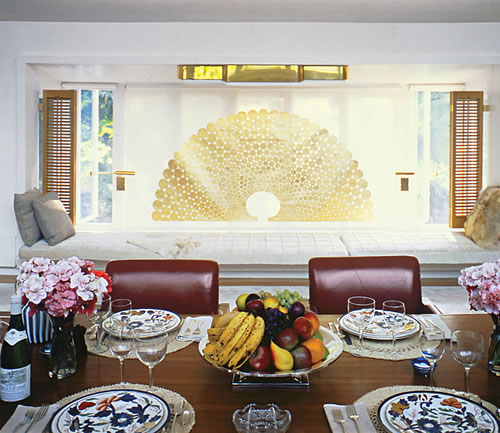 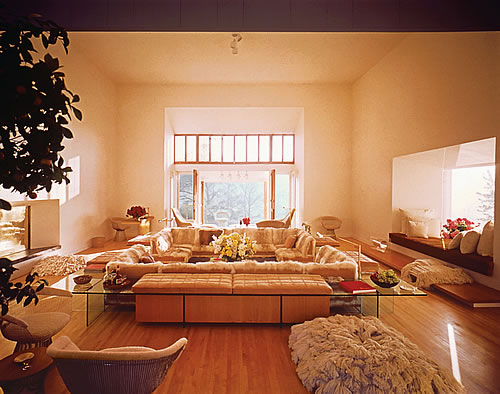 The one room Modernist concept,
but with cosy seating,
deliberately framed windows creating shafts of light
& texture as pattern. 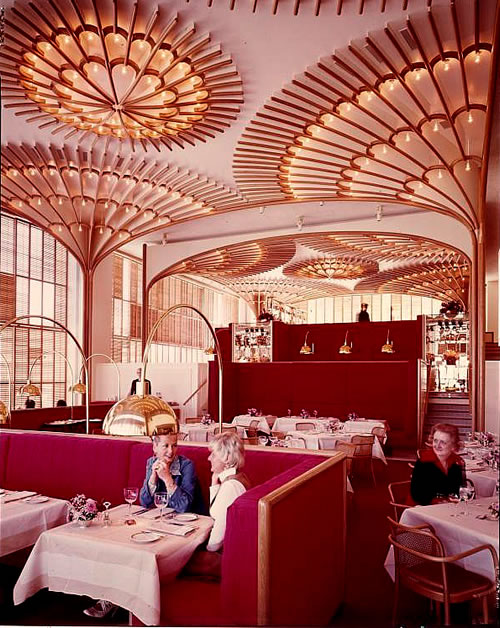 His work became more colourful as the 60s became the 70s.
And perhaps the building which best illustrates his work
as an interior designer of the flamboyant style,
was this confection in Kansas City completed in 1974,
The American Restaurant.

Now that is definitely what I would call a fabulous ceiling!
Shall we pop in for a cocktail or two?