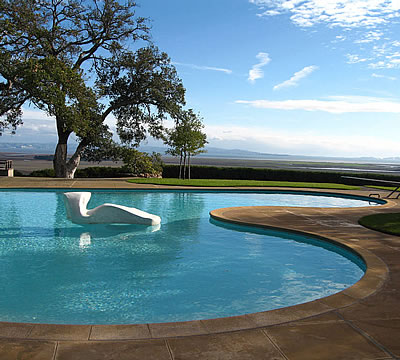 Have always loved the graceful lines
of freeform swimming pools...
the most famous of which is probably
in the Donnell Garden,
by the celebrated 20th century
landscape architect Thomas Church. 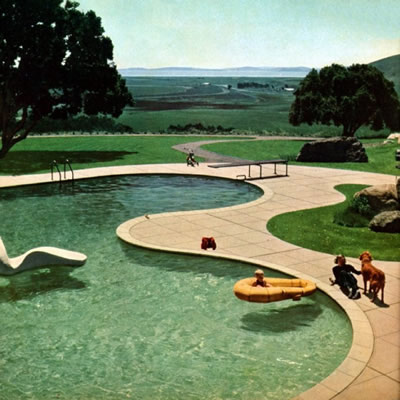 The curvaceous edges mimic the
rolling silhouettes of the landscape beyond. 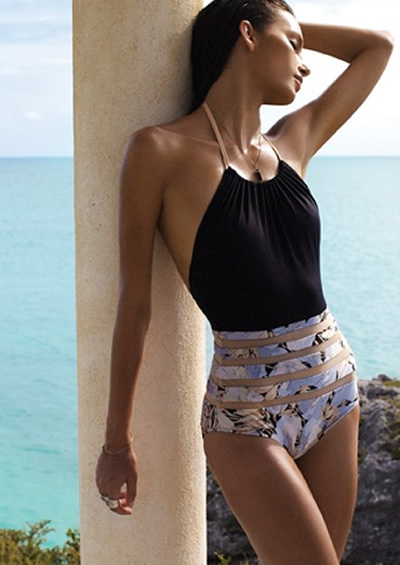 But let's go back in history to
discover how freeform pools first appeared
in landscape design,
which wasn't really so long ago actually!
And as for swimming pools themselves....
It's generally believed that the very first pool
was built in Pakistan, around 2600 BCE.
It was rectangular & lined with bricks. 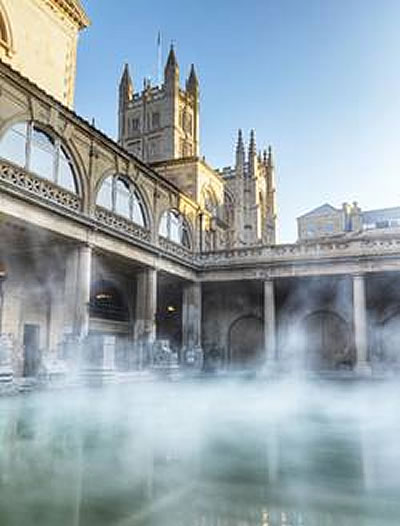 Then, in both Ancient Greece & Rome
pool-baths became extremely popular.
This is the Great Bath at Bath in England. 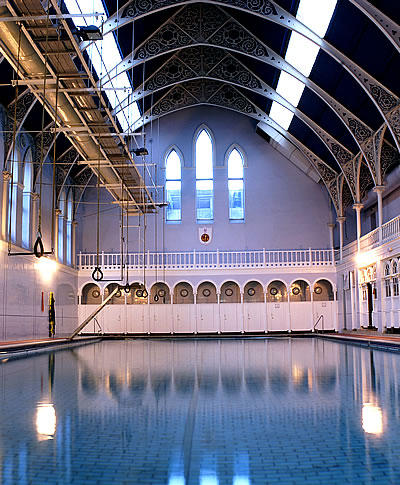 During the Victorian Era in Britain,
bathing became an extremely popular pastime.
The Arlington Bath Club in Glasgow {1870}
features the beautiful ironwork
of the time in these delicately patterned trusses.
I could stare at this image all day!
It's almost more like a church design,
except with water for the floor. 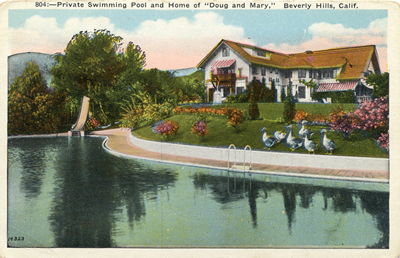 But the first non-rectangular or curved pool
was thought to be the extraordinary one at Pickfair,
the Beverly Hills home of
Mary Pickford & Douglas Fairbanks. 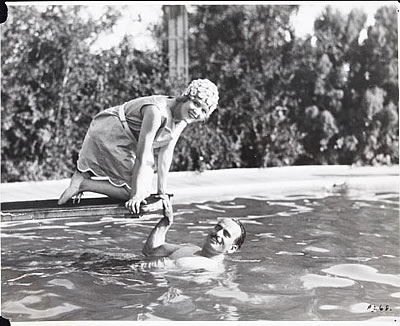 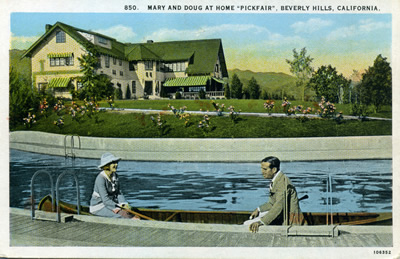 Built in 1920, it was large enough to row a boat,
with the gently curving concrete sides
constructed as a lapped edge. 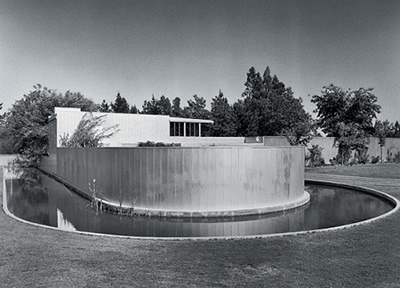 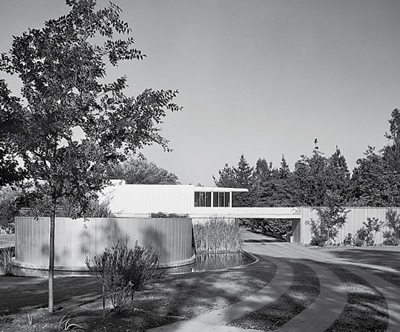 Richard Neutra was playing with curved pools
in his 1935 Von Sternberg House,
in a modern interpretation of a moat. 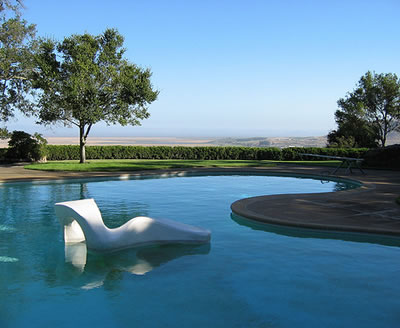 But it was the completely radical design
by Thomas Church in 1947,
for the Donnell family in California,
which was the first true free-form or kidney shaped pool.
As art & island,
the white sculpture by Adaline Kent
perfectly mirrors the organic lines of both
the pool and the vista. 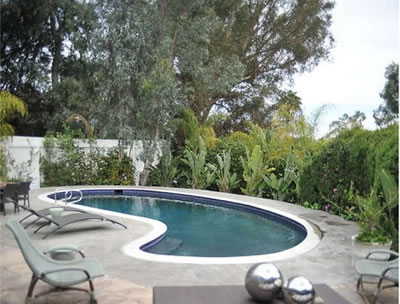 The Donnell pool came to represent the quintessential
Californian Modernist indoor-outdoor lifestyle,
and it began to appear in various forms
around the world. 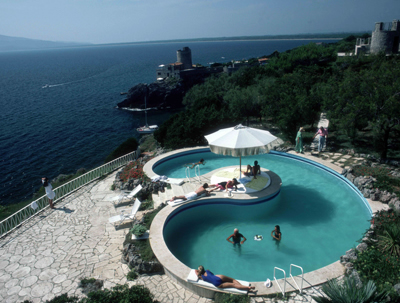 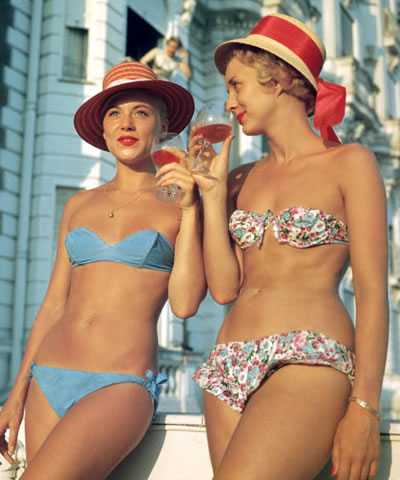 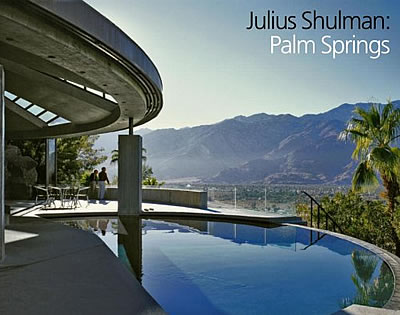 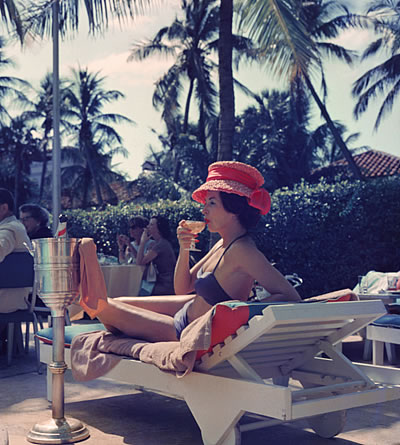 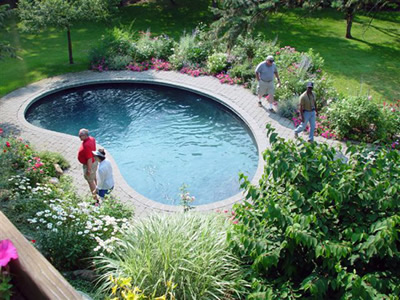 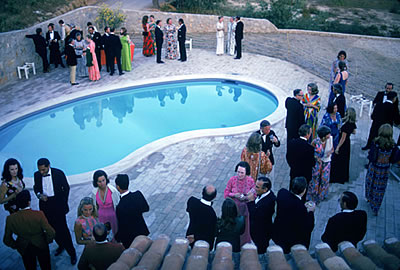 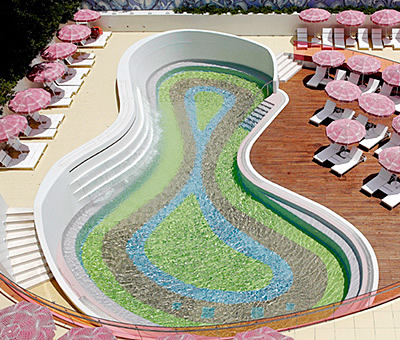 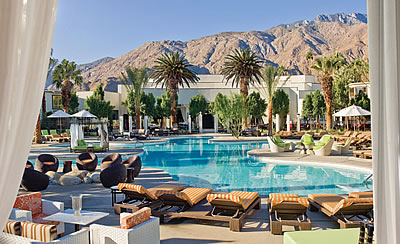 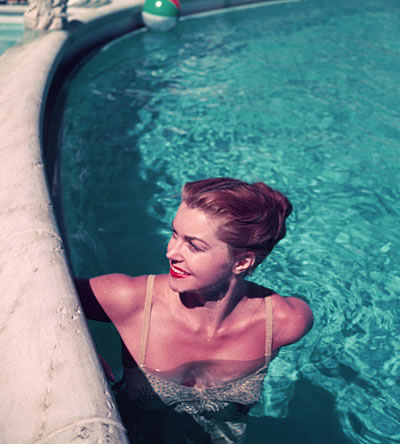 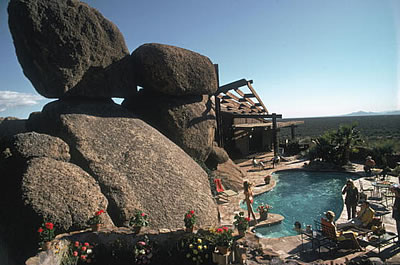