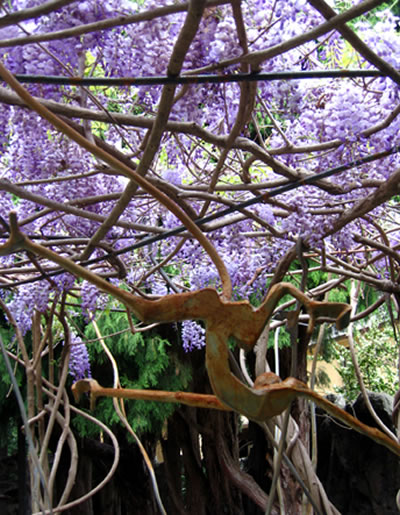 Utterly bewitched by this extraordinary garden,
reclaimed and re~grown,
from where a private zoo once stood. 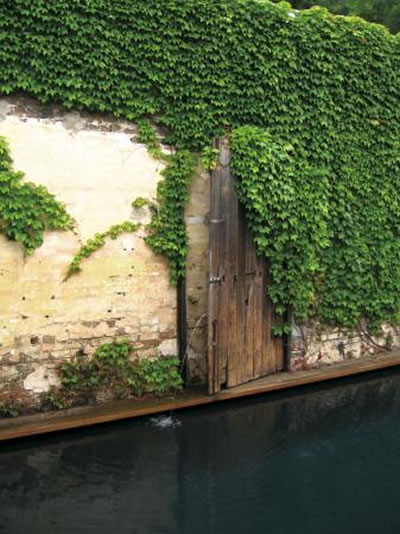 Fragments of the old zoo's walls have been kept
and cleverly incorporated into the garden in Sydney. 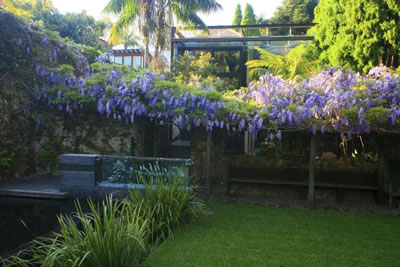 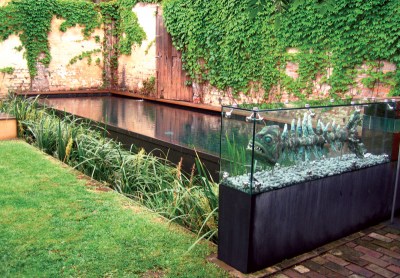 Even a fish skeleten has been given a new home,
in a design which seamlessly works it's way into
this modern + old garden. 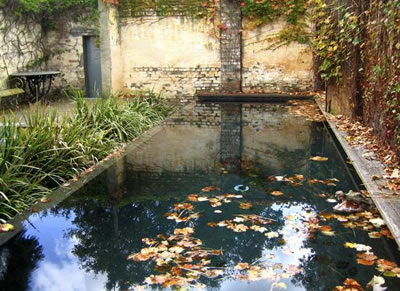 It is called the Garden of Ghosts
because of its history.
But I think the designers have also cleverly
captured a feeling of history, too. 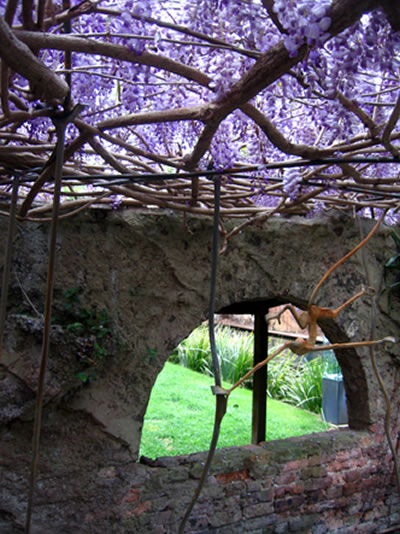 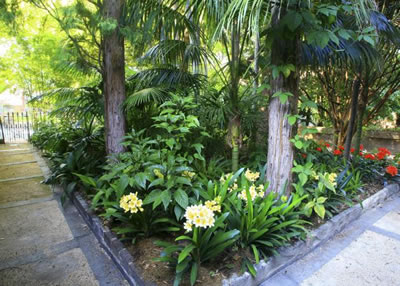 While Sydney's sub-tropical climate allows
cliveas and palms to thrive. 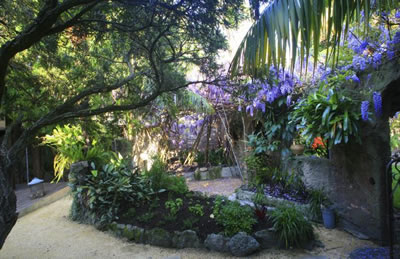 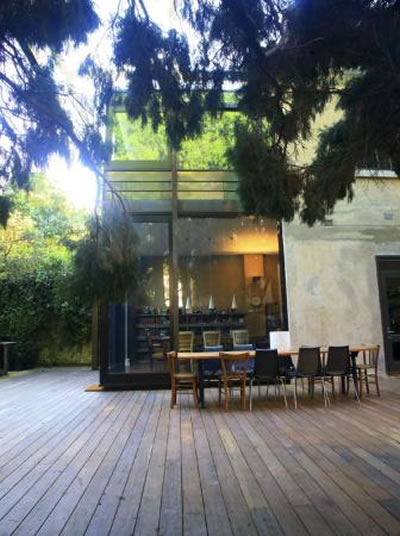 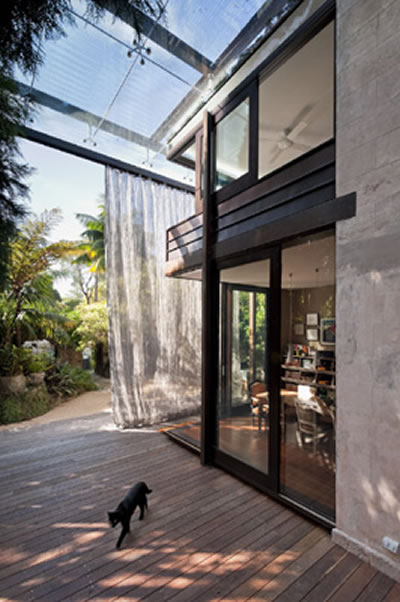 I guess a Garden of Ghosts would have
to feature a black cat?
But have a look, too, at these lovely
outdoor curtains strung high on the hardwood.
Clever. 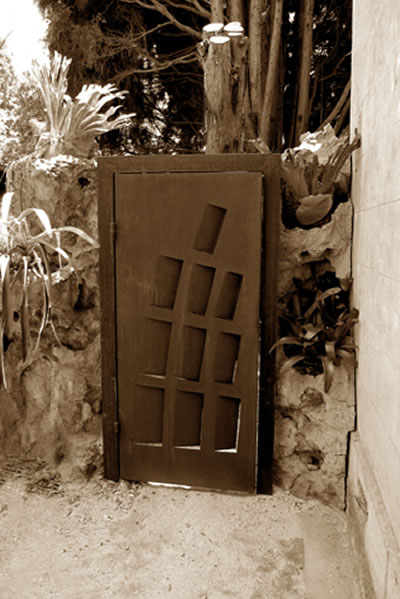 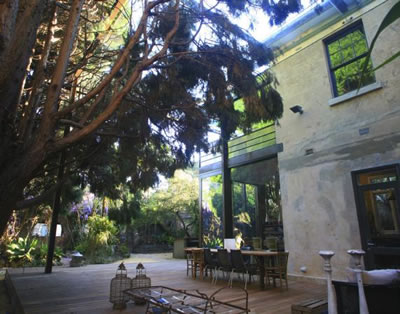 It's one of those wonderful gardens
which play with light and shadow.
So you feel like you are exploring. 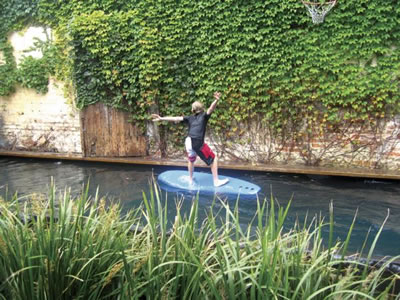 And it's also a garden that allows its
occupants to not take it too seriously.
It's designed for life.
So it is a Garden of Living,
as well as a Garden of Ghosts.
Landscape Design & Images: Terragram
Architects:  Allen Jack + Cottier
Photographer: Nick Bailey + Vladimir Sitta {terragram}
Tweet